She is the Love Island 2018 bombshell known for her stunning looks and figure.

And Megan Barton Hanson looked incredible as she stripped off to lingerie for her latest social media snap to promote her OnlyFans page on Monday.

The star, 26, displayed her ample cleavage and taut midriff in a semi-sheer yellow bra paired with thong underwear as she snapped the selfie. 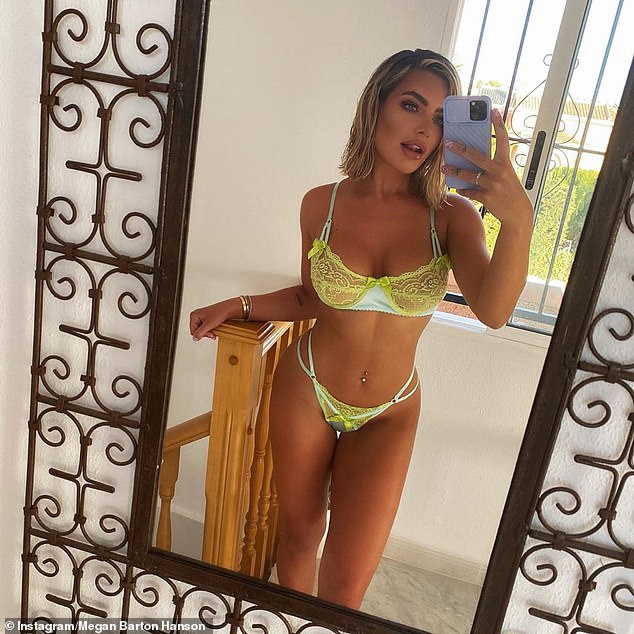 Wow: Megan Barton Hanson looked incredible as she stripped off to lingerie for her latest social media snap on Monday

Megan oozed confidence as she put on an eye-popping display in the yellow and pale blue lace bra, which also drew the eye to her slender waist.

The matching underwear exhibited her bronzed legs in the sizzling snap.

Her caramel flecked brunette tresses were styled in soft waves while her pretty features were enhanced with smoky shadow, fluttery lashes and nude gloss. 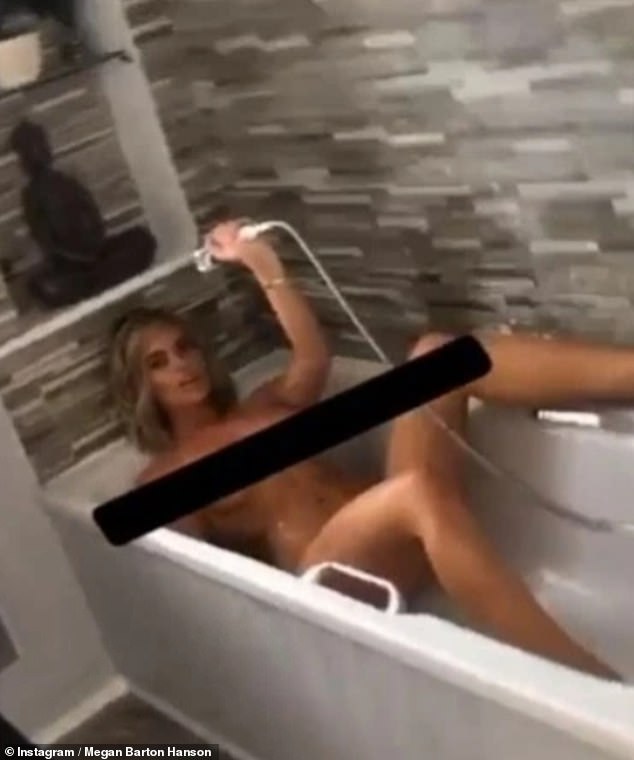 Essex girl Megan was initially revealed to have had an OnlyFans account as she embarked on her meteoric rise to reality TV fame in June of 2018.

At the time, Megan was said to have kept her subscribers entertained with content that included nude snapshots of videos of her in the shower.

The brunette stepped away from OnlyFans after making it to the Love Island final with her then-boyfriend Wes Nelson, as they made the most of their newfound fame.

Megan previously revealed that she had received death threats over her decision to get cosmetic surgery after it was revealed she’d been under the knife. 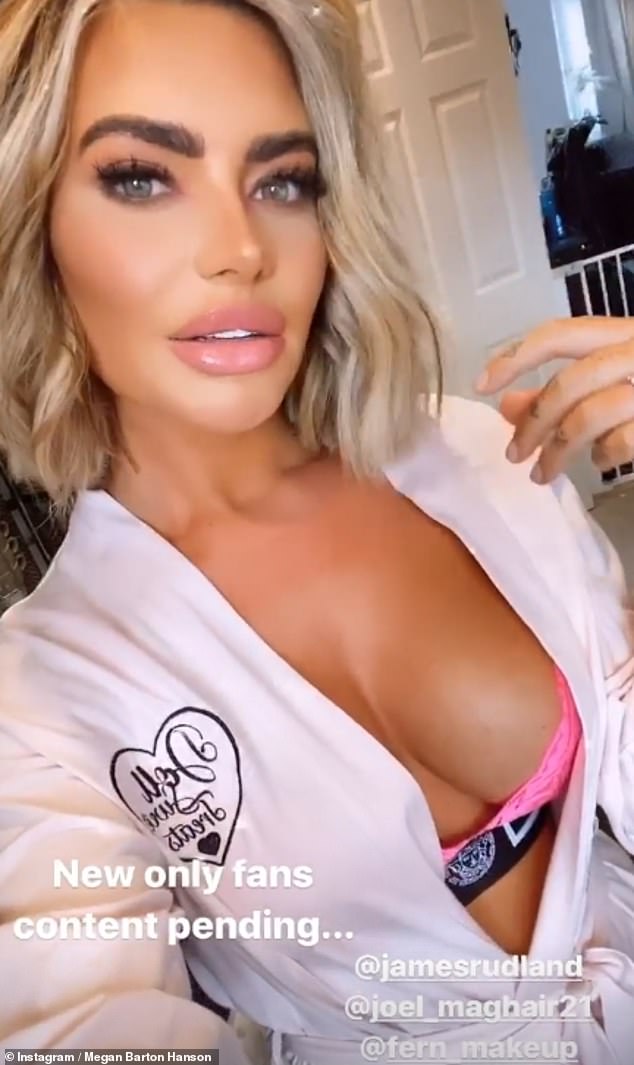 Less is more: The Love Island star left nothing to the imagination as she posed up a storm in a bathtub, before switching into pink lingerie to plug her account recently

Speaking to Kathy Burke during a segment on her documentary All Woman last year, Megan spoke about the backlash she received after appearing on Love Island.

She revealed: ‘I got so much stick for it in the island.

‘There would be comments that I was fake and plastic. I was getting death threats at one point. I think people just love to hate.’

Megan added: ‘Whether you edit yourself on these apps or in real life you get so much stick. These platforms are out here and these adverts are targeted at girls my age. They encourage it and when you do it you get vilified.’

Comeback: Essex girl Megan was initially revealed to have had an OnlyFans account as she embarked on her meteoric rise to reality TV fame in June of 2018