He’s been pictured spending time at the beach in Malibu, California, for the past month with his wife of fifteen years, Luciana Barroso.

But on Wednesday, Matt Damon hit the waves without his family, as he enjoyed a day of surfing solo, then was later accompanied by a female friend for a game of catch on the sand.

Matt, 49, showed off his impressively buff physique in his wet suit, while his pal also displayed her toned bikini body in a blue two-piece. 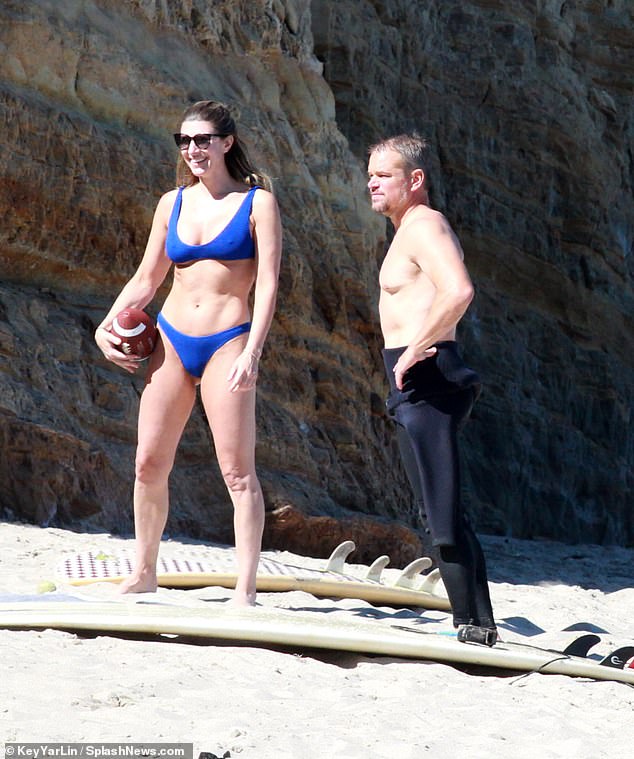 Pals: Matt Damon and a bikini-clad friend display their toned beach bodies while surfing and playing ball in Malibu on Wednesday

The Good Will Hunting star has been taking numerous trips to the beach lately with large groups of friends – and was recently seen with his buddy Ben Affleck and his new girlfriend Ana de Armas.

Earlier this year it was first revealed that Matt and his family were isolating in Ireland after becoming stuck by a travel ban enforced on the country. 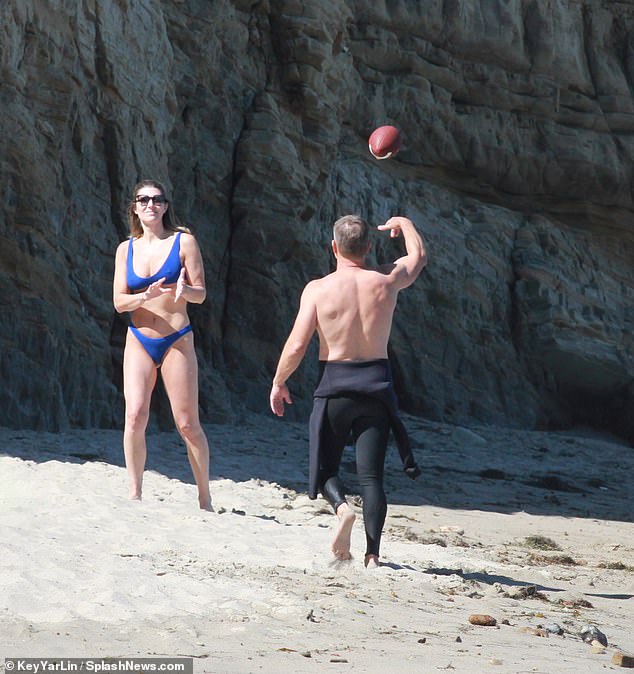 Playing ball: Matt, 49, showed off his impressively buff physique in his wet suit, while his pal also displayed her toned bikini body in a blue two-piece

Matt first spoke about living in lockdown in the Emerald Isle during an interview with Graham O’Toole and Nathan O’Reilly on Ireland’s Spin 103.8’s Fully Charged.

During the interview the star also revealed that Alexia had made a full recovery from coronavirus while living in New York City.

Despite her being from Luciana’s previous relationship however he referred to her as his ‘eldest daughter.’ 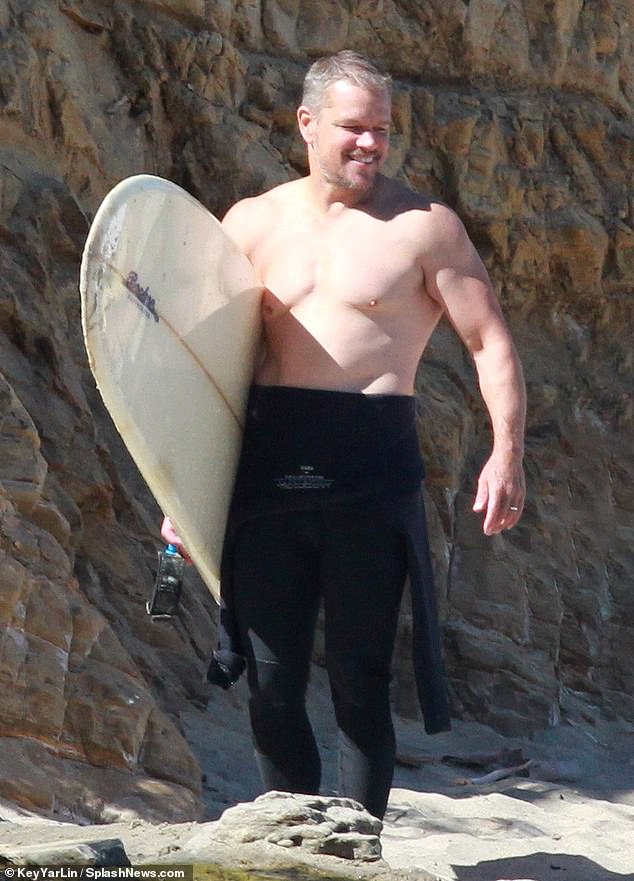 Buff! Matt showed off his fit physique while taking to the waves in Malibu

He said: ‘Our oldest daughter is in college, she’s in NYC. She had COVID really early on, along with her roommates and got through it fine. But everybody’s OK…’

‘For Lucy’s mum and my mum, it’s scary for that generation. I think we’ve all got the message now, everyone’s doing the isolation and social distancing and hand-washing and everything we can to mitigate this but it’s frightening, certainly for our parents.’

Speaking about his time in Ireland, he said: ‘It’s incredible. This is one of the most beautiful places I’ve ever been. It feels a little like a fairytale here. Bono lives over there, Enya lives over there’.

The star and his family have since jetted back to their home in California where they can make the most of the sun-soaked beaches and beautiful weather. 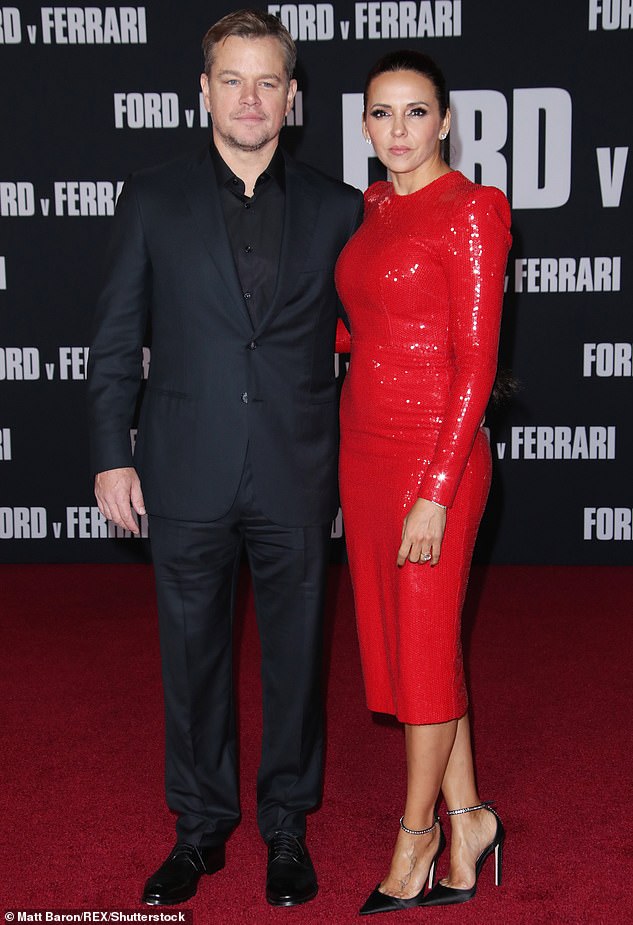 Family man: Damon has been enjoying some quality family time during quarantine with his Argentinian bride, 44, and their daughters Isabella, 14, Gia, 11, and Stella, nine (pictured in November, 2019)