‘I’m locked up with the girl of my dreams!’ Mark Wright gushes about isolating with wife Michelle Keegan after years of being in a ‘long-distance relationship’

Mark Wright has revealed that he’s thoroughly enjoying isolating with his wife Michelle Keegan amid the nationwide COVID-19 lockdown.

The presenter, 33, and his actress wife, 32, spent much time apart after their 2015 wedding, with Mark co-hosting entertainment news show Extra in the US and Michelle travelling the world to shoot her hit drama Our Girl.

And former TOWIE star Mark has said he’s thrilled to be enjoying extended time with the onetime Coronation Street favourite, branding her ‘the girl of [his] dreams.’ 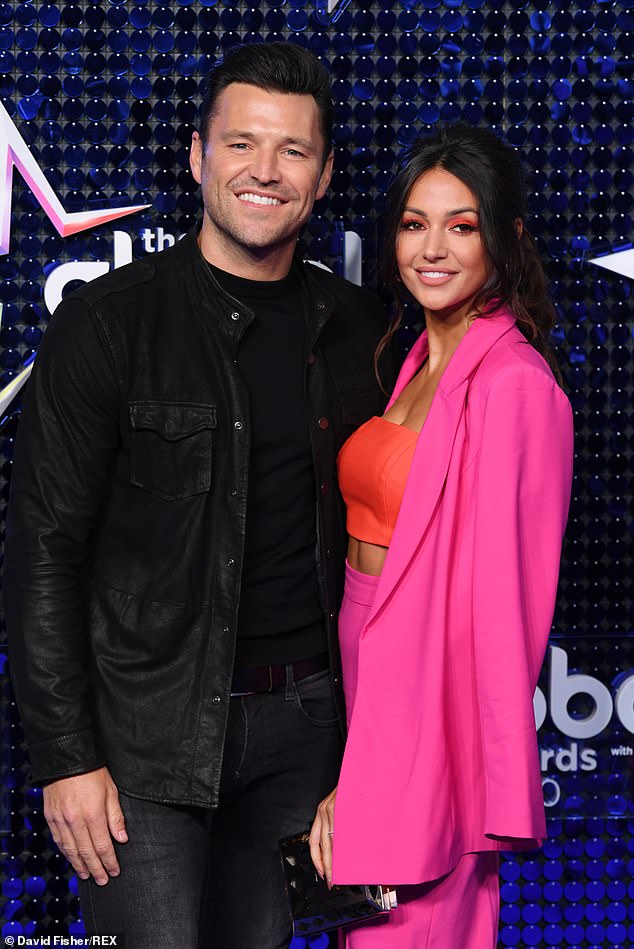 Loving it: Mark Wright has revealed that he’s thoroughly enjoying isolating with his wife Michelle Keegan amid the nationwide COVID-19 lockdown. Pictured together in March

He told The Sun: ‘After years of having a long-distance relationship, I’m now locked up with the girl of my dreams. We used to spend all our time on FaceTime calls and talking for hours on the phone in different time zones, but now we are together every minute of the day.

‘It’s nice to just sit together in the evening in front of the TV without having to worry about rushing off. That time is important as a couple — just being together. We’ve been cooking together a lot and Michelle is a cracking chef.’

He continued: ‘She has made a lot of delicious banana bread and lets me be her sous chef, so I help out. I really think this period is going to make everyone more grateful for the amazing friends and family they have.’ 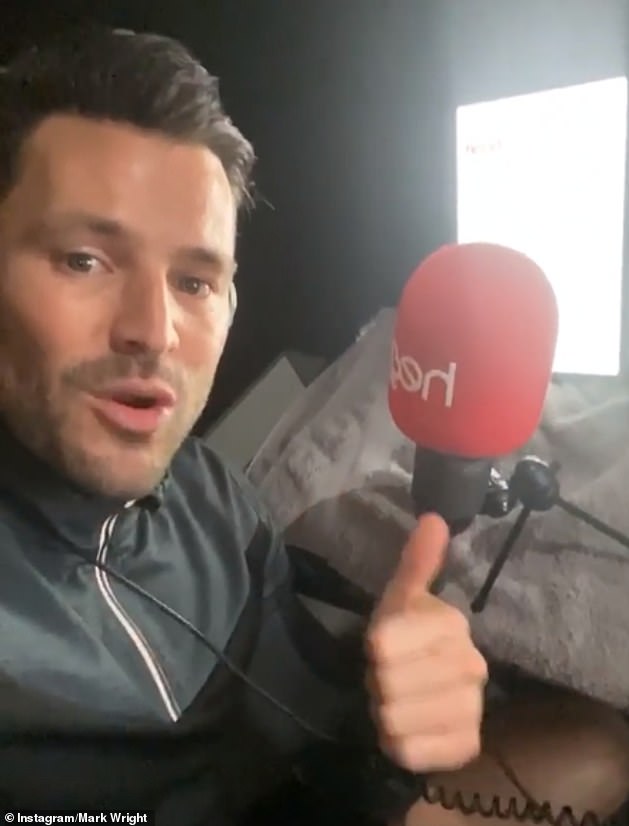 Home: The star has been presenting his new radio show on Heart from the couple’s property

The couple purchased their £2million property together in 2013, two years before they walked down the aisle.

And Michelle shared a rare snap of her home in Chigwell, Essex, on Saturday as she revealed she was enjoying a peaceful garden day amid the UK COVID-19 lockdown.

The Our Girl actress took to Instagram to post a picture of her incredible Koi Carp pond complete with a bridge.

She wrote: ‘Feeling grateful in the solitude today and finding peace in the silence. Sending love to anyone who needs it right now…What are you grateful for??’

In the snap, Michelle’s beloved sausage dog Phoebe is seen running over the bridge with a collection of Koi Carp fish swimming underneath. 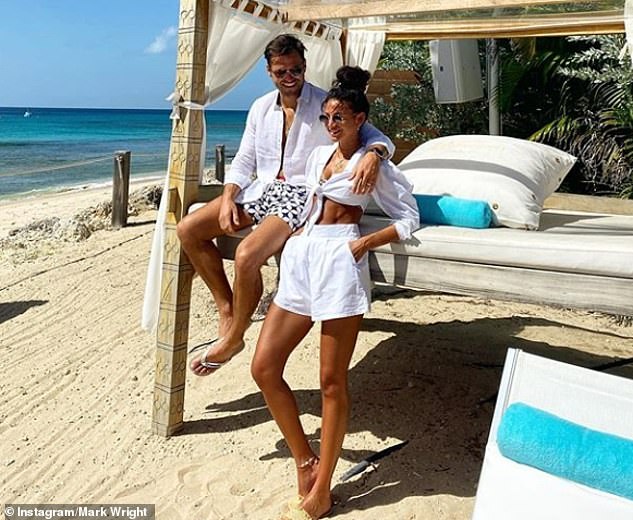 Love nest: The photogenic couple purchased their £2million property together in 2013, two years before they walked down the aisle

While in the background of the photo can be seen sprawling acres of Essex countryside.

It comes after Michelle joined husband Mark on his new Heart radio evening show on Tuesday and revealed the most annoying thing he has been doing while working at home.

The Our Girl star playfully took a dig at her former TOWIE star husband as she announced that he puts on a ‘radio voice’ when speaking to his audience.

Presenting from the couple’s living room, Mark opened the debate by discussing people seeing different sides to their partners when they work from home. 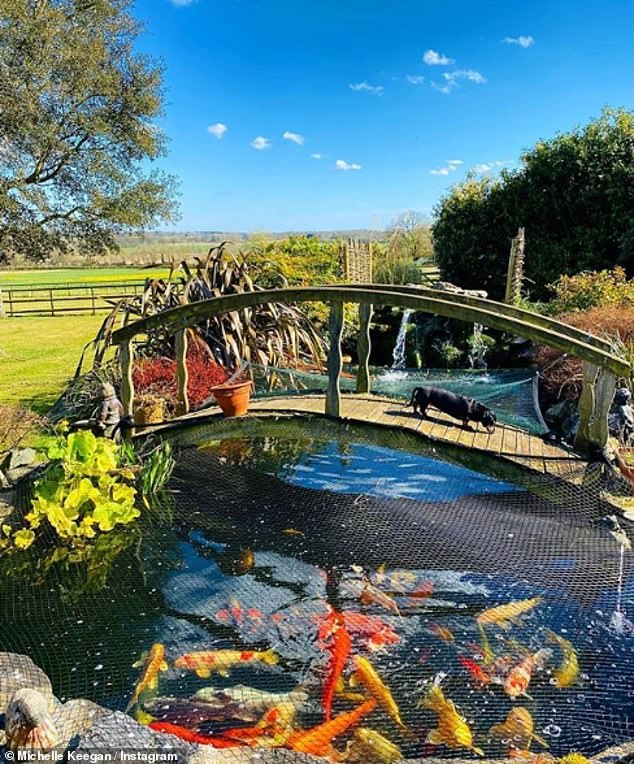 Wow: Last week, Michelle, 32, took to Instagram to post a picture of her incredible Koi Carp pond with her beloved sausage dog Phoebe running over its bridge

‘One person who can confirm that though is my wife Michelle of course, she’s here with me all day everyday.

‘Babe, you’re sitting here now listening to the show, what are the most annoying things you would say I’ve been doing?’

Michelle hilariously responded: ‘Uh well, to be fair you’ve actually been alright, but you have been doing the radio at home and you have got a bit of a ‘radio voice’, you do put that voice on.

‘I don’t know where it’s come from, it works, it works, but you have got a bit of a radio voice.’

A dumbfound Mark retorted: ‘You know what I love about this, I said to her, do not tell me what you are going to say.’

An undeterred Michelle responded: ‘It’s like a phone voice, you know when you were younger you heard your mum and dad on the phone, that’s what you do for radio.’

Mark said: ‘But you have to, you can’t just talk like “oh babe just get me a cup of tea”.’

The beauty then responded: ‘You don’t talk like that either, I don’t know where that voice has come from!’

Taking the playful jibe in good form, Mark added:  ‘She’s absolutely killing me off here on the radio!’ 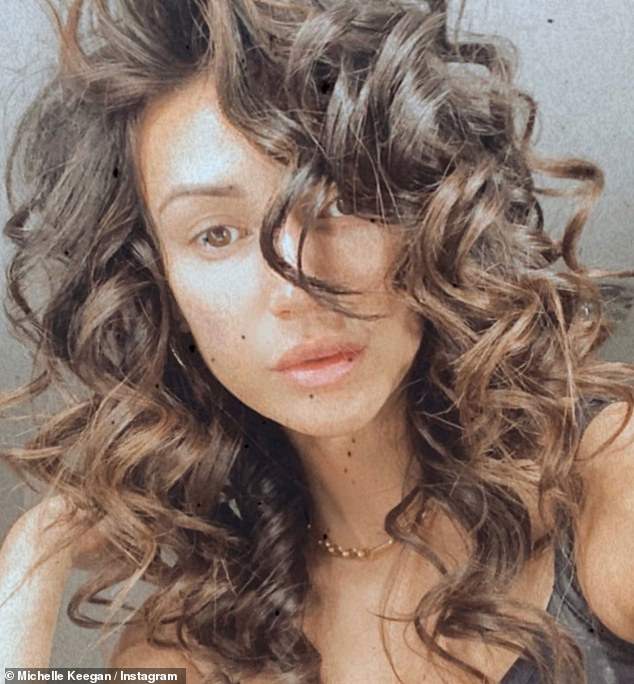 Dream girl: Mark gushed of Michelle, ‘After years of having a long-distance relationship, I’m now locked up with the girl of my dreams’