Mark Ronson, 45, and Meryl Streep’s daughter Grace Gummer, 35, are a vision of style as they hit the red carpet for the first time since surprise engagement

She recently accepted his proposal.

And Mark Ronson and his new fiancee Grace Gummer looked the perfect match as they attended the opening of the Gucci East Hampton boutique in the Hamptons on Saturday.

The appearance marked the first time Mark, 45, and his ladylove, 35, had hit a red carpet together since becoming engaged several weeks ago. 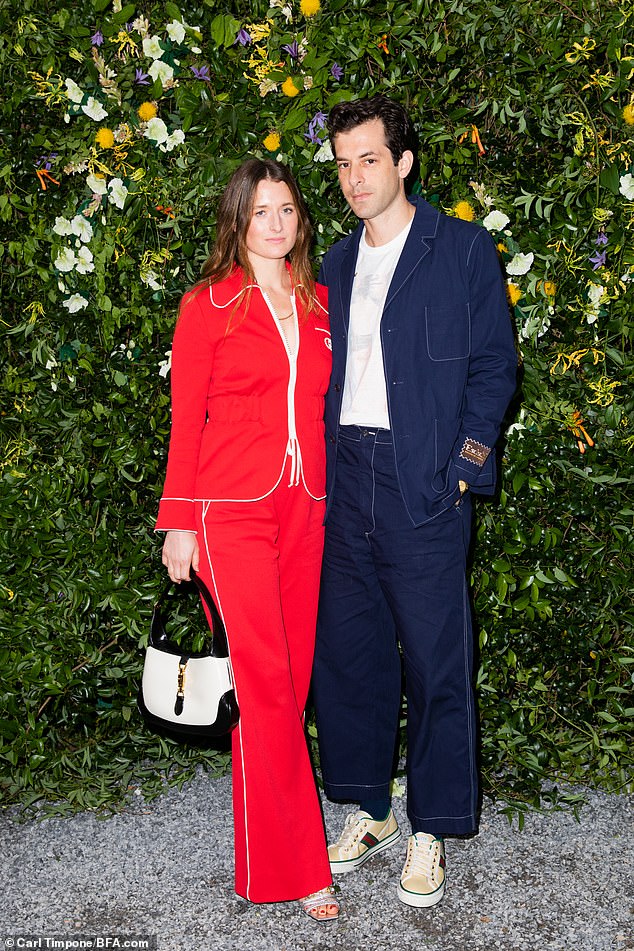 Loved-up! Mark Ronson and his new fiancee Grace Gummer looked the perfect match as they attended the opening of the Gucci East Hampton boutique in the Hamptons on Saturday

Both clad in Gucci, the couple were the picture of style as they enjoyed a night out in the ritzy community.

Grace was a vision of sporty sophistication in a red tracksuit, metallic wheels, and exquisite leather handbag.

She wore her glossy brunette hair down and touched up her complexion with a dewy strike of makeup.

She rocked a glittering gold necklace, however her engagement ring remained out of view. 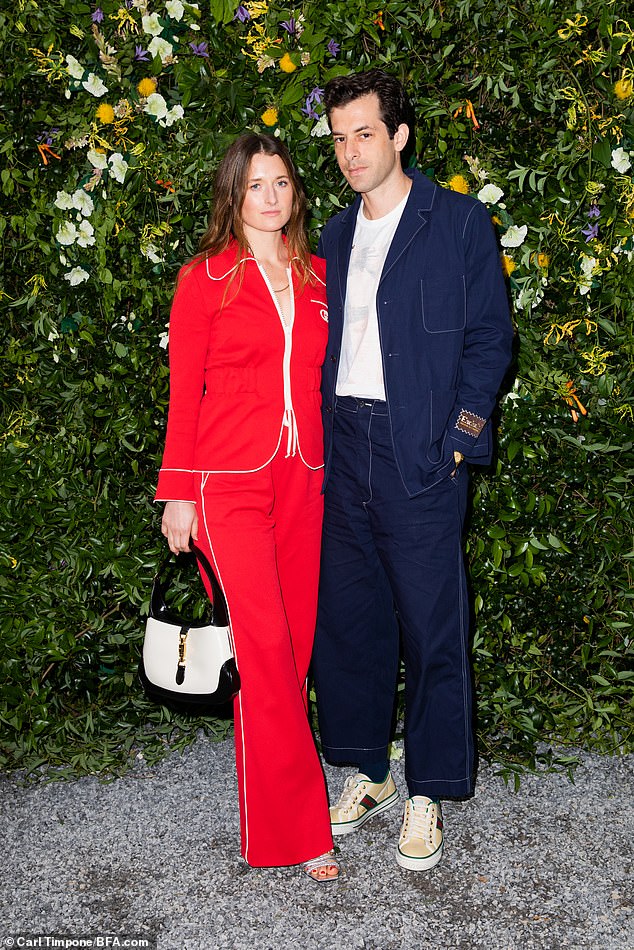 His and hers! Both clad in Gucci, the couple were the picture of style as they enjoyed a night out in the ritzy community 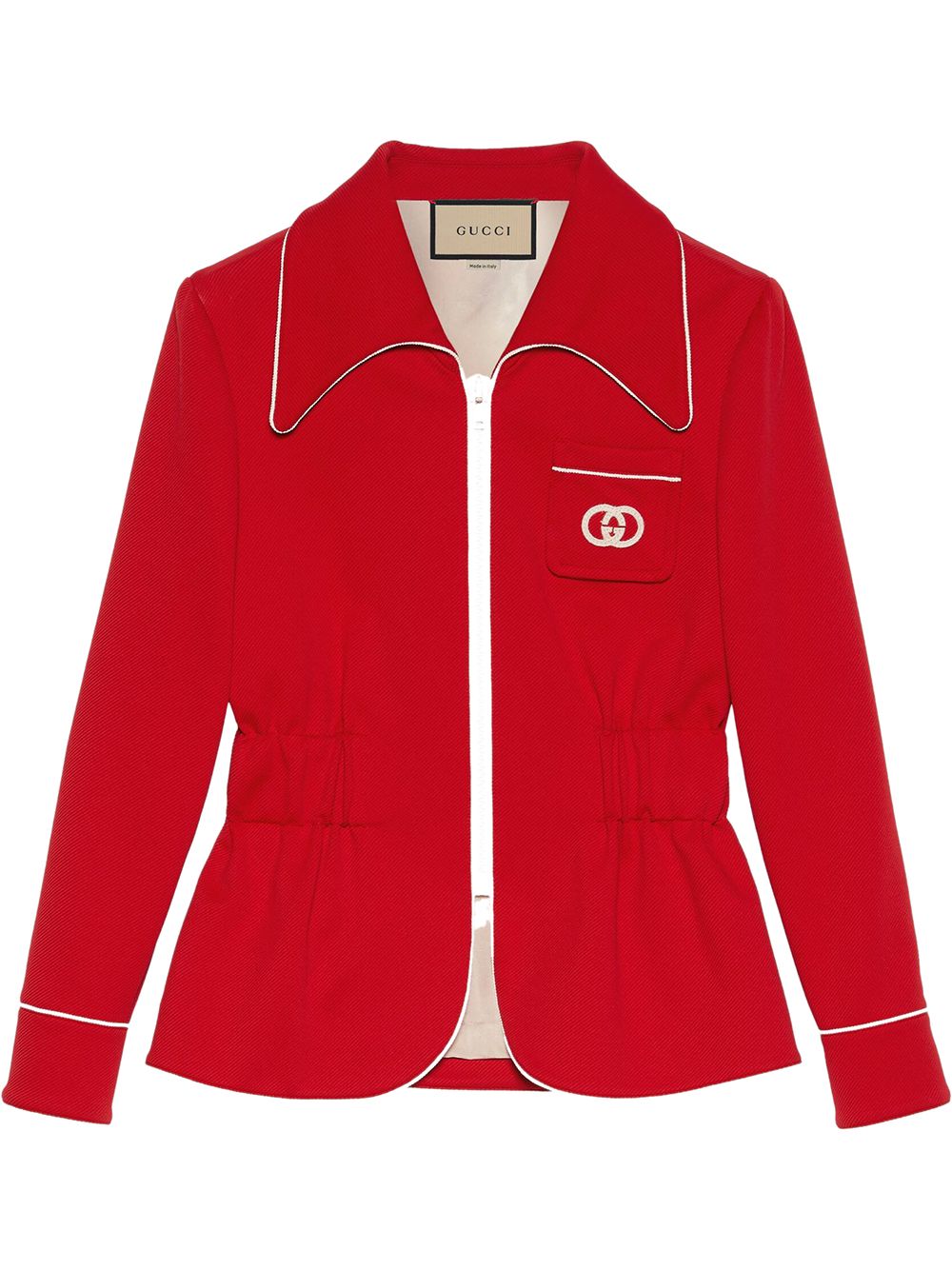 The hit-maker kept the party going throughout the night as he hit the DJ booth.

The party comes weeks after Mark confirmed his engagement to Grace, the daughter of Meryl Streep.

The couple first sparked betrothal rumors in May when Grace was seen wearing a dazzling diamond on her ring finger in London. 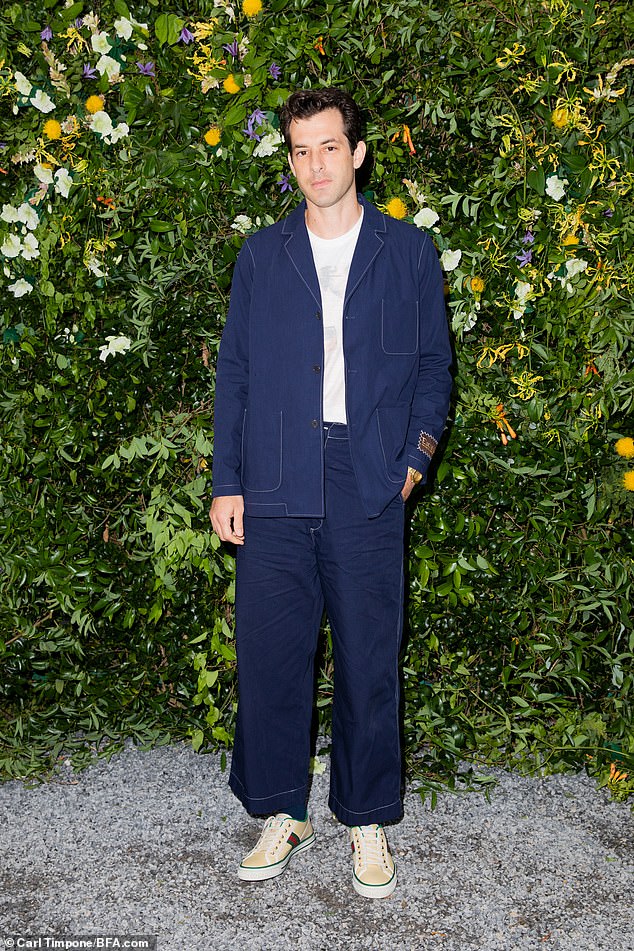 He went on to recall his first kiss with his fiancée, admitting it was a ‘corny’ experience. 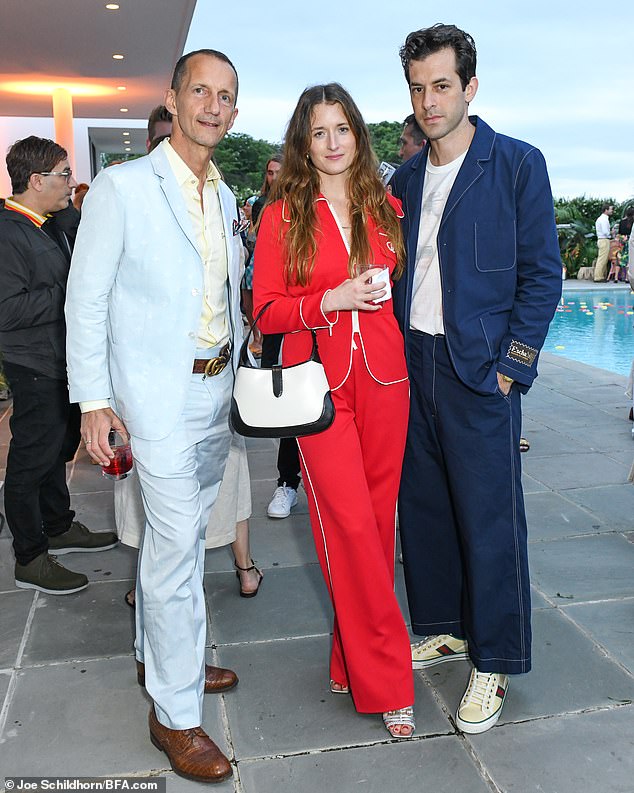 Rubbing elbows! The couple mingled about the bash with the likes of Robert Triefus, Gucci’s EVP of brand and customer engagement 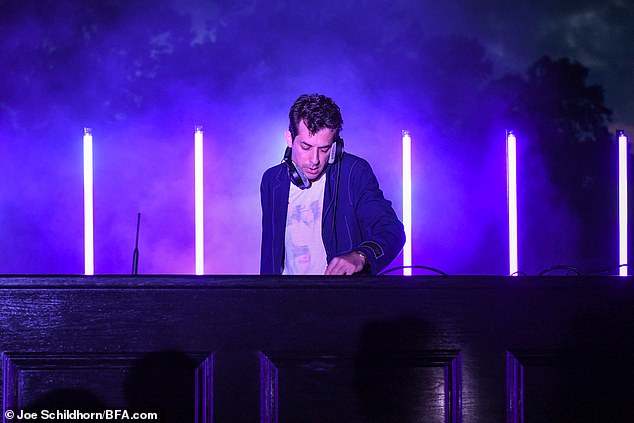 Party time! Ronson kept the party going as he hit the DJ booth

‘But no, it was forever, it will be etched. It’s still my record.’

It was first reported in March that Mark and Grace were in a relationship with the duo said to have been dating since last year.

Earlier this year, it was claimed that Mark and Grace were an item after they were first linked in September during a cosy dinner date in New York. 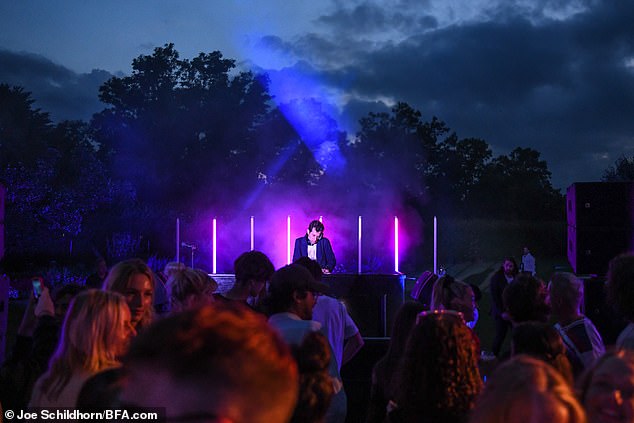