The world is in mourning as the life of Queen Elizabeth II passed has come to an end at the age of 96. In a statement, King Charles III, as her oldest son is now known, said: “The death of my beloved Mother, Her Majesty The Queen, is a moment of the greatest sadness for me and all members of my family. “We mourn profoundly the passing of a cherished Sovereign and a much-loved Mother. I know her loss will be deeply felt throughout the country, the Realms and the Commonwealth, and by countless people around the world. During this period of mourning and change, my family and I will be comforted and sustained by our knowledge of the respect and deep affection in which the Queen was so widely held.”

While the Queen enjoyed fruitful relationships within the world of politics, she also developed strong bonds with celebrities, musicians and film stars throughout the generations.

Among those was Hollywood star Marilyn Monroe, the acclaimed actress in films such as Niagara and Some Like It Hot.

The pair reportedly met during the premiere of the 1956 film The Battle of the River Plate, and after it was shown the gathered celebrities were required to line up on stage and take a bow, one by one, and meet Her Majesty.

For Monroe, though, this exchange panicked her, as she hadn’t attended the rehearsals, and so didn’t know what to do next. 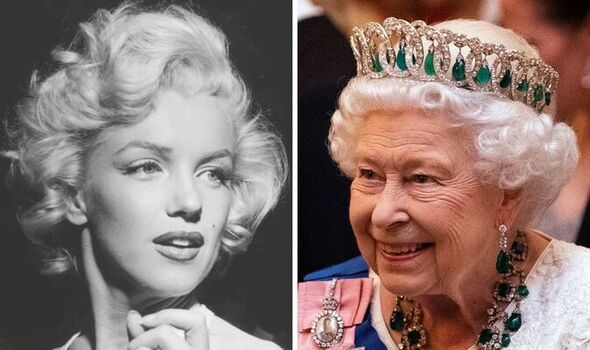 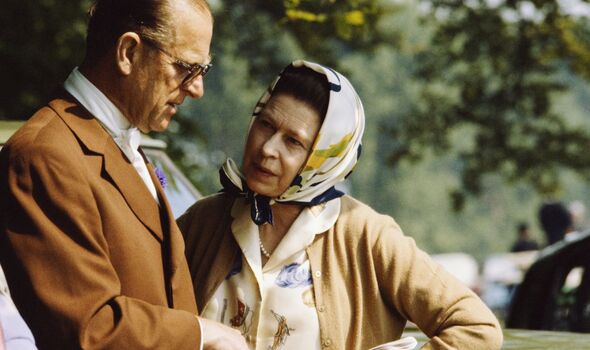 Anthony Quayle discussed Monroe’s fluster in his 1990 autobiography A Time to Speak, and how Monroe became so anxious she forgot what to do when others told her.

He reportedly noted how Monroe turned to fellow actor Victor Mature, and was told to “fall on your a** baby”, when quizzed about what to do.

Moments later Monroe was introduced to the crowd, stepped forward and followed the other actors.

Following her meeting with the Queen, she was quizzed by reporters about the exchange, before she was able to get into a waiting car to be whisked away. 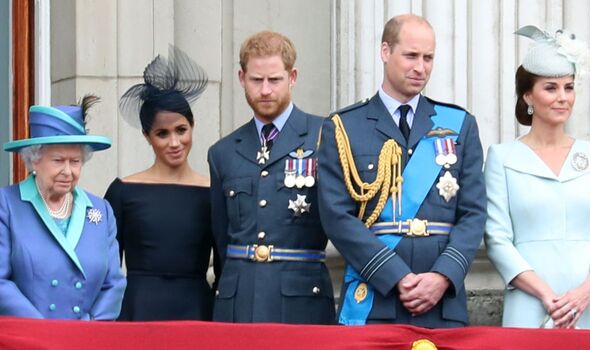 Monroe reportedly said: “The Queen is very warm-hearted. She radiates sweetness. She asked how I liked living in Windsor, and I said, ‘What?!’ and she said that as I lived in Englefield Green, near to Windsor, we were neighbours. So, I told her that Arthur and I went on bicycle rides in the park.”

When asked whether she found it difficult to perfect her curtsy, Monroe laughed, adding: “Not a bit.”

In the 2022 book, When Marilyn Met the Queen: Marilyn Monroe’s Life in England, author Michelle Morgan offered a greater insight into the pair’s developing friendship.

She wrote: “In 1961, an article appeared in People that gave a glimpse of the Queen’s thoughts on Marilyn, through the eyes of an unnamed ‘friend’. 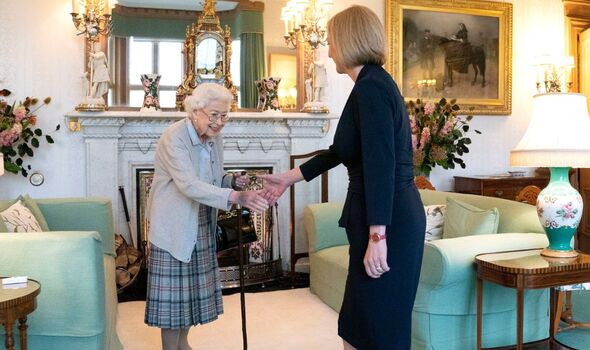 “The article said that after the Royal Command Performance in 1956, the Queen became fascinated with Marilyn and watched every one of her movies.

“She apparently told the friend, ‘I thought Miss Monroe was a very sweet person. But I felt sorry for her, because she was so nervous that she had licked all her lipstick off.’

“Footage of the event seems to back this up, since Marilyn can be seen licking her lips as she waited for the royal guests to reach her.”

The UK is set to go into a period of national mourning which will reportedly last up to 17 days, with Her Majesty’s funeral set for around 10 days time.

The likes of Prince William, Camilla, Duchess of Cornwall, and Prince Harry all raced to Balmoral to be by Her Majesty’s side on Thursday.