Malik Beasley has flirted with Larsa Pippen in the comments section of her new IG snap, just days after his wife revealed she was filing for divorce.

NBA star Malik Beasley has dropped a less than subtle comment on Larsa Pippen‘s latest Instagram selfie. It comes just a couple of weeks after the Real Housewives of Miami star was spotted holding hands with Malik, who is married to Montana Yao. “What makes you the happiest?” Larsa captioned her December 12 IG selfie, which saw her rocking a sequin top with a plunging neckline and full glam. Malik quickly responded, “U,” along with a red-heart emoji. The pair received some pretty swift backlash, with one user replying, “There’s a thing called direct messages,” while another wrote, “She got that entanglement.”

Larsa was photographed holding hands with the Minnesota Timberwolves player in a mall on November 23. Just days later, his wife Montana took to Instagram to issue a message that seemingly alluded to the photographs. “Wow…I don’t even know this man,” she began. “This is wild y’all I’m seeing it for the first time just like y’all.” Montana, who shares a young son with Malik, has now filed for divorce.

Despite Larsa and Malik’s very public display of affection, and this new flirty comment, a source close to Larsa told HollywoodLife that she’s staying quiet on the matter. “Larsa didn’t have anything to do with their break-up and she could have spoken out to defend herself but out of respect she kept quiet, she felt that was the right thing to do,” the insider told us. 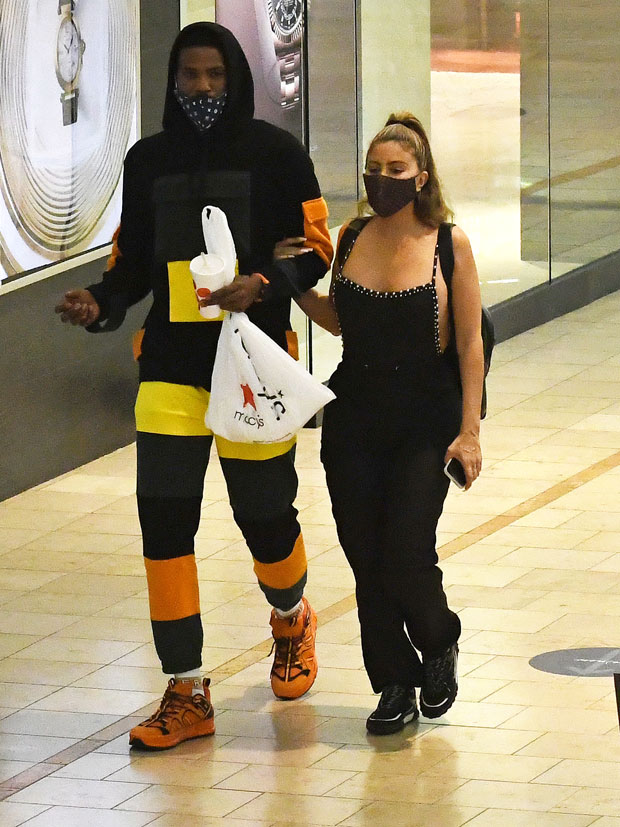 The source continued, “It was upsetting that people jumped all over her but she’s a very confident person and she knows who she is and that she wasn’t in the wrong. Her family and true friends have all been very supportive and that is all that matters to her. She has so many great things going on right now with the launch of her own jewelry line, which is a dream come true. She’s not letting this drama get her down.”