They have been friends since the late eighties.

Yet it seems that French designer Jean Paul Gaultier still knows exactly how to please his long-time friend and frequent muse, Madonna.

On Friday, the Material Girl showed off one of Gaultier’s latest ensembles that accentuated her bust area, as his designs have been famously known to do for the legendary singer in the past.

‘Thanks JPG for the fierce shirt!’ Madge, 62, captioned the series of snaps, adding: ‘You always make a girl want to Strike A Pose!!’ 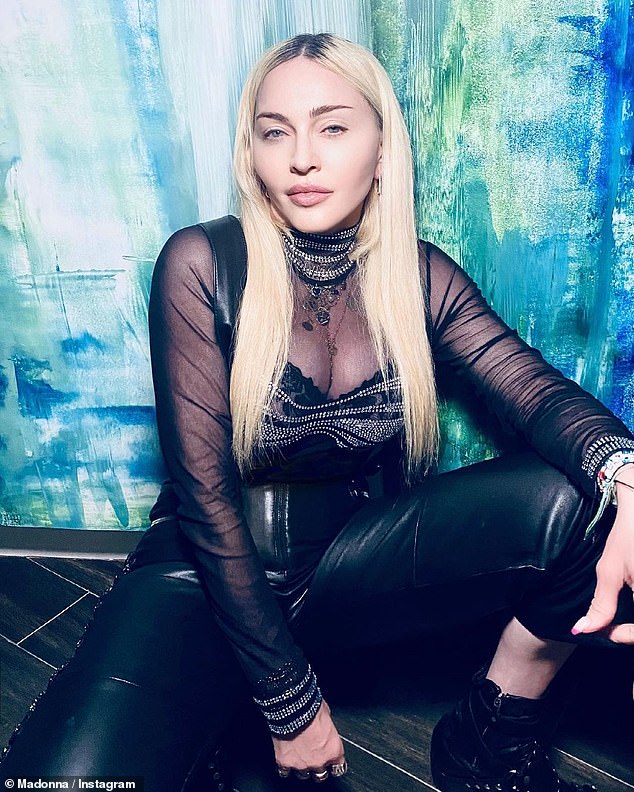 Bust outfit yet! Madonna shows off her cleavage in friend Jean Paul Gaultier’s latest ensemble… as she thanks the French designer for his work in a Friday Instagram post

Madonna was of course referencing her hit song Vogue in the caption, which she performed during her game-changing Blond Ambition World Tour in 1990.

It’s a fitting reference, as it was on that tour that Gaultier, 69, designed the singer’s iconic ‘cone bra’ – an unforgettable emblem in pop culture history – after she personally hired him to do so.

‘When Madonna first called me in 1989, it was two days before my ready-to-wear show, and I thought my assistant was joking,’ Gaultier told the New York Times in 2001, of the historic stage costume. 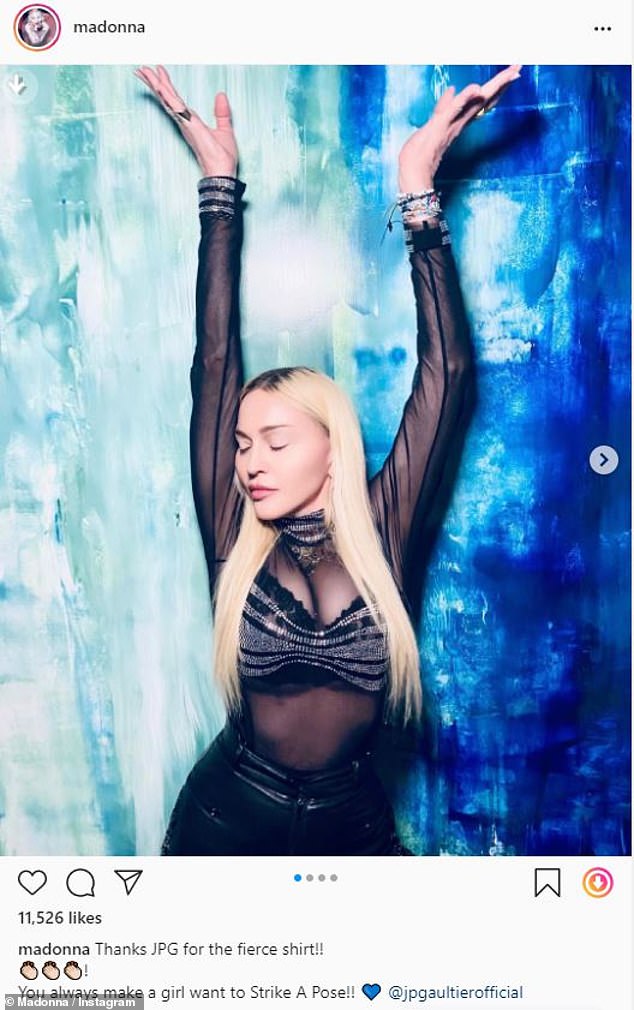 Hot Mesh! Madonna looked stunning in the Gaultier ensemble, and the singer said the French designer ‘always make(s) a girl want to Strike A Pose!!’

‘I was a big fan. She knew what she wanted – a pinstripe suit, the feminine corsetry. Madonna likes my clothes because they combine the masculine and the feminine.’

Legend has it that Gaultier first met Madonna in 1987 after her concert at the Parc de Sceaux, just outside of Paris.

Despite having not met up until that point, the pair were already mutual admirers of one another – as the singer had previously worn one of his creations to the 1985 American Music Awards. 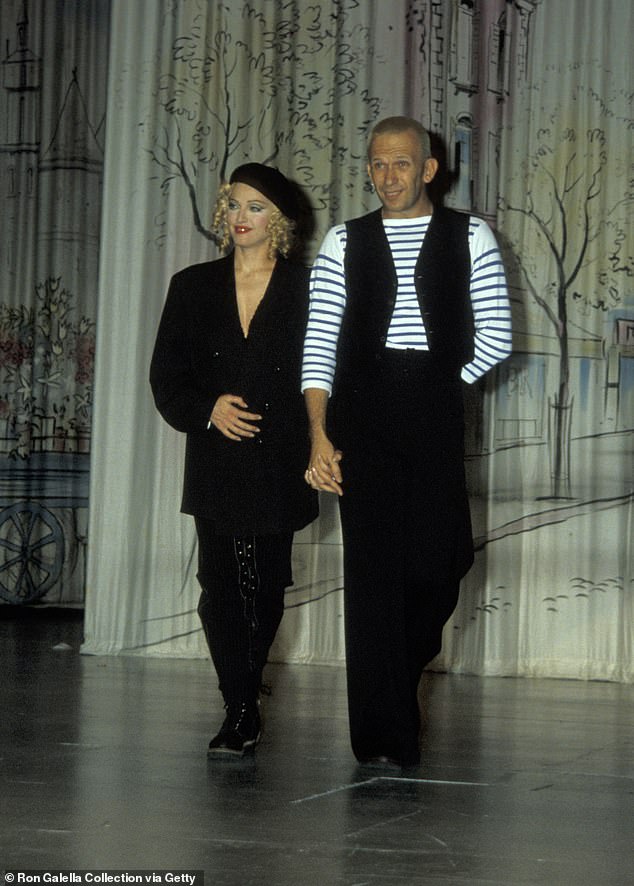 Long-time partnership: The pair have been friends since the late ’80s (Pictured above in 1992) 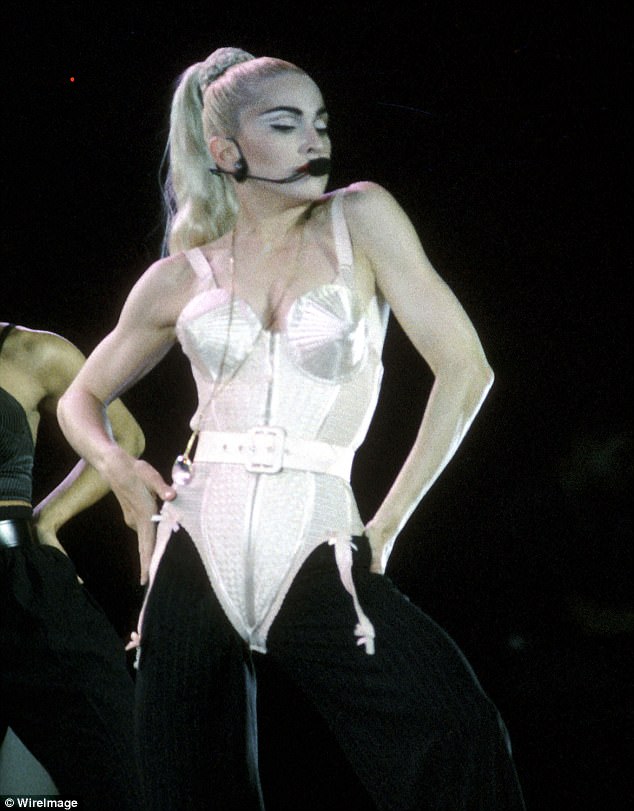 Iconic: Gaultier designed the singer’s iconic ‘cone bra’ – an unforgettable emblem in pop culture history – after she had personally hired him to do so

Gaultier, who is gay, has previously confessed to even having asked the Queen of Pop to marry him over the years, such is his great love for the star.

In 2020, Madonna paid tribute to Gaultier, as he retired from the runway after his 50th-anniversary haute couture show, held during Paris Fashion Week. 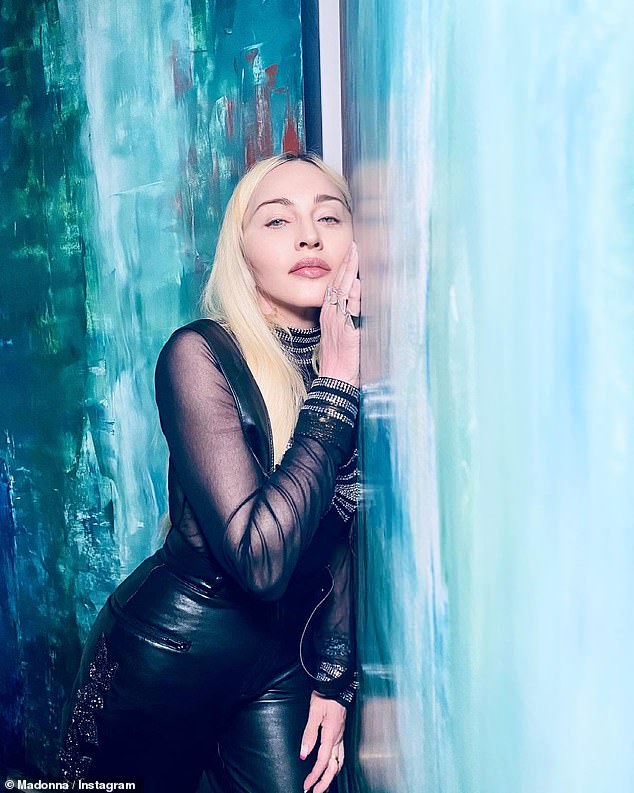 Hung Up on the wall: Madge told the designer, ‘You always make a girl want to Strike A Pose!!’ 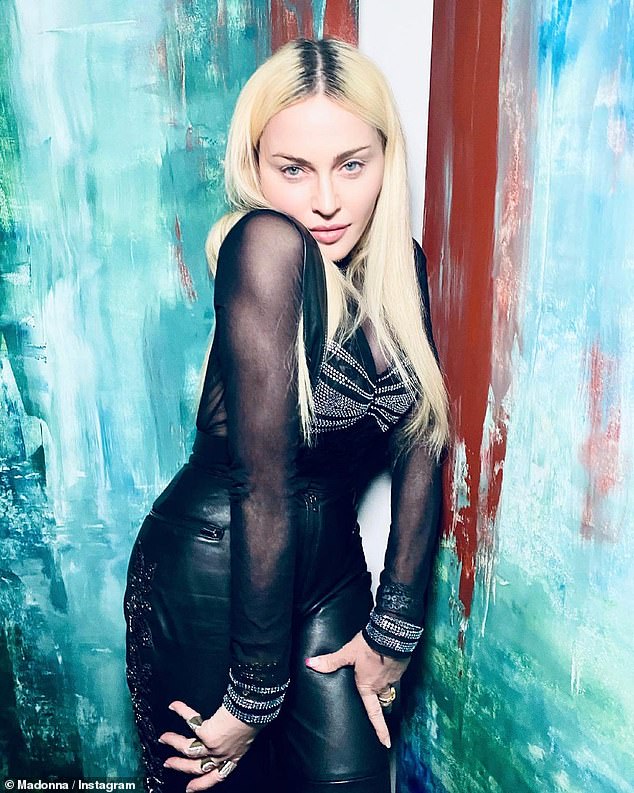 True Blue: Madonna continues to defy the aging process with another youthful-looking snap

‘Jean-Paul. Whatever you do next – it will be genius!! I am so grateful to have collaborated with you on so many incredible fashion adventures!’ Madonna’s tribute began.

The Vogue singer added: ‘There is NO ONE like you. And never will be! Your heart, your talent, your humor. You are one of a kind. I wish you all the best.’

Will the pair ever work together again? That all depends on Madonna Louise Ciccone of course.

As Gaultier pointed out not so long ago:  ‘She’s the only woman I ever asked to marry me. She said no, of course, but every time she asks me to work on her shows, I can’t say no.’ 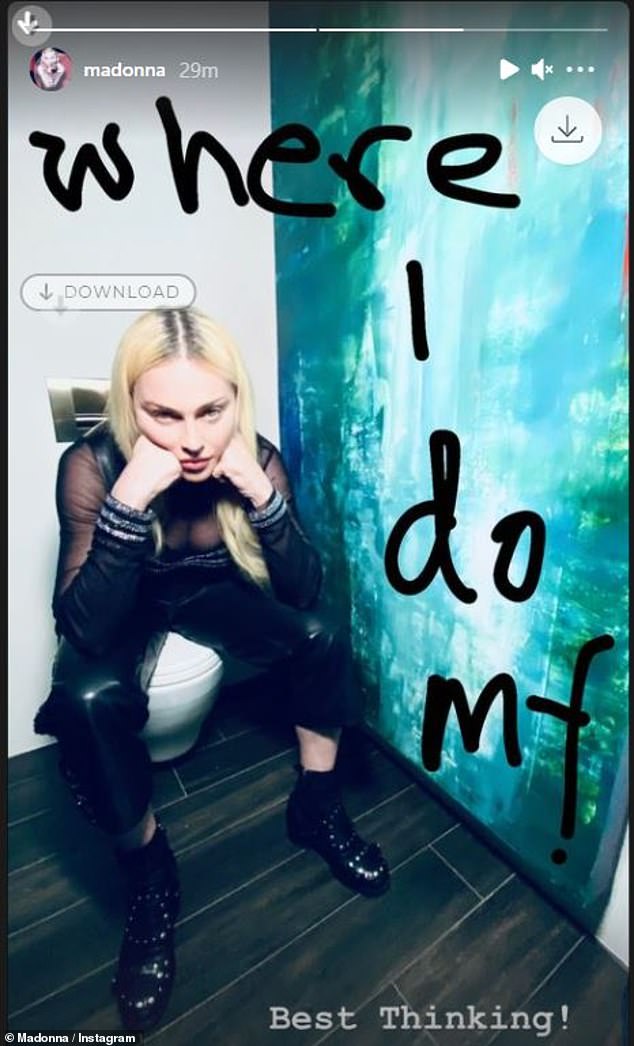 Justify My Loo: Madonna later modelled the shirt by posing on a toilet, appearing to tell fans it’s where she does her ‘best thinking’