Madonna shares throwback photo of herself as teenager in backyard in Bay City, Michigan on Instagram

Madonna shared a throwback photo of herself as a teenager on Wednesday on Instagram while under quarantine due to the coronavirus pandemic.

The 61-year-old pop legend posted a photo of herself sitting outside soaking up the sun in a red tube top and blue jeans.

She accessorized with a dangling necklace and had her dark wavy hair down around her shoulders in the picture. 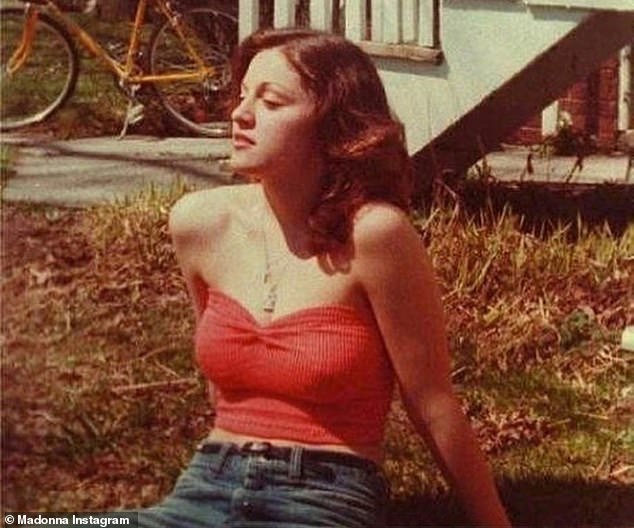 Throwback photo: Madonna shared a throwback photo of herself as a teenager in Michigan on Wednesday on Instagram

‘Teenage Quarantine,’ Madonna wrote in the caption for her roughly 15 million followers on Instagram.

She added the hashtags #baycity and #backyard to the post that showed her reclining on a lawn near a porch and a yellow 10-speed bike.

Madonna in the photo showed her flawless complexion while in profile.

The seven-time Grammy winner was born and raised in Bay City, Michigan before moving to New York City in 1978 to pursue a career in modern dance. 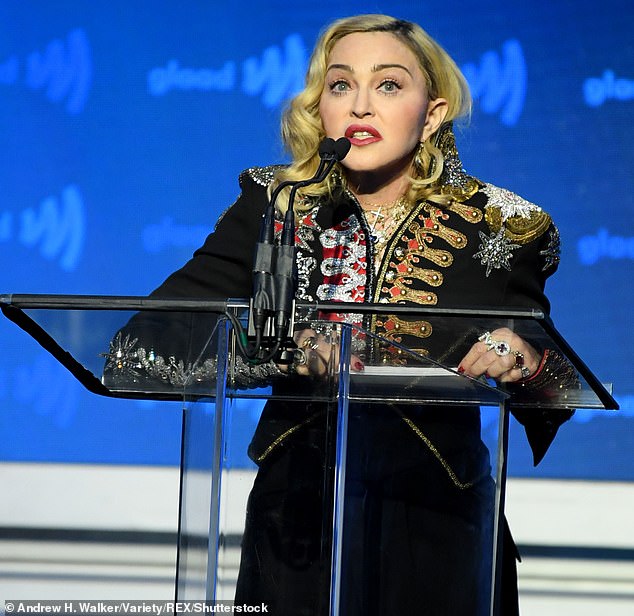 Pop legend: The 61-year-old singer, shown in May 2019 in New York City, was born and raised in Bay City, Michigan

Madonna also posted on Instagram Stories about her participation in the All In Challenge that launched earlier this month to raise proceeds for food relief amid the coronavirus pandemic.

The All In Challenge since starting April 14 has raised more than $24.3 million with proceeds going to No Kid Hungry, Meals On Wheels and America’s Food Fund, which was started April 1 by Leonardo DiCaprio, 45, and Laurene Powell Jobs to help ensure food accessibility during this uncertain time. 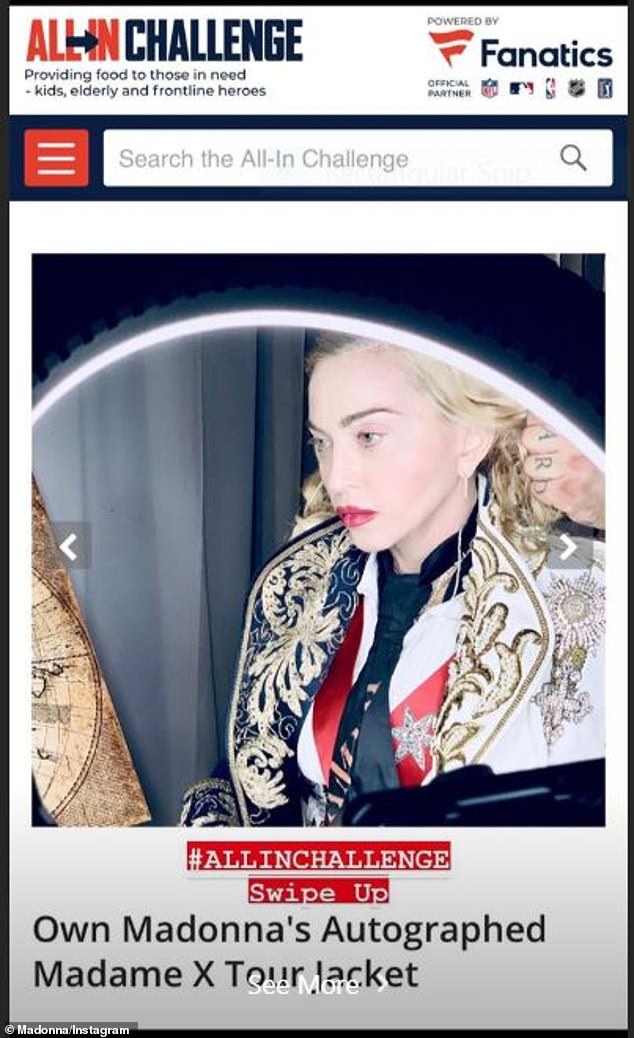 Tour jacket: Madonna also took to Instagram to promote her participation in the All In Challenge

Madonna donated her Madame X tour jacket autographed by the star for a sweepstakes with a minimum donation of $10 for 10 entries.

The custom jacket by Elizabeth Emanuel was worn by Madonna during her recent Madame X Tour.

Madonna also will call the winner on their birthday to sing Happy Birthday. 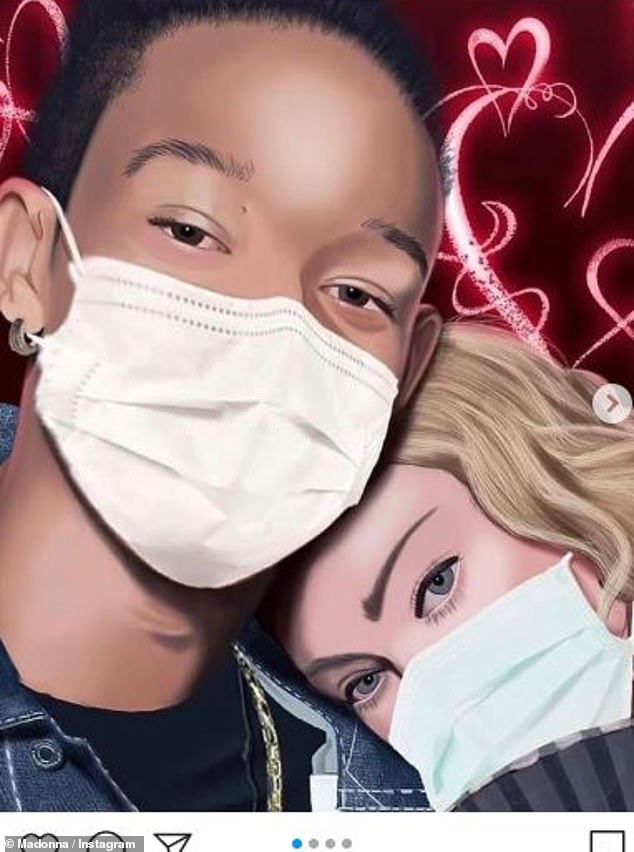 In quarantine: The singer has been in quarantine with boyfriend Ahlamalik Williams, 26, and shared a photo of them in masks last Friday on Instagram

The Madame X Tour started in September 2019 in New York City and concluded on March 8 in Paris.

The tour ended abruptly three days before its planned final date after the French government banned large gatherings to curb the spread of the COVID-19 disease.

Madonna has been in isolation with toyboy Ahlamalik Williams, 26, and four of her six children: twins Estere and Stelle, seven, Mercy James, 13, and her son with Guy Ritchie, David Banda, 14. 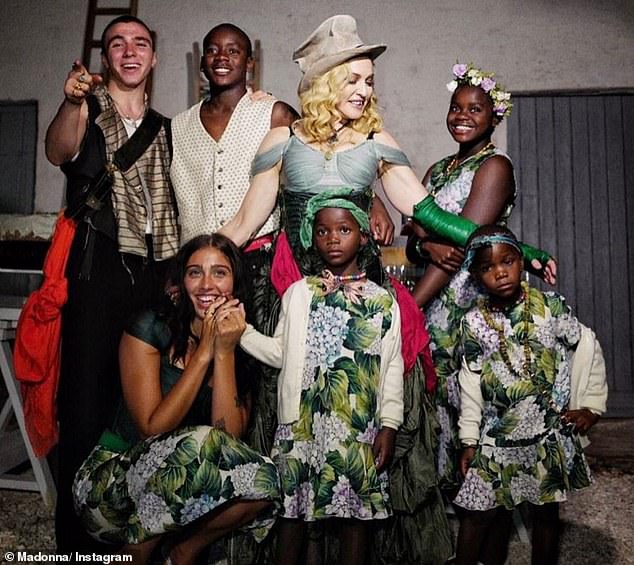