He’s not one to be shy in front of the camera.

But Machine Gun Kelly tried really hard not to be photographed while out in West Hollywood on Thursday night, while accompanied by a blonde woman, who Dailymail.com has identified as Kelly’s assistant Olivia Stone.

The 30-year-old singer – who has been dating Megan Fox for about a year – was spotted sneaking out of upscale nightspot Delilah.

Out without Megan: Machine Gun Kelly made a dash for it as he left a club in LA with a woman who Dailymail.com has identified as Kelly’s assistant Olivia Stone

The duo arrived at the club together, with Kelly wearing a black mask as they made a low-key entrance into the celebrity-favored hotspot.

Then at the end of the night, the actor left the party with Olivia as they attempted to make a stealthy exit.

He opted to take the club’s back exit and then made a dash for his car with his friend in tow.

MGK was seen in white pants and a two-tone sweater with chunky pearl necklace as he walked briskly across the parking lot adjacent to the nightclub.

Olivia, clad in all black, couldn’t stop smiling as she enjoyed her night on the town with the musician.

This comes after it was reported that the rapper is getting more serious with Megan, 34, who he was pictured out with on Wednesday as the couple enjoyed a dinner date in Santa Monica. 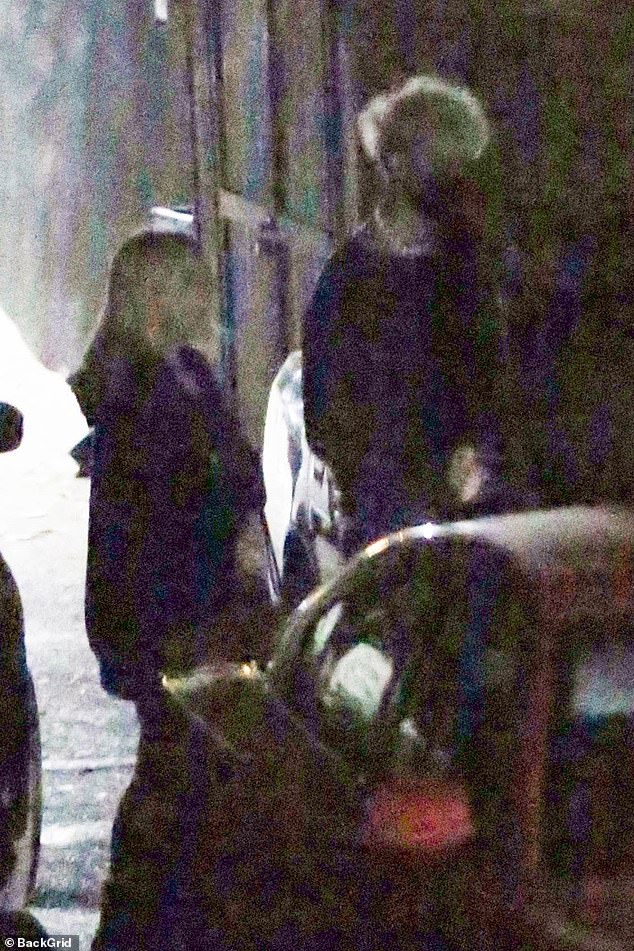 Low-key: MGK arrived at nightspot Delilah with Olivia. Girlfriend Megan Fox was nowhere to be seen

It was reported this week that MGK has been spending time with Megan’s three children, with a source revealing that the pair have ‘got serious quickly and have a great relationship.’

A source told People on Tuesday that the couple are planning ‘a future together’ as he spends more time with her three sons, Noah, eight, Bodhi, seven, and Journey, four, who she shares with ex-husband Brian Austin Green, 47.

‘Colson is getting to know her kids,’ the source told the outlet, referring to the star’s real name: Richard Colson Baker.

‘Megan loves her boys, and they will always be her priority. She is excited that they have accepted Colson,’ they added.

The Teenage Mutant Ninja Turtles starlet and Kelly went public with their love in May 2020 after they met on the set of their upcoming film Midnight in the Switchgrass. 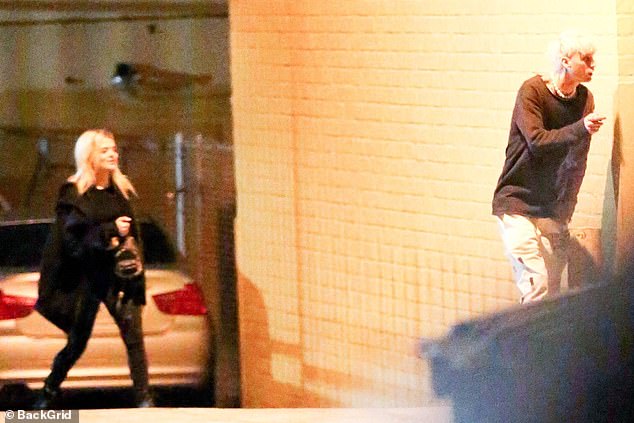 Coast is clear: At the end of the night, MGK was seen sneaking out the back of the club with assistant in tow. They made a dash to get to his car 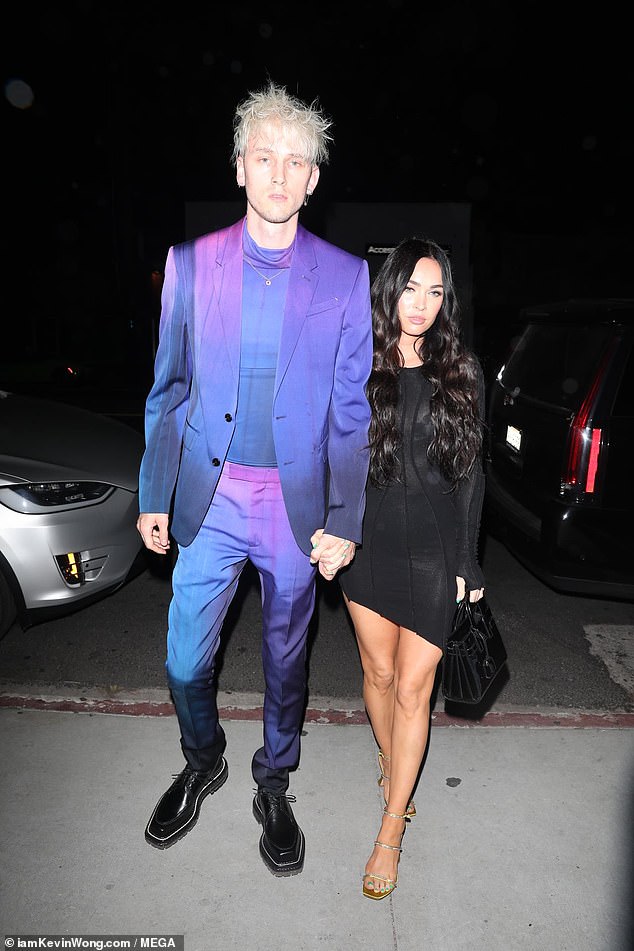 Serious: A source told People on Tuesday that the couple (seen here on April 9) are planning ‘a future together’ as he spends more time with her three sons

‘Megan is very happy,’ the source said, adding that things are also going well for the Transformers performer and her actor ex-husband.

‘They are getting along. Brian is busy with his life and dating too,’ they revealed.

The two filed for divorce in November – the day before Thanksgiving – after splitting in 2019. They were married for more than nine years, and the Beverly Hills, 90210 star has moved on with former Dancing With The Stars pro Sharna Burgess.

Megan first filed for divorce from Brian in 2015, citing irreconcilable differences, but she was back with him and pregnant with youngest child Journey the following year. 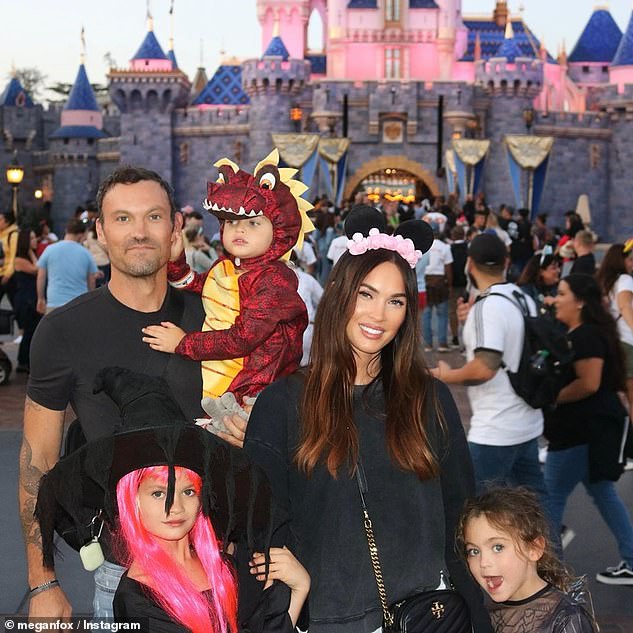 Bonding: Megan is mom to Noah, eight, Bodhi, seven, and Journey, four, who she shares with ex-husband Brian Austin Green, 47, (pictured together)