Luann de Lesseps was seen getting a kiss from a mystery man in New York City on Thursday afternoon.

The Real Housewives Of New York cast member and her companion were spotted enjoying each other’s company as they made their way around the Big Apple, and at one point, the Bravo star was seen posing in front of the famed NBC Studios.

The 56-year-old reality television personality’s big day out comes not long after she split up from her former boyfriend, Garth Wakeford. 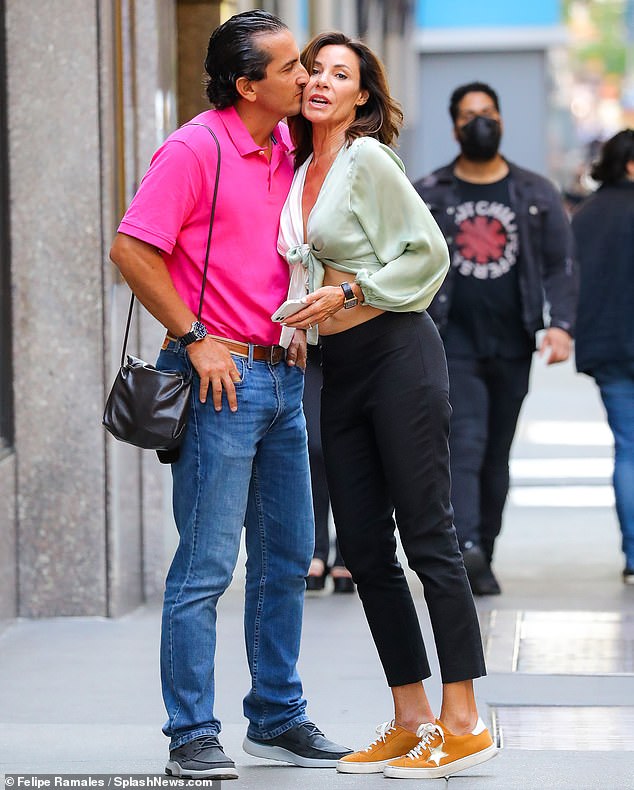 New flame: Luann de Lesseps was spotted during a very PDA-filled excursion with a mystery man in New York City on Thursday afternoon

De Lesseps was dressed in a light green sleeved blouse and notably tied up its bottom half, exposing much of her midsection during her time with the mystery man.

She contrasted her eye-catching top with pairs of slim black pants and bright orange suede sneakers.

The Bravo star’s gorgeous brunette hair flowed in the springtime breeze as she strolled along the city’s sidewalks, and she accessorized with a large pair of sunglasses.

The mystery man wore a pair of blue jeans underneath a hot pink polo shirt that made him stand out from the entrepreneur’s more pared-down tones. 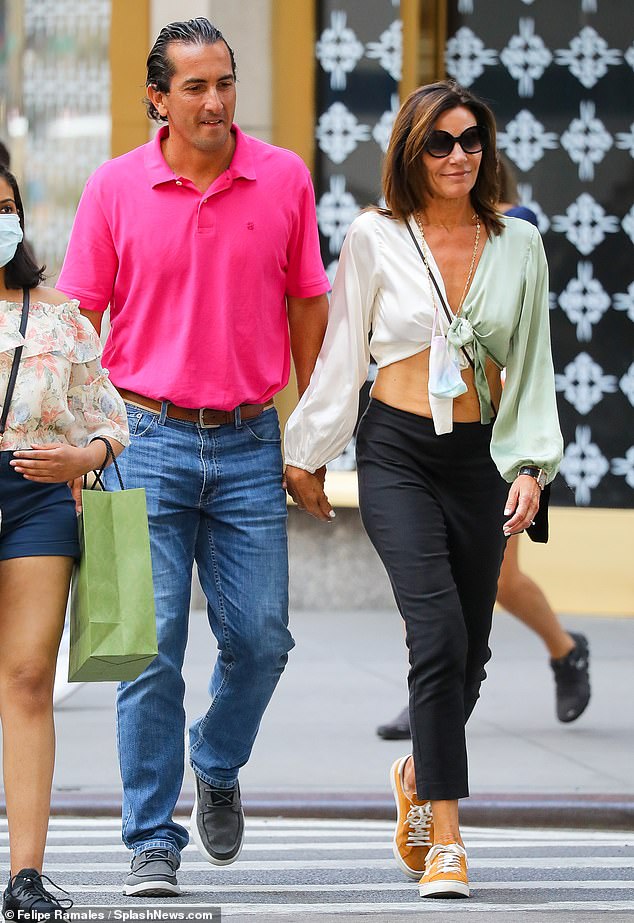 Dressed to impress: The Real Housewives Of New York cast member wore a light green blouse and tied its lower portion into a knot to expose part of her midsection

De Lesseps’ time with her new flame comes not long after she split up from her former boyfriend, Garth Wakeford, 49.

The two were first romantically linked in November of last year when they initially met on a dating app.

Although they went strong for a brief period of time, the former couple eventually ended their relationship in an amicable fashion.

Earlier this month, the reality television personality spoke to Page Six and expressed that her time with the personal trainer was enjoyable and that things between them ended naturally. 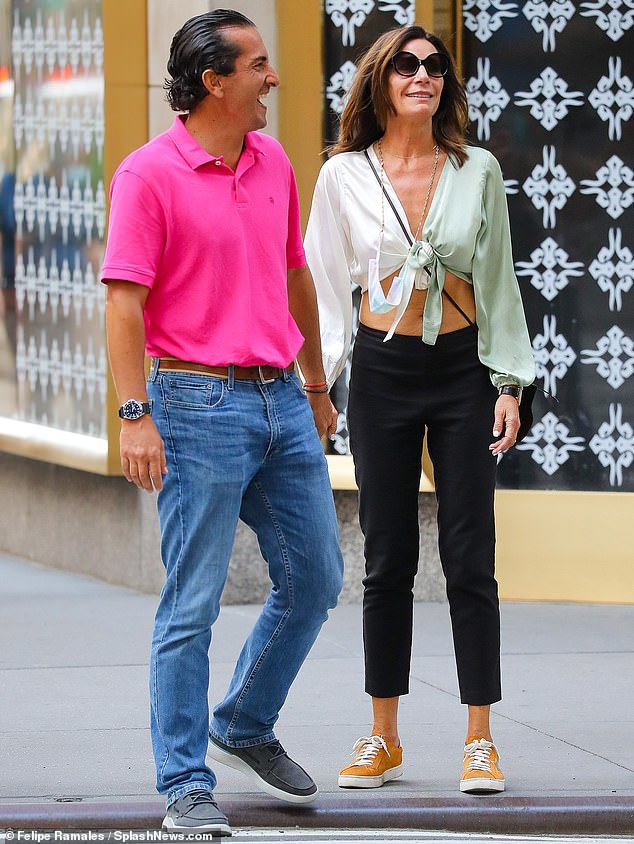 Moving on: De Lesseps’ outing comes not long after she broke up with her former boyfriend, Garth Wakeford

First connection: The two initially met on a dating app in November of last year. The pair went strong for a period of time but eventually ended their relationship amicably

‘I felt like I was lucky to meet somebody who I liked…nothing big, explosive happened. It’s just that it started with a sizzle and it kind of fizzled,’ she remarked.

De Lesseps also commented that she was perfectly happy with being single and was waiting for the next serious romantic partner to enter her life.

‘Third time’s the charm, they say, right? I’ve been married twice. I’m a hopeless romantic. And I feel like, you know, when you’re not looking, that’s when it happens,’ she said.

Her first marriage was with entrepreneur Count Alexandre de Lesseps, with whom she tied the knot in 1993. 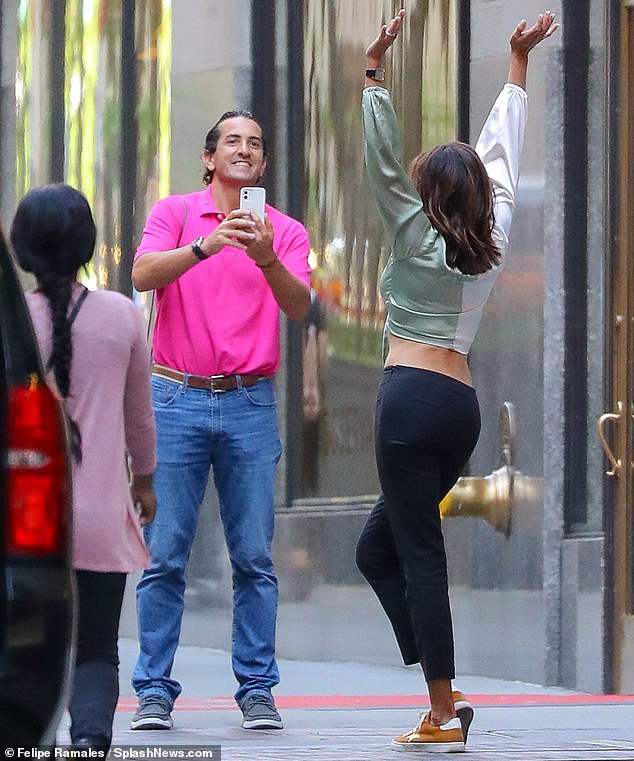 Making the most of it: During an interview with Page Six, de Lesseps noted that her time with the personal trainer ‘started with a sizzle and it kind of fizzled’ 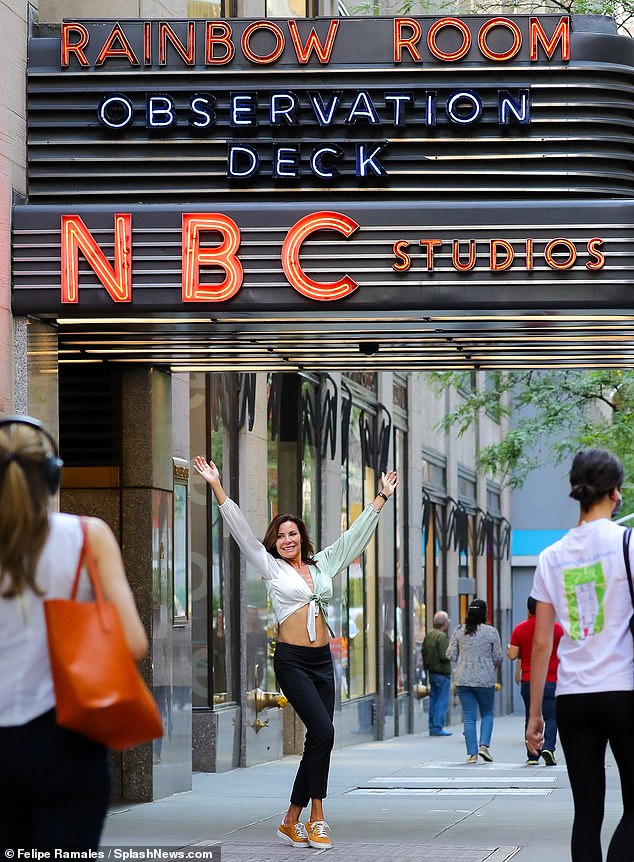 Living her life: The reality television personality also described herself as ‘a hopeless romantic’ and expressed that she was ready to begin dating again

The former couple welcomed a daughter named Victoria and a son named Noel, aged 26 and 17, respectively, before they finalized their divorce in 2009.

However, the two brought their short-lived union to an end in August of 2017, less than a year after they initially tied the knot.

De Lesseps was also briefly involved with businessman Jacques Azoulay and developer Sean Rooney at certain points in the past, although both relationships eventually reached their respective ends. 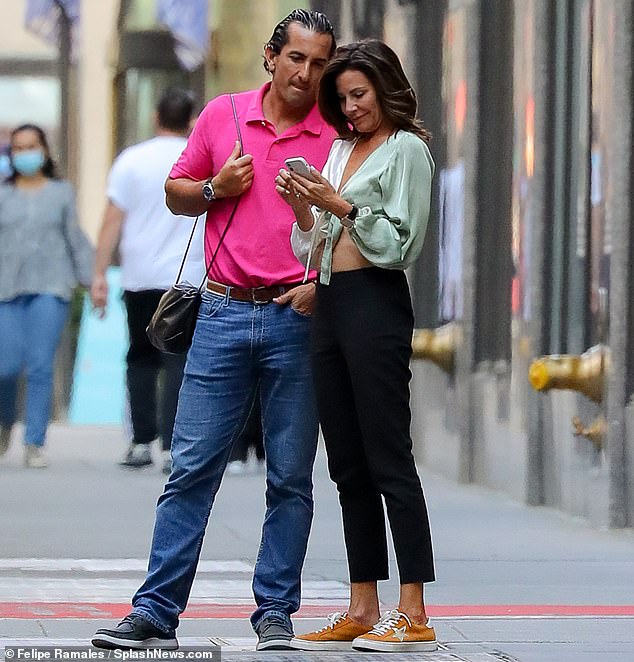 First husband: The RHONY star was previously married to Count Alexandre de Lesseps, with whom she welcomed a daughter named Victoria and a son named Noel 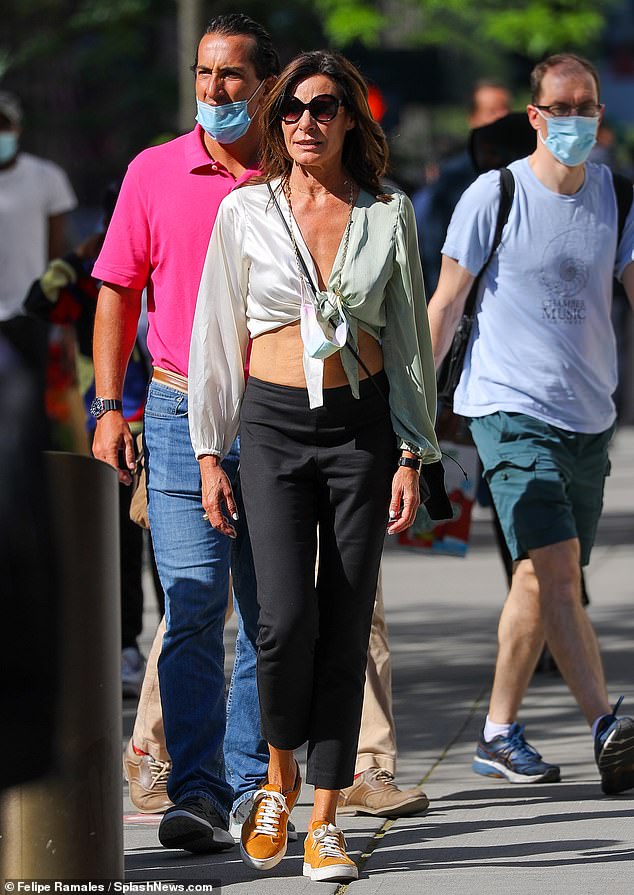 Not for long: The reality television star went on to enter into a short-lived marriage with Thomas D’Agostino Jr that ended in August of 2017