EXCLUSIVE: ‘I’m looking forward to having a rock on my finger!’: Love Island’s Molly-Mae Hague predicts Tommy Fury will propose THIS YEAR

The reality star, 20, says she’s looking forward to having a rock on her finger and she and Tommy are glad they didn’t win the show because it took the pressure off their relationship.

In an exclusive interview with MailOnline, Molly said she suspects former boxer Tommy, 20, is planning a big surprise for their romantic trip to the Maldives over New Year’s Eve. 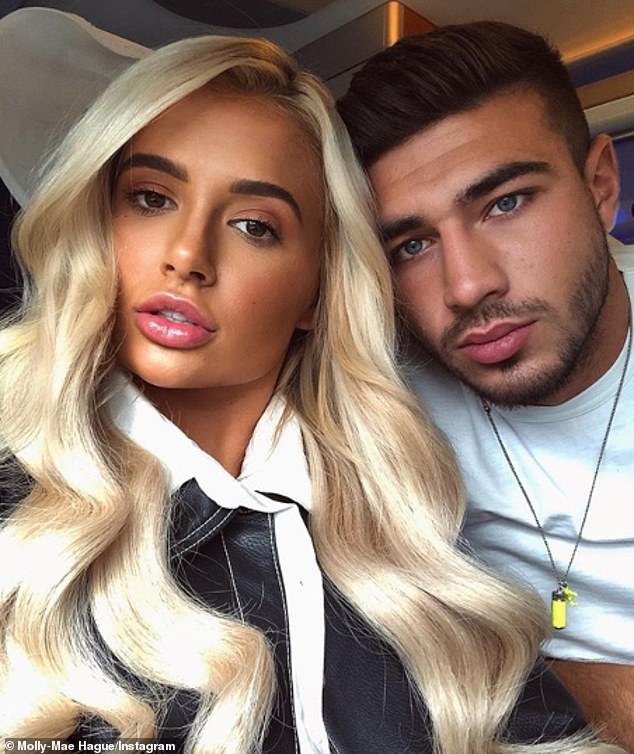 She explained: ‘Tommy and I are perfect. He’s such a caring and kind person.

‘Anything I like, he likes and everything that makes me happy, makes him happy. I love him and I want to share my life with him.

‘The thing is I wouldn’t be surprised if he did pop the question when we’re in the Maldives over New Year.

‘I don’t waste my time, I wouldn’t want to be in a relationship with someone thinking “this is only short term”.

‘I wasn’t thinking “when’s the sell-by date on this one?” We’re going to be together forever. I’m looking forward to having a rock on my finger!’ 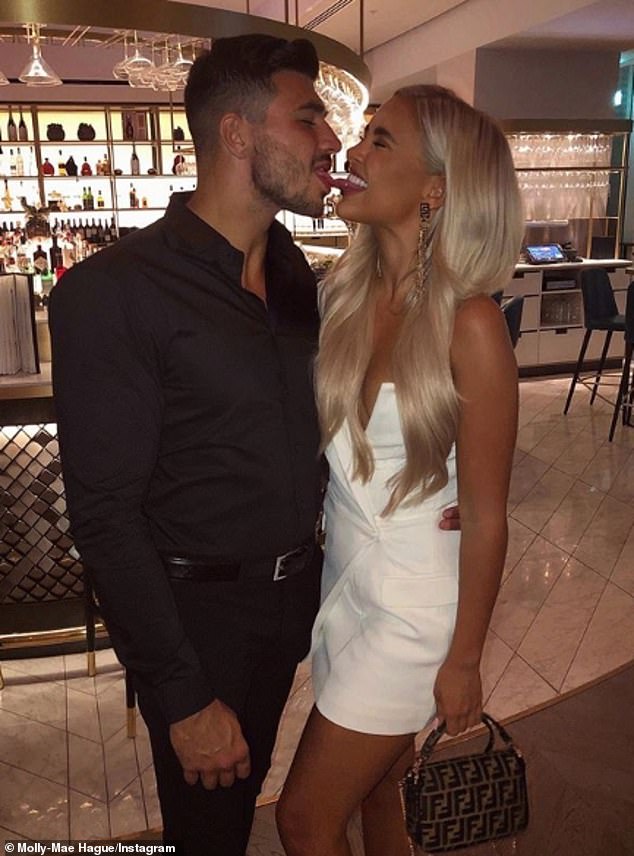 ‘I want to share my life with him’: The reality star, 20, is looking forward to having a rock on her finger and believes Tommy, 20, could pop the question in the Maldives over New Year 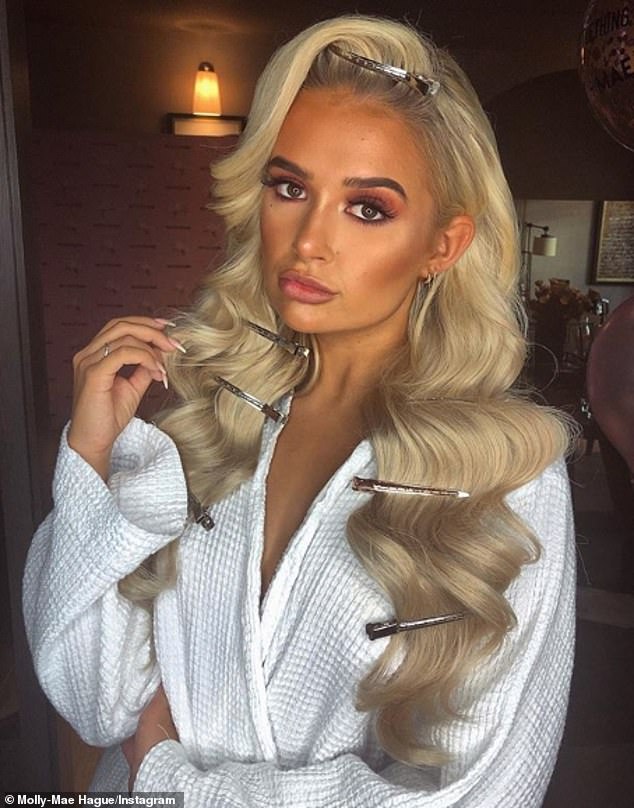 Meant to be: Molly says she doesn’t waste her time in a relationship and always knew she and former boxer Tommy would be ‘together forever’

Love Island viewers were unconvinced of their romance in the villa and even accused Molly of being with Tommy, the brother of champion boxer Tyson Fury, 31, for his fame and money.

They lost out on the winning title to Amber Gill and Greg O’Shea, who split just five weeks after the series ended.

Now Molly, who lives with Tommy in Manchester, says she’s glad they didn’t win as it took the pressure off their romance – but she still believes they deserved the crown.

She said: ‘We were seen as the people that should have won, should we have won? Technically yes but it doesn’t make a difference to us. 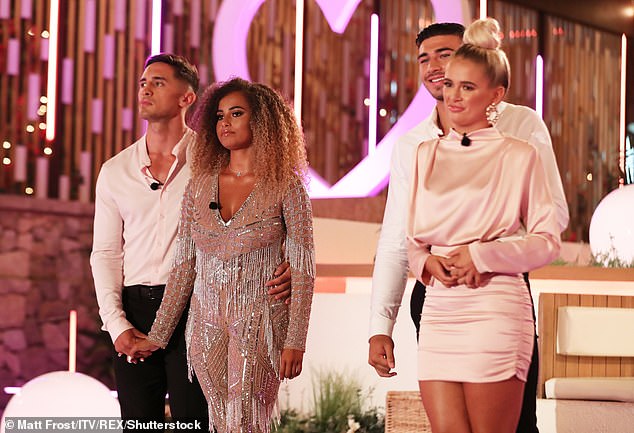 ‘We didn’t need to win’: The Love Island star says not winning the show took the pressure off their romance (pictured in July with winners Greg O’Shea and Amber Gill)

‘Tommy and I didn’t win that show for a reason. There was no pressure on us when we came out the villa and that was a good thing.

‘Amber and Greg aren’t even together anymore and Amber would have told you herself that she didn’t think her and Greg would win. They were never mentioned as the potential winners in the villa.

‘But looking back now, it was the best thing that could have happened for Tommy and me because we’re so happy, we didn’t need to win.’

Molly was slammed by fans for being unemotional and ‘fake crying’ when she returned from Casa Amor to see Tommy had remained faithful. 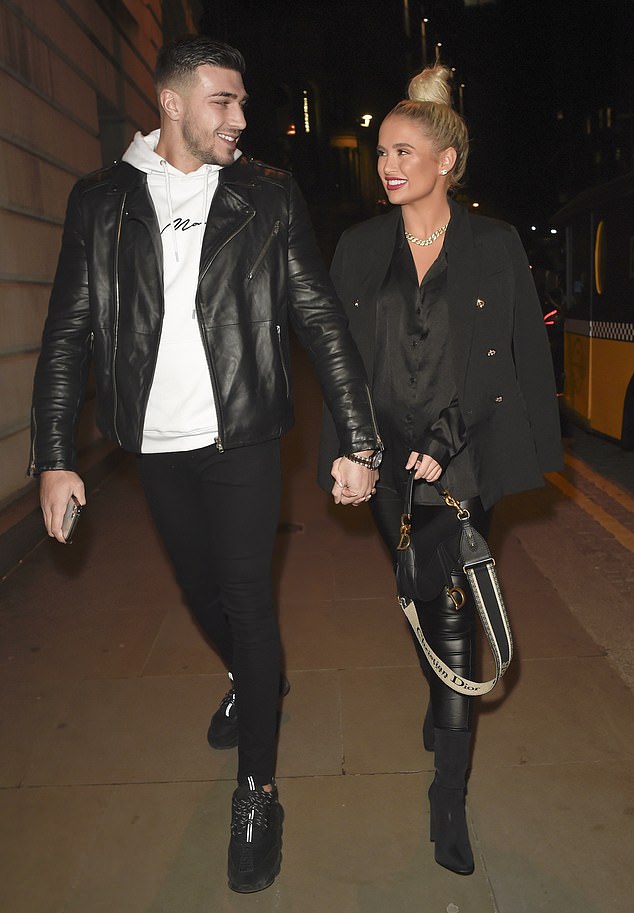 All smiles: Molly says she’s happy the world finally can see how suited she and Tommy are after viewers questioned their romance in the villa (pictured last month)

But the social media star says she doesn’t need to be over the top to prove her feelings for Tommy, as he knows she adores him.

‘He’s very expressive about his feelings and is always putting things out to the world but for me we’re together because he knows how much I adore him and I don’t have to say it to millions of people.

‘Now everyone can see we’re happy. People can see what we’re like together now, which is different to how the show portrayed us. 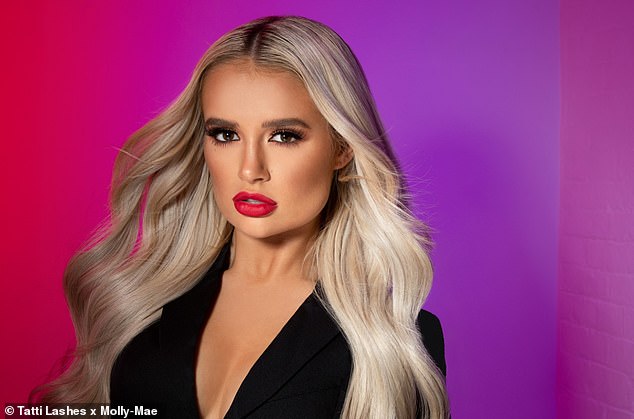 Flutter: Molly has collaborated with eyelash brand Tatti Lashes and together they have created two eyelashes, one natural pair for the daytime and the second for evening glam

‘I can’t fault Tommy. He supports me and tells me how proud he is of me. He turns up with flowers for me and Nando’s.

‘I think to myself “are you actually going to mess up soon?” I’m waiting for him to turn up with a puppy next!’

Molly has collaborated with eyelash brand Tatti Lashes and together they have created two eyelashes, one for daytime and the second for evening glam.

She said: ‘I’m more into natural makeup and my collection really represents that. I have an AM and PM lash and there’s a huge difference between them.

‘I don’t always wear eyelashes during the day but when I do I wear my AM lashes as the lash band is very clear and they look natural.’ 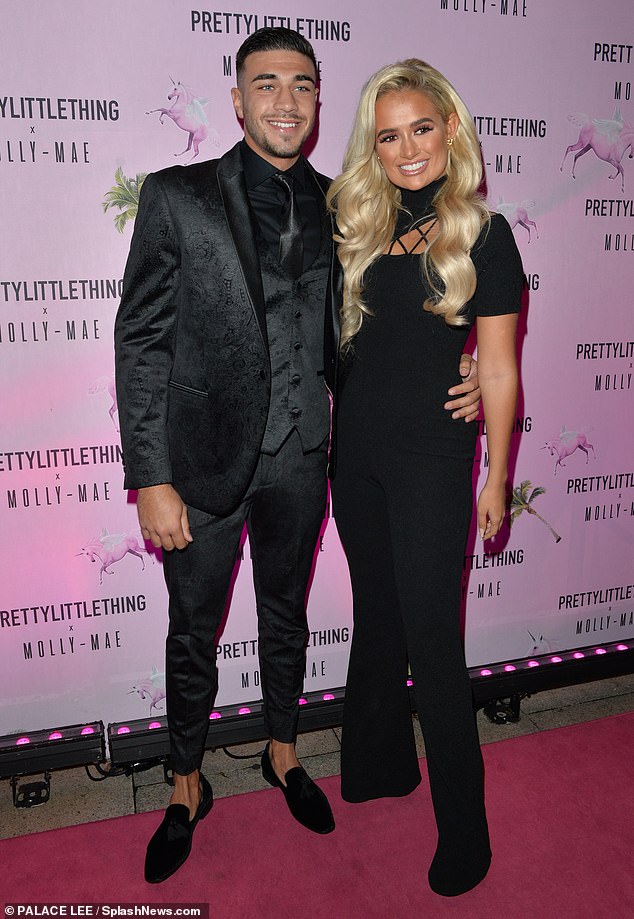 Stunners: The beauty says she prefers natural make-up and subtle lashes that help to give her eyes some oomph (pictured in September)