Love Island’s Jack Fincham, 29, reveals he’s had a hair transplant to cover up scar after accident at home as star shows off his new thickened mane

Jack Fincham has revealed that he’s had a hair transplant to cover up a scar on his head, after developing a bald spot from an accident at home.

The Love Island star, 29, took to Instagram to share the news on Monday evening, as he shared snapshots of the procedure and showed off his new thickened mane.

He wrote: ‘So I went a year ago to @ksl_clinics and @drmatee for PRP which strenghthens your hairline, and they advised me I wouldn’t need a hair transplant. I’ve got Sick hair init… 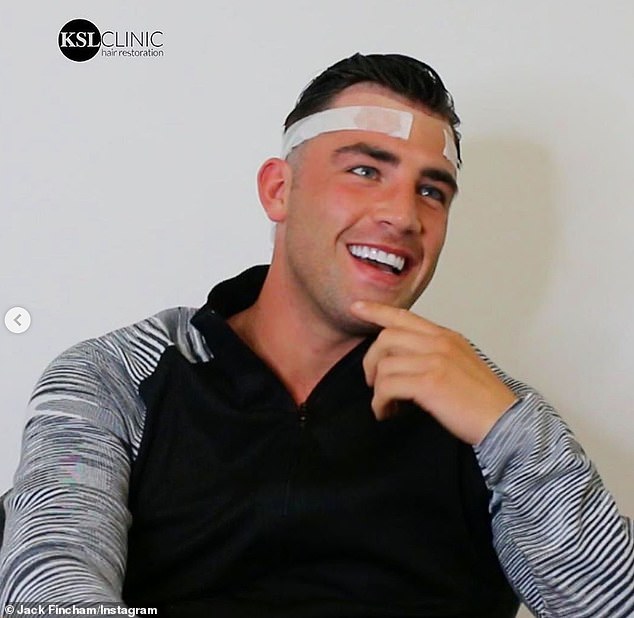 Hair we go! Jack Fincham has revealed that he’s had a hair transplant to cover up a scar on his head, after developing a bald spot from an accident at home

‘However I had an accident at home and cut my head open which left a scar on my head and made the hair look thin around it so I went there to see if they could cover it.

‘I ended up killing two birds with one stone and getting a hair transplant on the scar and hairline it don’t even hurt man! Can’t recommend @ksl_clinics enough they’re unreal at what they do!’

Expanding on the process, the father-of-one continued: ‘I can’t believe how straight forward it is, literally they just drill in at the back, take the hair out and put it in a pot! I didn’t think it was that simple, but it really is!’ 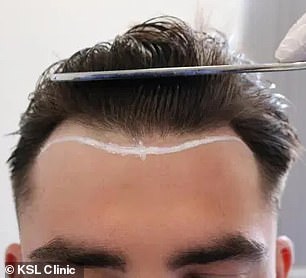 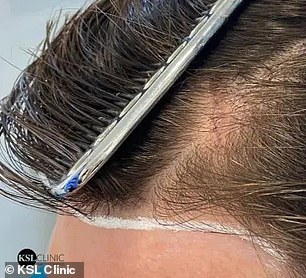 Tress stress: The reality star shared details of his transplant, while showing snapshots of the bald patch that had developed following his accident 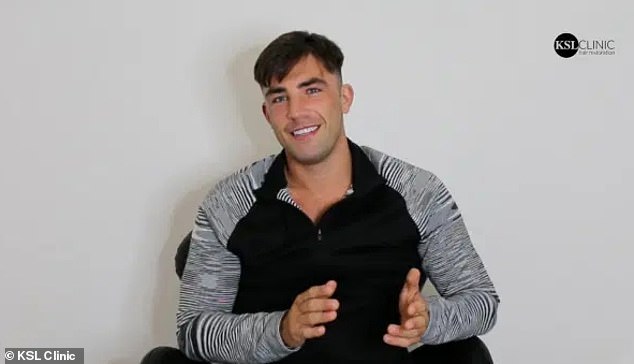 Step by step: To illustrate the process, Jack gave fans a sneak peak of each stage on Instagram

Speaking of how he tackled the process, he admitted: ‘I was well nervous before I had it. But once I laid down with Netflix on, a couple of toilet breaks, I was sweet.’

The clinic, which has branches across the country, gave Jack platelet-rich plasma (PRP) treatment over the past year, before he joined a host of fellow celebrities in boosting his hairline.

He said: ‘I’ve been amazed by the results at KSL Clinic especially Jake Quickenden, Mike Hassini, Kieran Nicholls and my friend Joe Swash.’

‘They all spoke really highly of their experience here at KSL Clinic and with their hair transplant surgeon Dr Matee.’ 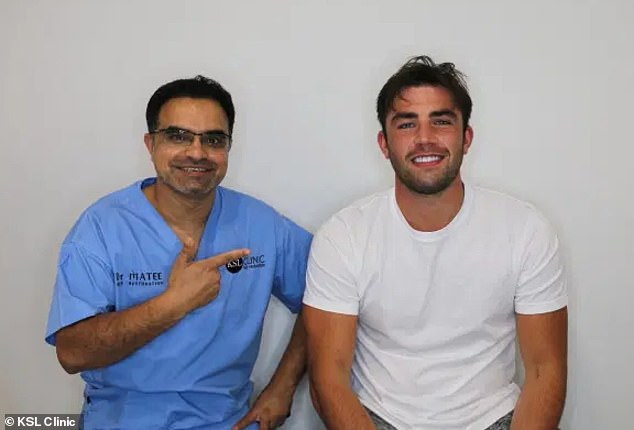 What’s up, doc? The reality star beamed as he posed for a snapshot with his surgeon, Dr. Matee 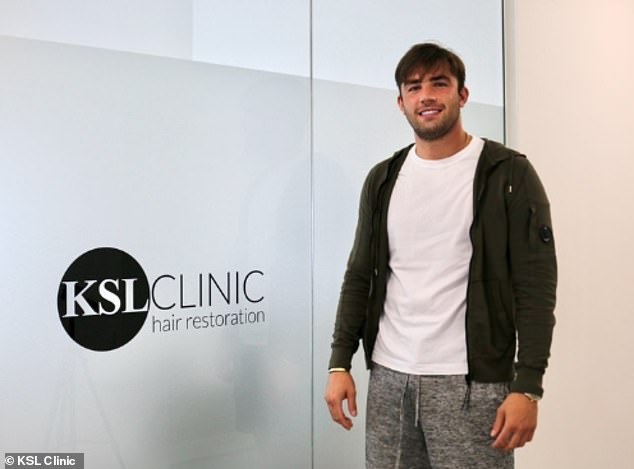 Vid: KSL Clinic shared a video of Jack talking about his procedure, as he gave a glowing review

Of their initial decision to inform him that he didn’t need a hair transplant, Jack noted: ‘I appreciate the honesty of KSL Clinic and the advice given to me by their hair surgeon Dr Matee.

‘I was informed that I didn’t actually need a hair transplant when I first visited the clinic one year ago – not many places would be as truthful.’

His hairline is just one of a few major changes in Jack’s life over the past several months, as he welcomed his first child into the world back in January.

And on Sunday, the reality star looked every inch the doting daddy as he celebrated his first Father’s Day on Sunday. 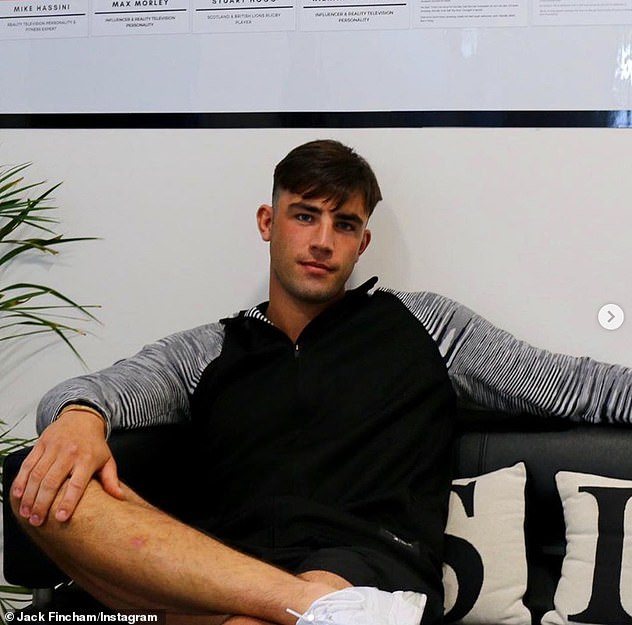 Mane man: As Jack made the revelation to his followers, he also showed off his thickened mane 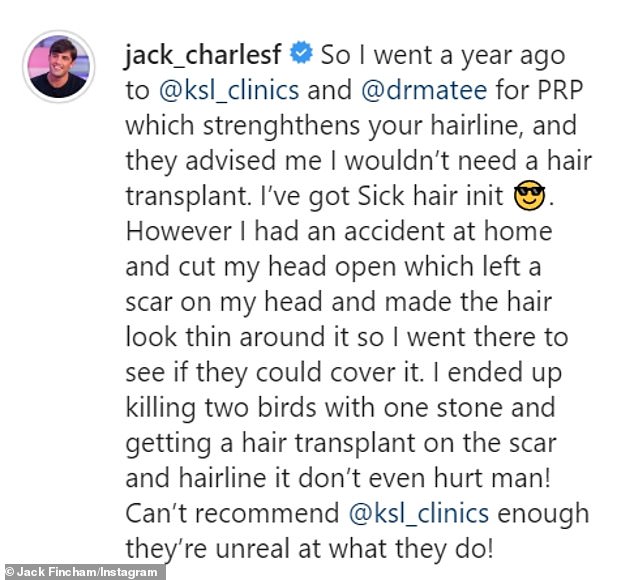 Tell all: The TV personality shared a lengthy caption, in which he spoke about his experience

The former stationary salesman, who shares six-month-old Blossom with longtime friend Casey Ranger, shared a slew of snaps as he marked the occasion.

Taking to Instagram, the reality star cuddled his daughter as he posed in the sunshine beside his pet pooch, Elvis.

He captioned the sweet snap: ‘First fathers Day with Blossom. Elvis on job at the front there’.

Jack also shared an adorable video planting a kiss on Blossom’s head as he chatted with his brother, Oliver. 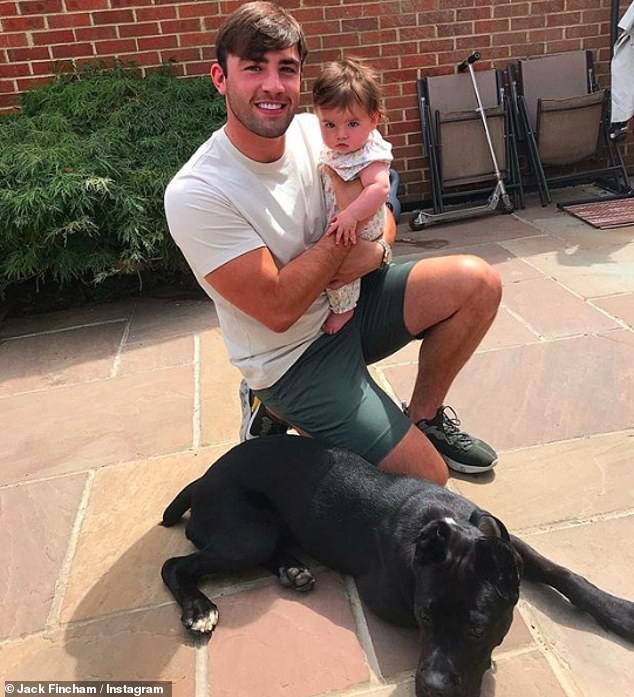 Sweet: His hairline is just one of a few major changes in Jack’s life over the past several months, as he welcomed his first child into the world back in January 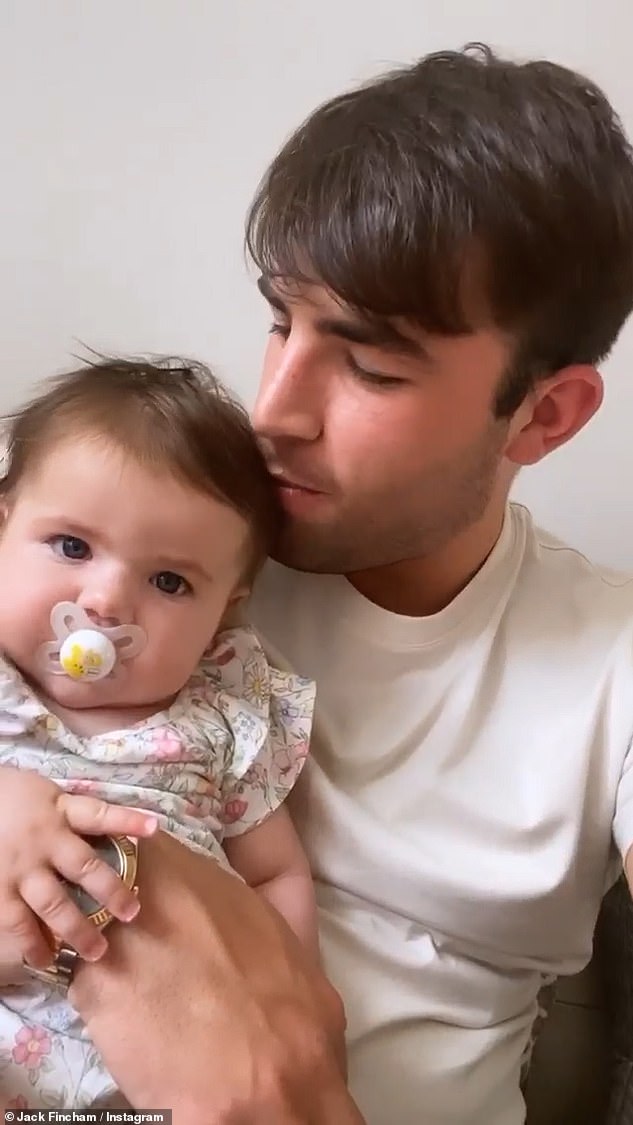 Doting dad: The Love Island star, 29, who shares six-month-old Blossom with longtime friend Casey Ranger, shared a slew of snaps as he marked the occasion

Jack became a dad to Blossom in January, nine months after his romance with fellow Love Island winner Dani Dyer, 24, came to a shocking end.

Singleton Jack ruled out any possibility of a romance with Casey in their first joint interview since welcoming their daughter.

The reality star admitted their relationship is strictly platonic as they ‘figure out’ co-parenting their little girl, adding that he plans to focus all his time on being the best father he possibly can.

Since welcoming his daughter, Jack said he’s embraced fatherhood and he’s sworn off women so he can focus on dating Blossom.

Jack and Dani split in April 2019 after they were crowned Love Island champions in 2018, and she admitted in a Radio 2 Interview the first she learned of Jack Fincham’s baby news was following his Instagram post. 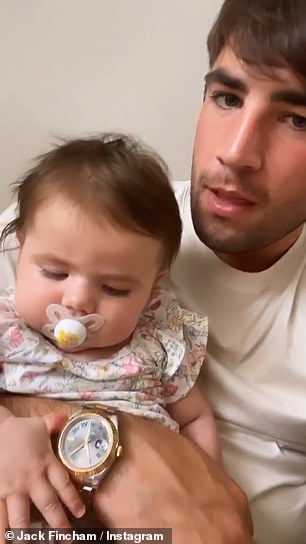 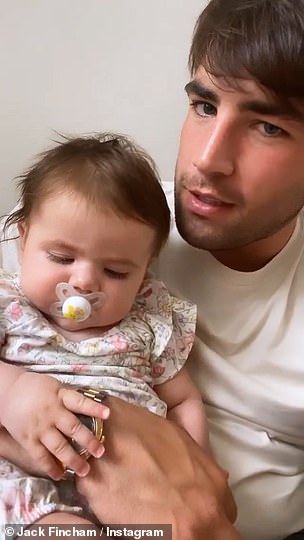 Cute snap: Jack also shared an adorable video planting a kiss on Blossom’s head as he chatted with his brother, Oliver 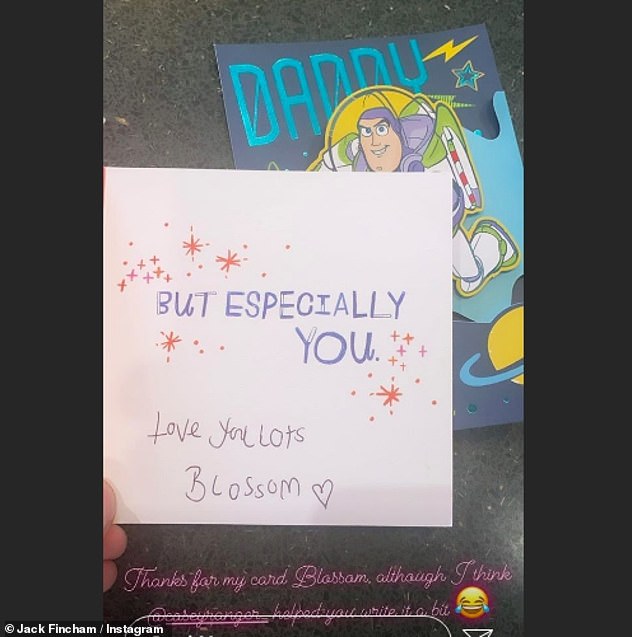 Adorable: Jack showed off the Father’s Day card that he had been given on Sunday

The former pen salesman also said that when he first learned Casey was pregnant he was terrified, but eventually came to terms with becoming a dad after breaking the news to his mum.

Jack added that while he still wants to enjoy going out like any other man in his 20s, he’s well aware that Blossom’s needs come first and he wants to be there to support her in every step of her life.

Casey and Jack were friends as teenagers and only got back in touch after he split from Dani. The pair dated briefly before agreeing they were in a better place as pals, and it was only a few weeks later that Casey discovered she was expecting.

The NHS recruitment officer explained she was induced several days late and gave birth to Blossom following a ten hour labour with her mum and nan present.

Casey added that Jack wasn’t present at the birth but he came straight after and has been involved ever since. 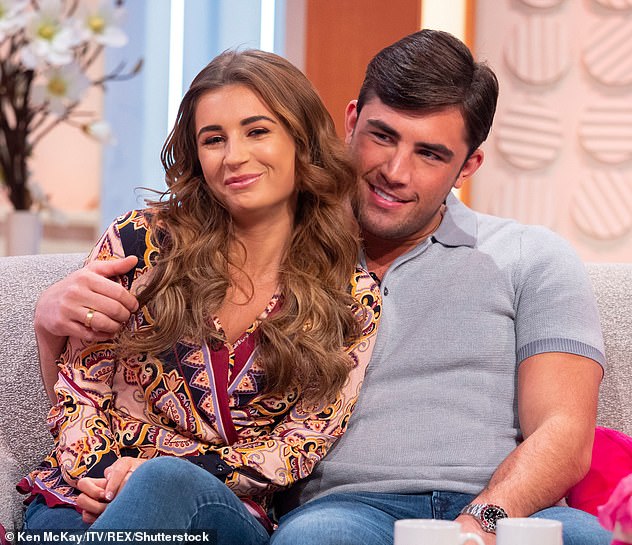