EXCLUSIVE ‘It was scary when her fans turned on me’: Forgotten Love Island winner Greg O’Shea shunned fame after receiving death threats over ex Amber Gill’s ‘false’ claim he dumped her by text

The former Islander, 26, told MailOnline that he and Amber mutually agreed over FaceTime to end their relationship because he wanted to continue his career as a rugby player, while the Geordie, 23, aspired to move to London after she became inundated with clothing and endorsement deals.

In his first interview since winning the series in 2019, Greg revealed him and his family were bombarded with hateful messages after it was falsely claimed by Amber and her management that he carelessly dumped her over text. 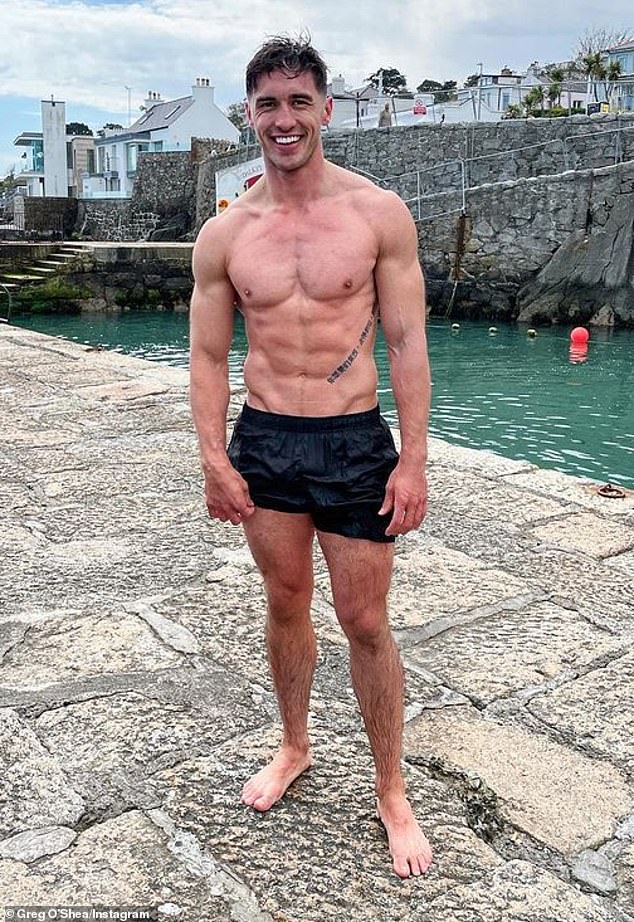 ‘It was hard to bite my tongue’: Forgotten Love Island winner Greg O’Shea shunned fame after receiving death threats over ex Amber Gill’s ‘false’ claim he dumped her by text

Greg explained: ‘I have never actually come out and told my side of the story because my management and other people advised me against it.

‘When it was all happening I was like “I have screenshots, I can release a statement with screenshots to show people the truth” but it was only going to add fuel to the fire and so I took the brunt of it. It was hard to bite my tongue but that’s just the way it played out.

‘We did the whole after the show thing and then it got to us speaking to each other away from the cameras and she asked “are we going to be boyfriend and girlfriend? Are we going to be a proper couple?”

‘I said to her “realistically, I don’t know how this is going to work, you’re in England and everyone wants a bit of you, you have your clothing deals and I’m going back to Ireland and going to try and do the Olympics.”

‘I said “can we see how it plays out for the next while?” But she didn’t really like that and got upset that I didn’t want to automatically be girlfriend and boyfriend – this was all on FaceTime. She said “I don’t really want to be with someone who isn’t sure they want to be with me” and we left it at that. 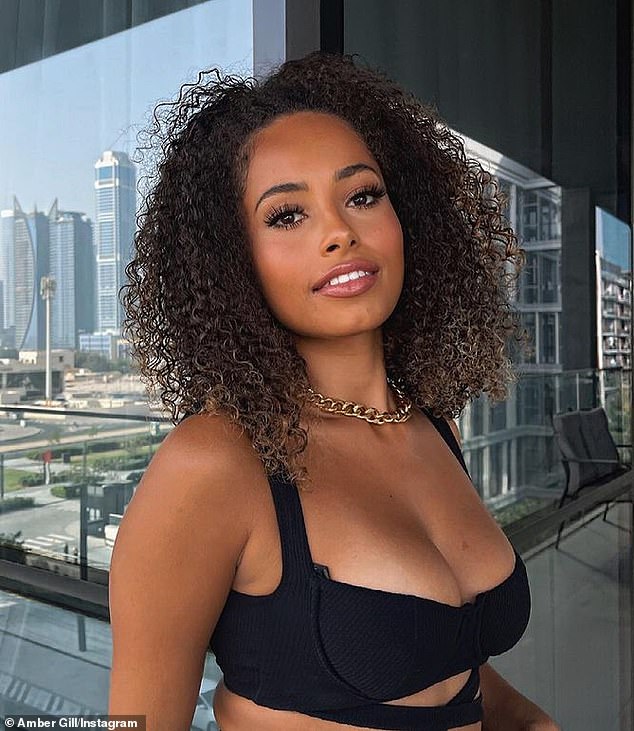 ‘I had to be realistic’: The former Islander, 26, told MailOnline him and Amber mutually agreed over FaceTime to end their relationship because their lives were heading in different directions

‘The next day she got onto me again and she calmed down and agreed with me. I told her “I can’t make you happy as much as you deserve, I can’t be there for you, maybe we should go with what you said last night and part ways now and be realistic about the situation.”

‘I think she expected me to fight for it but I had to be realistic and look at it as a proper relationship and not the Love Island winners. This was all on FaceTime, then I had to go to training, so I put my phone down and I came back after an hour and my phone was blowing up, an article was released “Greg breaks up with Amber over text” – I couldn’t believe it.’

The events that happened next convinced the sportsman he wasn’t cut out for fame and instead of gaining fans like most of his Love Island co-stars, he lost a huge 600,000 followers on Instagram after Amber’s ‘army’ of loyal supporters attacked him and his family for his alleged bad behaviour.

Greg continued: ‘I rang her and said “what’s this story? Why would you do that? You know that’s not the truth” and she said “it wasn’t me, it was my people, they just released it” and she didn’t want it to happen. I said “well it’s happened now and I look like a terrible person.” 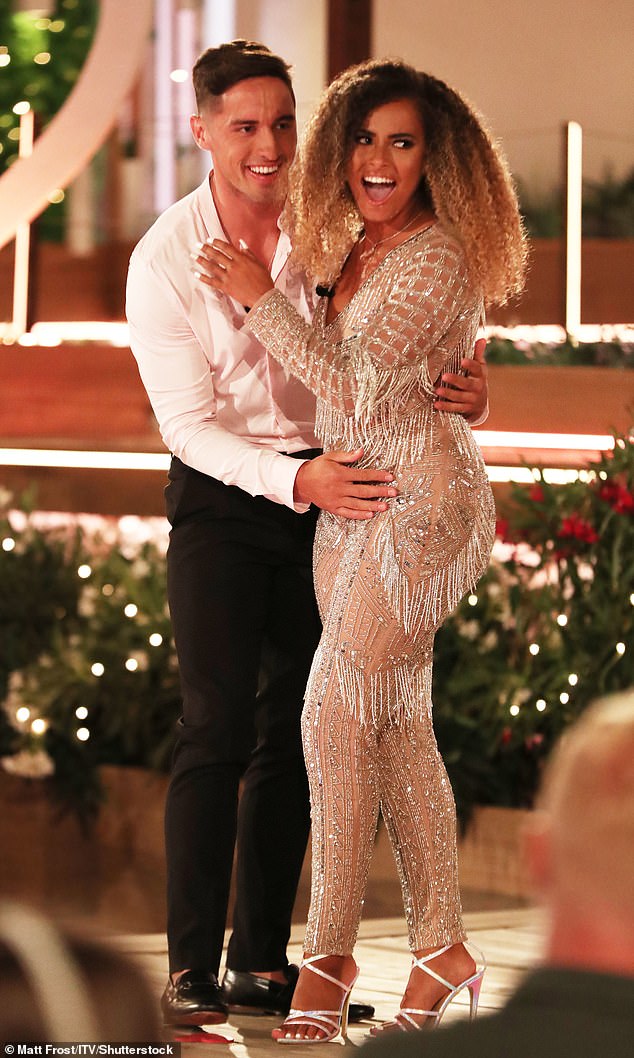 ‘I was getting death threats’: Greg revealed him and his family were bombarded with hateful messages after it was falsely claimed by Amber and her management that he carelessly dumped her over text (pictured in 2019)

‘Her fans – it’s like an Amber army and I can see why because she has everything going for her but when they turned on me it was very scary. I could deal with it because I had the lads around me but it was very sad for my mother who got so upset. It got brutal for a while.

‘I lost 600,000 followers in a short space of time. Everyone flipped on me thinking I was a bad person. It’s been brushed over and I’m fine now and in a better place but it was really hard at the time.

‘Then I was like, do you know what maybe I’m not cut out for this crazy lifestyle so I tucked myself away back in Ireland and I kept training with the team full time.’ 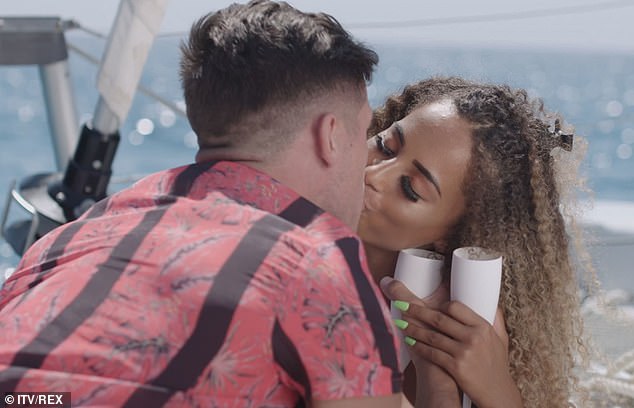 ‘Everyone thought I was a bad person’: Following the backlash Greg decided to turn his back on fame and ‘tucked himself away in Ireland’ until Amber’s legions of fans calmed down

Amber claimed Greg dumped her by text during an appearance on Loose Women in September 2019.

She told the panel: ‘From my point of view I kind of still wanted to make it work and there was a call a few days prior, just chatting not specifically to do with that but definitely on that day it was like a text.’

It wasn’t until the tragic passing of Love Island host Caroline Flack in 2020 that the former couple reconnected when Greg reached out to see how Amber was coping with the devastating loss.

He said: ‘I have nothing bad to say against Amber and in another place and time without all the craziness maybe we could have worked but I had to be realistic at the time and people didn’t like that.

‘The thing with Amber and me is that we completely understand each other and no one else sees that.

‘We hadn’t spoken too much up until Caroline Flack passed and I reached out to her because I know she was so close to Caroline, she was the closest out of everyone in my season because Caroline really took care of her when the whole thing with Michael happened. 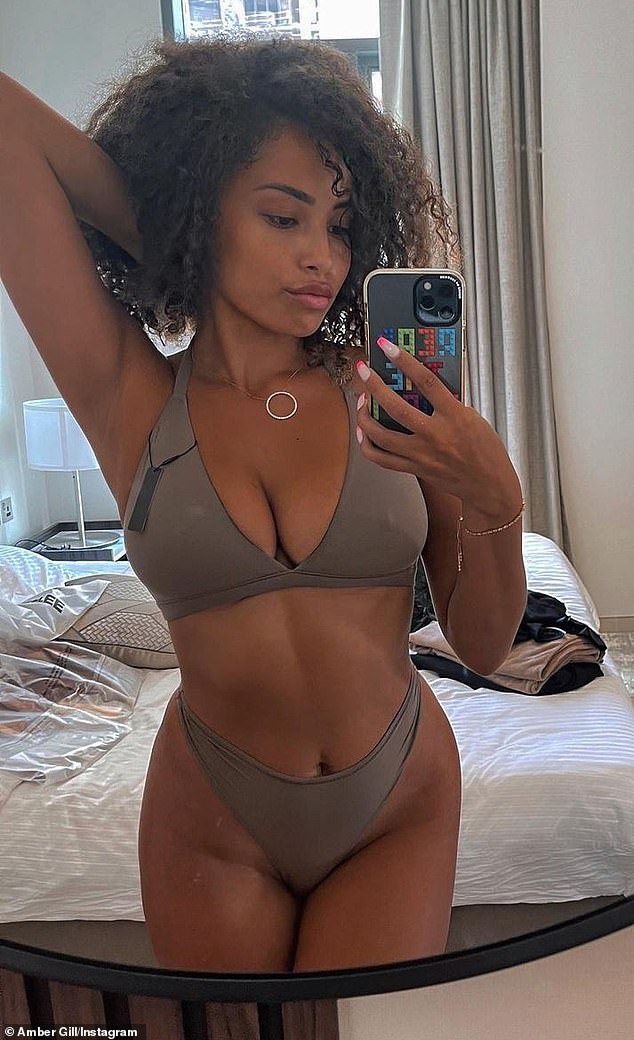 ‘We understand each other’: While their relationship ended badly, Greg has no hard feelings towards Amber and even said ‘in another place and time maybe we could have worked’

‘She got back to me and she was really kind and made sure I was all right and we laughed about everything that happened and said we wished we had dealt with it a bit better. We support each other. She is the whole package, she has everything going for her, we have no hard feelings and I wish people would see there’s no bad blood between us.’

Unlike the majority of his fellow Islanders, Greg turned his back on fame, fortune and followers in pursuit of a happier life and more sustainable career.

He’s never been paid to make a club appearance or flog a dental whitening kit on his Instagram. Instead, he’s hoping to compete in the Tokyo Olympics with his rugby team, as well as being three exams away from qualifying as a solicitor.

Greg believes not giving into life as an influencer means his ‘dignity’ is still intact but admits he could have earned more money from lucrative social media deals if he stayed in a relationship with Amber.

He said: ‘I really went against the grain and didn’t follow the normal route you’re supposed to take.

‘You’re supposed to move to the UK and do the events and the Love Island thing but the issue for me was that I had prior commitments and I was always going to come back to Ireland. 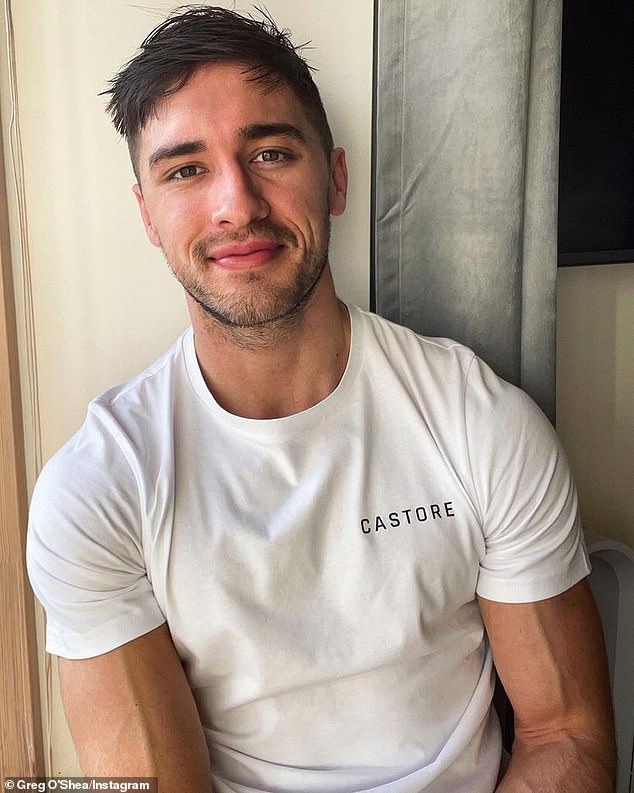 ‘I really went against the grain’: Unlike the majority of his fellow Islanders, Greg turned his back on fame, fortune and followers in pursuit of a happier life and more sustainable career

‘I went back to the life that I had before Love Island so that’s what really helped me to stay mentally strong. But it is really tough, the hate messages are a hard pill to swallow but I think I’ve dealt with it well.

‘I probably underestimated the negative side that comes with it, so if I was to do it again I’d like to be more mentally prepared.

‘Instagram – it’s such a modern industry and people are still trying to figure out what it even is but the thing for me is that I always have in the back of my head is what if the industry crashed – what are you going to do?

‘I definitely missed out on a lot of opportunities and deals – me and Amber could have arguably been just as big as Molly and Tommy are now because we were the winners but I obviously decided to go back to my old life.

‘But I’ve still worked with some amazing brands and companies, I can’t complain, I’ve taken what I could and I still have my dignity intact. It’s not about the money side of things, keeping your dignity and being happy in yourself and not losing all your friends – that’s what matters to me.’ 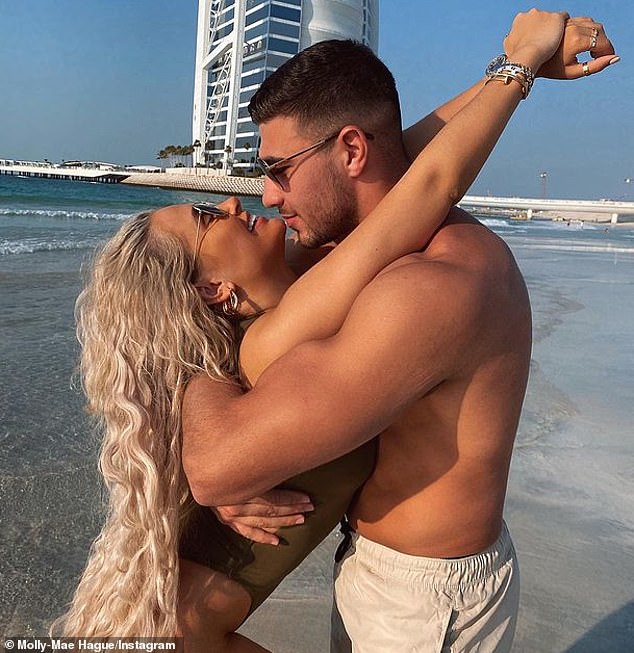 ‘I definitely missed out’: Greg believes if he stayed in a relationship with Amber he could be earning as much money as Molly-Mae Hague and Tommy Fury, who were runners-up in 2019

Despite last being in a relationship with Amber two years ago, Greg admitted he’s still yet to find love but is hoping to finally move to the UK in pursuit of romance and a potential TV comeback.

He said: ‘Directly after the show it was all so crazy and I didn’t have much time for it. Then the pandemic hit and dating stopped.

‘Now that the world is opening up again and restrictions are lifting I’m thinking I can put myself out there again now and see if someone will talk to me.

‘If I ended up moving to the UK I’m sure I’ll be able to meet someone there but I’m really excited about it because nothing’s been happening over the last year!

‘I’m thinking about finishing up rugby in the next couple of months and potentially moving to the UK and maybe trying to get back on a TV show like Strictly Come Dancing or I’m A Celebrity – I’d love something like that.’