Anna Vakili has revealed that her breasts are ‘completely numb’ after she had a boob job seven years ago.

The Love Island star, 30, explained how she’s now set to spend £11,000 on getting her implants removed and also having a boob lift to ‘avoid sagging’.

Speaking with Fabulous, the brunette beauty detailed how she had the procedure to feel ‘sexier’ but now thinks the surgery was a ‘stupid mistake’. 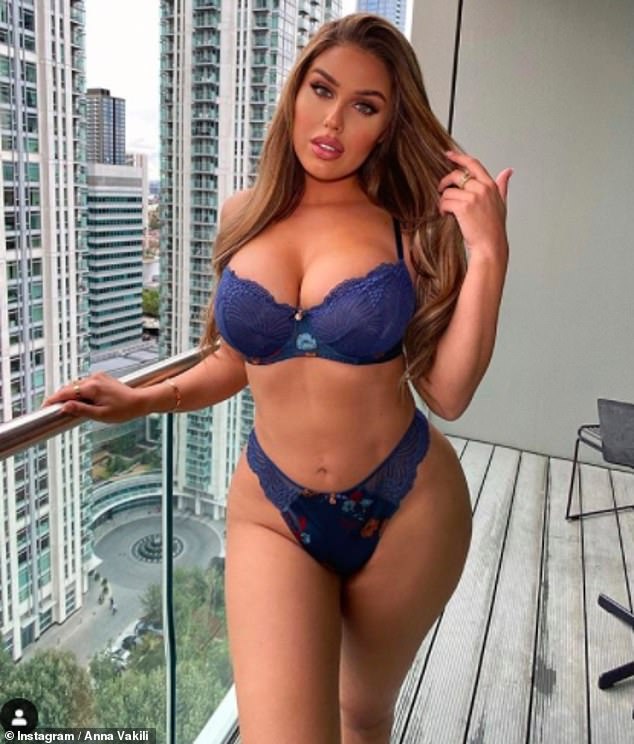 Changes: Anna Vakili has revealed that her breasts are ‘completely numb’ after she had a boob job seven years ago and she’s now set to have her implants removed (pictured in September)

Anna said: ‘When I first got them done, I wanted to feel sexier. But it was a mistake thinking bigger boobs would do that.

‘My boobs were always really sensitive. It was the best part of sex but now they’re completely numb and it’s so upsetting I’ve lost that sensation.

‘Pre-surgery, my boobs were actually perfect. But I was easily influenced and made a stupid mistake… You should just never have surgery to try to look sexy for a guy.’

Anna added that she wasn’t aware of the possibility of losing feeling at the time and had the procedure to ‘please’ everyone, including her then boyfriend. 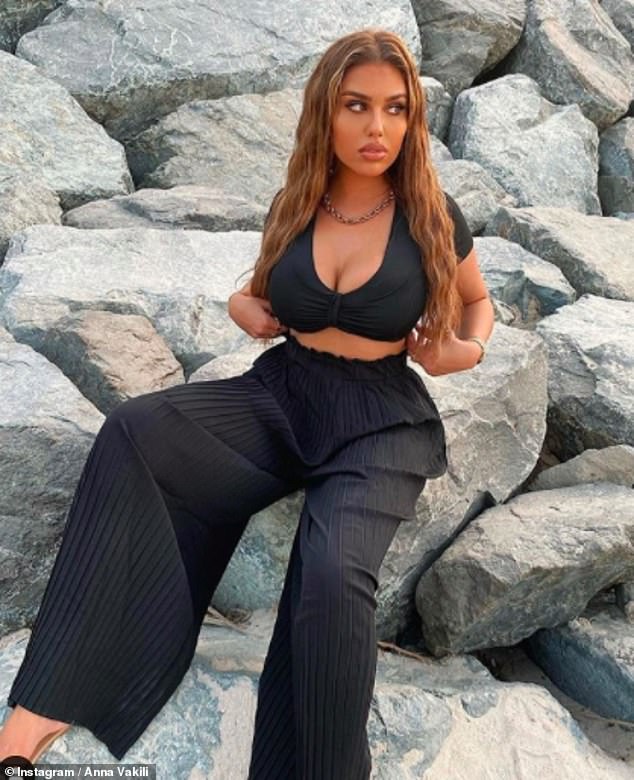 ‘I wanted to feel sexier’: The Love Island star, 30, explained said she was ‘easily influenced’ and had the boob job to please people around her (pictured in September)

The star, who returned to work as a pharmacist during the pandemic, also revealed that she was studying at university and took out a loan to pay for the past surgery.

At the time she paid £5,500 and went from a B to an E-cup, with her now being told that the stretched skin will not go back into place when she goes under the knife.

To try and combat this, Anna will have to have a boob lift when her implants are removed during the £11,000 procedure.

As well as impacting her sex life Anna, who is currently being a 36DD, said that her large breasts have also stopped her from being able to earn money at times.

The former Love Islander said that because of her ample cleavage she’s sometimes unable to wear certain outfits and advertise them on social media. 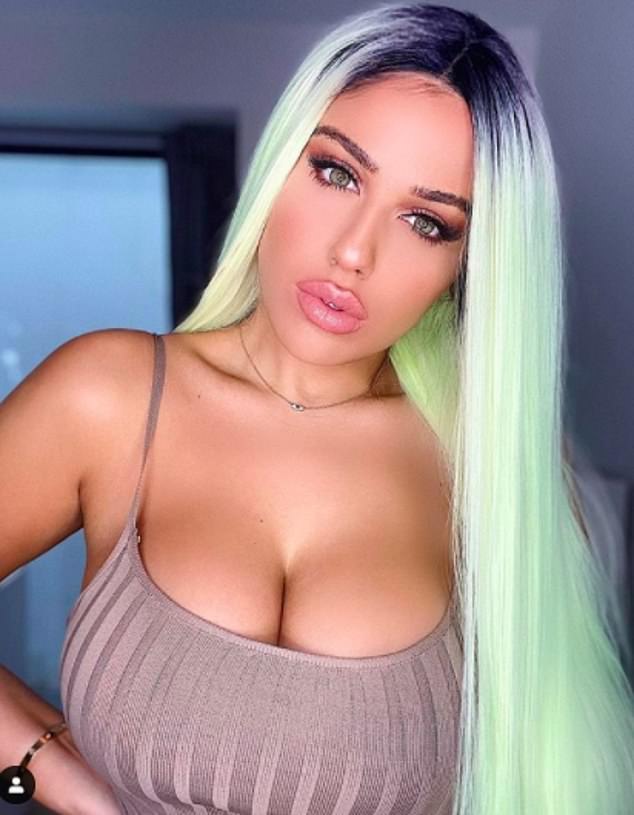 Regrets: Anna spent £5,500 to from a B to an E-cup but thinks having a boob job was a ‘stupid mistake’ (pictured in April)

Looking ahead to her surgery, Anna said that she will not be able to do much for the two weeks following the operation.

Anna revealed that during her recovery seven years ago she was ‘bed-bound’ for several days and had side effects from the anaesthetic.

The news of Anna’s impending removal surgery comes after she recently returned from a sun-drenched trip to Dubai with her sister, Mandi, and their mother.

During the luxury getaway Anna shared a selection of racy snaps where she displayed her hourglass curves.

In one, the Love Islander star certainly sent temperatures soaring as she leaned on the side of a boat, and posed next to her sister, 28, who wore a matching bikini. 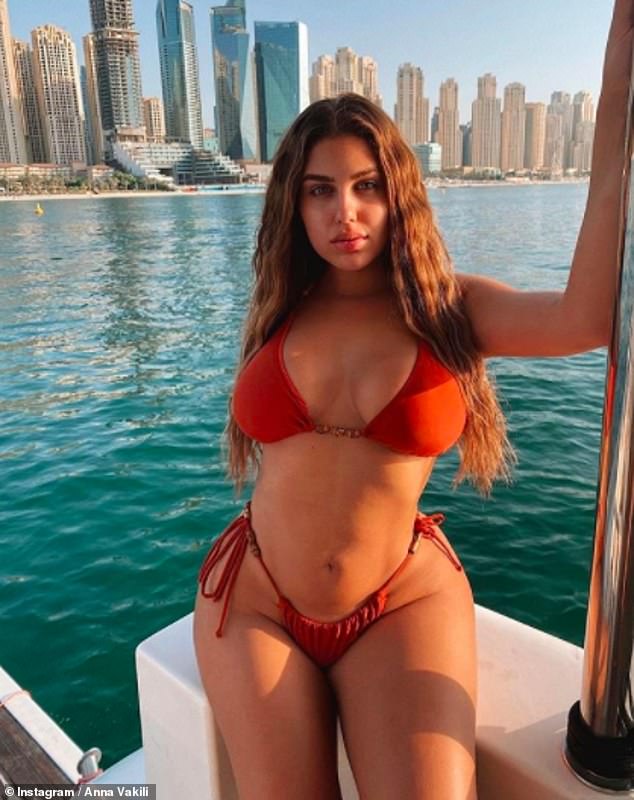 Difficulties: Anna also said her large breasts have stopped her from being able to earn money at times as she cannot always wear clothes to promote on social media (pictured in October)

Anna has previously told how she relies on Mandi for support when she receives bullying from online trolls, or feels insecure about her body image.

Anna said exclusively to MailOnline in September: ‘A lot of women go through different stages in their life where they might feel a bit insecure or extra confident.

‘It’s really important to talk to someone, we have each other. At the moment we deal with it much better.

‘I guess this sounds bad, but I’m immune and desensitised to it now. Mandi is always there for me. When it comes to her, she’s rarely affected, she’s that bad b***h who doesn’t care about things like that.’

Anna also candidly revealed that she is yet to lose the weight she has gained during lockdown.

She declared that ‘life is all about balance’, after admitting she initially lost one and a half stone at the start of the pandemic before putting it back on months later. 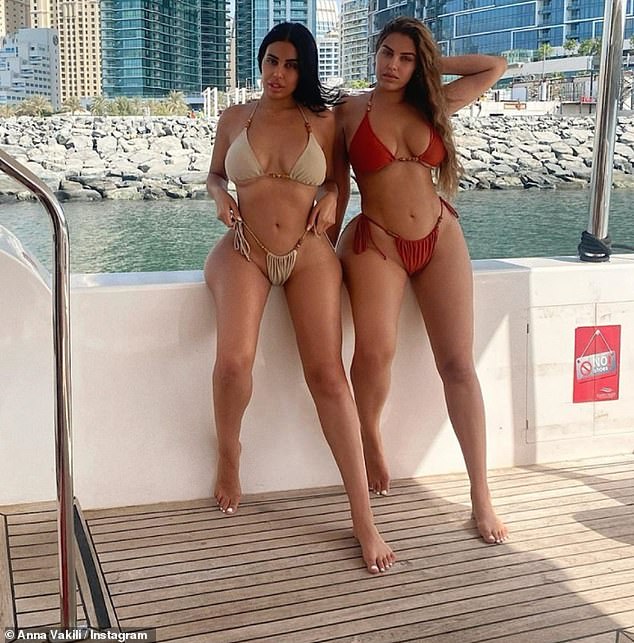 Flaunt it: The beauty often shares racy snaps of her sizzling curves (pictured with her sister Mandi during a recent trip to Dubai)