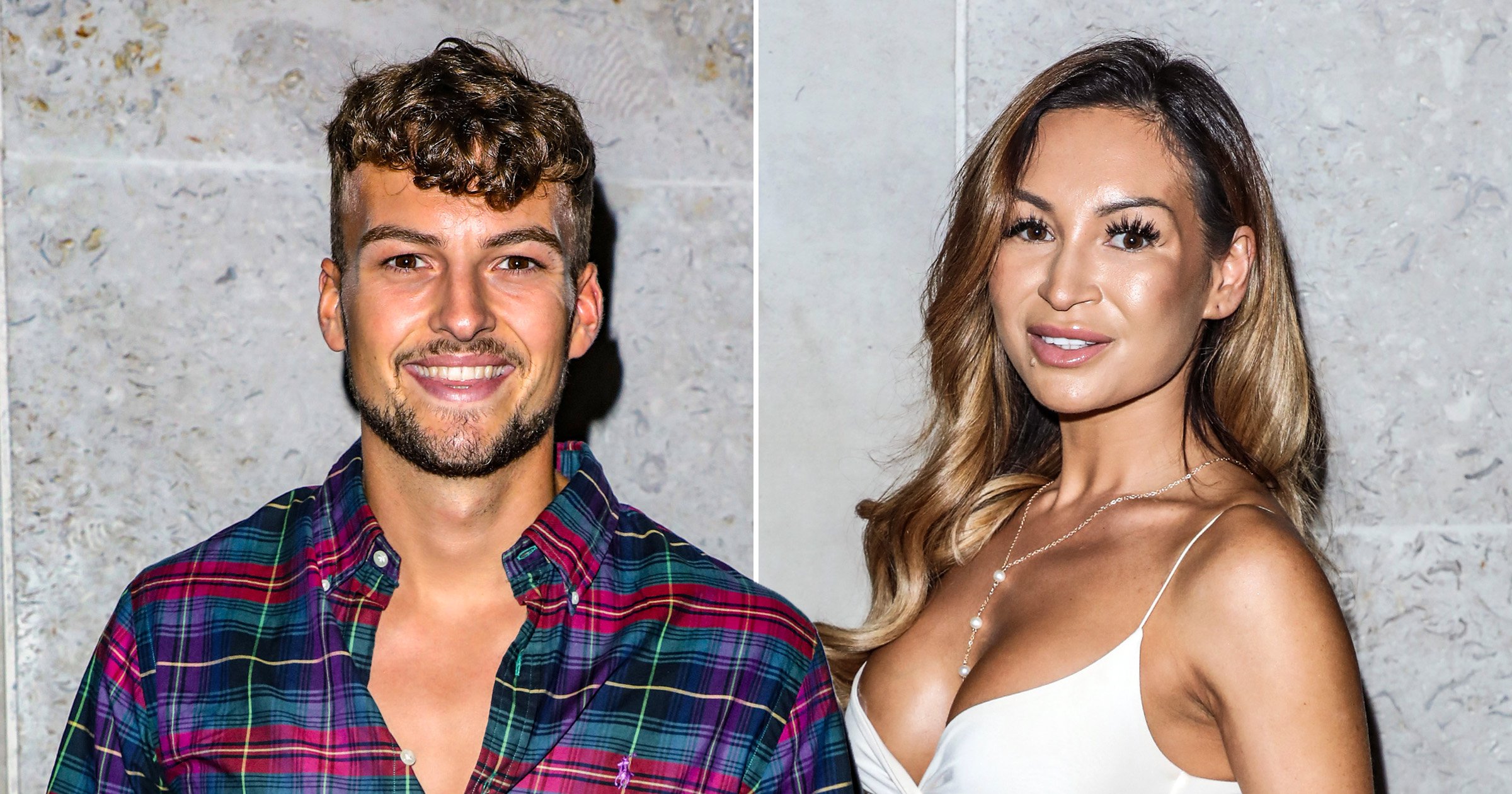 Love Island might be over for another year but it seems the drama is still kicking off, as AJ Bunker called out Hugo Hammond.

At one point, the pair were coupled up together but their relationship didn’t progress after the PE teacher said they were better off as friends.

However, this friendship may have already hit the skids as the tattoo artist branded her co-star a ‘club rat’.

Spilling the beans on a night out they shared, she told OK! Online: ‘We went on a night out with some of the cast the other week, and Hugo was on his phone the whole time. He didn’t give us the time of day.’

When Amy Day claimed he was ‘kissing everyone’, AJ added: ‘He was being a club rat in front of me, Georgia and Amy.

‘It’s like, okay, you didn’t want any of us girls but you’ll go for some girl you met ten seconds ago in a club.’

Hugo didn’t have the best time of it on Love Island, and failed to make a connection with any of the girls during the series.

He was eventually booted from the show with Amy but they didn’t leave on best terms when he described his love life as ‘tragic’ while stood right next to her.

The awkwardness didn’t end there as he then claimed that the bombshell used him as a ‘green card’ to get into the main villa from Casa Amor, something she has firmly denied.

Shortly after his exit, the star sent us all into a frenzy when he alleged that Liberty Poole ‘pulled him for chats’ in unaired scenes, suggesting they weren’t shown on our screens to ‘protect’ her bond with Jake Cornish.

Pouring ice cold water on his claims, Liberty cleared up the situation on Instagram, during a Q&A with fans.

When asked about what went down, she laughed: ‘This intimate chat. It was just literally me and Hugo sat down like, “What do you do with yourself?” Blah blah blah.

‘It was very just friends, there was no sexual chemistry between us and I love Hugo as a mate but that’s all the chat was.’

‘All love for Hugo but we are just friends [heart emoji],’ she added in a caption.