Love Island: Singer Antigoni Buxton is revealed as a new bombshell – while her celeb chef mum Tonia gushes that she’s ‘excited and proud’

The Love Island villa is set to be shaken up once more as stunning new bombshell Antigoni Buxton was teased on Tuesday night’s episode.

The 26-year-old is a singer-songwriter from London and told how she was inspired to take part in the show out of a desire to have ‘as many new experiences as possible’.

Antigoni is no stranger to the world of television as her mother is celebrity chef Tonia Buxton, 54, who’s a regular guest on Sunday Brunch. 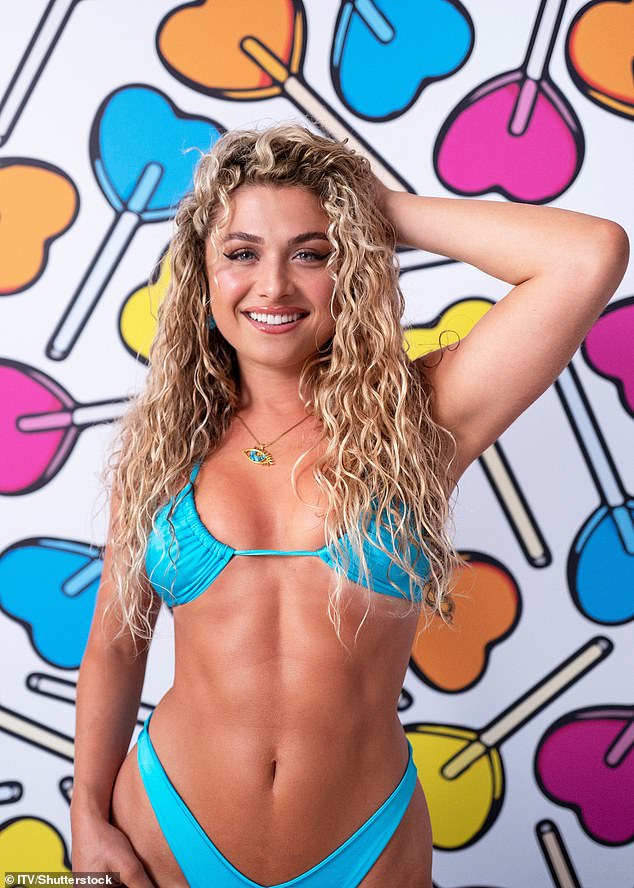 Newcomer: The Love Island villa is set to be shaken up once more as stunning new bombshell Antigoni Buxton was teased on Tuesday night’s episode

Asked why she decided to take part in Love Island, Antigoni – who is the ex-girlfriend of 2018 Islander Jack Fowler, 26 – said: ‘I’ve been single for almost a year and a half and for the whole of the last year my goal has been to have as many different experiences as possible.

‘I really just want to say ‘yes’ to things. Why not? It’ll be fun. I’m a Cypriot girl and I love being in the sun. I’ve got nothing to lose!’

Antigoni’s mother Toni shared her excitement at her daughter entering the villa, writing on Instagram: ‘I can not believe that my @antigoni is in the Love Island Villa, she mentioned she would be sunbathing this week I didn’t think she meant in Mallorca!’ 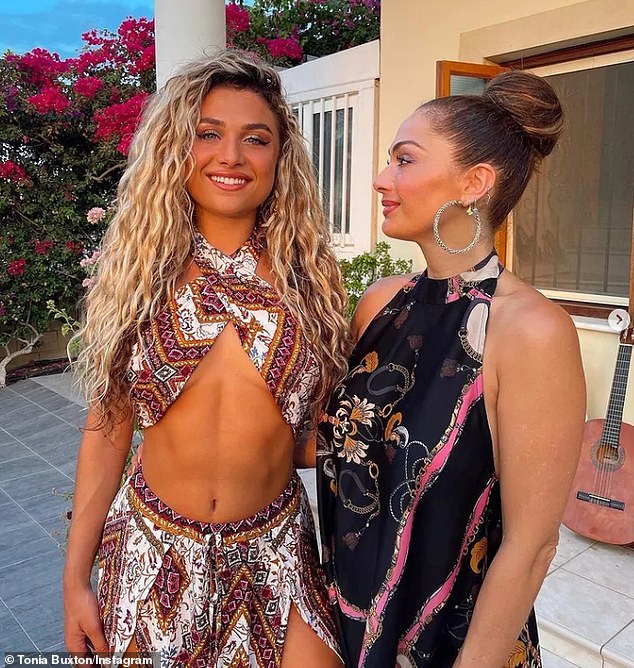 Sweet: Antigoni’s mother Toni shared her excitement at her daughter entering the villa, saying she was ‘excited’ to watch the show and that she knows she’ll ‘make her proud’ 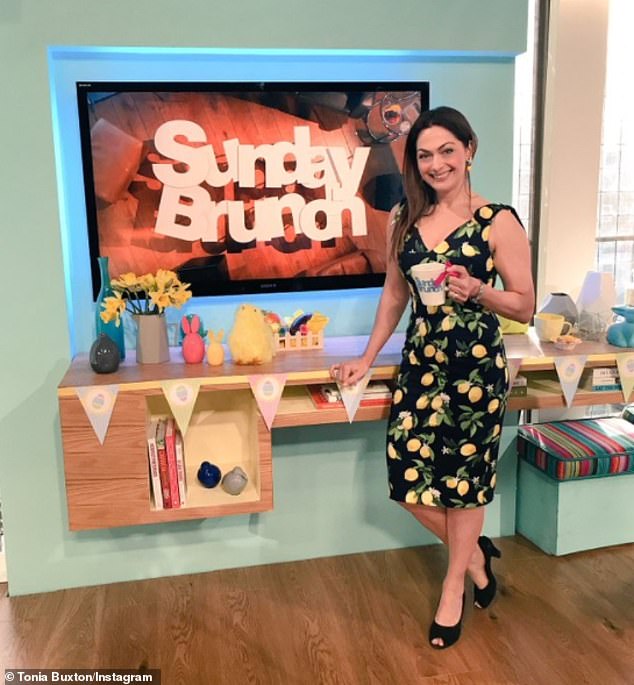 Screen time: Antigoni is no stranger to the world of television as her mother is celebrity chef Tonia Buxton, 54, who’s a regular guest on Sunday Brunch

She added: ‘We are all so excited for you and know you will be amazing! You have always been an island girl, so I know you will fit right in!

‘Hoping you all love and support my girl, I know she will make us proud! ❤️

‘Tune in to my stories every night where I will be commentating the show, or trying to! #loveisland’ 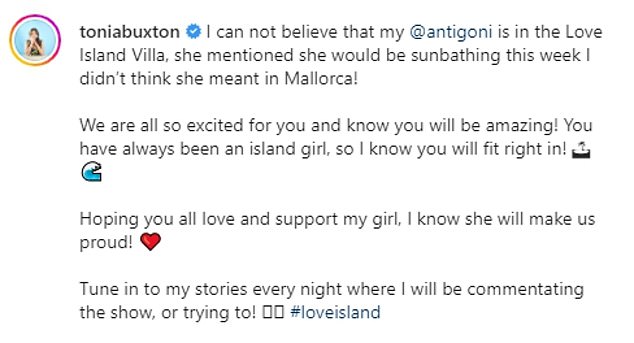 Cute: Antigoni’s mother Toni shared her excitement at her daughter entering the villa in a sweet Instagram post

A pal told MailOnline: ‘Antigoni is certainly going to turn some heads. She’s great fun and is naturally very beautiful, as well as being talented with a good head on her shoulders.

‘Her music has always been her priority, but she just couldn’t turn down the chance to go on Love Island as she’s a big fan of the show and it also means she’s guaranteed a fun summer.’ 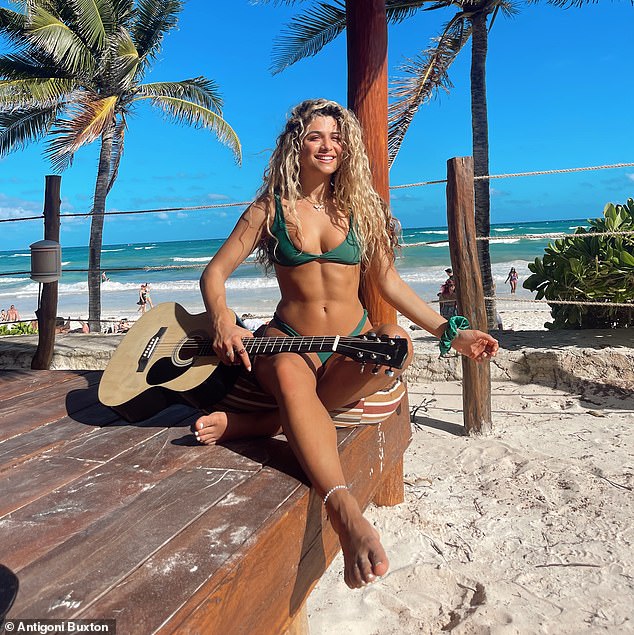 Bombshell: The 26-year-old is a singer-songwriter from London and told how she was inspired to take part in the show out of a desire to have ‘as many new experiences as possible’ 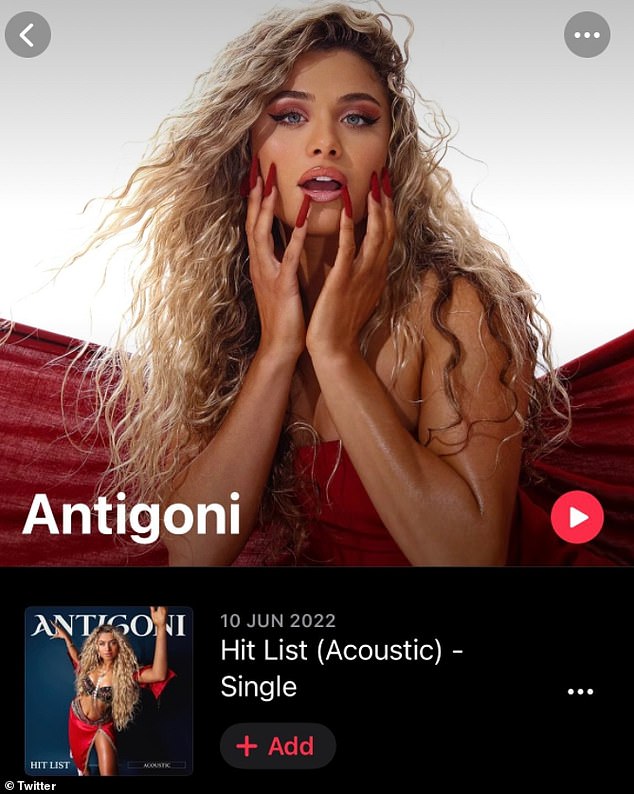 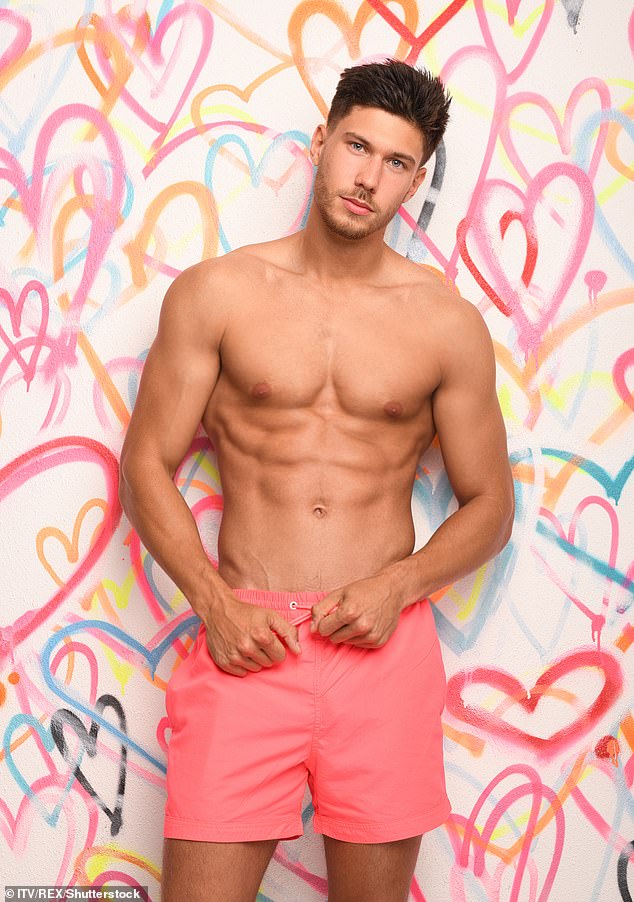 Former flame: Antigoni is the ex-girlfriend of 2018 Islander Jack Fowler, 26

Antigoni was signed to Island Records when she was 20 by former president Darcus Beese, the man who also signed Amy Winehouse to the label.

During her entrance, Jay Younger was seen saying ‘woah’ as he spotted her in the garden as the girls gathered to watch from the balcony. 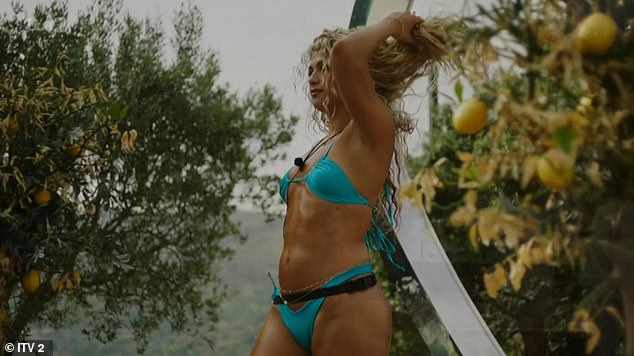 Teaser: Antigoni is set to enter the villa on Wednesday night’s episode of the show 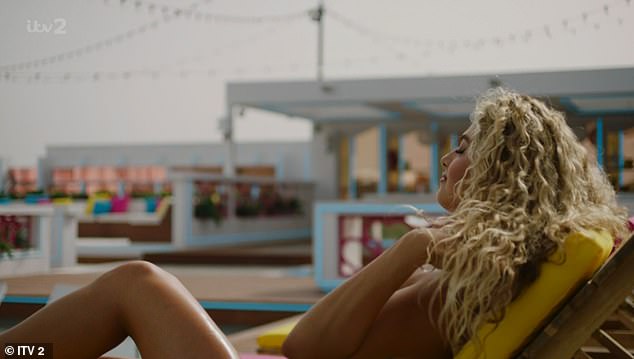 Entrance: She was seen strutting into the villa in a blue bikini before relaxing by the pool ready to meet the guys

According to The Sun, Billy Brown will soon become a new addition to the show for the girls to fight over.

Billy, who is described as a ladies’ man and a fitness fanatic, is already familiar with islander Gemma Owen as the pair follow each other on Instagram – although it’s not clear how well they know each other.

A source said: ‘Billy is a ladies man and he’s definitely going to bring some fireworks into the villa. 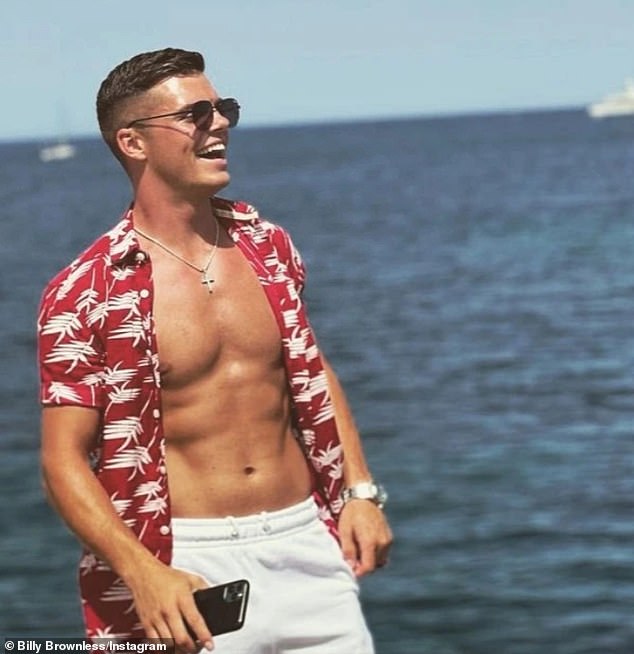 New face: Love Island bosses are reportedly set to stir things up once more as hunky new bombshell Billy Brown is being lined up to enter the villa

‘He knows what he wants and isn’t shy about going after someone he fancies – whether they are in a couple or not.’

It is unclear when Billy will enter the villa and whether he will be a new bombshell or appear in Casa Amor.

Love Island continues on Wednesday at 9pm on ITV2.