She recently wowed fans in a colourful spring campaign shoot for Marc Jacobs.

And Lourdes Leon kept up her model behaviour as she took to Instagram to post a sultry mirror selfie on Sunday.

Lourdes, 24, the eldest daughter of pop superstar Madonna, 62, posed in a figure-hugging peach velour tracksuit that accentuated her stunning curves. 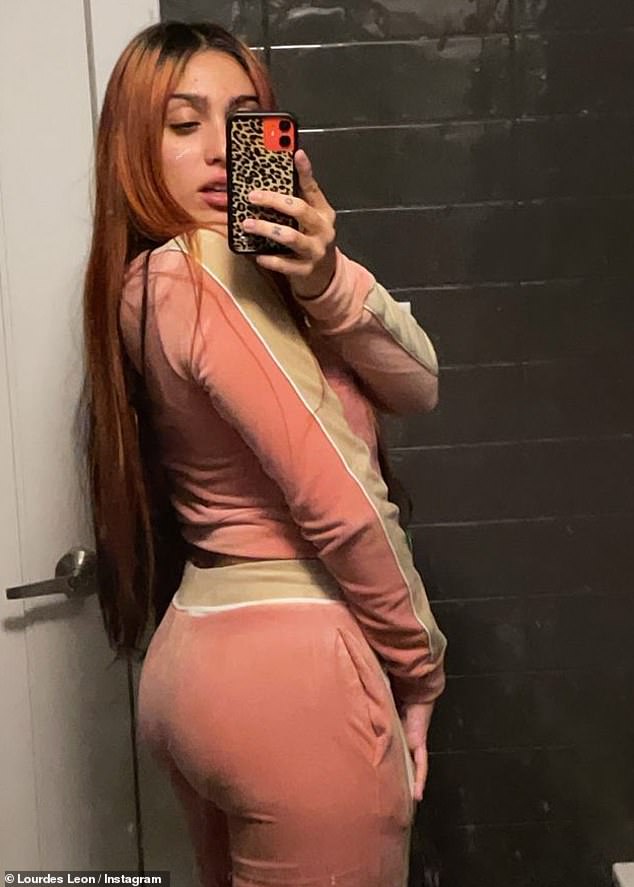 Snap happy: Lourdes Leon kept up her model behaviour as she took to Instagram to post a sultry mirror selfie on Sunday

Lourdes – who’s known as Lola to her friends and family – held up a red phone in a racy leopard print case to her bathroom mirror to secure the snap.

The model kept things natural without make-up and wore her russet hair loose over her shoulder.

She wore a two-toned peach and sand coloured tracksuit that perfectly flattered her model figure.

Despite only having joined Instagram in January, the star has already made waves with her sultry social media snaps. 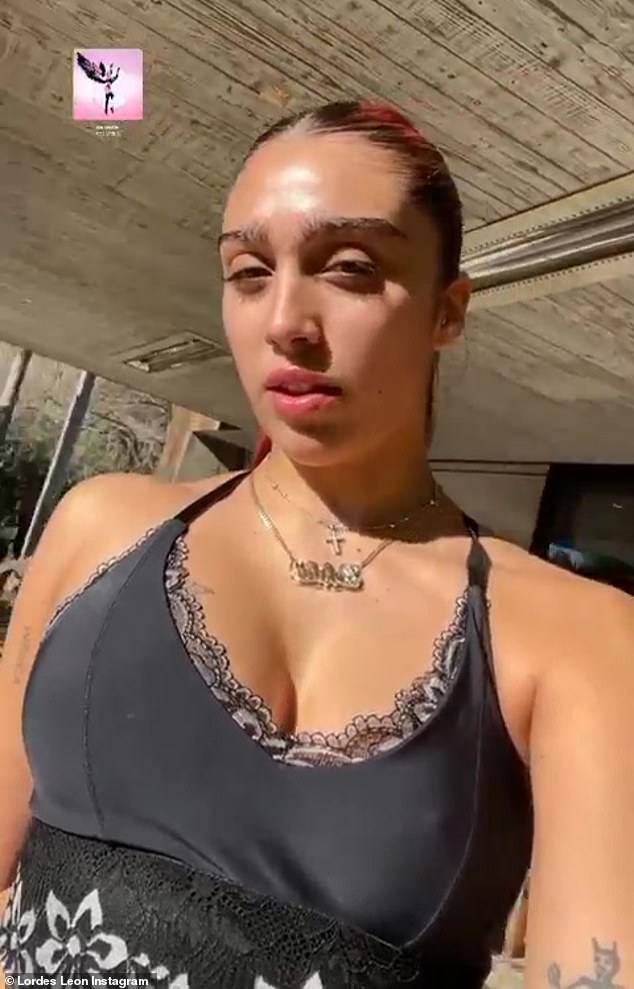 All eyes on her: Despite only having joined Instagram in January, the model, 24, has already made waves with her sultry social media snaps

After amassing 110k followers the model hit back at some users who accused her of posting ‘thirst traps’.

The model had posted a photo of her posing in a Juicy Couture campaign wearing ‘Juicy’ black underwear.

One troll said: ‘Not u thirst trapping…. what would ur mom think!’ To which Lourdes savagely replied: ‘Does your mom know u don’t wash ur a*s.’

Lourdes is Madonna’s eldest daughter with her ex Carlos Leon.

The music legend showed her dedication to her family in December when she had her six children’s initials ‘L R D M S E’ inked on her wrist. 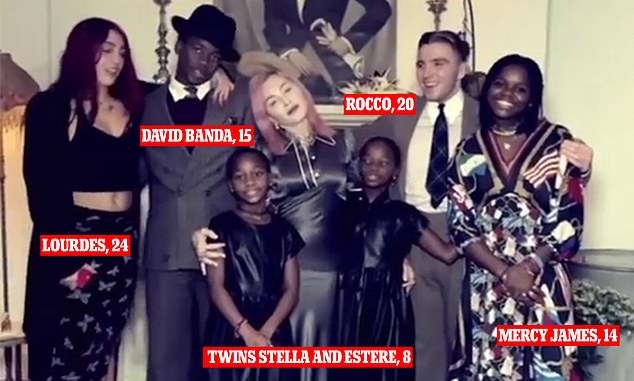