It appears Lisa Vandercamp’s husband has reached a breaking point when it comes to the treatment of his wife.

In a lengthy Twitter rant, Ken Todd blasted the ladies of The Real Housewives Of Beverly Hills in what he captioned: ‘It’s my birthday and I will speak if I want to.’

‘I would like to get some things off my chest,’ Todd, 61, began after noting that it had been a year since ‘all the negativity against my wife started.’ 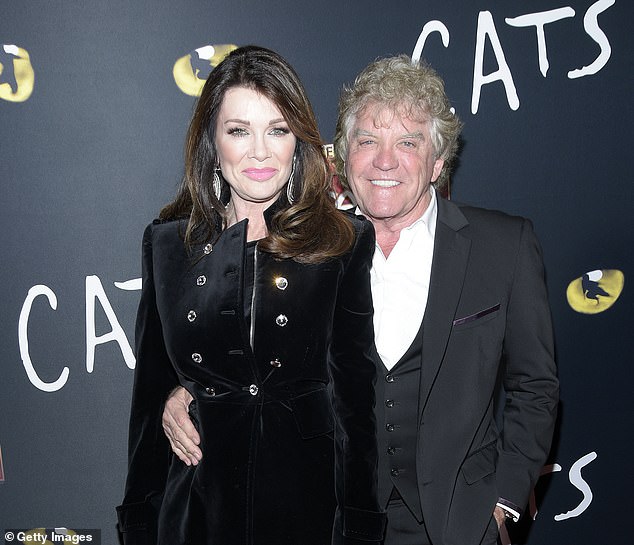 Hitting back! Ken Todd, 61, took to Twitter to defend his wife, Lisa Vanderpump, against her former RHOBH co-stars

‘There has been a huge amount of nastiness that has pushed my wife to the brink,’ he added.

‘When, at a time in her life like this, she needed her friends!’

And then there was tragedy: when her brother Mark Vanderpump passed away from a drug overdose in April 2018 that was ruled suicide, all the while she bickered with castmates including Kyle Richards, Teddi Mellencamp, Lisa Rinna and Erica Jayne. 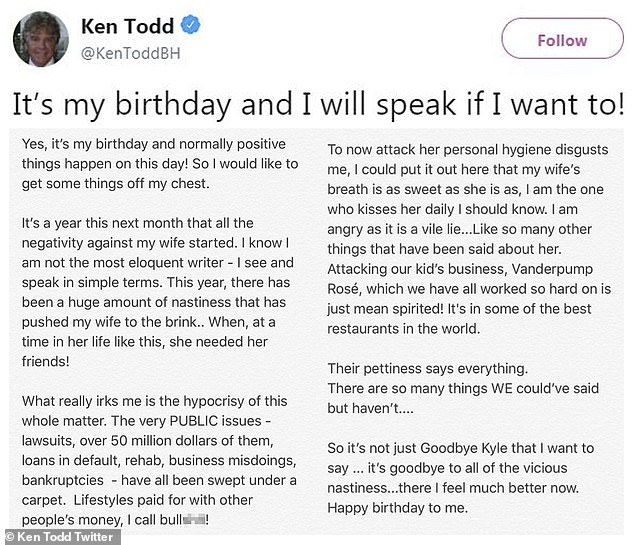 Call out: Todd said the RHOBH ladies were not their for his wife during times over the past year when when she needed friends the most 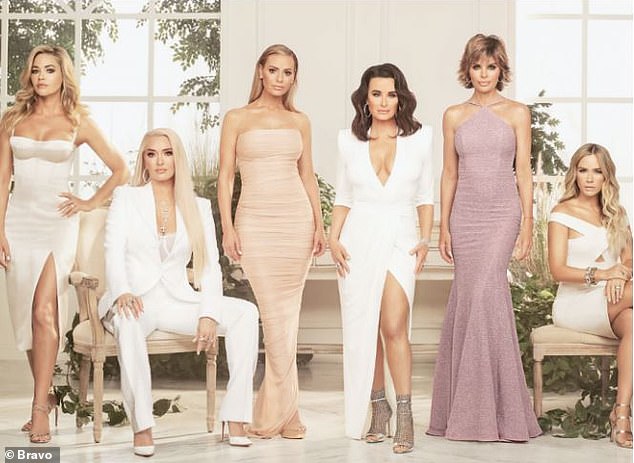 Tough talk! Todd has called the treatment of his wife by the RHOBH cast ‘disgusting’

Todd then goes on to reference the hypocrisy of those involved, which appears to include Dorit and PK Kemsley’s financial and legal woes.

‘The very PUBLIC issues – lawsuits, over 50 million dollars of them, loans in default, rehab, business misdoings, bankruptcies – have all been swept under a carpet. Life styles paid for with other people’s money, I call bull****. ‘

He goes on to say that their work against the Yulin Dog Meat Festival, along with their effort to help pass a resolution in congress to save thousands of dogs worldwide, was simply brushed aside, in favor of one single dog, Lucy Lucy Apple Juicy, whom he pointed out ‘is now in a happy home, not biting, pecking, or whatever you choose to call it.’ 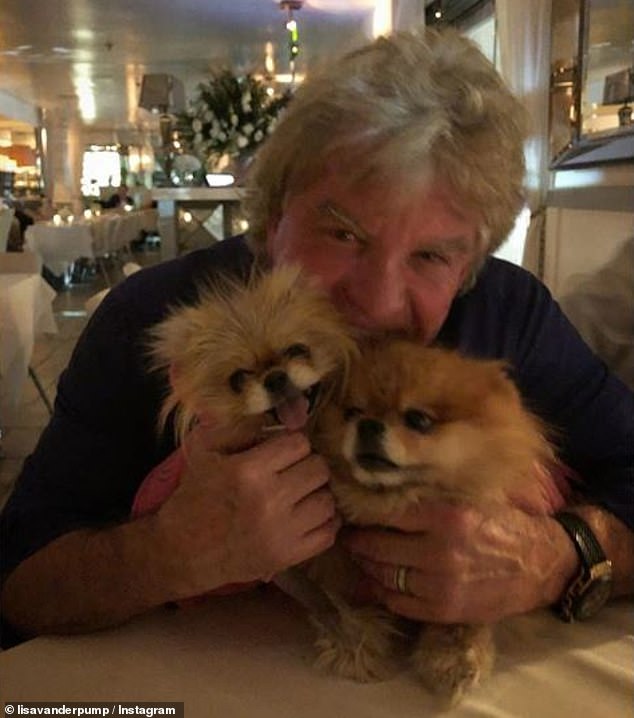 Coming to her defense: Todd also said he and his wife’s work against the Yulin Dog Meat Festival, along with their effort to help pass a resolution in congress to save thousands of dogs worldwide, was simply brushed aside

Todd also alluded to Dorit Kemsley owing Vanderpump Dog $5,000 before simply asking that his wife no longer be bullied.

‘Yes, I used that word, bullying, because that is what this nonstop attack has been,’ he added.

Todd made sure to say that he is proud of Lisa’s accomplishments with Project Food Angel, even though ‘she has been so down.’

He then took aim at Camille Grammer, who joked earlier this year about his wife’s bad breath. 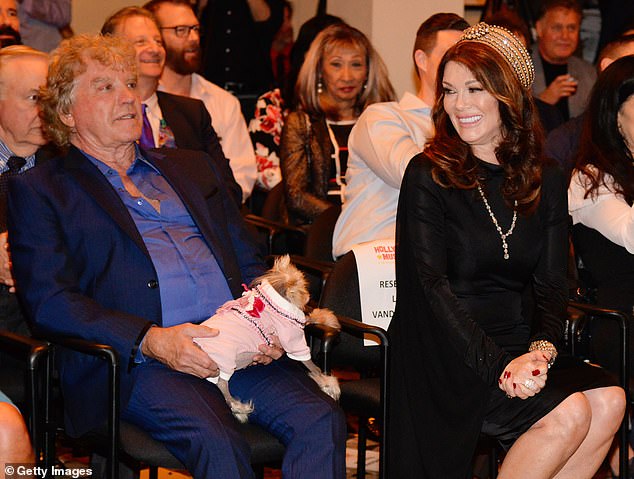 Birthday bash: After laying out his gripes, Todd ended with: ‘goodbye to all of the vicious nastiness…there I feel much better now. Happy birthday to me’

‘To now attack her personal hygiene disgusts me,’ Todd said.

‘I could put it out here that my wife’s breath is as sweet as she is as, I am the one who kissed her daily I should know. I am angry as it is a vile lie…Like so many other things that have been said about her.’

‘Their pettiness says everything,’ he said of the RHOBH ladies.

Todd ended by harking back to Richards’ joke about the heated argument she had with the couple, he wrote: ‘So it’s not just Goodbye Kyle that I want to say … it’s goodbye to all of the vicious nastiness…there I feel much better now. Happy birthday to me.’