Linda Lusardi, 61, looks sensational in a bikini and sarong as she paints her garden fence… weeks after COVID-19 battle left the star at ‘death’s door’

She successfully battled her way back from ‘death’s door’ last month, after contracting deadly COVID-19 alongside her husband, Sam Kane.

And Linda Lusardi, 61, showed how much she’s bounced back from her brutal fight on Tuesday evening, when she shared a snap of herself painting her garden fence.

The former Page 3 model looked sensational as she posed for the camera in a black bikini top, which she teamed with a colourful palm tree-themed sarong. 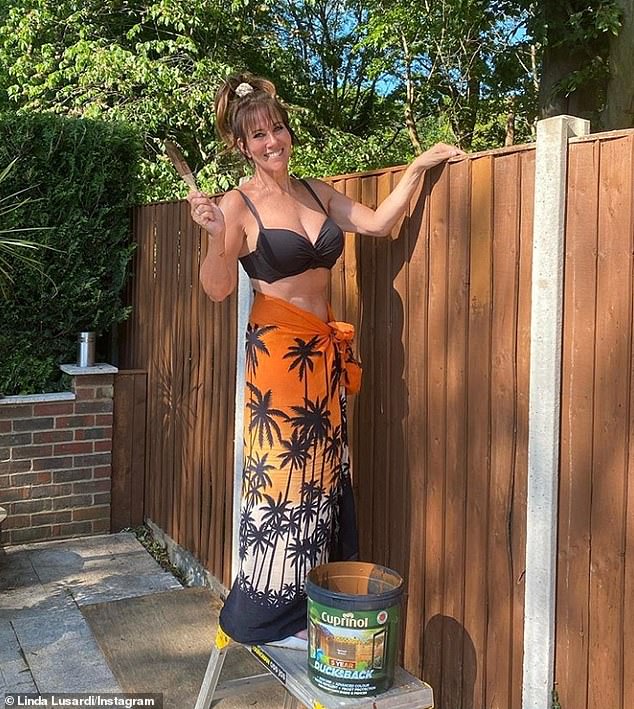 Radiant: Linda Lusardi, 61, showed how much she’s bounced back from her brutal COVID-19 fight on Tuesday evening, when she shared a snap of herself painting her garden fence

Adding an extra touch of glamour to her flattering ensemble, the British beauty wore her glossy chestnut brown tresses in a high ponytail with a long fringe.

Standing atop a step stool, the star gleefully held a paintbrush aloft as she beamed in the snap, which she captioned: ‘Bit of fence painting in the sun. Glorious day #diy #sunshine #fencepainting.’

Last month, Linda revealed she had a ‘traumatic’ final goodbye with her husband Sam, 51, when she took a turn for the worse during her battle with coronavirus. 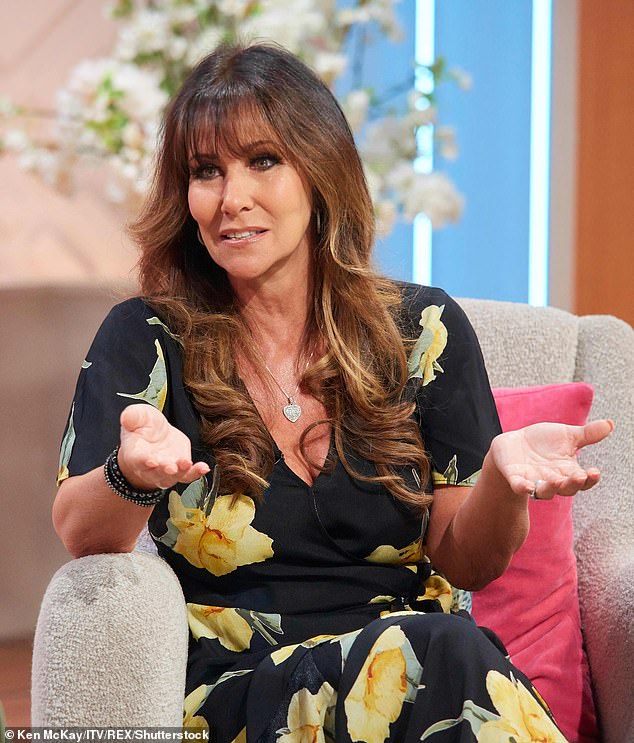 Battle: She successfully battled her way back from ‘death’s door’ last month, after contracting deadly COVID-19 alongside her husband, Sam Kane

Speaking about the experience during an interview with Sky News she reflected on the ‘dark moment’ she thought she may not survive the virus.

In an emotional retelling of the event, which saw her hospitalised in March, the model explained: ‘There were some very dark moments where I didn’t think I was going to make it. All my vital signs were going down badly.

‘So I texted Sam, who was in another part of the hospital and said, “I don’t know if I’m going to make it, can you come up.”

Saying that a nurse ‘took pity’ on them by giving Sam a gown and mask and allowing him to visit her, she went on: ‘He gave me a pep talk about staying positive and “get back for the kids, you can’t leave us”. 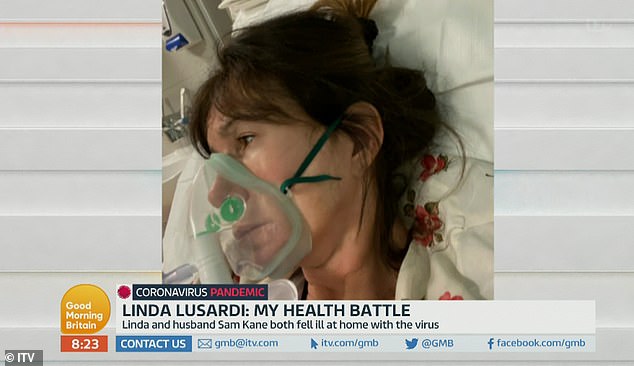 Battle: The former Page 3 model was hospitalised in March, and shared pictures of herself battling the virus after she was discharged last month

‘It was very traumatic. Then he was taken out and the next day he went home.’

Meanwhile, the star has launched an online memorial for the victims of coronavirus following the death of close friend Eddie Large.

Linda, who herself was hospitalised last month with COVID-19, is now encouraging people to pay tribute to their lost loved ones using the site.

Speaking to The Daily Star, she said: ‘My children could have been putting me on that site. We want this to honour people who weren’t as lucky as me.

‘I do find the stories really sad, some of them have made me cry. But it has been providing some comfort to those who have lost loved ones.

‘It helps them knowing they are registered on this site and they will always be there.’

Linda was spurred on after comedian Eddie Large, 78, died last month after contracting coronavirus while being treated in hospital for heart failure.

She told the newspaper: ‘Eddie was vibrant and lively and full of fun… He had heart problems in the past but he went in for a routine operation and didn’t come back out. I can’t believe it, it was shocking.’

She also paid tribute to the TV legend on social media at the time of his unexpected death. 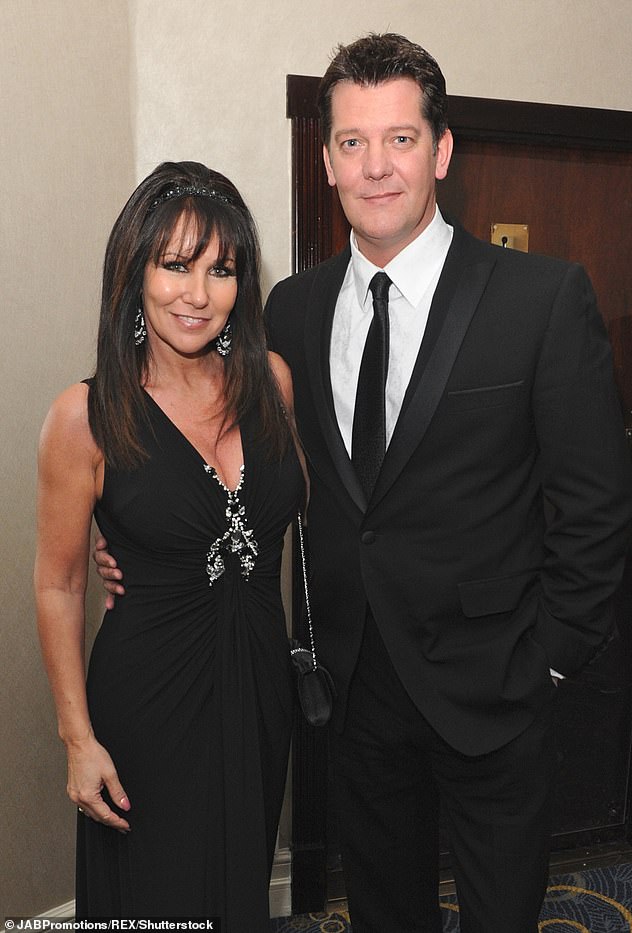 Traumatic: Linda (pictured in 2012 with husband Sam Kane) said she could feel her organs ‘failing’ during her harrowing battle

The mother-of-two wrote: ‘We are devastated at the news that our wonderful friend Eddie Large has died from the virus. Our love and best wishes go to his beautiful wife Patsy and his family.’

Linda was herself recently hospitalised alongside husband Sam Kane, after suffering severe symptoms, which left her at ‘death’s door’.

Doctors have since told her that it could be three months or more until she returns to full health.

It comes after she told talkRADIO she felt like she wanted to die due to the severity of her condition.

She said: ‘You get in a mindset where you almost want to go because it’s so uncomfortable and painful and you feel so bad.

‘I said to the ambulance lady, if you don’t take me in I’m going to die in this bed. I knew I would.

‘I think I probably had another 24 hours, 48 hours maybe, and I would have gone because I felt like my body was dying.

‘It’s nothing you can explain to people because unless you’ve been there, you think, “how could you know that”, but you can almost feel your organs failing. 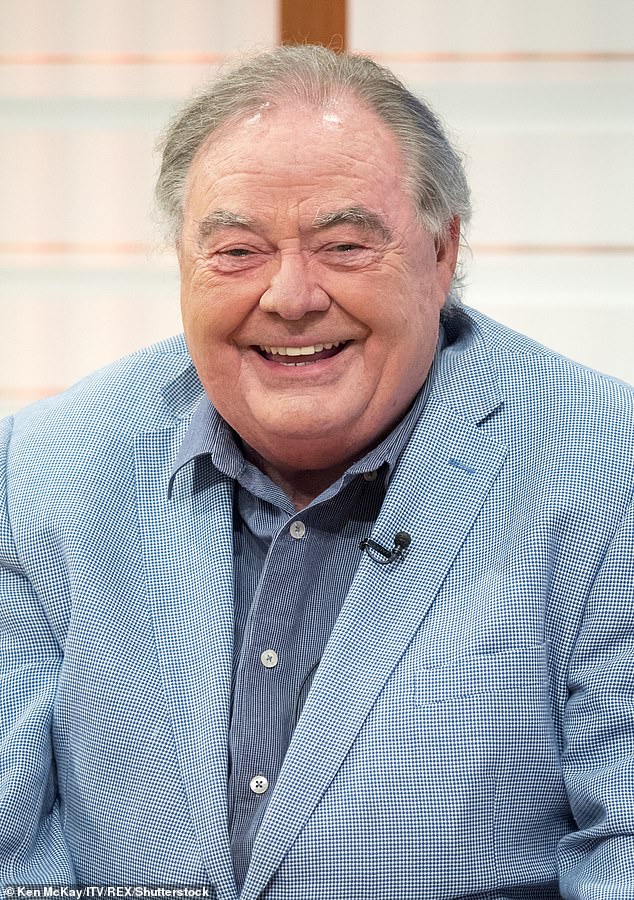 Memorial: Meanwhile, the star has launched an online memorial for the victims of coronavirus following the death of close friend Eddie Large. Pictured in 2017