Lil Nas X was perfection with his Halloween costume, where he dressed up as Nicki Minaj from her ‘Super Bass’ video. He’s now hitting back at 50 Cent and others who dissed his homage to Barbs.

Lil Nas X was praised by plenty of fans and fellow music artists for his incredible Halloween costume, where he went in drag as Nicki Minaj in all her “Super Bass” music video glory. You can see his look here. It was a total tribute to the 37-year-old’s iconic outfit and styling from her 2011 video, as Nas X wore the same plunging pink and white animal print catsuit (with a prosthetic cleavage), pink and yellow wig and identical makeup. But 50 Cent is the king of trolling and he just couldn’t help himself when it came to dragging the “Old Town Road” singer. 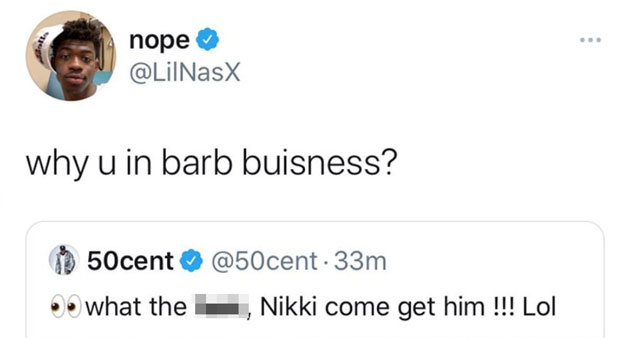 After Nas X tweeted and posted two photos of him in costume, along with a still from Nicki’s video for comparison, Fifty — real name Curtis Jackson III — shared the pictures on his Twitter account and wrote, “What the f**k. Nikki (sic) come get him!! lol.”  Nas X — real name Montero Lamar Hill — clapped back, “why u in barb business?’ referring to Nicki’s nickname. 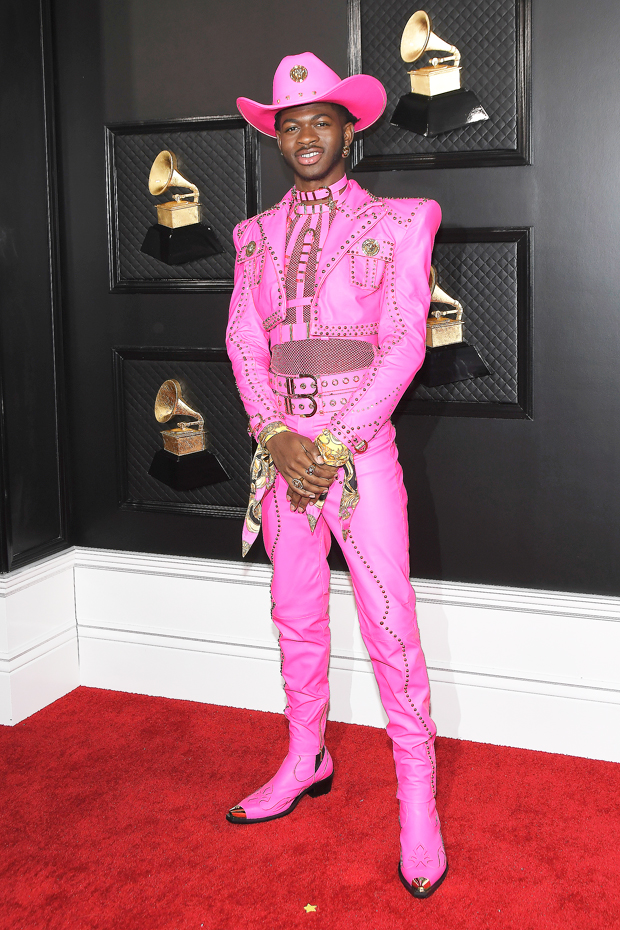 It wasn’t just Fif who dragged his costume, as some others came at the openly gay rapper with homophobic comments. Dave East, 32, used a homophobic slur in Jamaican Patois during an Instagram story while sharing a snap of Nas X’s Nicki costume. He called him a “Bati Mon,” which is a slur for a gay man in the language, and a Nas X fan took a screenshot to call Dave out.

“Your obsession you have with the lgbtq community is getting weird,”@animalfriesplz tweeted to Dave on Nov. 1 next to the screen shots, asking, “do you have anything to share with the class?” Nas X then retweeted it and added, “it’s ‘batty man’ n****s can’t even be homophobic the proper way smh butchering the hell out of the patois.”

Later that same day, Nas X tweeted out, “bro i don’t bother a soul in this industry. all i do is tweet and make bangers. leave me alone damn.” Finally as Halloween weekend officially had come and gone, Nas X won some serious love from fans by tweeting, “it’s november 2nd and grown men are waking up to have group discussions about a costume i wore on halloween.” That tweet has over 176 million likes in just eight hours, proving Nas X has totally won out over his haters when it came to his epic Nicki outfit.