‘He said we need you here now, daddy’: Liam Payne reveals his son Bear, three, is desperate to see him as they share emotional FaceTime calls while separated in lockdown

He’s been separated from his son Bear, three, during lockdown.

And Liam Payne, 26, has revealed his little boy is desperate to see him, as they stay connected during regular Facetime calls.

Bear is living with his mum, Liam’s ex Cheryl, 36, during lockdown, while the One Direction star self isolates alone in his London home. 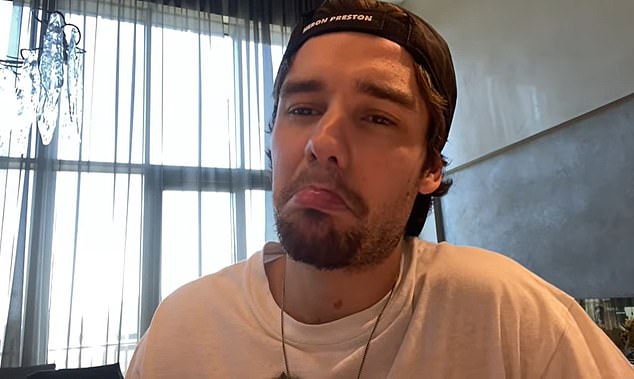 Missing someone: Liam Payne has revealed his son Bear, three, is desperate to see him, as they stay connected during regular Facetime calls during lockdown

Speaking about the separation during an episode of his new YouTube series, Liam told his fans: ‘Let’s talk about my son. I have a three-year-old son named Bear, he has been extremely funny at the moment and very cute as well.’

‘It has been the toughest time being apart from him.’

Liam detailed one funny call with his son last week, revealing little Bear was dressed in wellington boots, a princess dress and a fireman’s jacket while jumping on a trampoline and playing the ukulele while they spoke.

The former One Direction star added: ‘Sometimes on Facetime he wants to say hello, other times he doesn’t really want to. I used to be like that when I was little, so I can see a lot of myself in him.’ 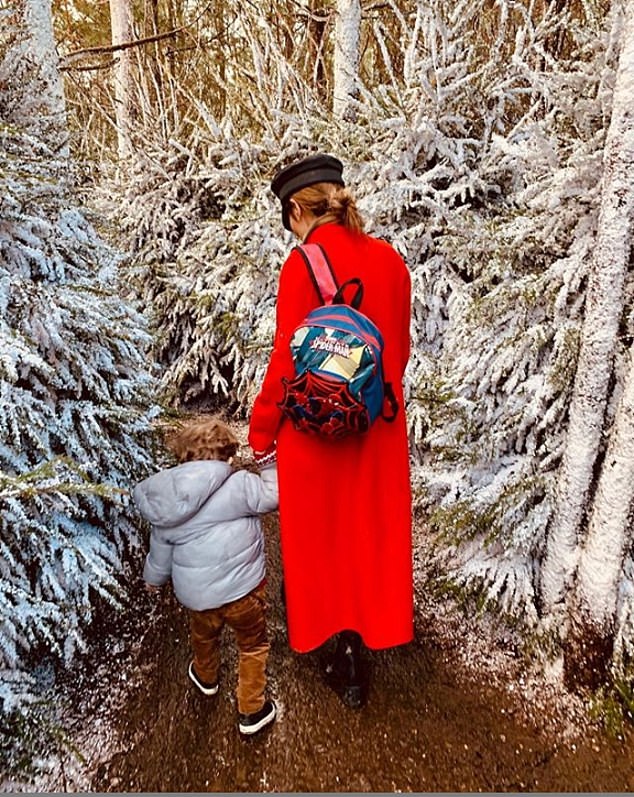 With mum: Bear is living with his mum, Liam’s ex Cheryl, during lockdown, while the One Direction star self isolates alone in his London home

Liam also recalled a poignant moment, revealing that during a recent FaceTime session last week ‘he said something really cute.’

Liam made the ‘tough call’ in March to miss Bear’s third birthday as he worried that he had been ‘exposed’ to so many things by living in London.

Liam admitted that it was ‘horrible’ to miss out on the celebrations on March 22 but he had spoken to ex Cheryl, 36, who agreed it was the ‘best option’. 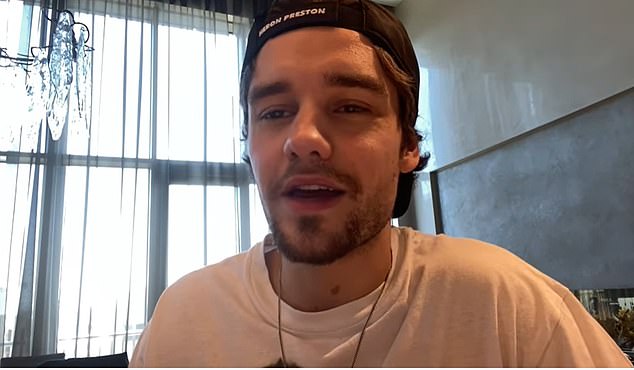 Hard: Speaking about the separation during an episode of his new YouTube series, Liam told his fans: ‘It has been the toughest time being apart from him’ 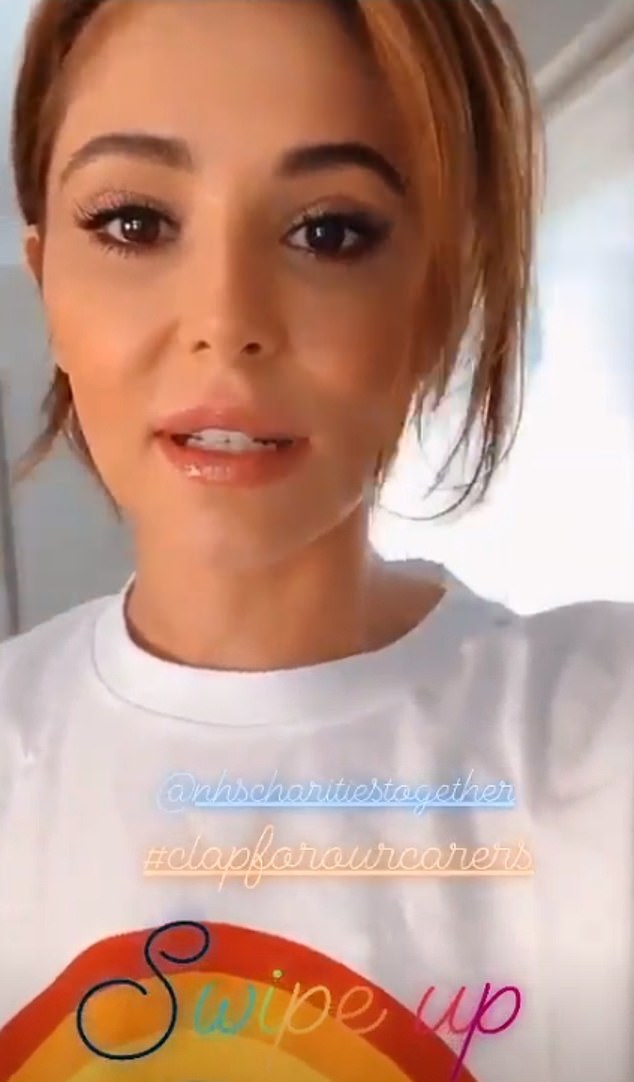 Keeping connected: Cheryl recently shared a sweet video of life in lockdown with Bear, while Liam says he’s in constant contact with his ex regarding their son

Speaking on Good Morning Britain, the One Direction star said: ‘Yeah, it was a really tough call to make to not go down for his birthday but I discussed it with Cheryl and we just thought it was the best option.

‘I am out here in the city, I had been exposed to so many things before his birthday and we were still finding out more information about this thing.’

Liam added that it was ‘horrible’ missing out on his son’s milestone but he was able to get involved via technology. 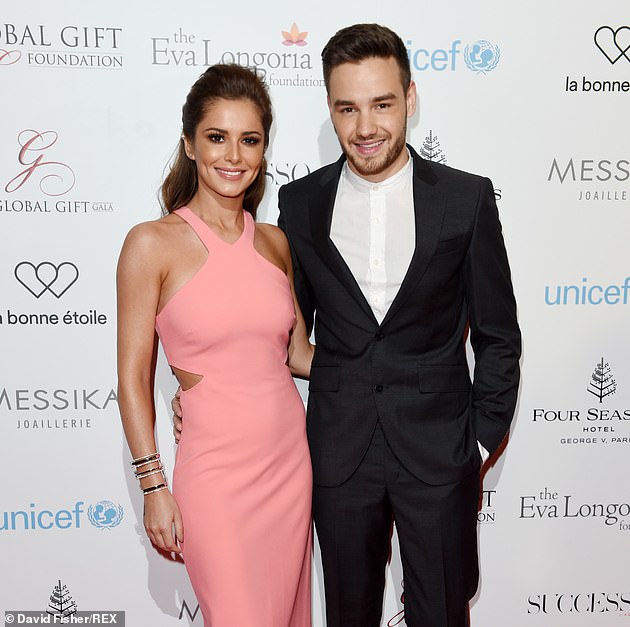 He continued: ‘It just seemed like the right thing to do at the time, which was horrible, and missing out on it wasn’t great.

‘I got a lot of pictures and videos. I did do a little FaceTime but that’s been the hardest thing I think, the most difficult thing for all of us.

‘I think it’s quite funny now, the technology that was pushing us quite far apart is now bringing us closer together in this time. More so than ever.’ 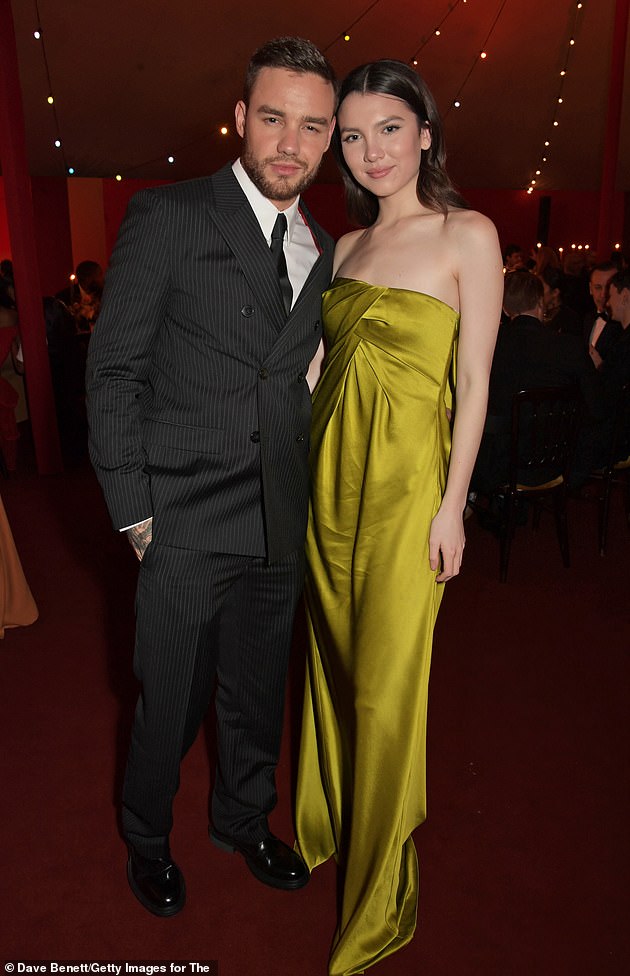 New love: Liam is now dating Texan model Maya Henry, 19, and the pair are regularly seen out at events together (pictured November 2019)