He was seen passionately kissing his new girlfriend Maya Henry on Thursday night.

And Liam Payne appeared as smitten as ever as he made his red carpet debut with his beau at the ESCADA x RITA ORA capsule launch event during Paris Fashion Week on Sunday.

The singer, 26, looked dapper as he smoldered in front of the cameras while wearing a sharp black ensemble and bright white trainers. 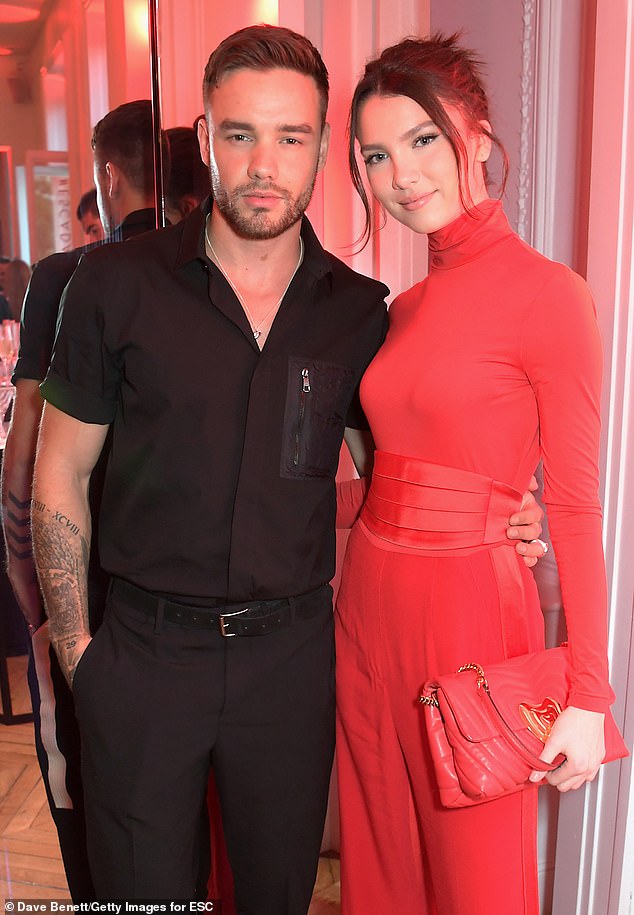 Loved-up: Liam Payne, 26, and Maya Henry, 19, made their red carpet debut as a couple at the ESCADA x RITA ORA capsule launch event during Paris Fashion Week on Sunday

The stunner looked elegant with a houndstooth jacket casually draped over her shoulders, standing out against her bold scarlet outfit.

Liam opted for all black on Sunday, but added some character to his fashionable look by having a large pocket with a zip on the front of his short sleeved shirt. 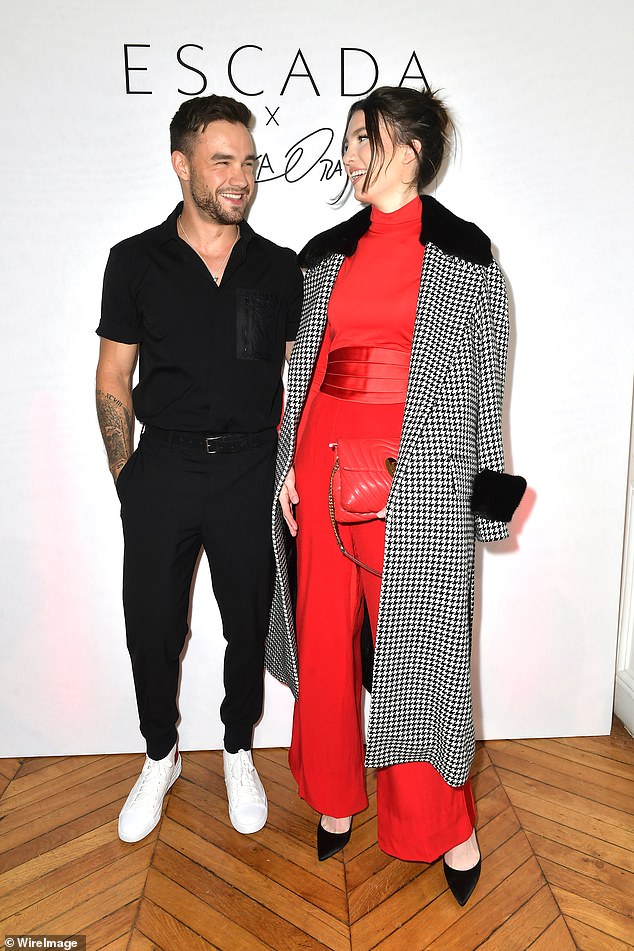 Smitten: Liam has previously said Maya ‘helped him through stress and made him happy again’ and the couple appeared as happy as could be as they smiled at each other in Paris on Sunday 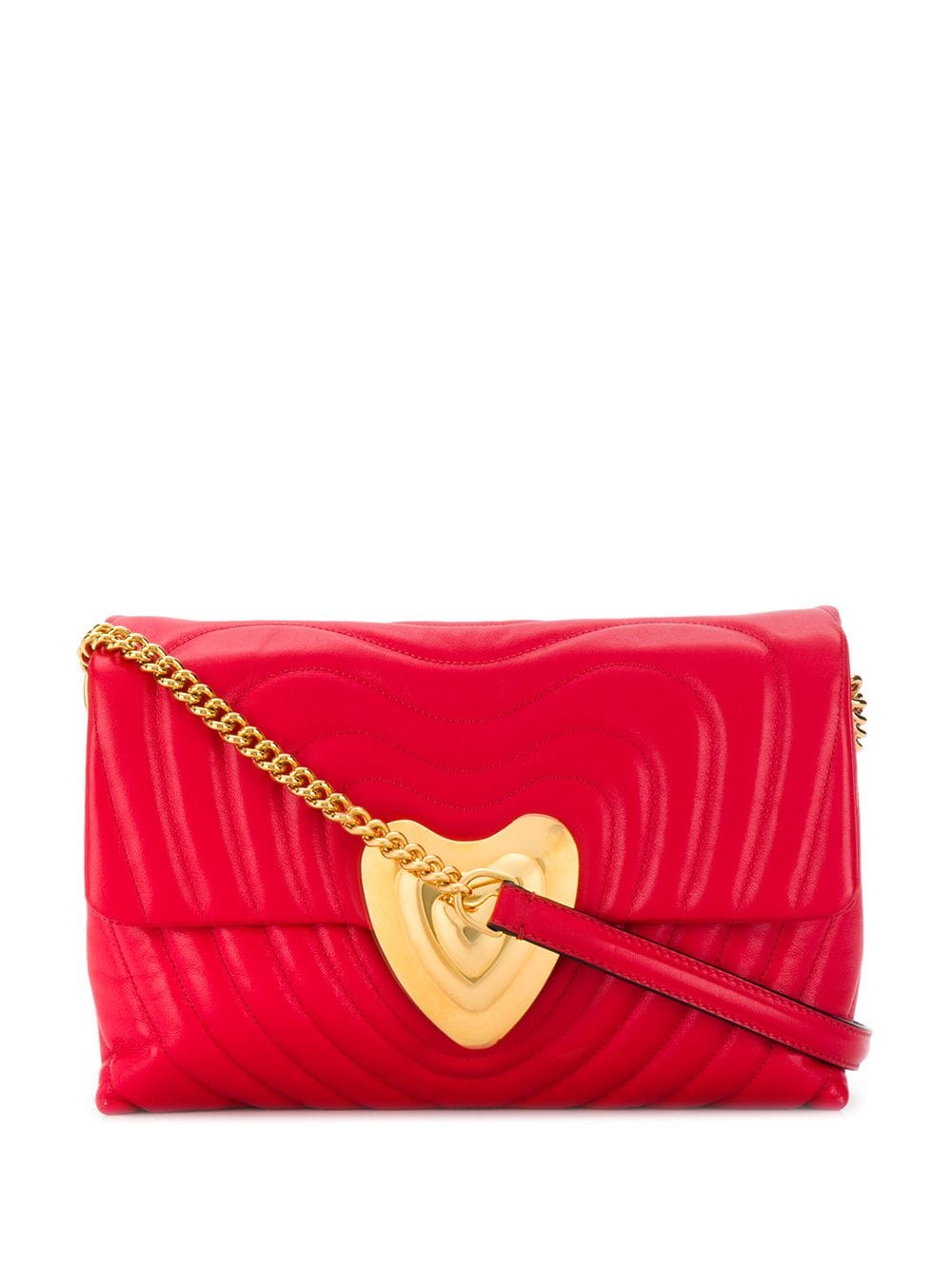 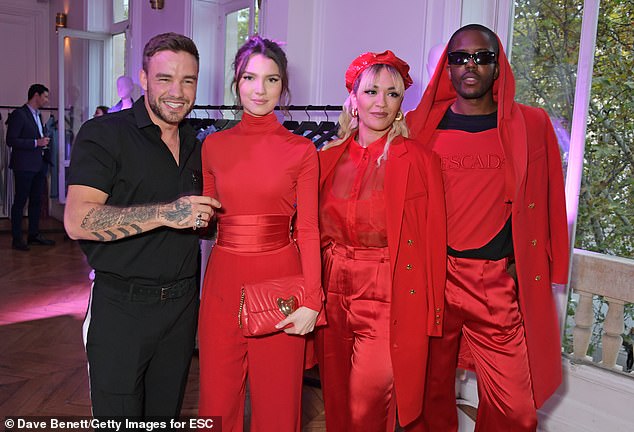 During the event Liam and Maya spoke with Let You Love Me singer Rita Ora, who was also looking fabulous in red.

On Thursday the happy couple were seen kissing during a night out and dinner in Marylebone, London.

The singer, 26, could hardly keep his hands off Maya as they stood outside the restaurant.

The musician and model first went public with their relationship earlier this month, marking 14 months since Liam split from Cheryl, 36. 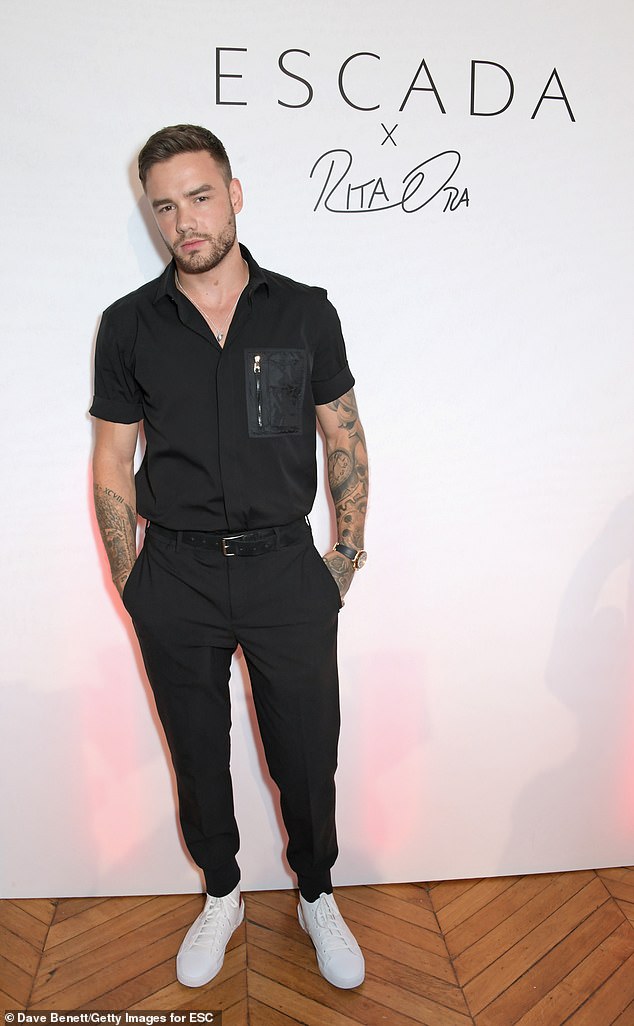 Looking sharp: Singer Liam wore all black for the event with a pair of striking white trainers 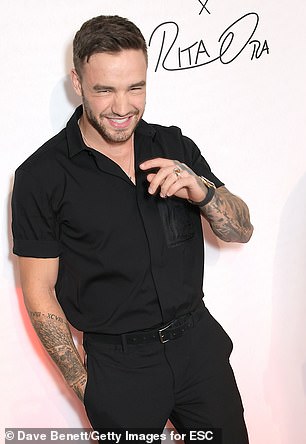 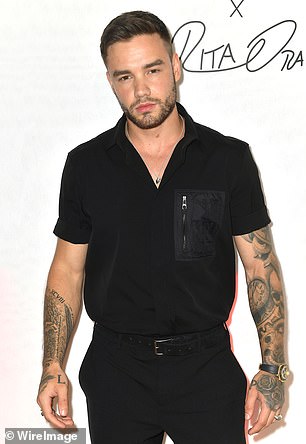 Joker: Liam showed off both his funny and serious side as he posed for the cameras in Paris 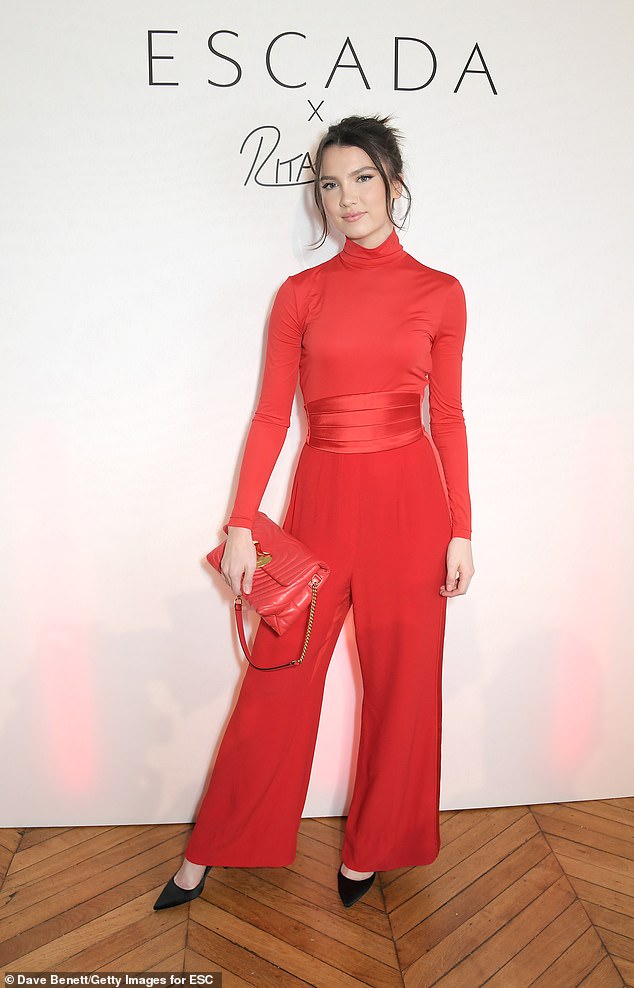 Striking: Maya stunned in a red jumpsuit at the launch event and accessorised with a matching bold handbag 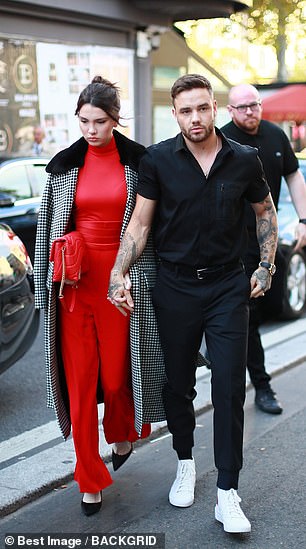 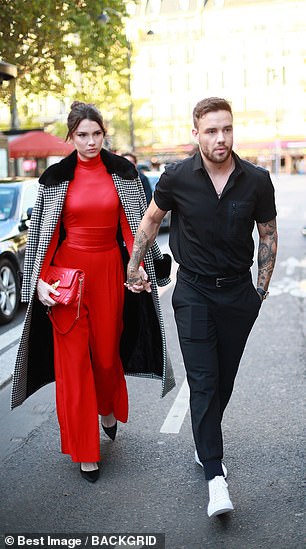 Leading the way: Liam held onto Maya’s hand as they arrived for the Escada x Rita Ora party in Paris on Sunday 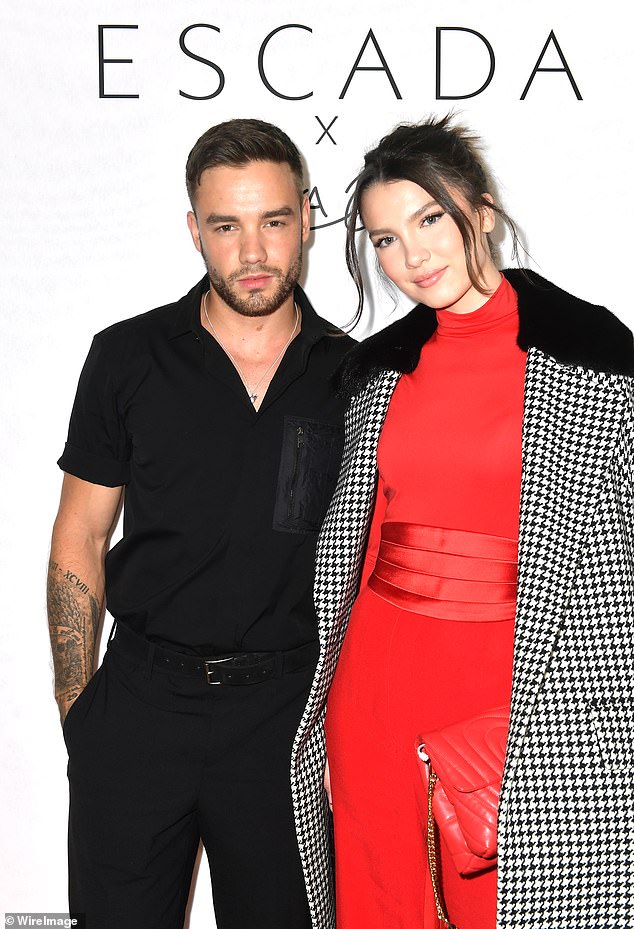 Polished pair: The new couple appeared content as they stepped out in Paris on Sunday, three days after being seen kissing in London

In an Instagram post the Strip That Down singer revealed Maya ‘helped him through stress and made him happy again’.

The artist posted a loved-up snap as he cosied up to his girlfriend on a sofa while he beamed with happiness.

In his message he explained: ‘This one @maya_henry for always keeping the biggest smile on my face through all the stress and making me realise how perfect my life really is love you all’. 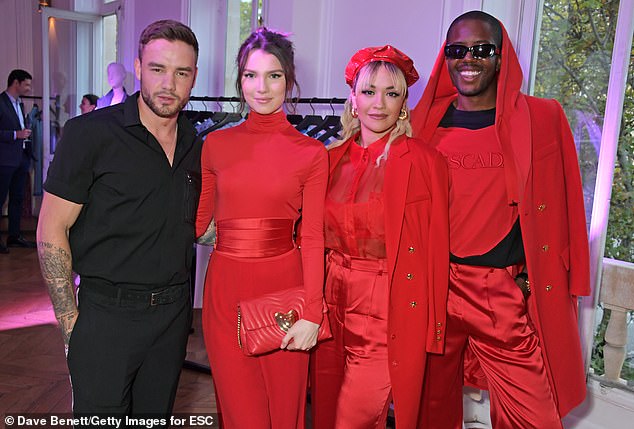 All together now: Liam and Maya spoke with Vas J Morgan and Rita Ora at the Let Me Love You singer’s launch event with Escada 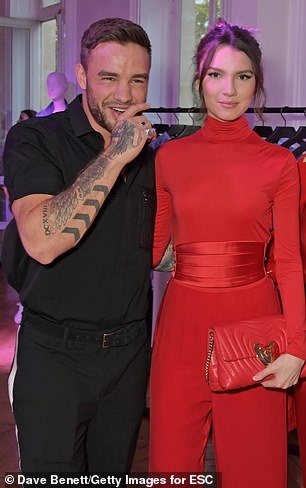 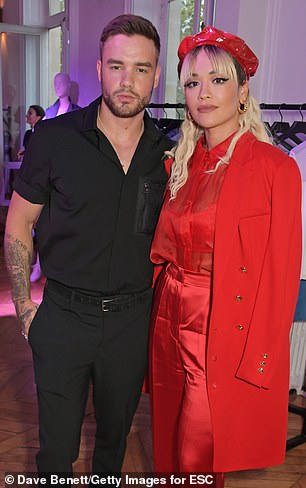 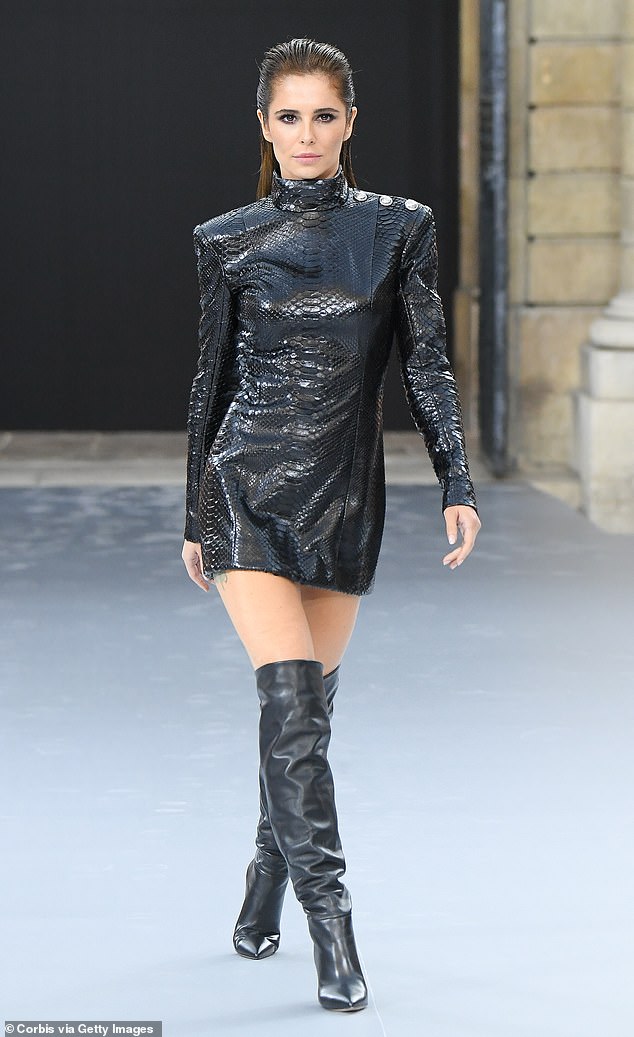 Appearance: Liam’s outing with Maya comes after Cheryl walked the runway for during the Le Defile L’Oreal show for Paris Fashion Week on Saturday 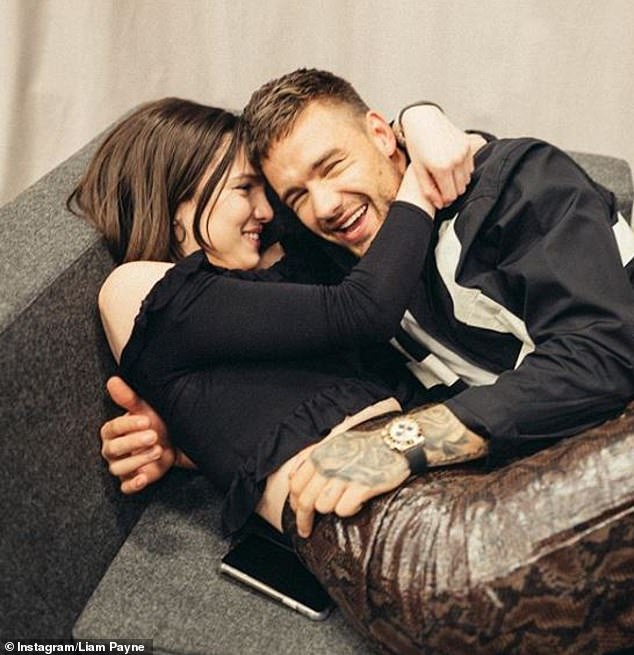 Moving on: Liam first went public with his and Maya’s relationship earlier this month and shared an Instagram post about his beau

Liam’s outing with Maya comes after Cheryl walked the runway for during the Le Defile L’Oreal show for Paris Fashion Week on Saturday.

While Liam and Cheryl are said to be on amicable terms, the hunk didn’t hold back from admitting that he feels more ‘relaxed’ with social media sensation Maya.

He said: ‘She’s awesome. It’s got to the point with my life where I’m like, screw this – it’s not worth my happiness. The different with her is she’s so relaxed that it helps me relax in a situation.’

Singers Liam and Cheryl dated between February 2016 and July last year, in which they welcomed their first child Bear in March 2017. 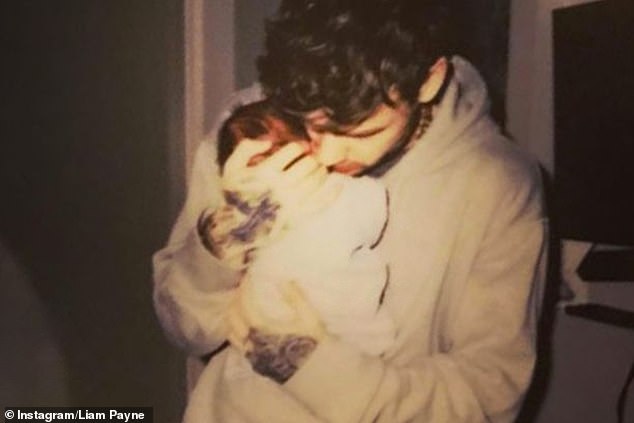 Bundle of joy: The Strip That Down singer had previously been dating Cheryl between February 2016 and July last year, and they welcomed their first child Bear in March 2017

Peter Andre, 47, looks fitter than ever as he showcases his toned torso after rising to fame with his rippling six pack in the 90s…

How Kylie Minogue cashed in! She’s had a string of hits but has swelled her fortune to £55m by cannily selling everything from sexy underwear…