This fashion is just PANTS! Lewis Hamilton channels the 90s in ripped double denim which flashes his boxers during Paris Fashion Week

Lewis Hamilton channelled the 90s on Friday as he headed out in Paris whilst sporting double denim.

The 36-year-old British racing driver stepped out in the French capital amid the famed fashion week which kicked off on Tuesday.

Lewis’ turnout consisted of denim in pale blue – a jacket and baggy ripped jeans, which tucked into a pristine pair of high-top trainers and were so ripped, they flashed his boxer shorts.

Fashion: Lewis Hamilton channelled the 90s in double denim as he headed out in Paris amid the famed fashion week on Friday

Underneath the jacket was a hint of a plain white T-shirt that he coordinated with a face mask, keeping in line with COVID precautions.

An umbrella shielding him as he headed out, the sportsman also wore black sunglasses for his outing.

Out and about: Lewis’ turnout consisted of denim in pale blue – a jacket and baggy ripped jeans

On Thursday, the Mercedes motorist recorded the moment he drove past the Arc de Triomphe, and, alongside the video of the iconic monument, penned: ‘J’adore Paris’ on Instagram.

It comes after Lewis admitted that he will ‘never know exactly why’ he has never raced for Ferrari as the Mercedes star conceded that it is ‘everyone’s dream’ to represent the famous Formula One team.

He has spent his 14-year F1 career with two teams – McLaren and Mercedes – but came close to switching from the Silver Arrows to Ferrari in 2019 after holding talks with chairman John Elkan. 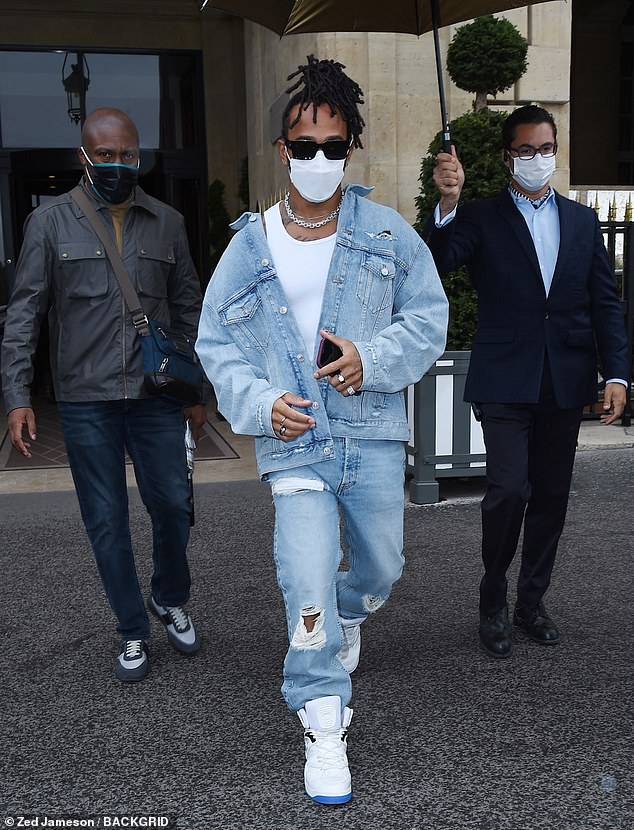 European trip: An umbrella shielding him as he headed out, the motorist also wore black sunglasses for his outing 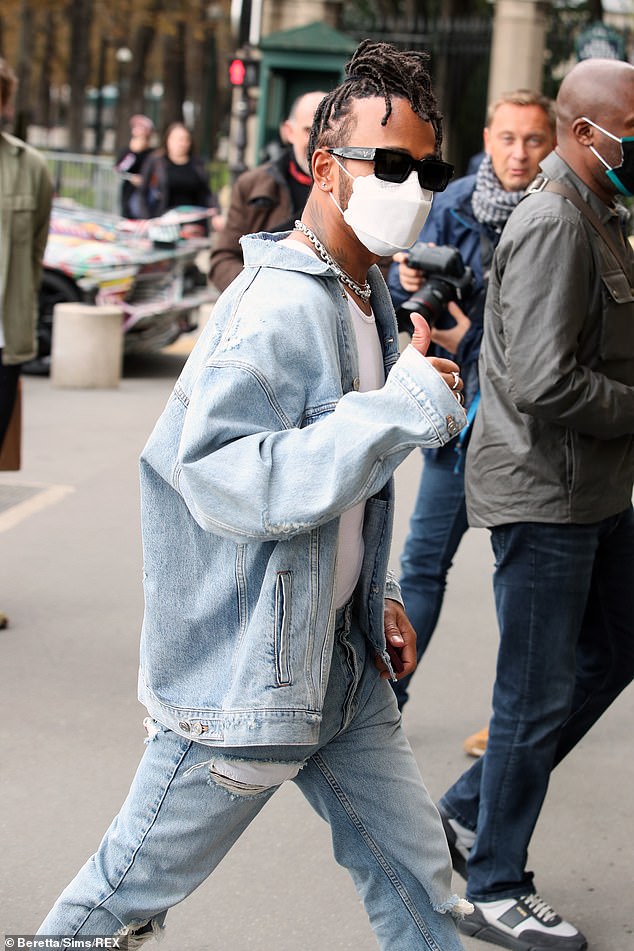 Loving life: He gave a big thumbs up as he headed on inside

However, a move has never come to fruition and Hamilton’s immediate future is with Mercedes, having recently signed a new two-year deal with the team.

Yet the British star opened up on his confusion as to how a switch never materialised, before revealing that he has considered quitting the sport altogether.

‘For many years, when I came to Monza, walking next to the fans… I could hear them saying “Come to Ferrari!”‘ he told Sky Sport Italia.

‘This warmed my heart, but it’s pretty amazing that I’ve never driven for Ferrari in so many years. Because it is a dream for anyone, a goal to be achieved.

‘It has never really been possible and I will never quite know exactly why. I wish them the best and in my near future I will continue to prevent them from winning the world championship.’ 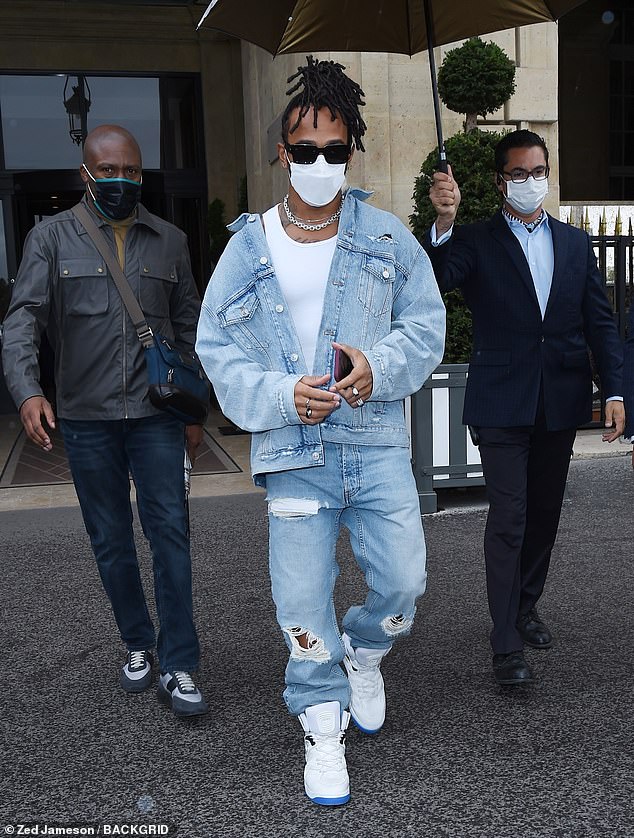 Double denim: Lewis recently admitted that he will ‘never know exactly why’ he has never raced for Ferrari