Leonardo DiCaprio’s bikini-clad girlfriend Camila Morrone shakes her body on the beaches of St. Barts as the couple enjoy a splash in the ocean and boat ride during trip to paradise

Leonardo DiCaprio and his girlfriend Camila Morrone were the picture of vacation bliss as they enjoyed a sun-kissed beach day in St. Barts last week.

Camila was spotted shaking her bikini-clad body as she frolicked on the beach with her A-list beau, 47.

The beauty, 24, looked incredible in a tiny black string bikini as she raised her hands in the air with her wet hair cascading down her chest.

Making a splash! Leonardo DiCaprio and his girlfriend Camila Morrone continued their sun-kissed adventures on the beaches of St. Barts last week

She was also seen dashing through the water, enjoying a refreshing dip with her wet hair slicked back.

Leo wore a pair of blue trunks and sunglasses as he hit the waves. The Don’t Look Up actor also sported a pair of sunglasses for the sunny occasion.

DiCaprio cooled down with a revitalizing splash in the water before drying off with a white towel.

After enjoying a splash together in the ocean, the couple returned to dry land where they took part in an impromptu dance party.

Making waves! The beauty, 24, looked incredible in a tiny black string bikini as she raised her hands in the air with her wet hair cascading down her chest 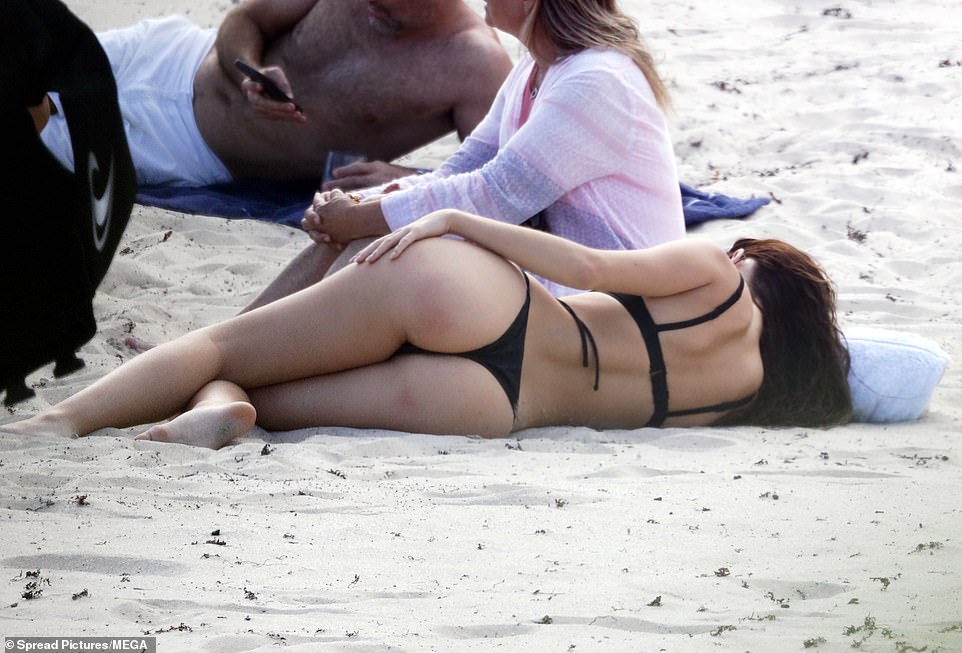 Laying out: She put her pert behind on display as she laid out in her string bikini 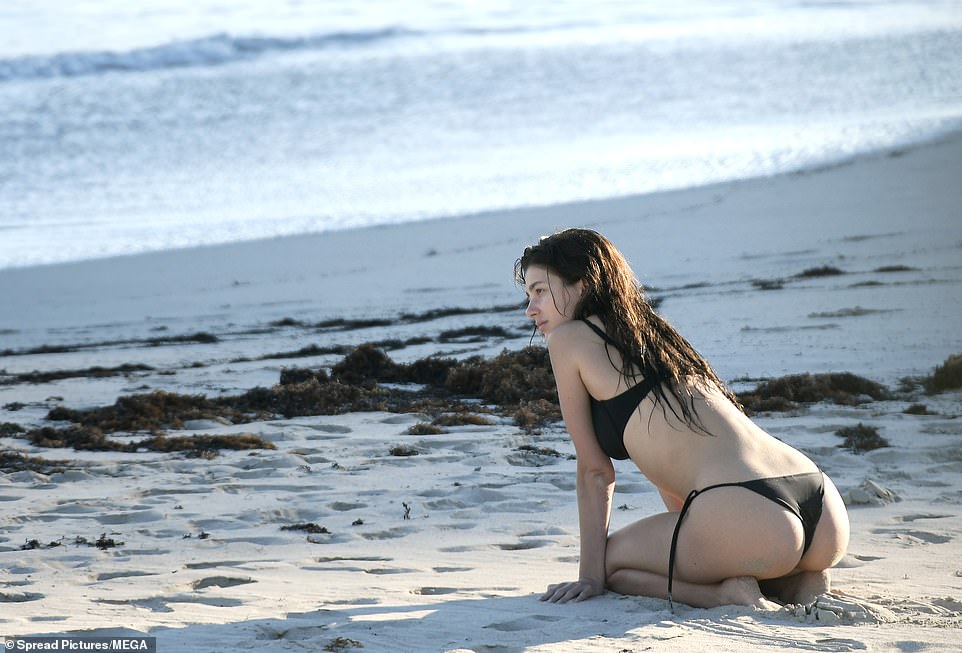 Beach bum! The actress put on a sizzling display as she crouched on the sand

I like to move it! After enjoying a splash together in the ocean, the couple returned to dry land where they took part in an impromptu dance party

Camila — who has been the object of Leo’s affection since 2017 — moved her body this way and that before grinding against her beau.

After enjoying a splash together in the ocean, the couple returned to dry land where they took part in an impromptu dance party.

Camila moved her body this way and that before grinding against her beau.

Leo didn’t seem as much into the dance as his girlfriend who continued shaking her body with a huge grin on her face. 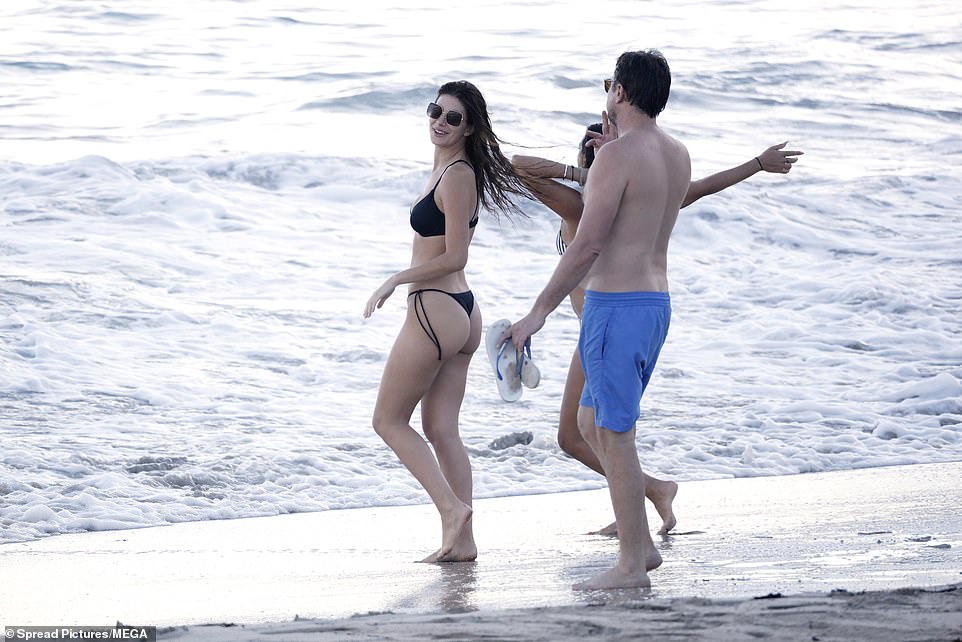 Life’s a beach! The couple approached the crashing waves together 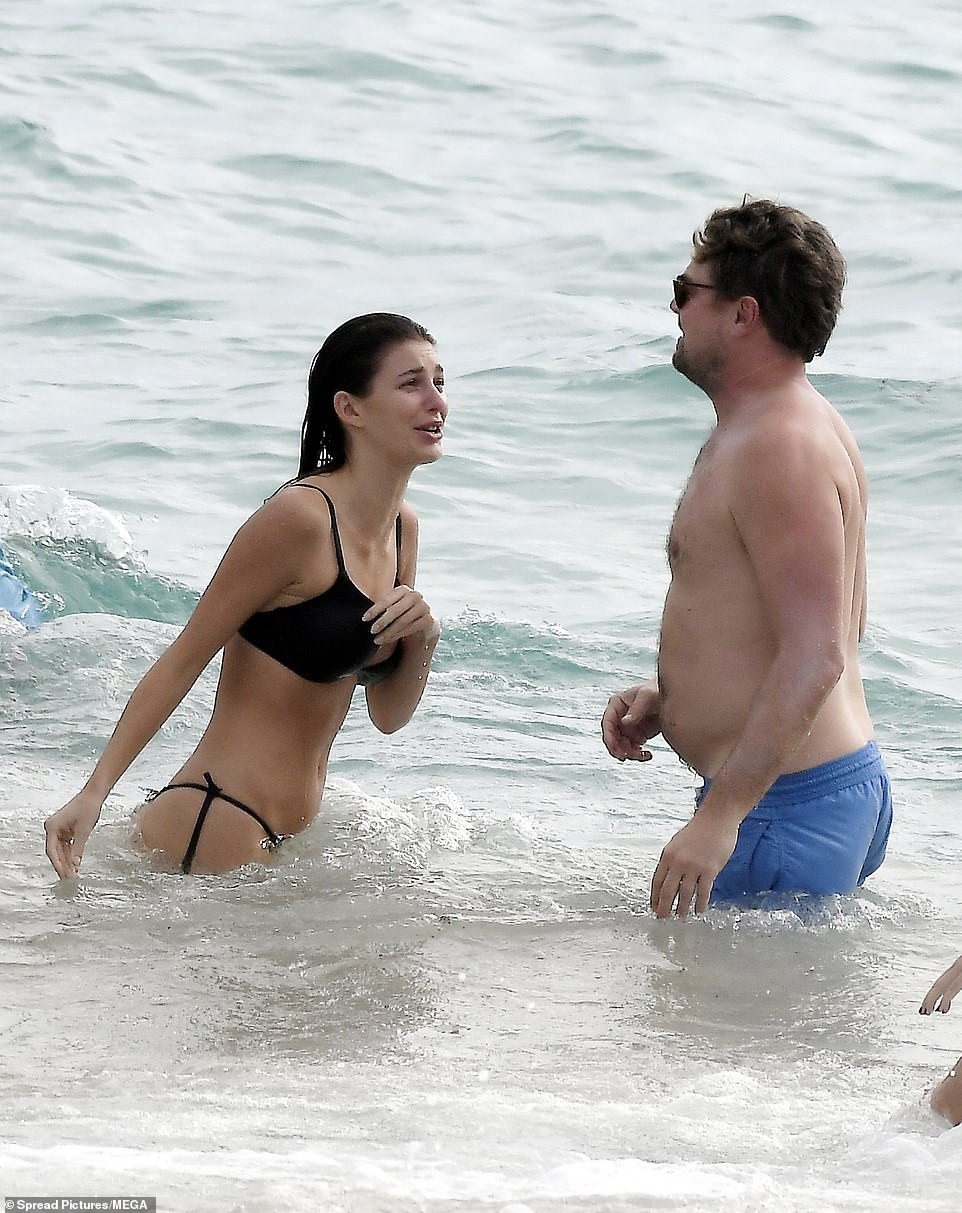 Paradise: Camila gazed at her beau as she braved the waves

Catching rays! DiCaprio ran through the water before drying off with a white towel 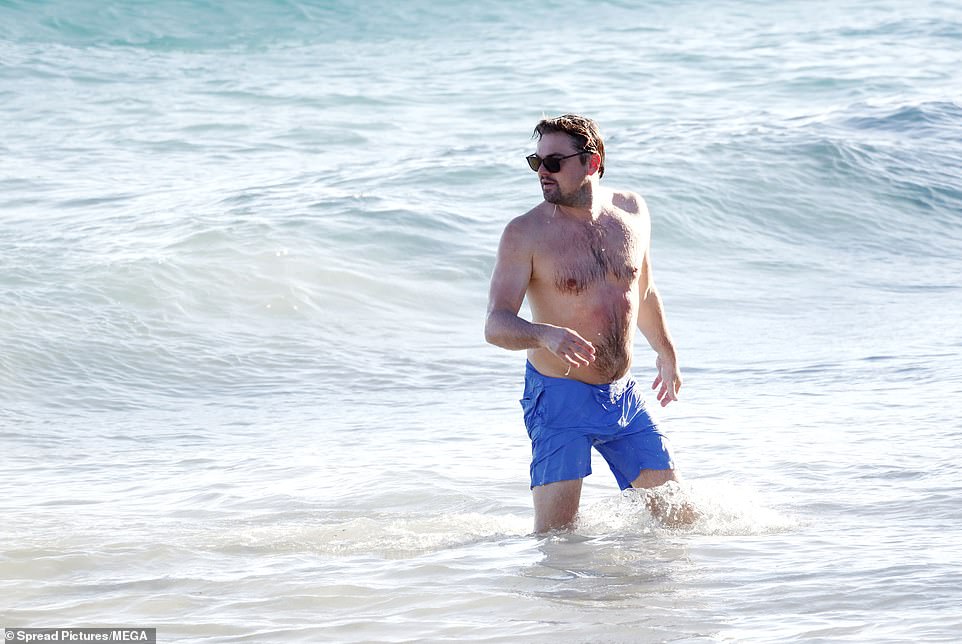 Soaking up the sun! The Don’t Look Up actor made his way through the waves with a pair of sunglasses propped onto his face 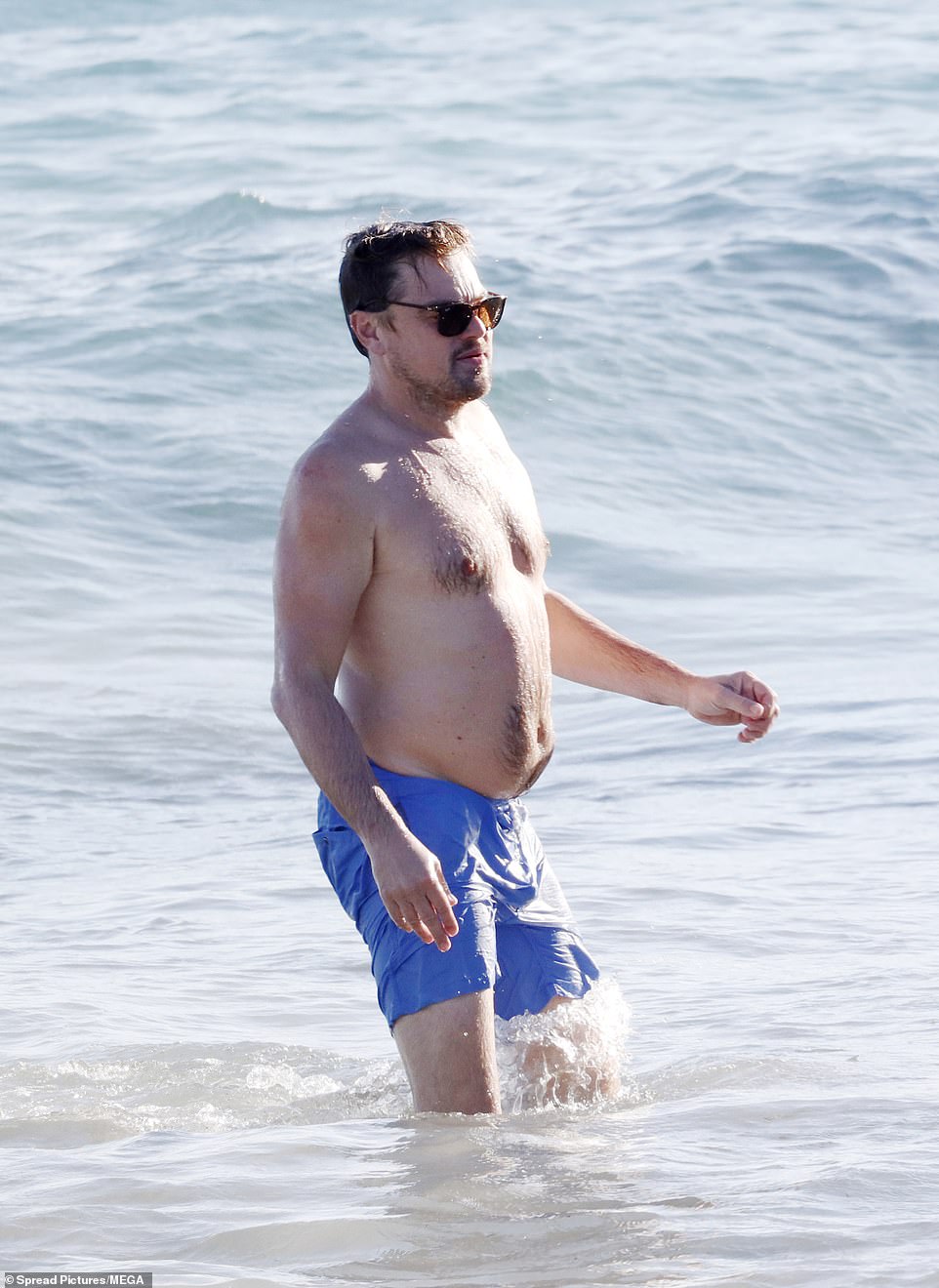 Making the most of his time off: The star was recently seen on big screens in the new film Don’t Look Up 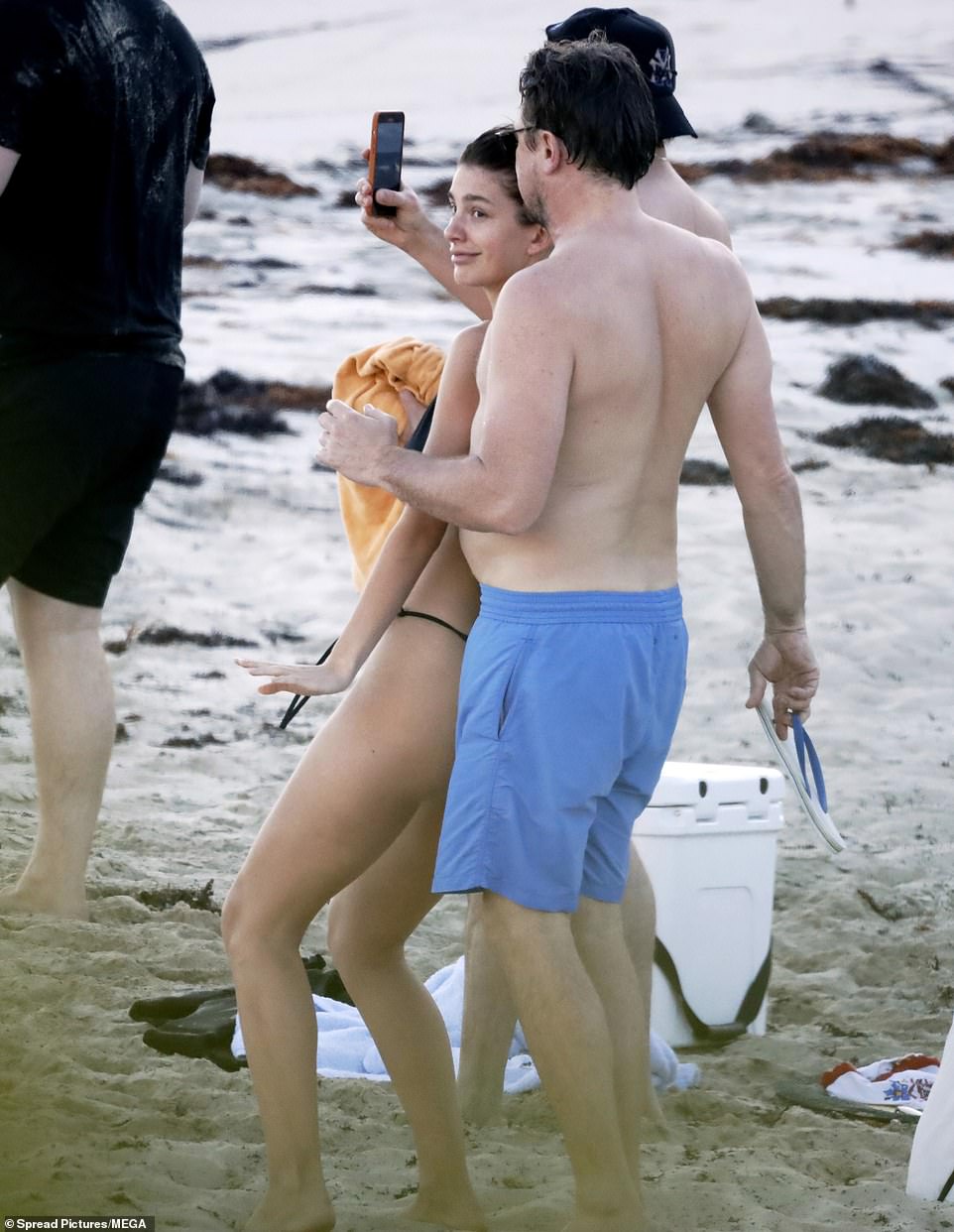 Dance party! Morrone grinded against her beau as they danced on the beach

Bust a move! The actress was having the time of her life grooving her body about the beach

All of the dancing must have worked up an appetite as the couple were also spotted enjoying a picnic on the beach.

Now wearing a white T-shirt and hat, Leo sat on the sand next to his lady love while eating a vegetable topped off with some dip.

The couple were also spotted enjoying a boat ride.

Leo helped push their vessel into the water before they set off for a ride at sea. 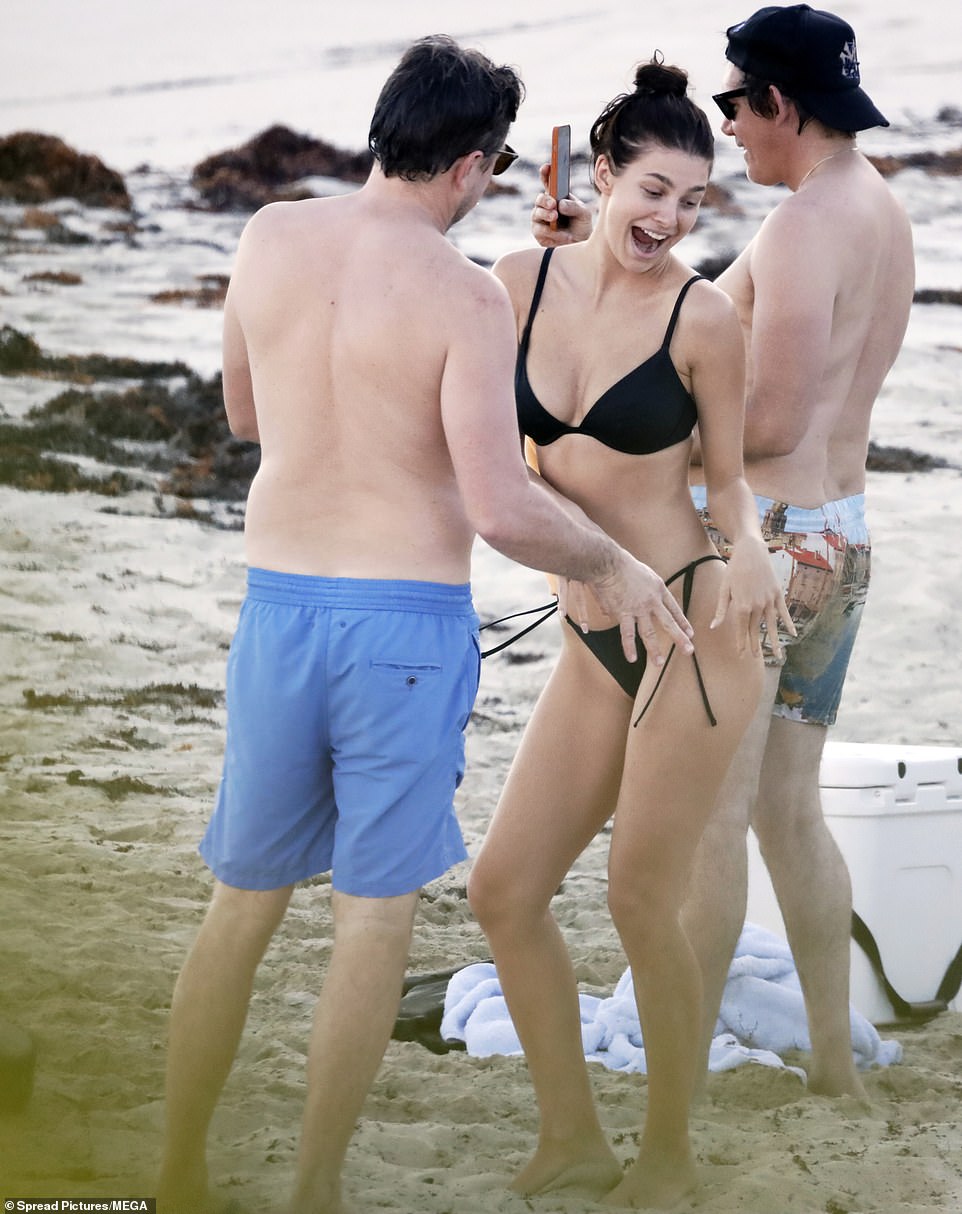 Shake it! The star grinned with glee while dancing before the Titanic star 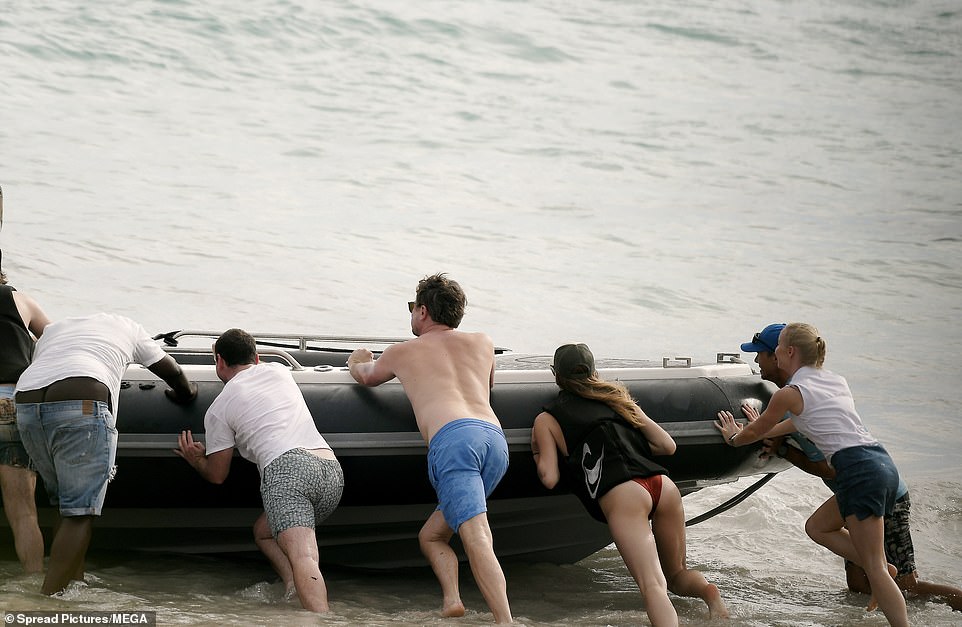 Helping hand! Leonardo helped push a boat into the ocean with several others 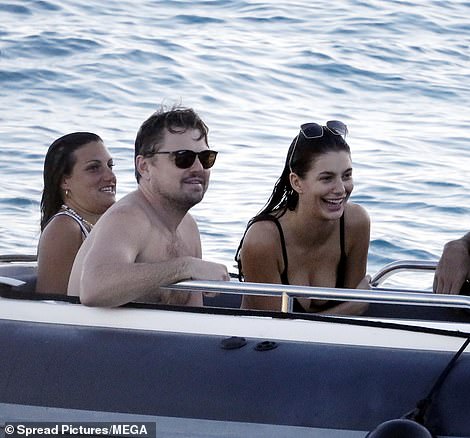 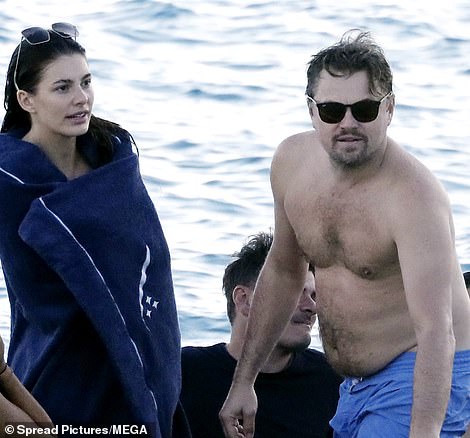 Boat loads of fun! The couple beamed as they explored the sights on boat 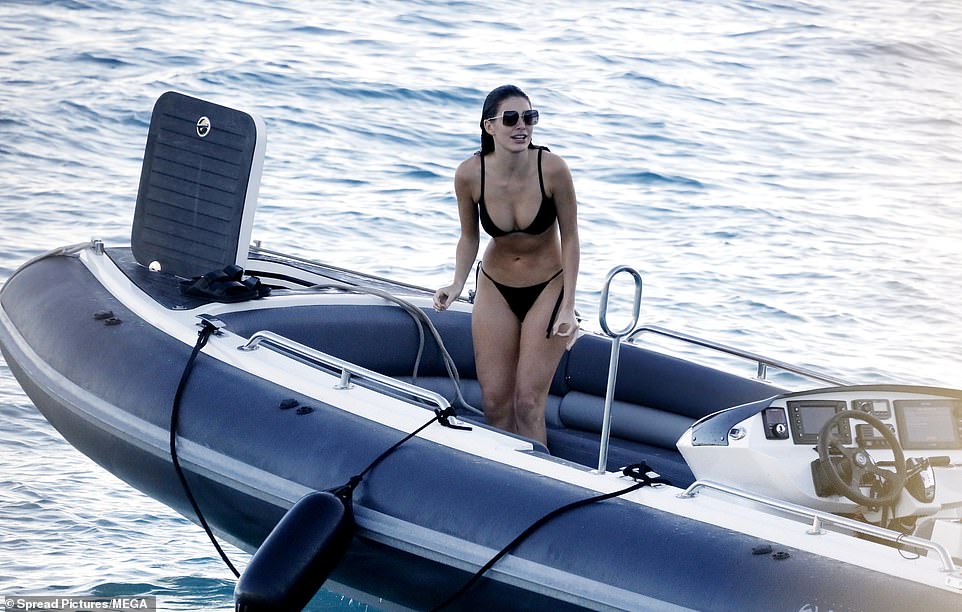 Bikini babe! Morrone appeared a little cold as she stood on the boat in her swimsuit

Bikini babe! The beauty put on a head-turning display in her skimpy swimsuit which showcased her stunning figure

Leo and Camila were spotted enjoying the first week of 2022 in St Barts last week.

The Los Angeles based duo share a home together and even adopted a few Huskies during quarantine.

In November it was reported that despite keeping their relationship largely out of the spotlight, the couple is ‘closer than ever.’

‘They are really solid and everything is great with Leo and Cami,’ a source told E! News. ‘It’s all status quo.’ 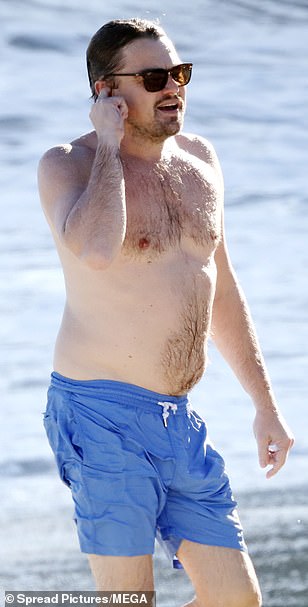 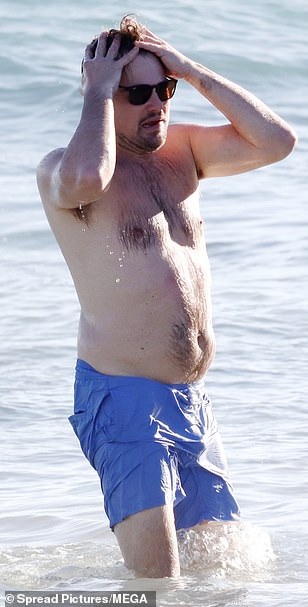 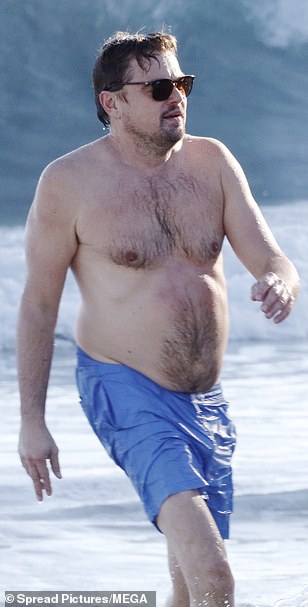 Fun in the sun! The 47-year-old seemed to be having a blast cooling down in the ocean 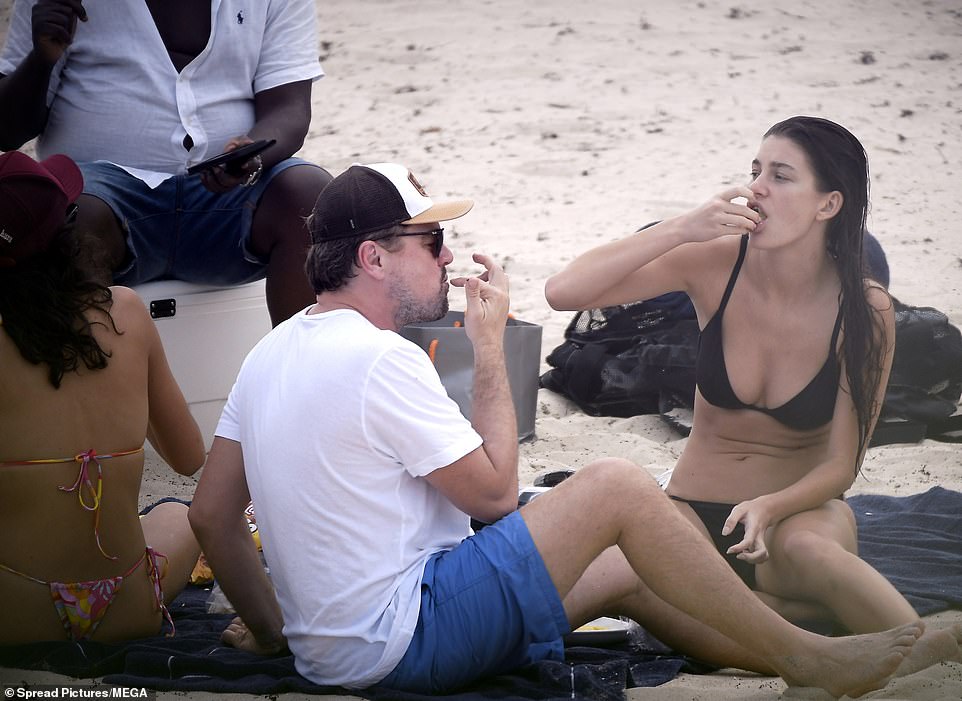 Lunch break! The couple enjoyed a laid-back lunch on the sand 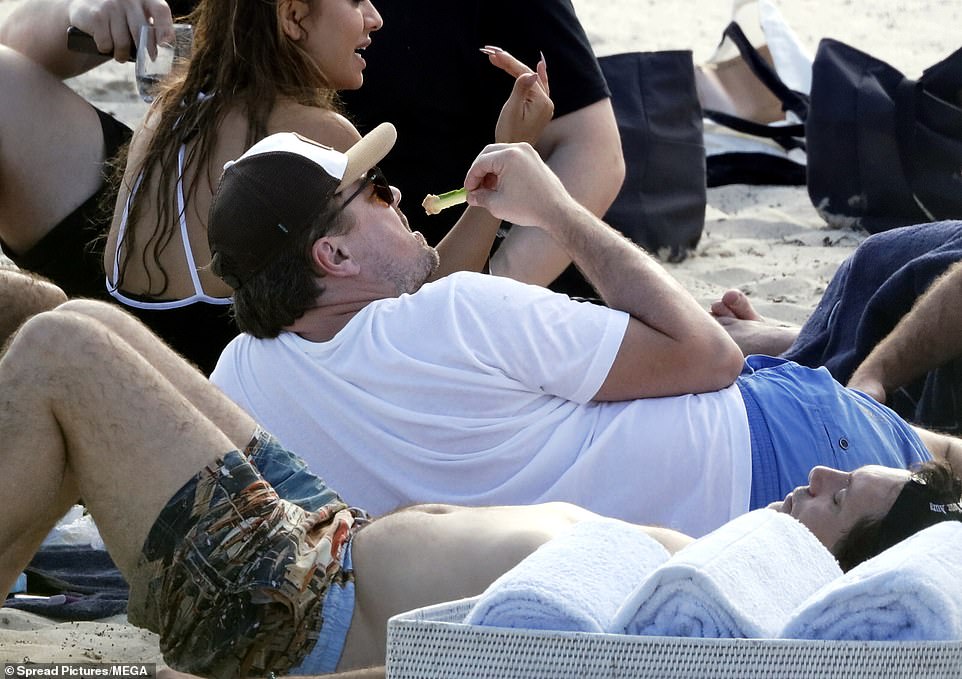 Yum! DiCaprio fed himself a vegetable topped off with some dip 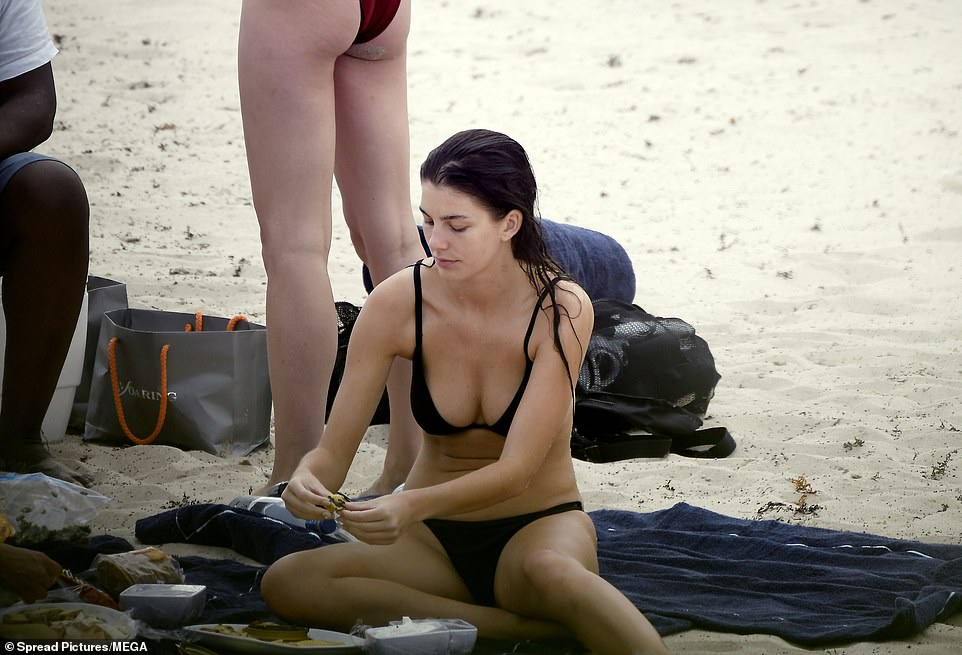 Picnic time! All their fun-filled beach antics must have worked up an appetite 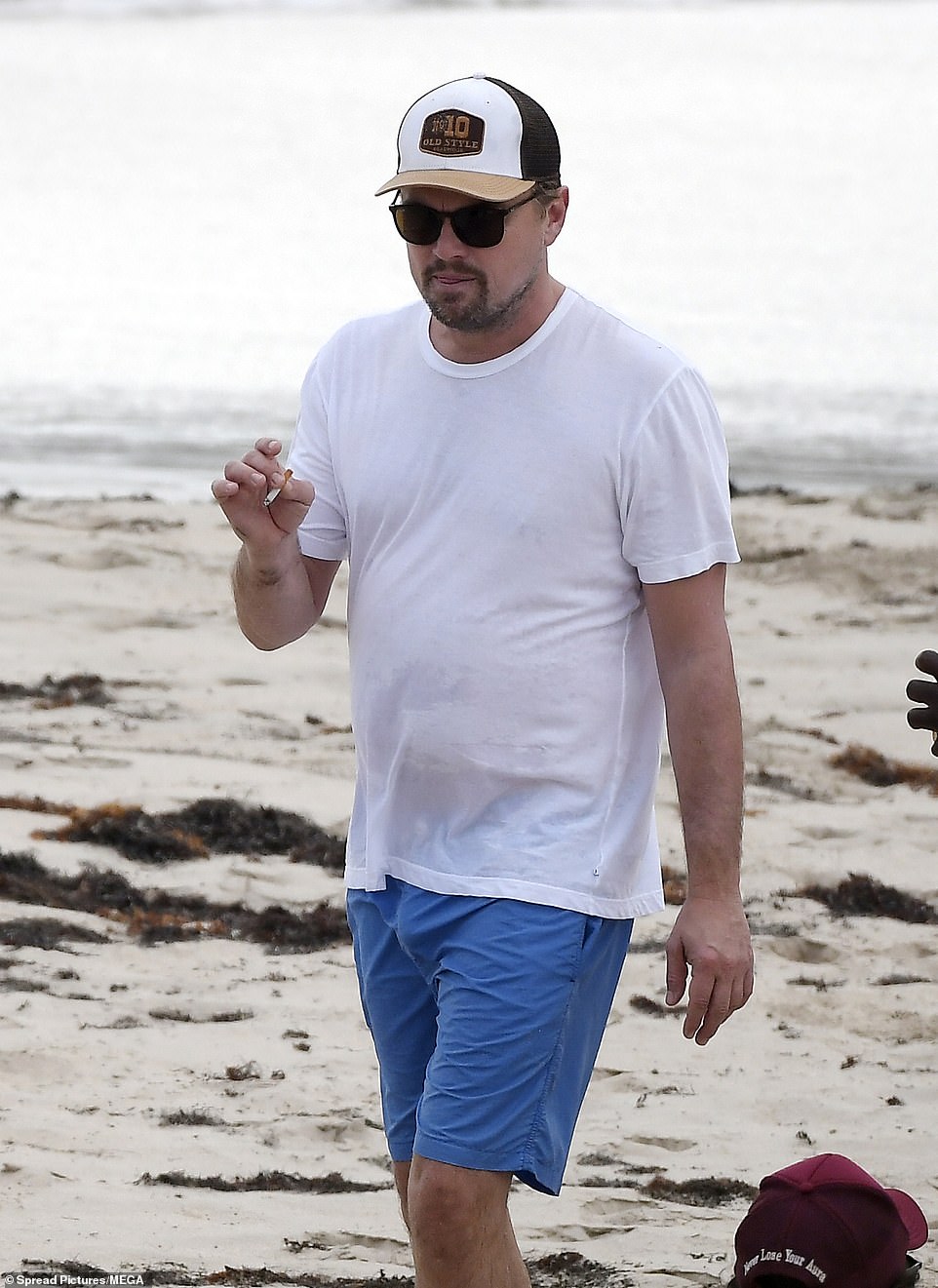 He’s smoking! The Wolf Of Wall Street star puffed on a cigarette 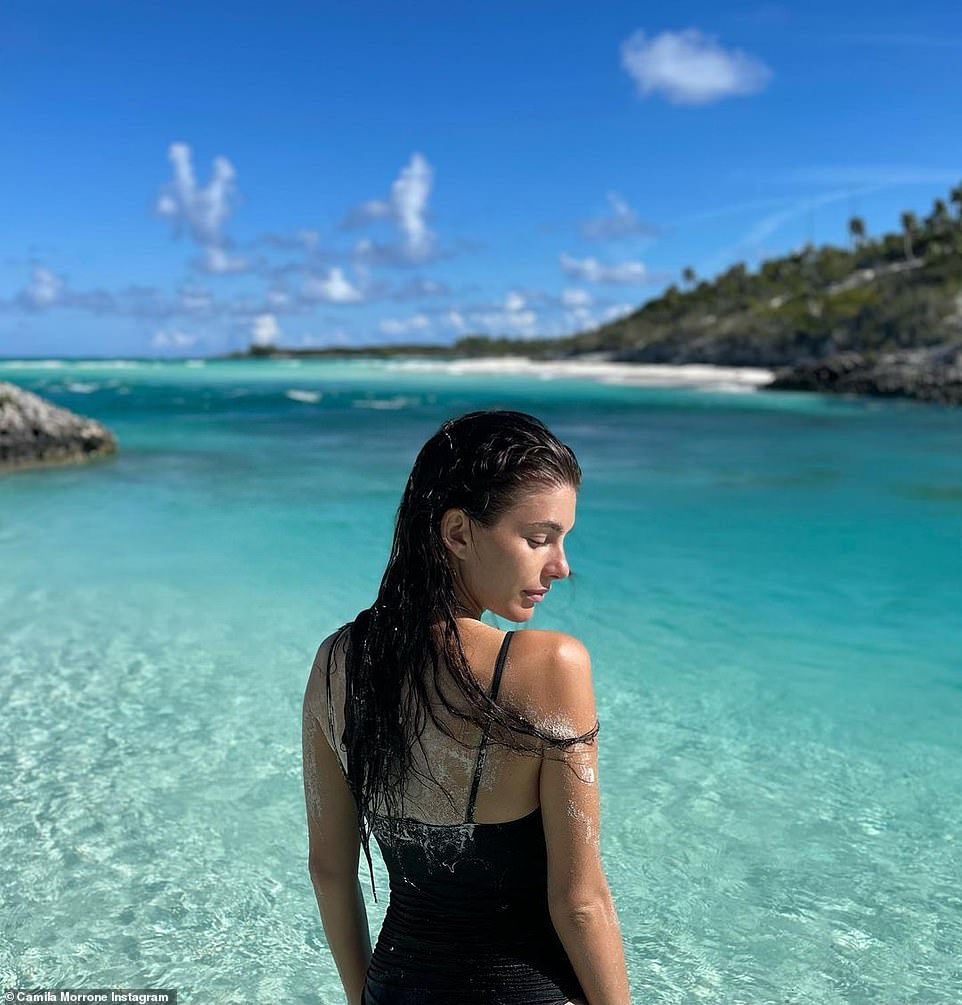 Bathing beauty: Morrone basked in the sun by the ocean in a series of photos posted to her Instagram on Monday 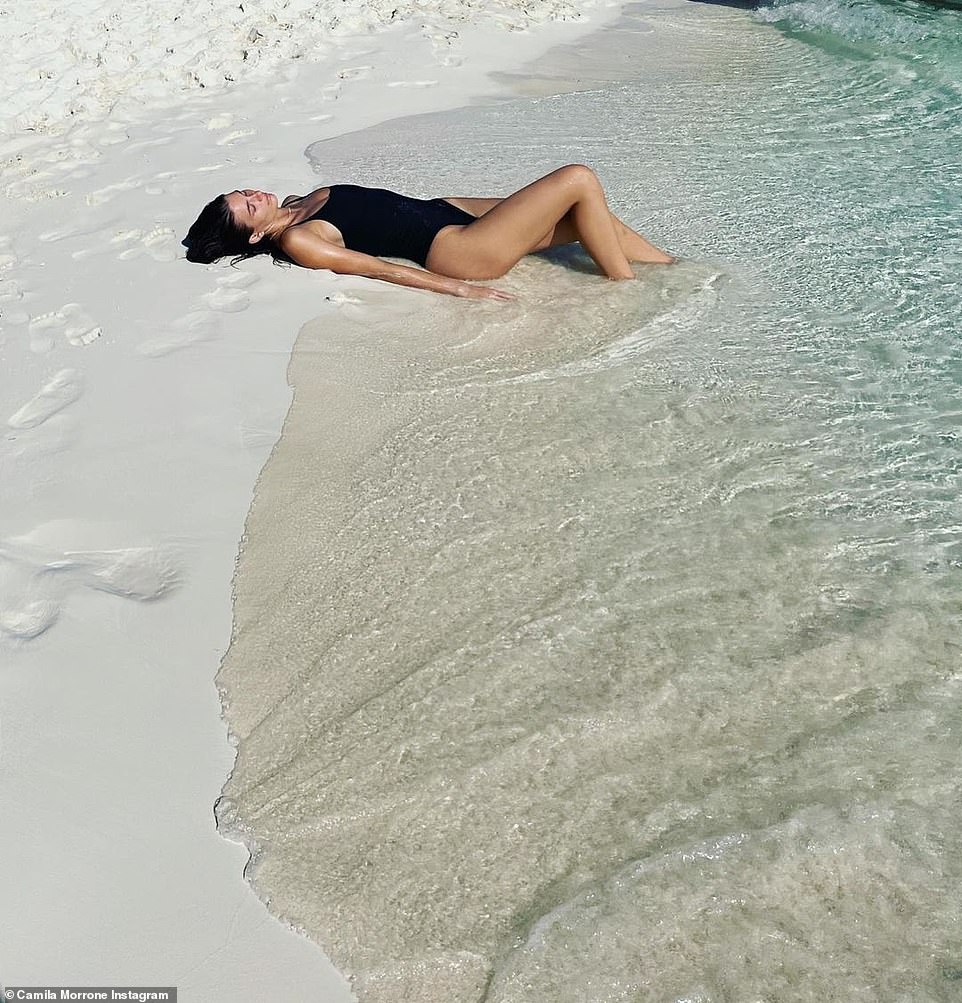 Breathtaking: The brunette beauty laid out on the sand as the waves crawled up to her 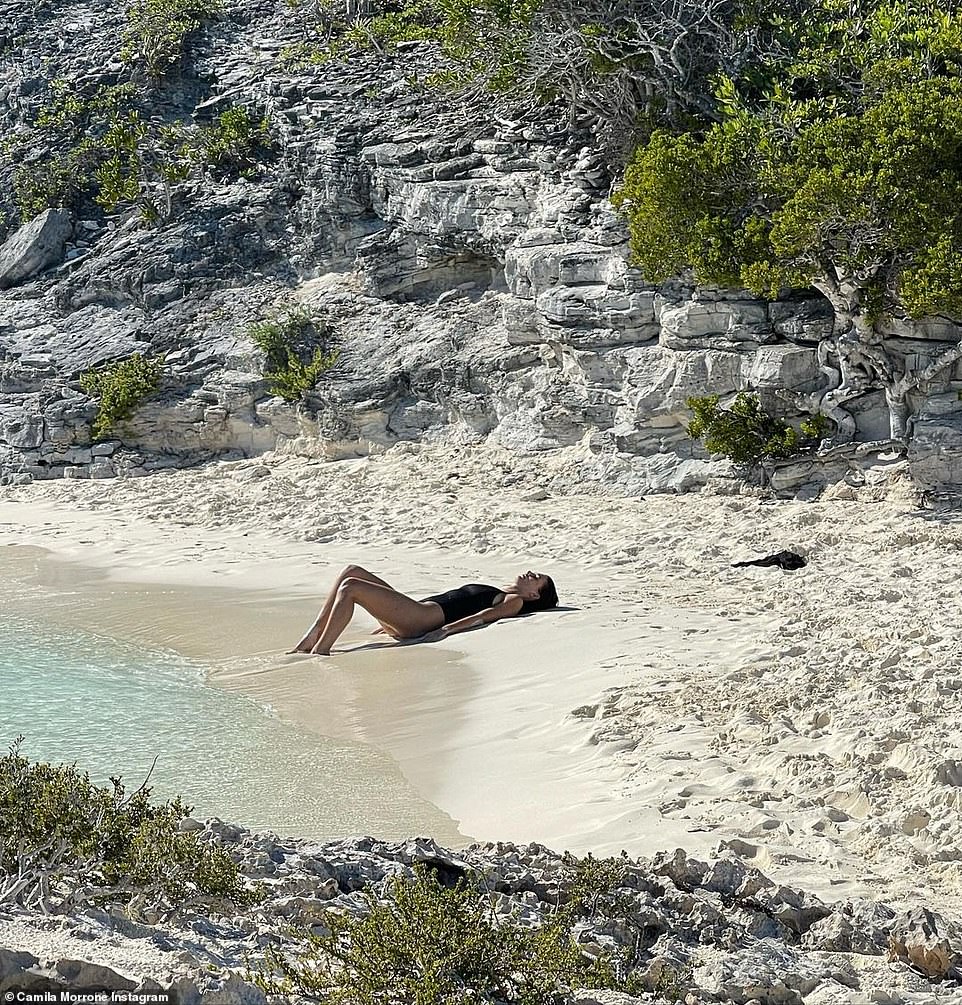 In heaven! Morrone captioned the slideshow with a dolphin, wave, octopus, and sun emoji

Though there had been many jokes about Leo’s predilection for young women — with a history of ending relationships before they hit 25 — the couple continue to stand strong.

Morrone hit out at critics of their 23-year age gap previously. ‘There’s so many relationships in Hollywood — and in the history of the world — where people have large age gaps,’ she told the LA Times.

‘I just think anyone should be able to date who they want to date,’ she maintained.

Though they only became romantic in 2017, Morrone’s step-dad Al Pacino had actually introduced them years prior.

And though they’ve attended many high profile events, the two always make a point to walk the red carpet separately. 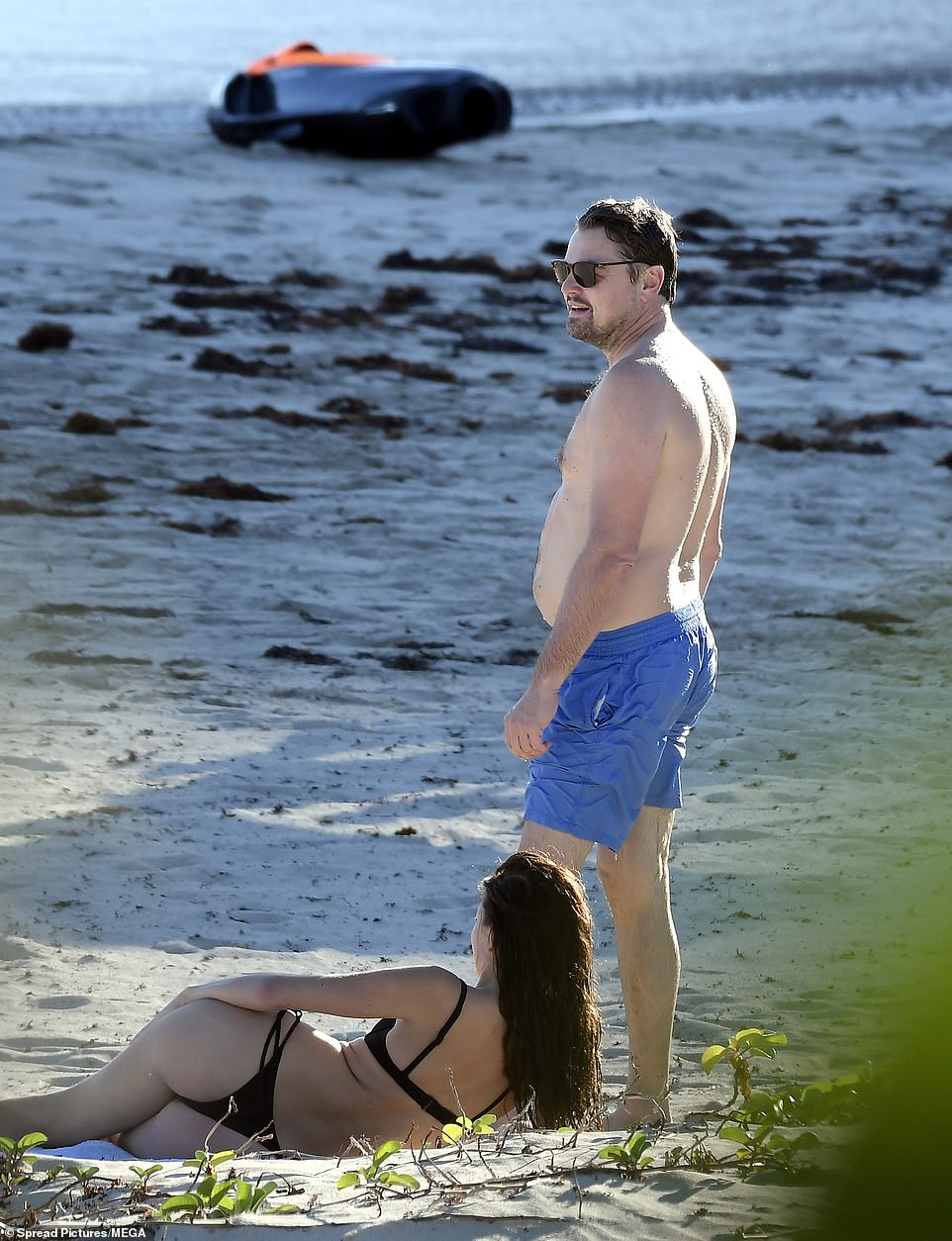 It takes two: Morrone dropped jaws as she laid out on the sand by her beau 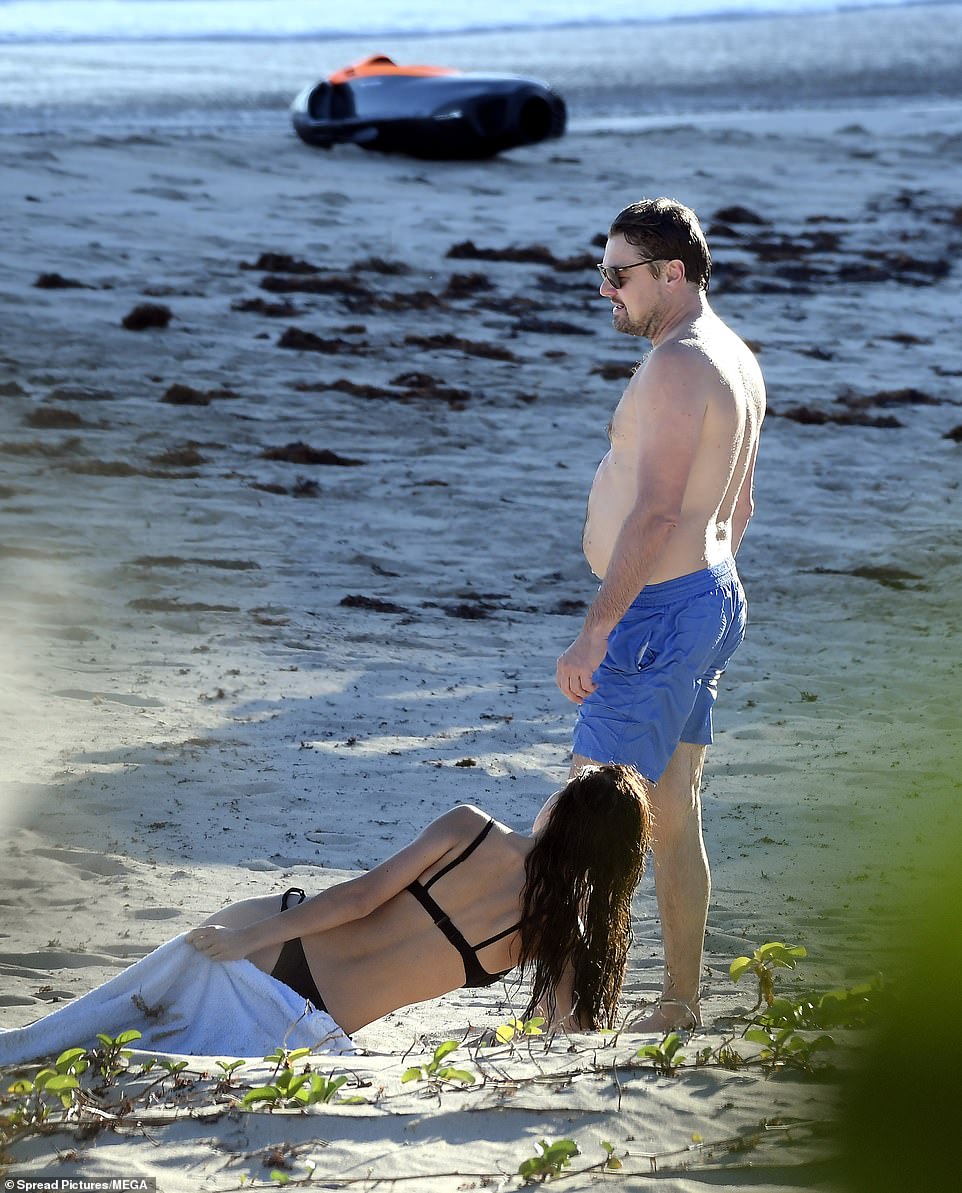 Toweling off: The beauty tugged at the towel she appeared to be laying on 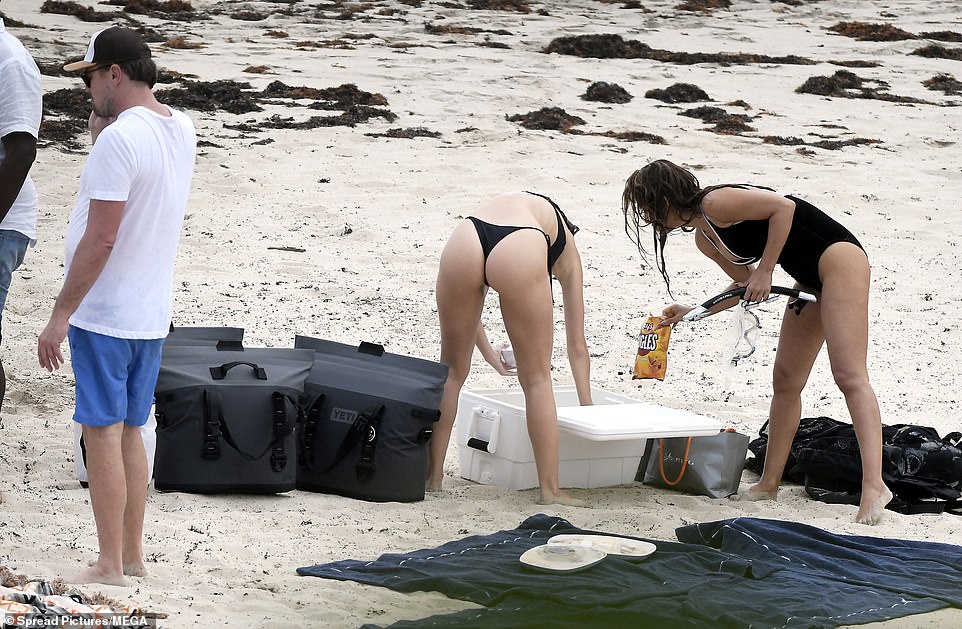 Beach picnic: Camila dug through the cooler as they set up camp on the beach 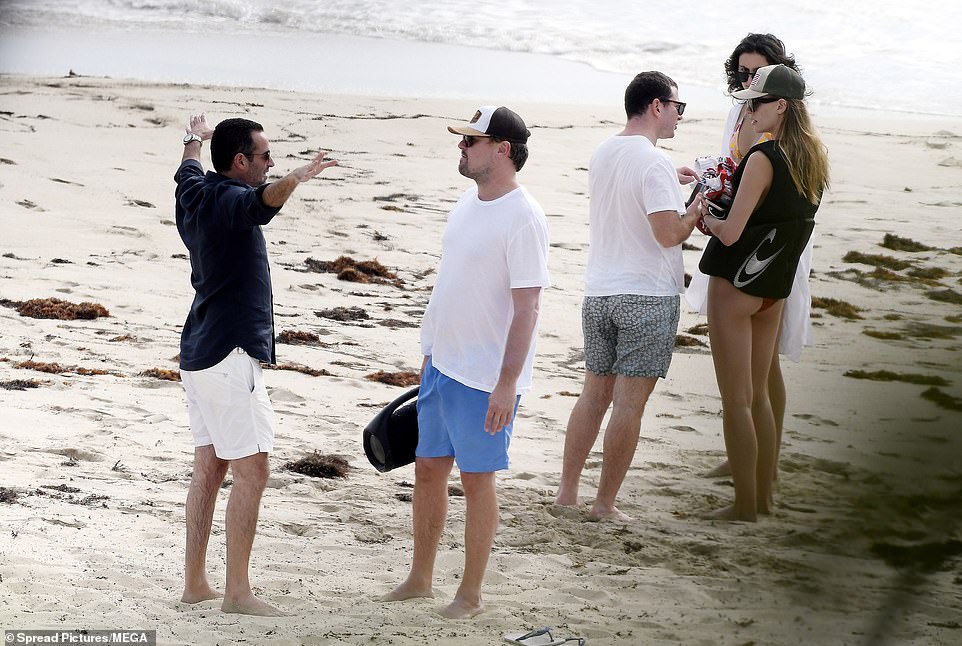 Chit chat: The actor chatted with a friend on the beach