LeBron James hits red carpet for world premiere of Space Jam: A New Legacy in LA with wife Savannah and daughter Zhuri by his side

Space Jam: A New Legacy is set to premiere in U.S. theaters and on HBO Max simultaneously on Friday, July 16.

Four days ahead of its domestic debut, leading man LeBron James made it a family affair when he attended the world premiere of the live-action/animated sports comedy at the Regal Cinemas L.A. Live in Los Angeles.

The film, with James playing a fictionalized version of himself, is the long-awaited follow-up to 1996’s Space Jam starring basketball all-time great Michael Jordan. 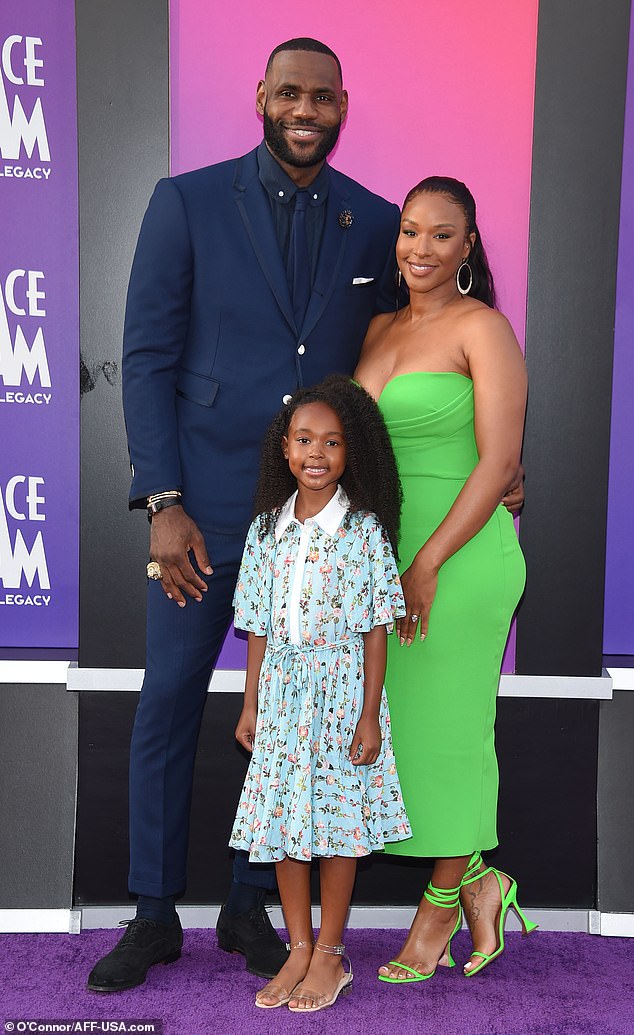 James, 36, looked dapper in a fitted dark blue suit that he paired with a black dress shirt, tie, and dress shoes.

Being that he’s starring in a film based around basketball, it was fitting that he choose to wear his world championship ring that he recently won with the LA Lakers last summer.

His wife of nearly eight-years looked elegant in a green shoulder-less dress that accentuated her womanly curves. 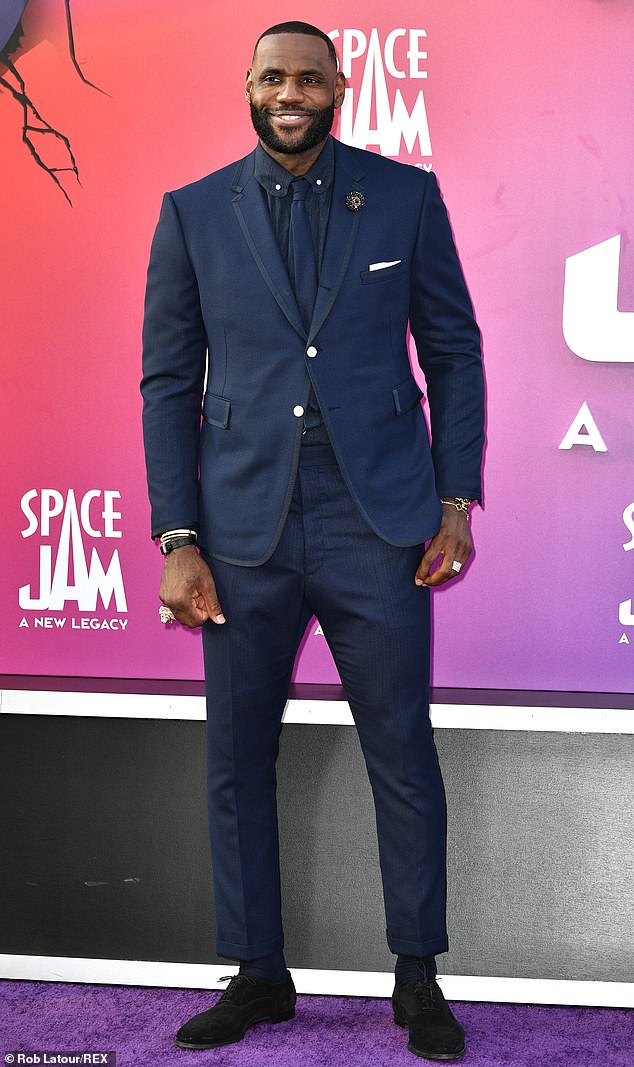 Long-awaited: The film, with James playing a fictionalized version of himself, is the follow-up to 1996’s Space Jam starring basketball all-time great Michael Jordan 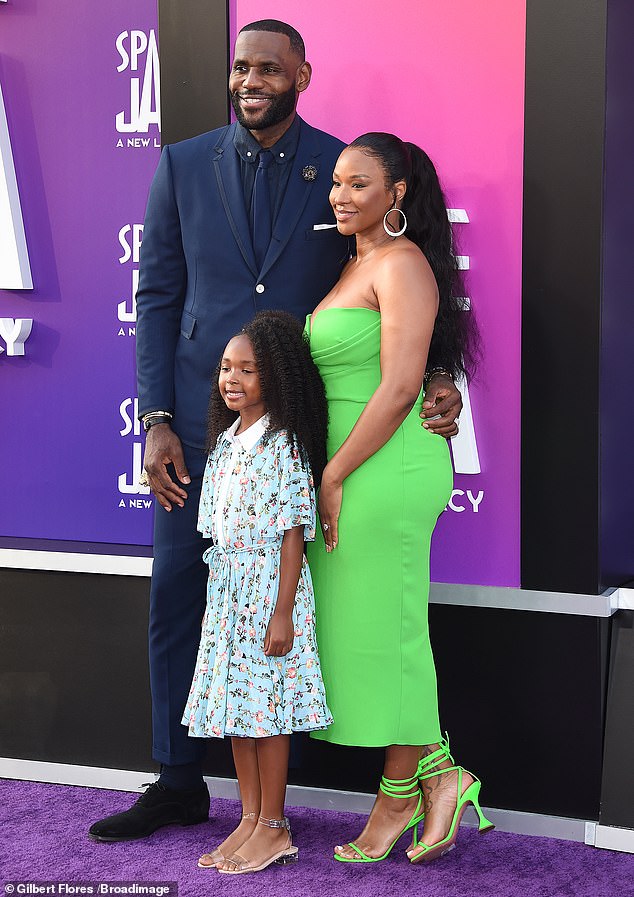 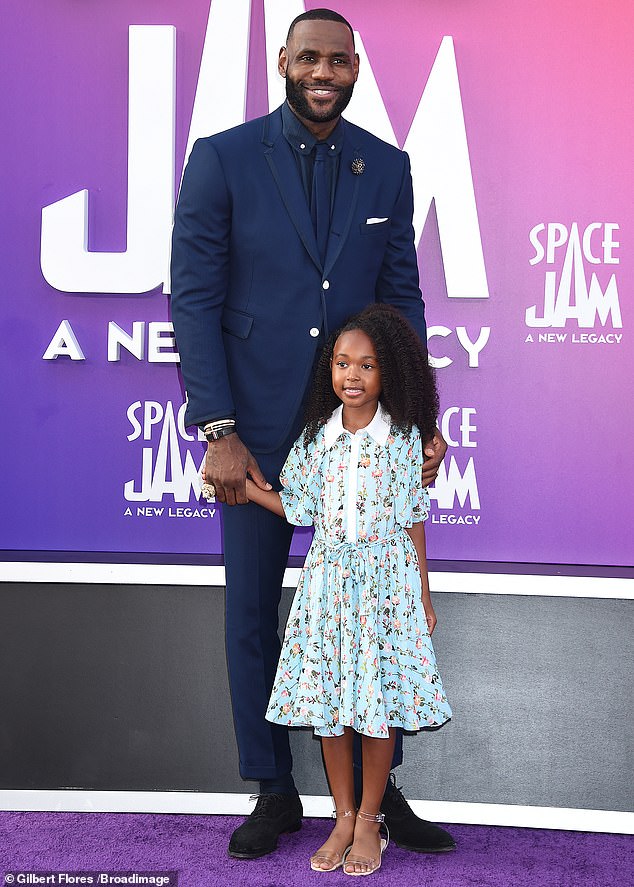 Sweet: The LA Lakers superstar looked sharp in a fitted dark blue suit that he paired with a black dress shirt, tie, and dress shoes, while Zhuri looked adorable in a baby blue floral dress 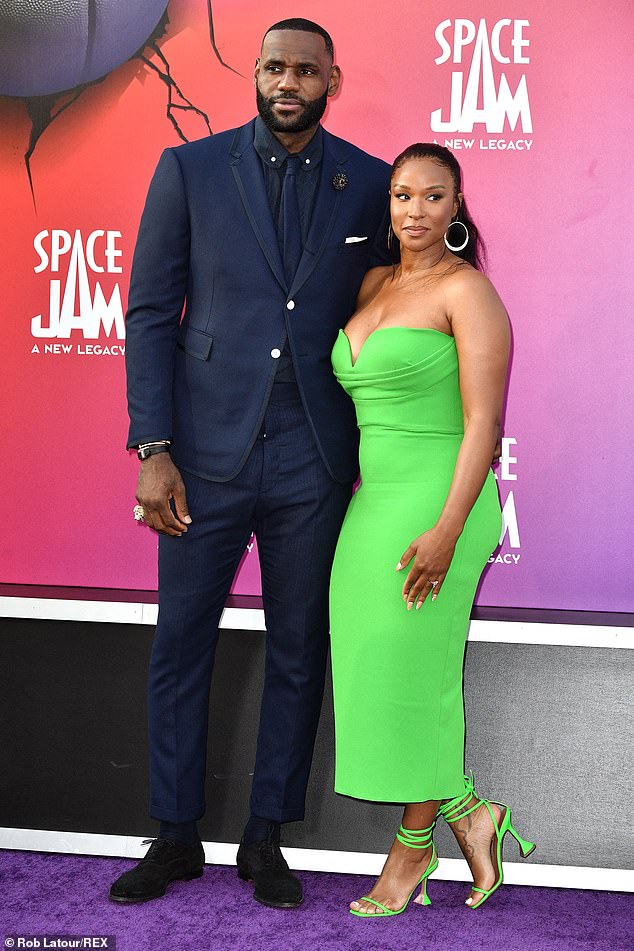 Going strong: The couple will celebrate their eighth wedding anniversary on September 14

She rounded out her ensemble by wearing green strappy heels and her dark tresses styled long but pushed back off her face.

The couple’s only daughter looked adorable in a baby blue floral dress, which fell to just below her knees, with clear sandals and her raven locks with plenty of natural curls and right side part.

The Jameses also have two sons LeBron Jr., otherwise known as Bronny, 16, and Bryce 14, although it appears they were not on hand for the event. 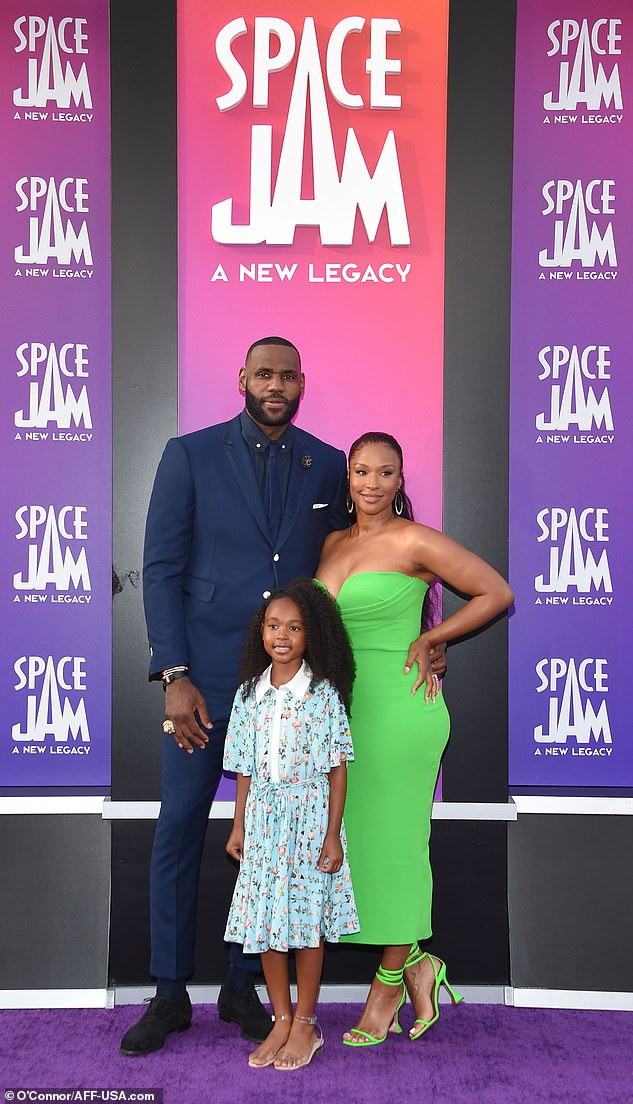 Double duty: James plays a fictionalized version of himself in the film that’s from his SpringHill Entertainment production company

At one point musician John Legend joined in to strike a few poses in front of the row of photographers.

James, Cheadle, Martin-Green and Khris Davis headline the live-action roles in the film, while Zendaya, Jeff Bergman and Eric Bauza are among the Looney Tunes voice cast.

The movie, which is from James’ SpringHill Entertainment production company, is centered around a high-stakes inter-dimensional basketball game that James must play alongside the Looney Tunes characters to win his son back from an evil computer algorithm. 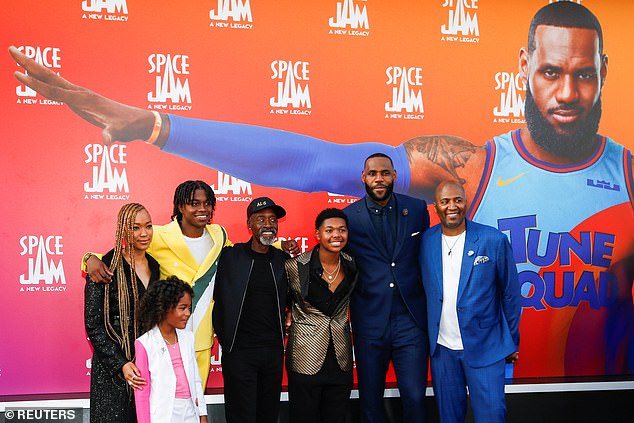 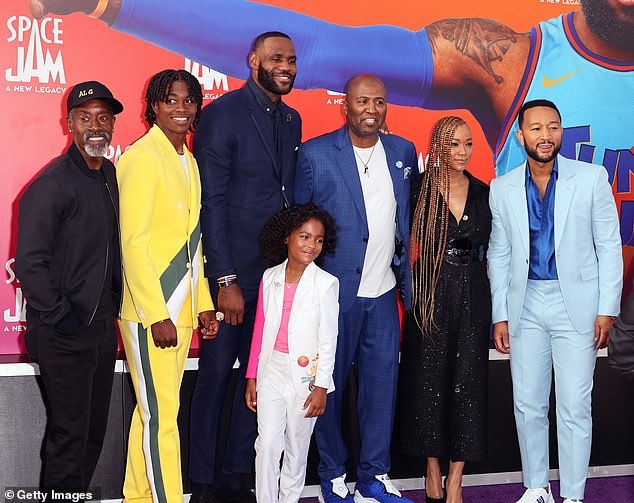 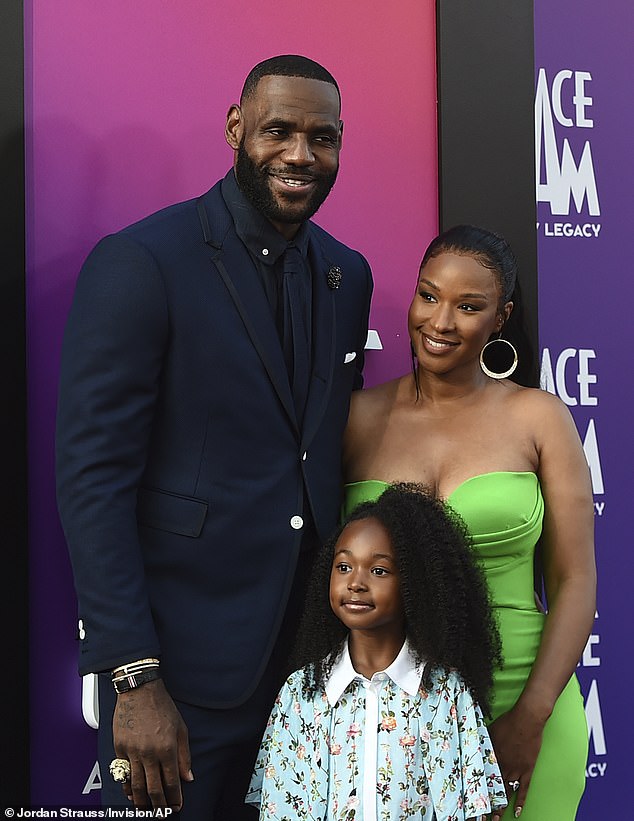 Family: Along with Zhuri, six, the Jameses are also proud parents to sons LeBron Jr. and Bryce 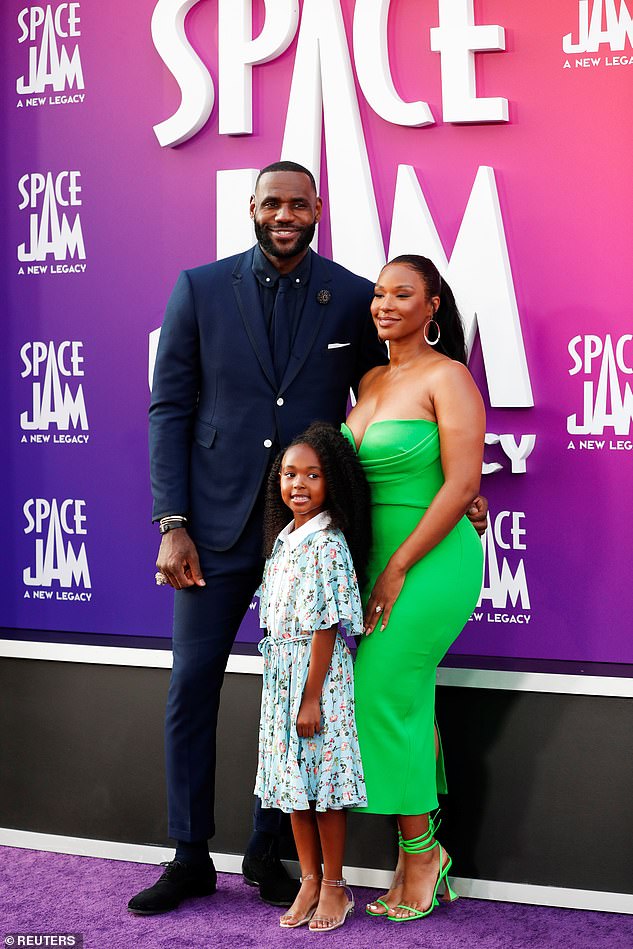