‘You are all I want and need’: Lauren Goodger shares a cute selfie with boyfriend Charles Drury after going for her final pregnancy scan

She’s gearing up to welcome her first child with boyfriend Charles Drury, 23.

And Lauren Goodger, 34, revealed her shock at how quickly the last few months have gone as she shared a snap with her partner after having her final pregnancy scan.

The former TOWIE star is expected to give birth next month. 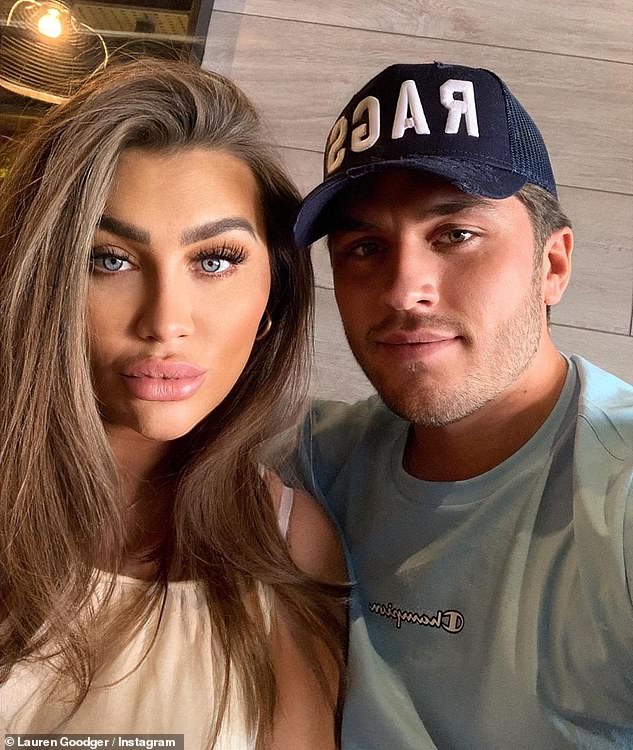 Yummy mummy-to-be: Lauren Goodger revealed her shock at how quickly the last few months have gone as she shared a snap with Charles Drury after having her final pregnancy scan

Taking to Instagram on Tuesday, she wrote: ‘You are all I want and need right now, we had last (Medical) scan today and can’t believe that’s it now. Next time our baby girl be here.’

In the photo, Lauren wore a white top and gold hoop earrings, while Charles wore a light blue T-shirt and a navy baseball cap.

The final scan snap comes after Lauren revealed the recent heatwave was getting a little too much for her as she posted a makeup-free selfie showcasing her glowing complexion. 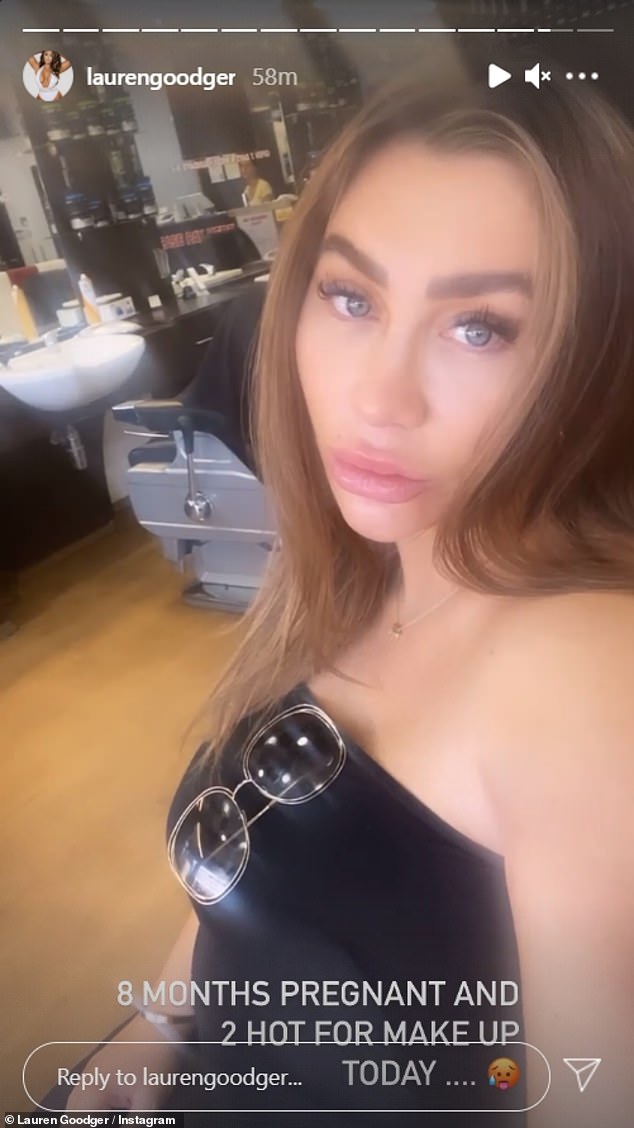 ‘Eight months pregnant and too hot for make-up’: Lauren showcased her natural complexion for an Instagram selfie on Tuesday as she spent time with boyfriend Charles

She spent the day with her boyfriend Charles, sharing a clip of the expectant father at the barbers on her Stories.

Updating her 782,000 followers about her pregnancy, Lauren wrote: ‘8 months pregnant and 2 hot for make up today…’

Lauren was wearing a black dress for the outing and tucked a pair of large sunglasses into the top of her number as she waited for Charles in the barbers.

The outing comes after Lauren revealed that her ‘baby has stopped growing a tiny bit’ and she has been instructed by her midwife to ‘slow down’ after returning to work in her beauty salon this week after restrictions were lifted.

Lauren said: ‘[It] sounds scary, but her growth will speed up as the weeks go on [and] my little girl is bang on the middle of a normal weight at the moment.’

Writing in her OK! column, the mother-to-be added: ‘The midwife asked me what I’ve been up to and I told her about re-starting my aesthetics business and she said this is the time where I should be slowing down and not taking on something new.’

Moving forward, Lauren insisted she will try to take it easier. 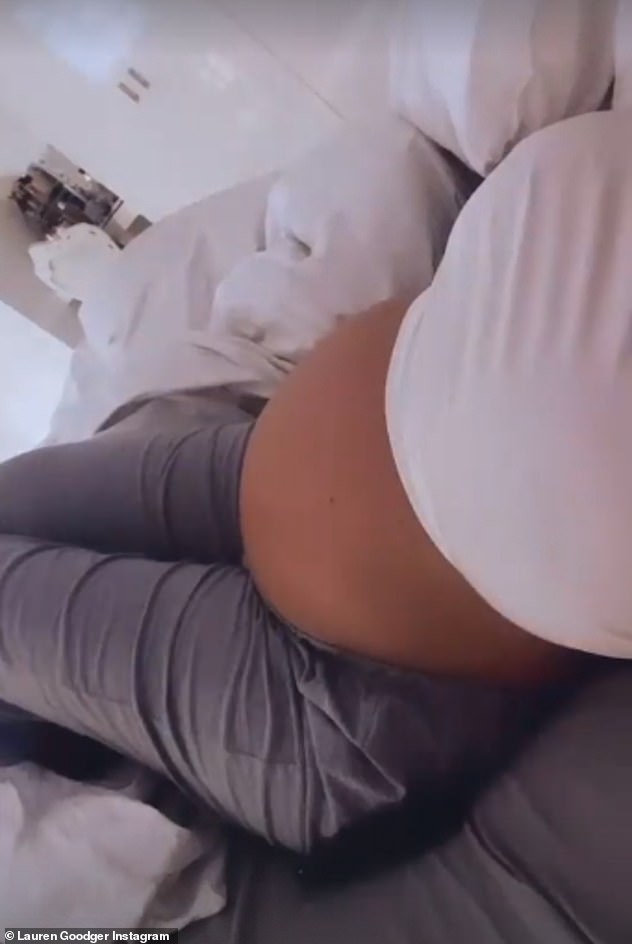 One month to go: The outing comes after Lauren revealed that her ‘baby has stopped growing a tiny bit’ and she has been instructed by her midwife to ‘slow down’ after returning to work