‘We were real’: Lauren Goodger says the new TOWIE cast ‘have had so much work done’ as she reflects on being in a more ‘genuine’ version of the show

Lauren Goodger has said the new TOWIE cast ‘have had so much work done’ while reflecting on her own time appearing in the hit reality show.

The pregnant star, 34, who was in the series from 2010 to 2012, spoke about her experiences and regrets while on Robert Hisee’s The MindKite podcast.

Comparing her time on the show to the more recent series, Lauren said her day was ‘more real and genuine’, adding that the girls used to do their own hair and makeup as well as take their own clothes to shoots. 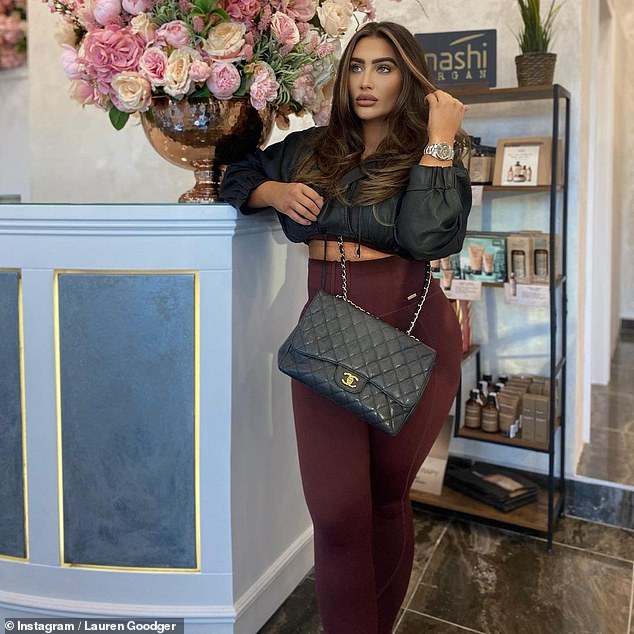 TOWIE alum: Lauren Goodger has said the new The Only Way Is Essex cast ‘have had so much work done’ while reflecting on her own time appearing in the hit reality show

Lauren, who is currently expecting her first child with beau Charles Drury, said: ‘It was so much more innocent and genuine. Now, you’ve got these 19-year-olds – they’ve had so much work done.

‘We didn’t – we came on and did our own make-up. They’ve got hair and make up, stylists, extensions… we were real, no extensions no nothing. It was what it was.

Lauren continued that she also didn’t make much money from the show and instead relied on appearances at clubs and events. 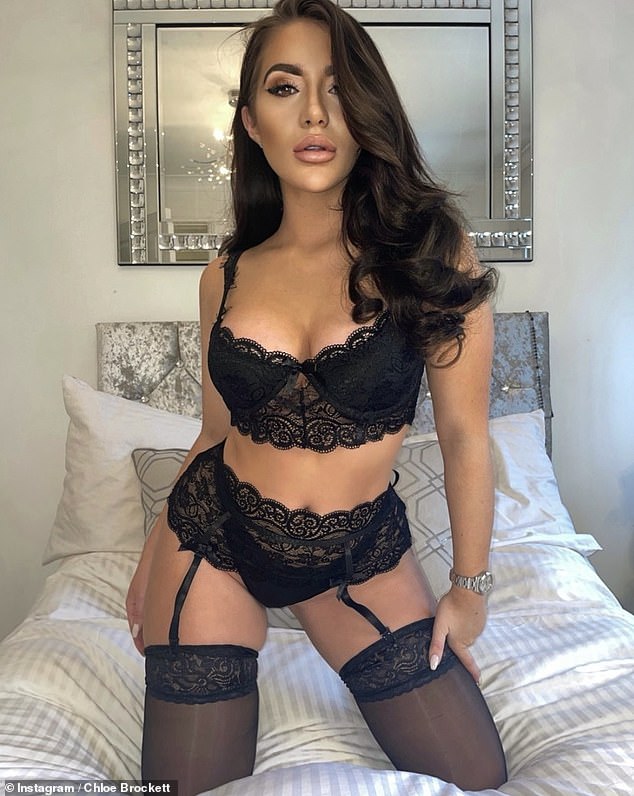 How it’s changed: The reality star, 34, said back in her day the girls would do their own makeup and hair for shoots and the series was more ‘genuine’ (pictured, Chloe Brockett 20. Lauren did not name anyone while discussing the newer seasons)

She continued: ‘They didn’t supply anything. Never got paid, nah – £50 a day.

‘We used to make money out of PAs. Instagram wasn’t about when I first started. I used to hate it. Two or three [a night]. It was always me and Arg always.

‘He never drove and I used to drive. I remember driving to Hull or somewhere mad, but I would never stay in a hotel and I didn’t drink. I’d want to get home. I used to stand there and you just had queues of people, “Can I have a photo?”.’

She added: ‘We won a Bafta for the first series – it was such a hit we use to get millions of views, for these people meeting us in clubs must have been surreal. Now, there’s so many reality stars – Jesus, I don’t even know half of them!’. 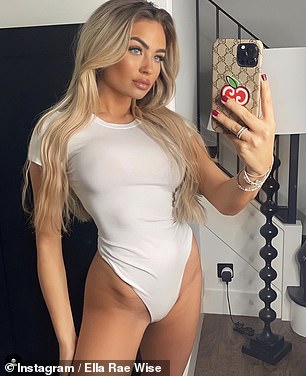 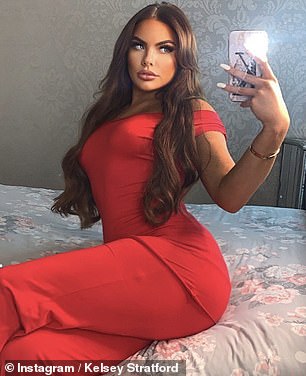 New era: Lauren also told the podcast how she didn’t make money from Instagram as it wasn’t really a major thing when she was appearing on the show (pictured left, Ella Rae Wise, 20, and right, Kelsey Stratford, 20, – Lauren did not name anyone while discussing the newer seasons) 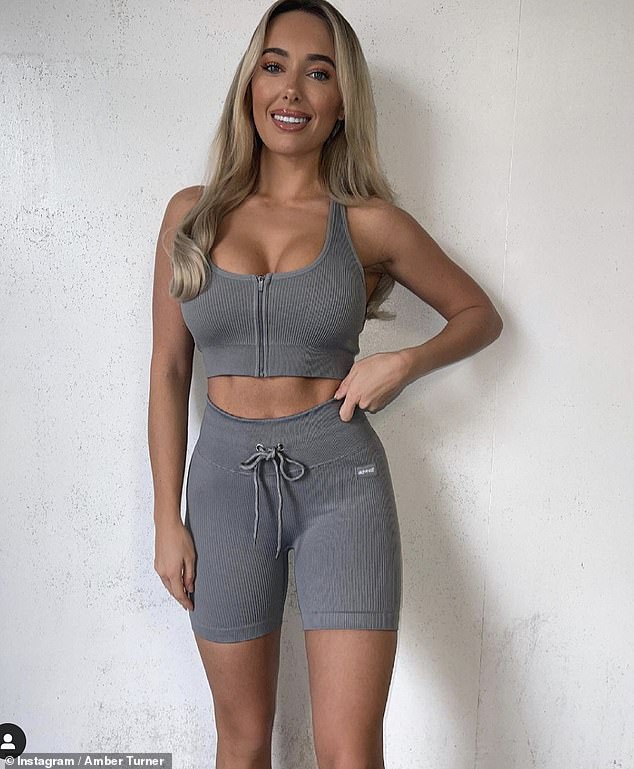 ‘There’s so many reality stars’: She also chatted about how there’s now several reality shows and influencers, joking that she ‘doesn’t know half of them’ (Amber Turner, 27, pictured- Lauren did not name anyone who appears on the recent series while discussing the newer seasons)

MailOnline has contacted a representative for TOWIE for a comment.

Lauren also admitted she missed the peak of her reality star days, saying: ‘Yeah, I liked earning the money, the work side of things. I spent every month in Scotland doing beauty shows and flying to Marbella, I was busy, so so busy.’

The mum-to-be also chatted about how things used to be at the start of the long-running series, saying at the beginning everyone was ‘obsessed’ with the show.

She said: ‘At the beginning we helped with the production, it was real! We did go places and we did row… And when it came out it was more banter, at the nail shops, there’s not so much of that now- they just meet In the street and have a row!’

Speaking about whether she would change anything, Lauren said she’d do a few things different with money and who she trusted but added: ‘I don’t regret any of it.’ 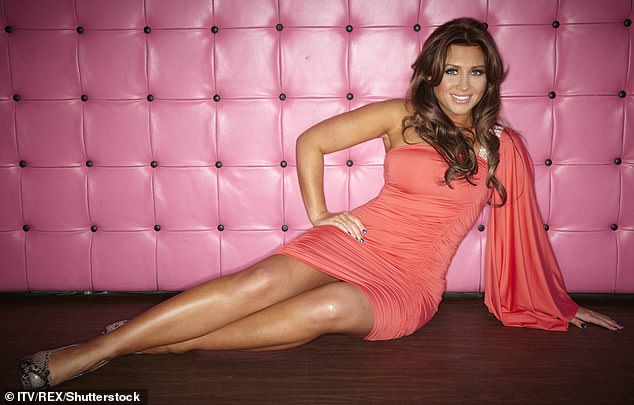 No regrets: Lauren also admitted she missed the peak of her reality star days, saying: ‘Yeah, I liked earning the money, the work side of things’ (pictured in April 2011)

Lauren also told the podcast: ‘I wish I’d got into property, really regret not buying first place… the money I was getting [back then] £25K a photoshoot and that does not exist anymore.’

The pregnant beauty also admitted she’s had to ‘grow a thicker skin’ to deal with all the criticism and attention which came with her reality fame.

She said: ‘Back then we didn’t really speak about mental health, and because we were innocent and it was a whole new to world, we didn’t go in with game plan – like to get on Love Island and get famous – we were genuine.

‘Obviously we wanted to do well, we got the lifestyle out of it, but it was a job. I did it for just over two years and filmed every day nearly.

‘Everyone wants to be famous, but I don’t understand why. As much as it’s a good time and I’m grateful there’s a lot to come with it and it’s not what you think. So be careful what you wish for. 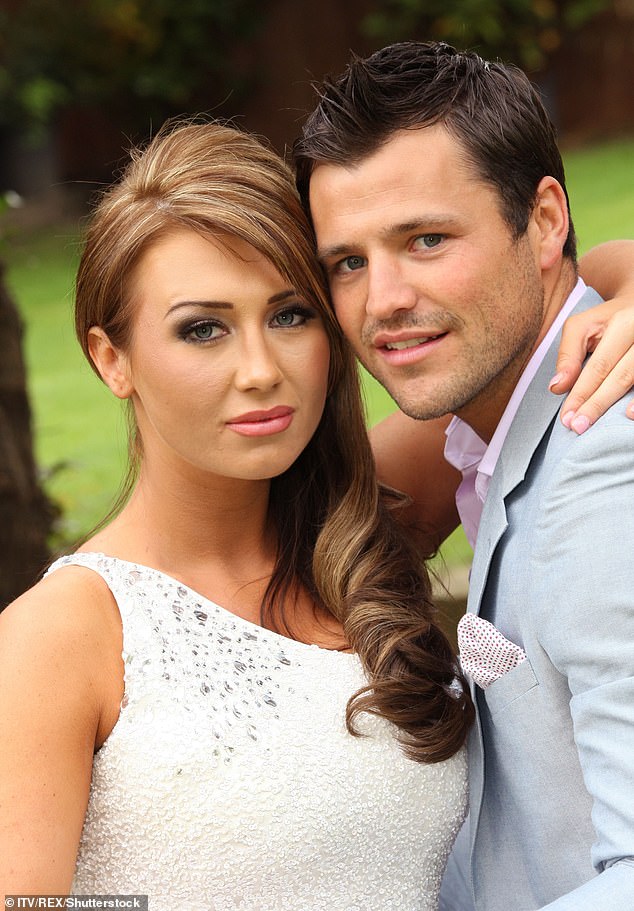 Life changing: The beauty also admitted she’s had to ‘grow a thicker skin’ to deal with all the criticism and attention which came with her reality fame (pictured with Mark Wright in 2011)

Elsewhere in the podcast, Lauren chatted about the importance of having goals and admitted she loved making her fitness DVD and doing a beauty course.

She explained that doing an aesthetics course made her feel like ‘a normal girl’ and said she loved working in a salon – something she wouldn’t be opposed to doing again in the future.

However Lauren shut down any idea of appearing on I’m A Celebrity… Get Me Out Of Here!, telling host Robert: ‘I just can’t do it, I will die.

‘I sit there at home and my hands are sweating, imagine if I was there!’

Lauren is now preparing for the arrival of her first child, with the star now being 20 weeks pregnant.

Just last month, Lauren admitted that she found the first three months of her pregnancy ‘quite difficult’ due to sickness and nausea. 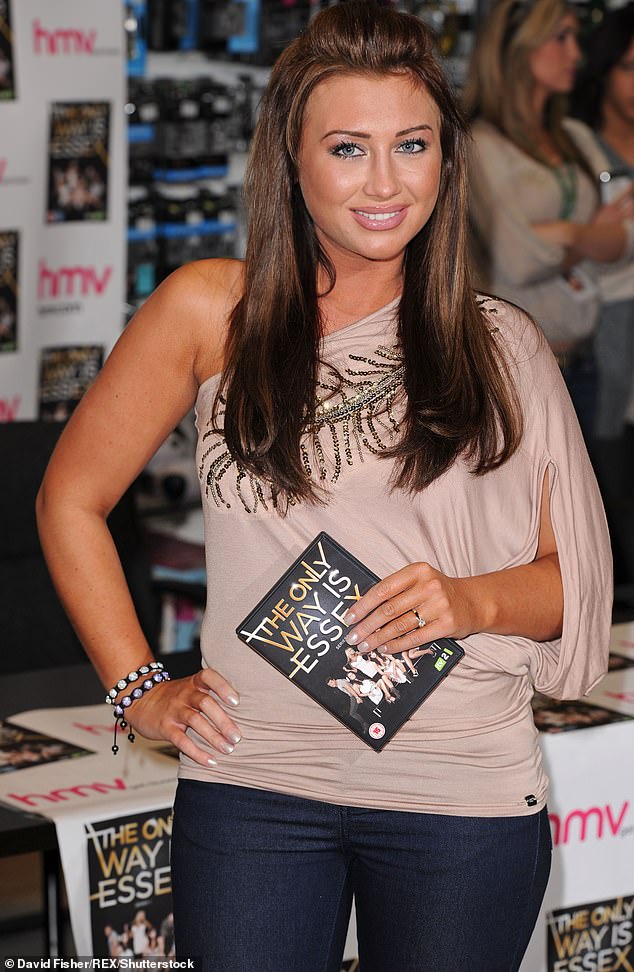 Differences: Lauren also said there was more ‘banter’ in the earlier seasons compared to now where its very dramatic with rows (pictured in March 2011)

During an Instagram Q&A, she answered questions about her journey into motherhood, including her baby’s name, a gender reveal and plans for labour.

She also responded to criticism regarding her decision to share her private life online, as she teased a potential return to reality TV.

Lauren said: ‘[I] Found it quite difficult for the first three months. It’s just over as well and it’s just starting to get better so yeah, just tired still, but not the sickness.’

Later on, she elaborated on her feelings of nausea: ‘I felt very, very sick but wasn’t actually sick all the time. I have been sick a few times, or just had the feeling, I would rather have been sick because it’s a mental release.’

Lauren confirmed her relationship with Charles last year and moved him into her Essex pad, just three weeks after dating. 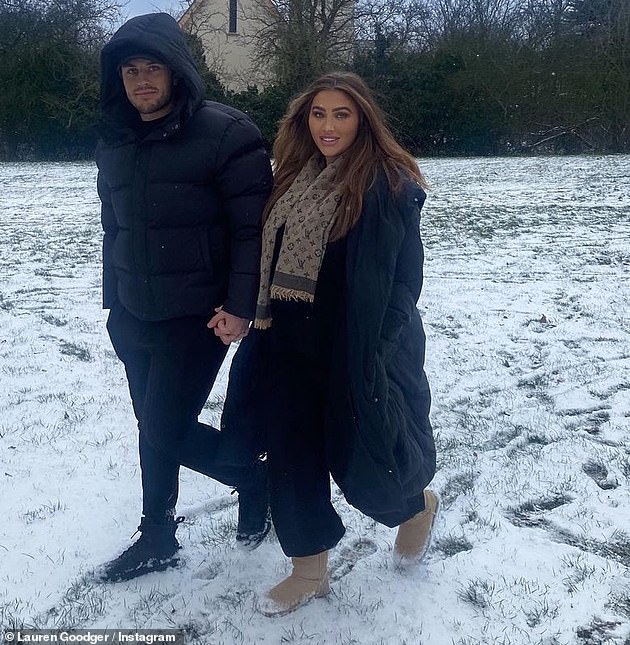 Baby on the way! Lauren is now expecting her first child after confirming her relationship with Charles Drury last year and moving him into her Essex pad, just three weeks after dating