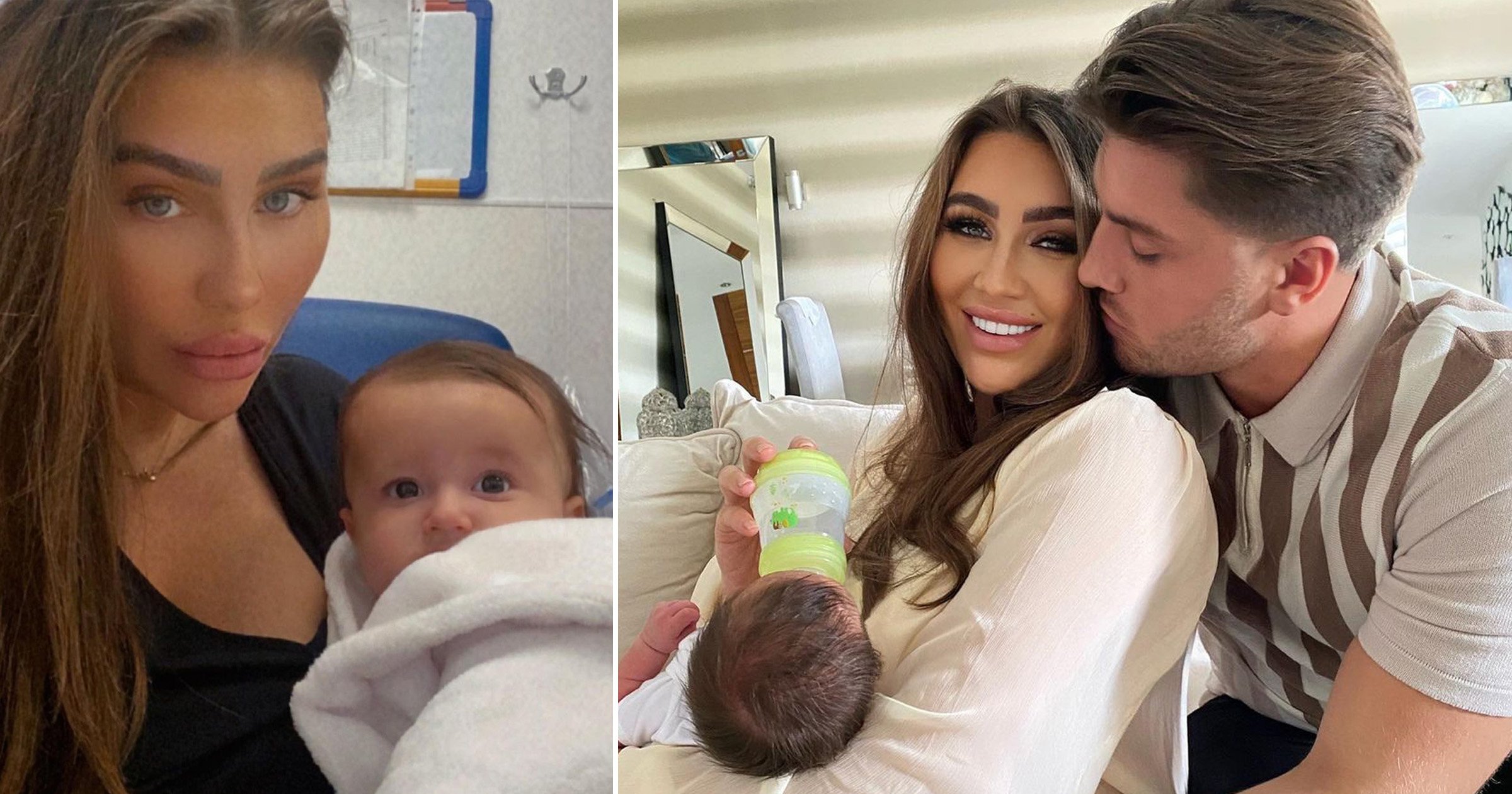 Towie’s Lauren Goodger has announced she is expecting her second child with boyfriend Charles Drury, having fallen pregnant just eight weeks after giving birth to her daughter Larose.

The reality television star confirmed she is expecting another baby girl days after Charles admitted to sleeping with another woman when they were on a short break.

‘I hadn’t had a period for quite a few weeks, my nipples were killing me and when I was breastfeeding the pain was unbearable,’ Lauren shared. ‘I thought, “I bet you I’m pregnant!” I did a test and it said positive.’

Lauren continued to OK! magazine: ‘We weren’t very careful and Charlie was really pleased, but being honest I was really in two minds about it.

‘I was like, “I’m just getting myself back together – I’m going back to square one. Is this fair?” You get real mum guilt, like, “What about Larose?”

‘She’s still a baby, she still needs me, I won’t be able to be there for her.’

Lauren added that her boyfriend Charlie really wants the baby too, which prompted her to go ahead with the pregnancy.

Charles, 24, announced he had split from Lauren, 35, in November just four months after they welcomed their daughter Larose.

It was during this time that he is said to have enjoyed a brief romance with Amy Gilbert, who he reportedly met for sex at his East London home and even spent a whole weekend with.

Sharing her side of the story, Amy claimed Charles reached out to her via Instagram and they began messaging for a couple of days before meeting at his property.

She alleged to The Sun: ‘I slept with him on that night, it was quite intense first of all, then he asked to see me again the following day. I then went and met him again.’

According to Amy, the pair spoke through FaceTime everyday and were ‘on and off’. However, their romance came to an end when Charles reconciled with Lauren.

Charles confirmed the romance and said Amy was ‘sour she had got cut off’.

He told the publication: ‘It was four or five days from the first point of contact from ever talking to this Amy girl to me saying it was a mistake and I didn’t want to speak to her anymore.

‘She wanted to meet up and sleep together on the first night of meeting. Being stupid, things obviously happened.’

He added that he got back together with Lauren because ‘[he] wanted to sort things out with my family’.