‘My milk flow was low and she was really hungry’: Lauren Goodger reveals she’s weaning baby Larose at four months old due to ‘stress’ after split from Charles Drury

Lauren Goodger, 35, has detailed why she is weaning her daughter at four months old.

The former TOWIE star welcomed her first child, Larose, with her ex-boyfriend Charles Drury, 24, in July.

Talking to Instagram on Sunday, Lauren revealed that since splitting from Charles last week, she has been under a lot of stress, which has affected her milk flow.

The NHS website recommends weaning should start when a baby is around six months old, however Lauren revealed she sought advice from midwives before making the decision to introduce solid food earlier. 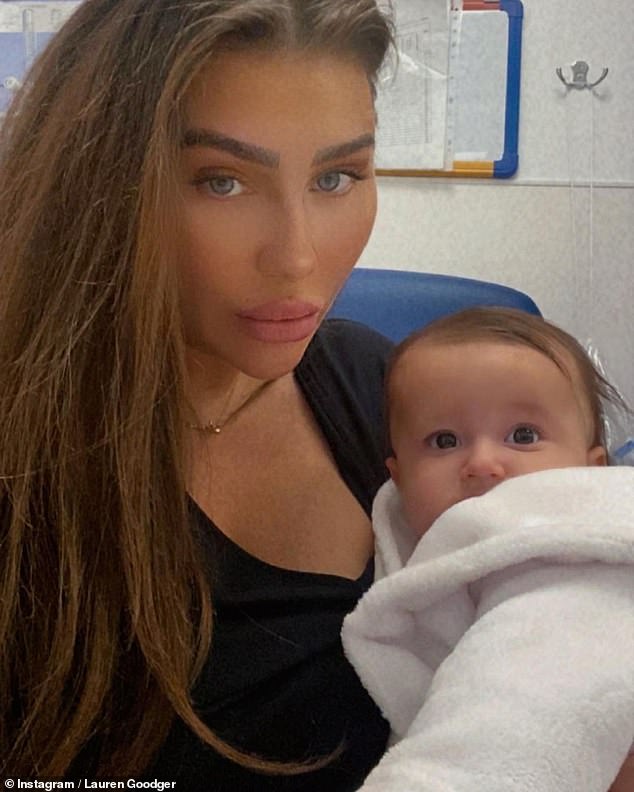 ‘My milk flow was low and she was really hungry’: Lauren Goodger, 35, has detailed that she is weaning her four month old daughter due to ‘stress’ after her split from Charles Drury, 24

She explained: ‘I’m a breastfeeding mother, she feeds on demand, but I spoke to a couple of midwives – NHS and private – trust me, I longed this out as long as I could.

‘I’ve been through quite a lot of stress lately and my milk flow was low and she was really hungry so I thought do I give her less milk or feed her.’

‘I’ve obviously gone for the healthier option and fed her. These products and food, you can have from four months.’ 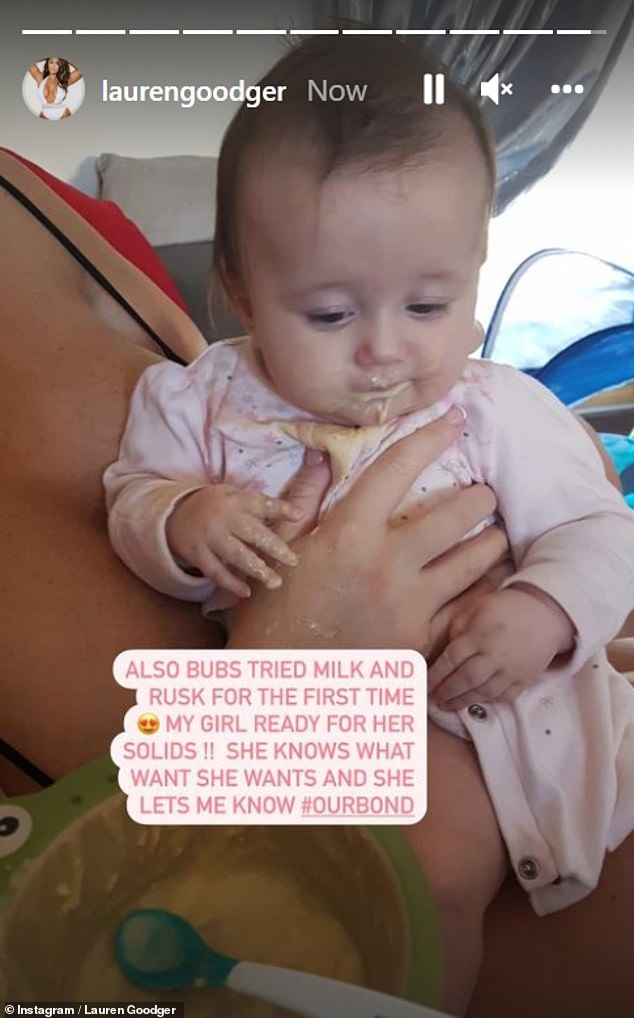 She explained: ‘I’ve been through quite a lot of stress lately and my milk flow was low and she was really hungry so I thought do I give her less milk or feed her’

The reality TV star added: ‘I’m not giving her full-on meals. I’ve given her a little bit of mushed-up banana, no added sugar rusk which she absolutely loved, and those Ella’s Kitchen pouches that are organic.

‘Then I’m going to make some fresh food for her and mash it up.’

Lauren shared a sweet photo of Larose trying rusk for her first time as she penned: ‘Bubs tried milk and rusk for the first time. My girl ready for her solids! She knows what she wants and she lets me know!’

It comes after Lauren revealed that she had split from Charles because they ‘aren’t compatible anymore.’

The former couple are remaining amicable and revealed that they still see each other every day for baby daughter, who was in hospital for three days earlier in the month.

A source told OK! Magazine: ‘She’s really stressed as Larose is in hospital with a severe illness. She didn’t expect him to announce the split while she’s going through this really difficult period. He’s had weeks to do this – why has he done this now?’

‘It’s been such a scary time for Lauren. Her priority is Larose and making sure she gets better and out of hospital as quickly as possible.’

Lauren took to Instagram last week and revealed Larose had been in hospital with a ‘severe illness’.

Lauren wrote: ‘My baby has been in hospital for three days so far with a severe illness. She caught some sort of virus or infection, I think the bronchitis has come back worse.

‘It’s been the hardest two days of my life and me and @CharlesDrury1 have been with her swapping to be with her.’

‘So hard to watch your daughter be in hospital with tubes, drips, cannula, especially being held down she doesn’t understand, it’s broken my heart.’

She added: ‘I have slept on a chair well didn’t sleep for 24 hours. She’s my world and she’s finally on the mend. Thank you @NHSEngland for your help you lovely people. What would we do without you.’ 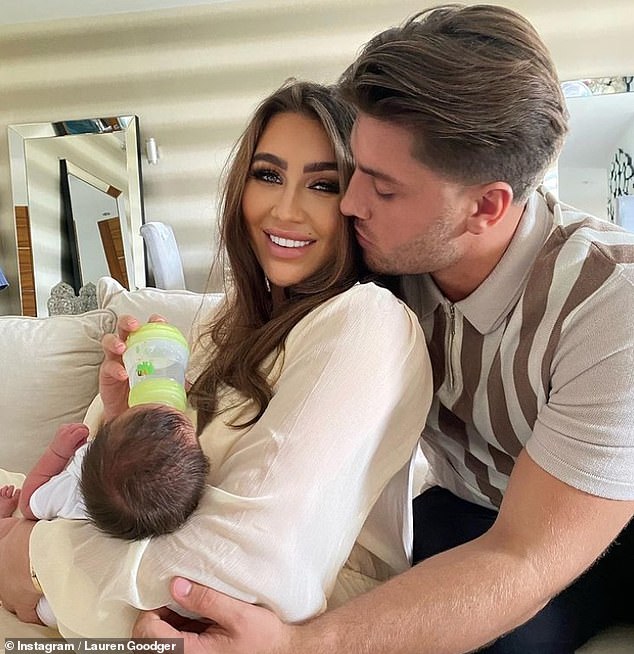 Former flame: Split: This comes after Lauren revealed that she had split from Charles because they ‘aren’t compatible anymore’

The saga began when Charles confirmed the couple have gone their ‘separate ways’ but have vowed to ‘remain civil’ for the sake of their child.

He wrote: ‘Only going to post this once, me & Lauren have decided to go our separate ways.

‘Things must remain civil for the sake of our daughter, Lauren is great mum so when it comes to Larose we both have her best interest at heart so she will still see us both.

‘I’d appreciate if people could stop making themselves busy & putting their 2 pence in as no drama is needed round here.’

Lauren first teased she was seeing someone new back in October 2020, later revealed to be Charles.

The couple announced they were expecting their first child together just three months after going public with their relationship.

Ask your health visitor or GP for advice on when to start weaning. 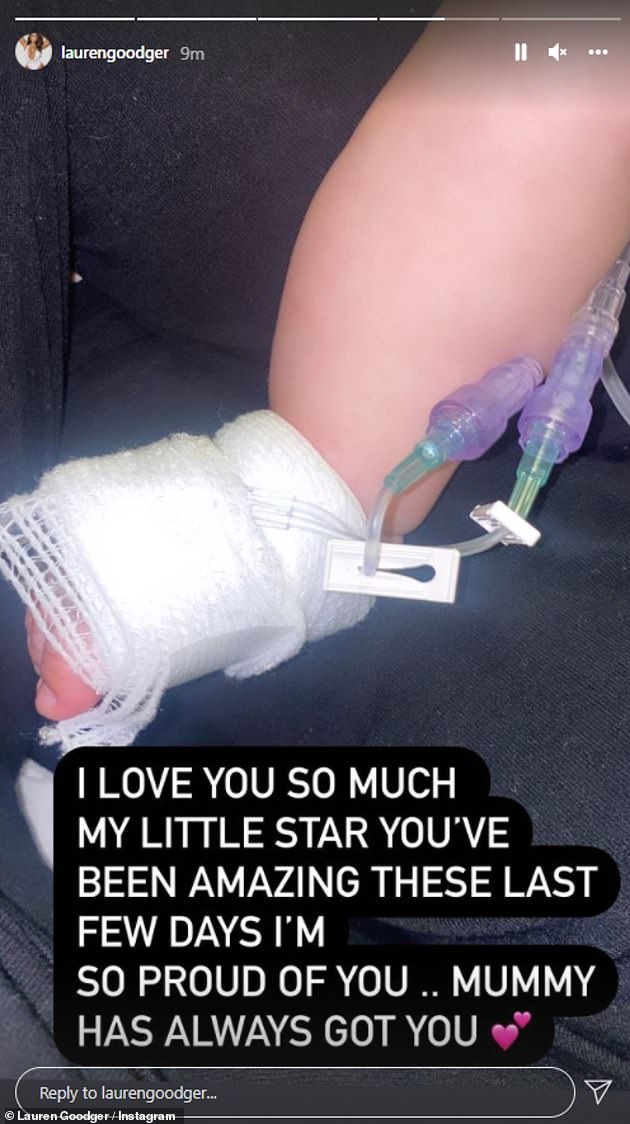