Lamar Odom’s Ups and Downs Through the Years

“I wear my wedding ring on my neck!!” the former Los Angeles Lakers player, 40, captioned two photos on Instagram that showed the red lips with the words “Baby Doll” underneath. “Sorry if it offends anybody. Why? Tell me? #mybabydoll #wifey #whenyouknowshetheone #lamarandsabrina #happywifehappylife.” 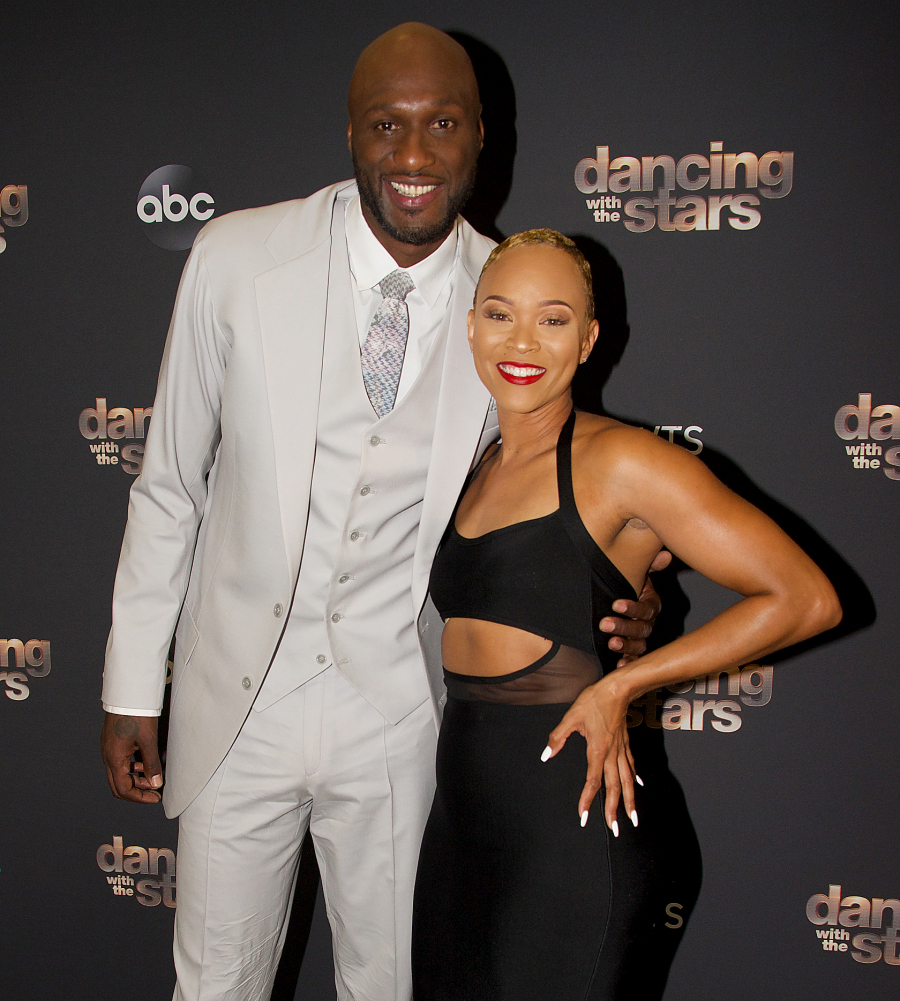 I wear my wedding ring on my neck!! Sorry if it offends anybody.Why? Tell me? #mybabydoll #wifey #whenyouknowshetheone #lamarandsabrina #happywifehappylife

When a follower commented, “Girl ain’t nobody said none …. enjoy,” the personal trainer replied, “Every SINGLE day! In the comments. In my dm’s, on his page, in real life. So much is said. This my only response. Period!”

Celebrities Who Got Tattoos for Love

Odom and Parr announced their engagement in November after he proposed in Miami with a massive pear-shaped diamond ring. The proposal came three months after the couple were spotted kissing while out in Atlanta.

The former NBA star was previously married to Khloé Kardashian from 2009 to 2016.

The Keeping Up With the Kardashians star briefly put their divorce on hold after Odom almost died from a drug overdose in October 2015. She acted as his caretaker while he recovered and then filed for divorce for a second time in May 2016.

A source told Us Weekly in November that Kardashian wishes her ex-husband “nothing but the best” with Parr. “She heard about the engagement from friends,” said the insider, who added that the Good American cofounder “wants him to be happy.”

Kardashian and Odom got matching tattoos of each other’s initials on their hands shortly after their 2009 wedding, but the reality TV star had her ink removed in 2016.

In 2018 Odom explained that he hadn’t gotten rid of his “KK” tattoo. “I still got my shawty’s name still on me, her initials still on me,” he said during an appearance on BET’s Mancave. “But for no reason. You know what I’m saying? I understand when it’s over, it’s over. When she was with her second or third NBA player, I could see that.”

The Olympian appeared to have a change of heart last year and was spotted with laser removal scars on his hand in May 2019.