The singer, who is well-known for her head-turning red carpet appearances and outlandish outfits, did not disappoint at the star-studded annual event.

Arriving in a bright pink ensemble with an entourage of well-dressed men in black tuxedos carrying umbrellas, the Star is Born actress certainly made sure all eyes were on her.

The annual costume gala, which takes place at the Metropolitan Museum of Art, follows a different theme each year which encompasses their new exhibition.

Following this year’s theme of Camp: Notes On Fashion, Lady Gaga opted for a bold fuchsia dress featuring a long train and a large pink bow on her head.

She wore dramatic eye make-up comprised of extremely long gold eyelashes and jewels under her eyes as she posed for photographers.

During her appearance on the pink carpet, she whipped off her dress to reveal a stunning strapless black gown underneath which she wore with a glitzy diamond necklace.

After posing up a storm in her new look, the pop star changed into her third outfit of the night. 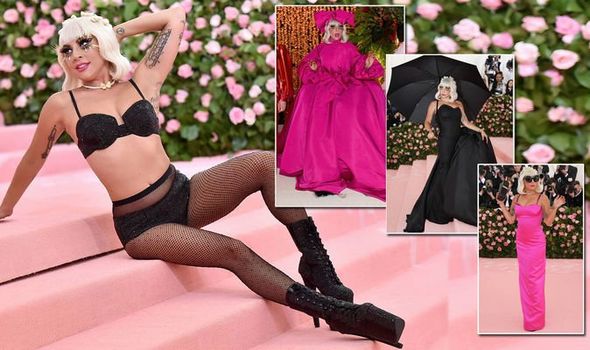 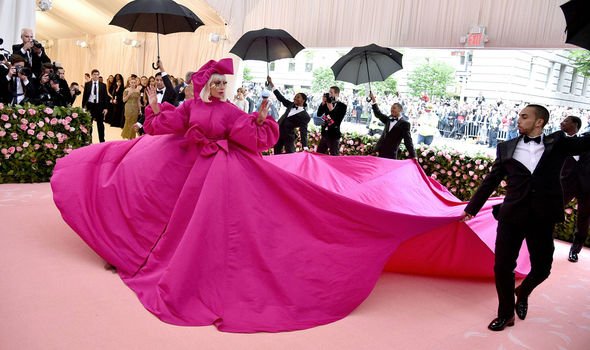 This time she appeared in a figure-hugging pink dress which showcased her slim frame.

She added a large pair of dark sunglasses and carried an old fashioned mobile phone in her hands.

Not content with her many outfit changes, the Oscar-winning star stripped off one last time to reveal a black sparkly lingerie set which she teamed with large high-heeled boots and fishnet stockings.

The Applause hitmaker was pictured pulling a pink and gold trolly containing handbags and wine along the pink carpet before lying on the stairs and posing in a string of provocative poses. 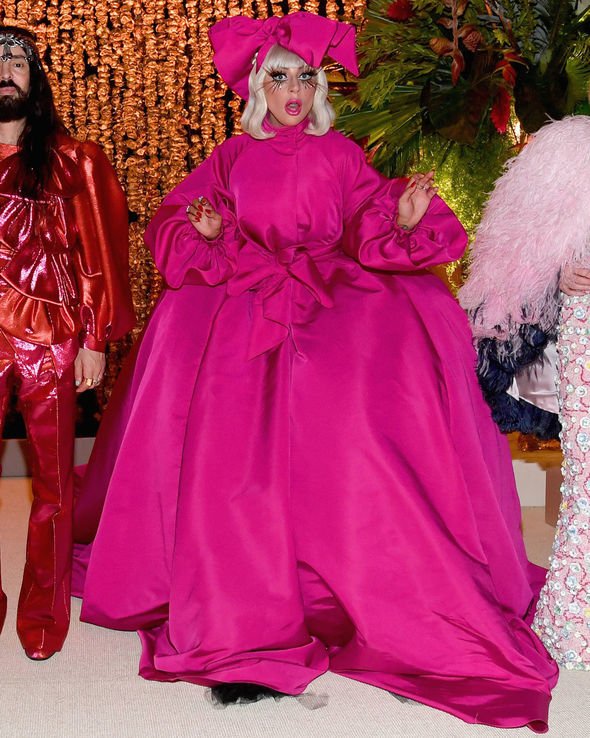 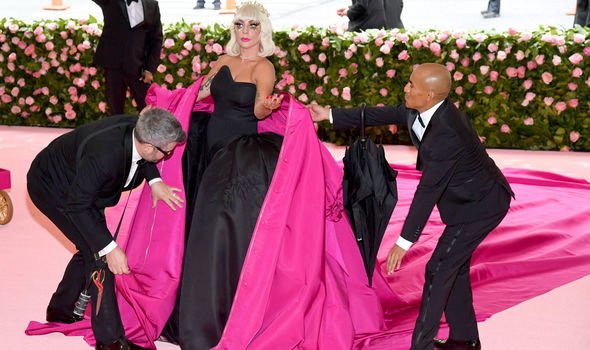 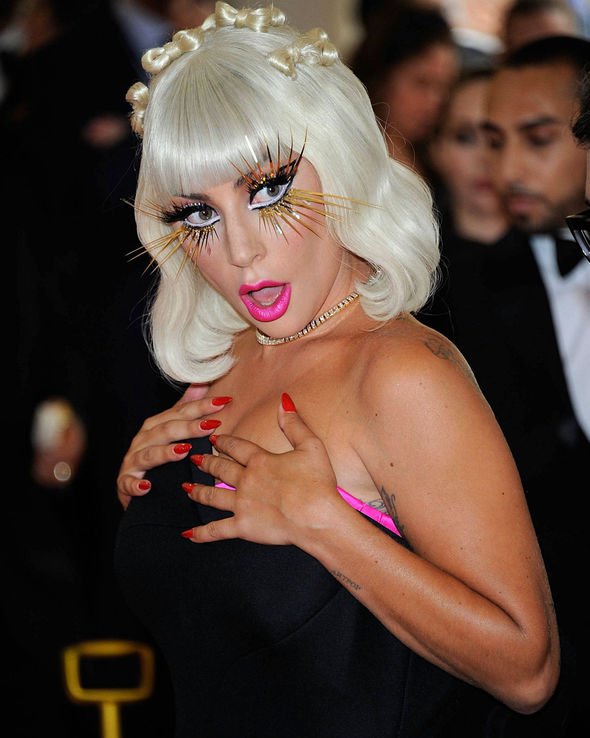 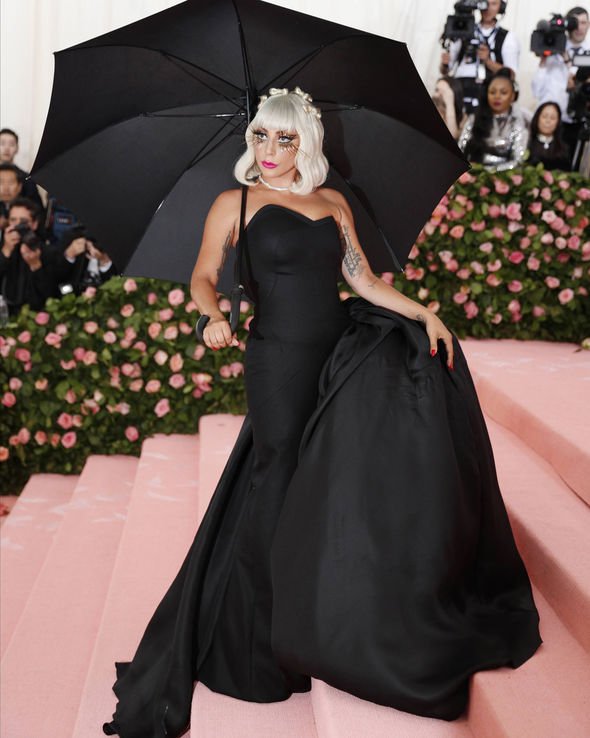 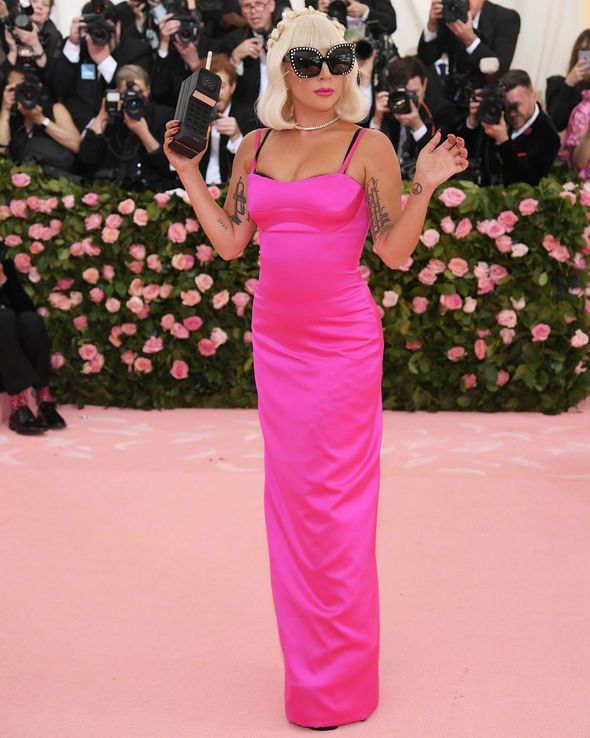 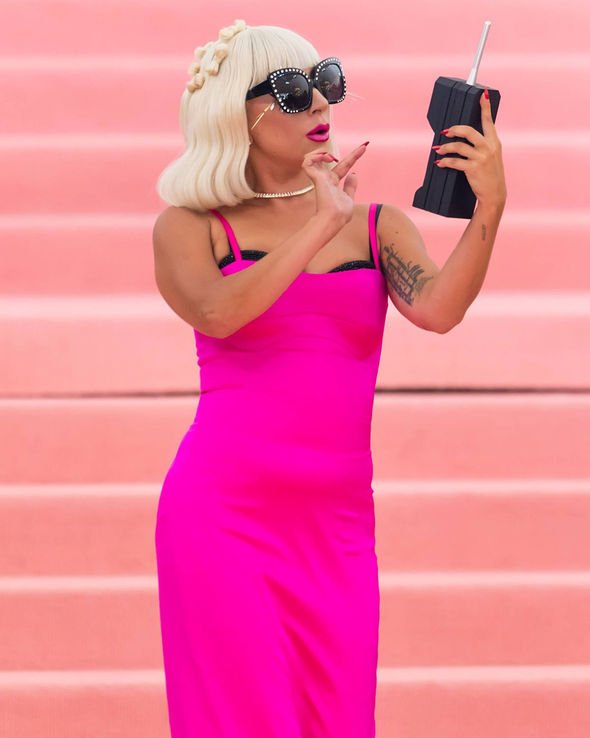 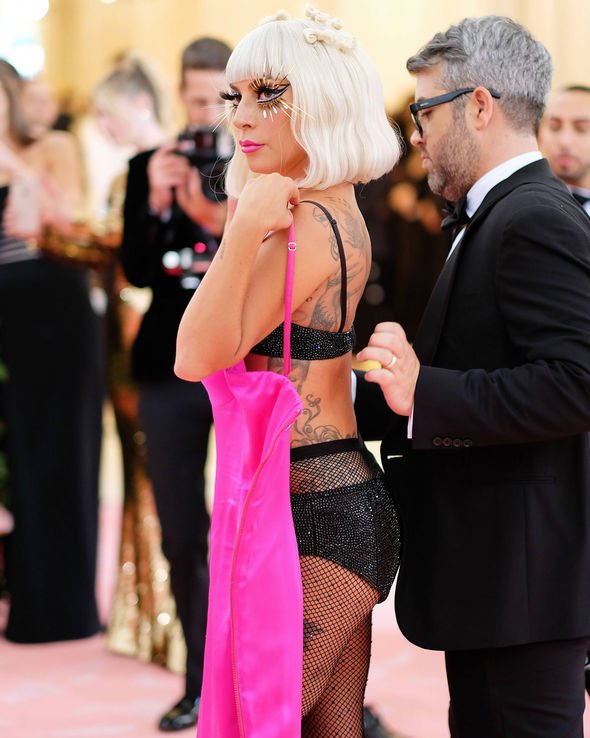 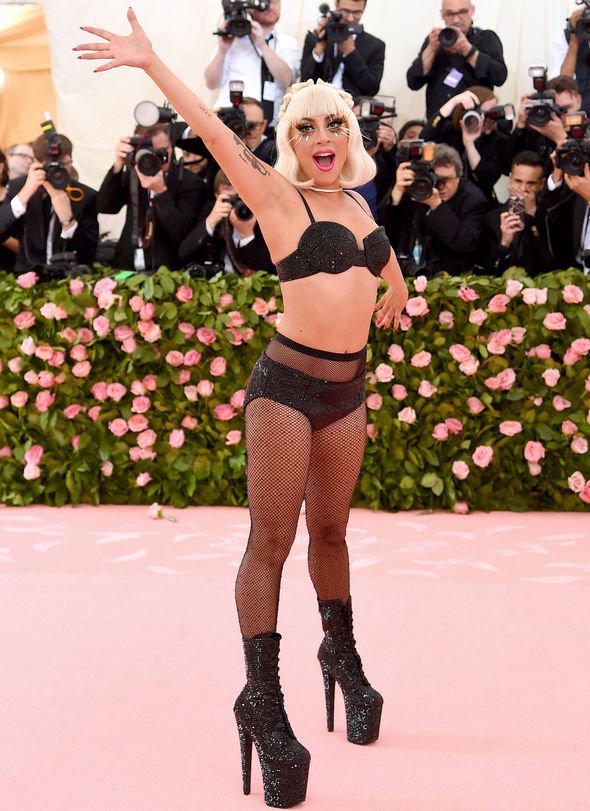 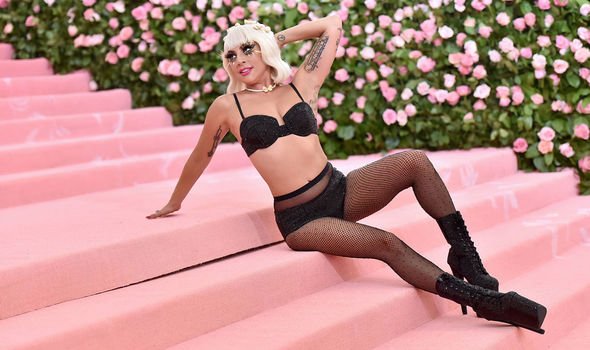 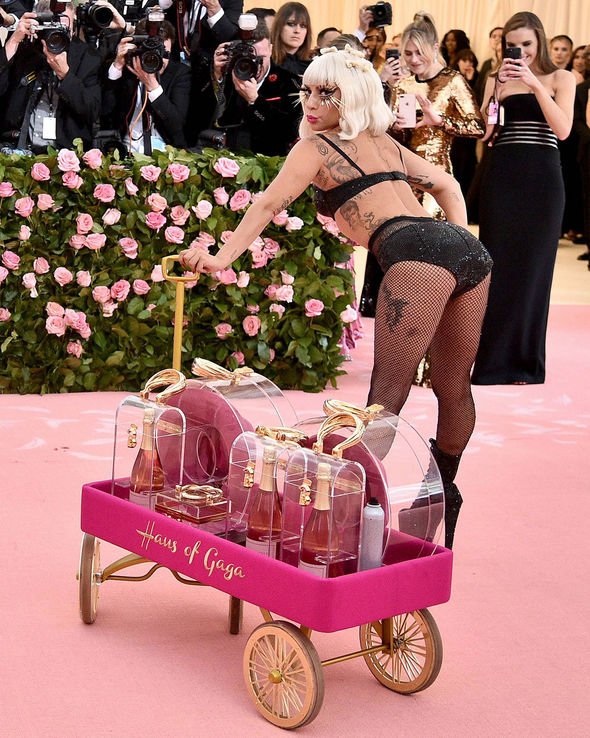