Back to blonde! Kylie Jenner unveils new platinum ‘do as she dazzles in leather pants and grey corset top for another night out in LA

The reality star – who recently had her billionaire status debunked by Forbes Magazine – was pictured on Monday night showing off her newly-dyed platinum locks, as she stepped out in Beverly Hills.

Kylie, 22, is said to have an estimated worth of $900 million thanks to her Kylie Cosmetics business, but easily looked a billion dollars as she wowed in a pair of leather trousers and grey corseted top. 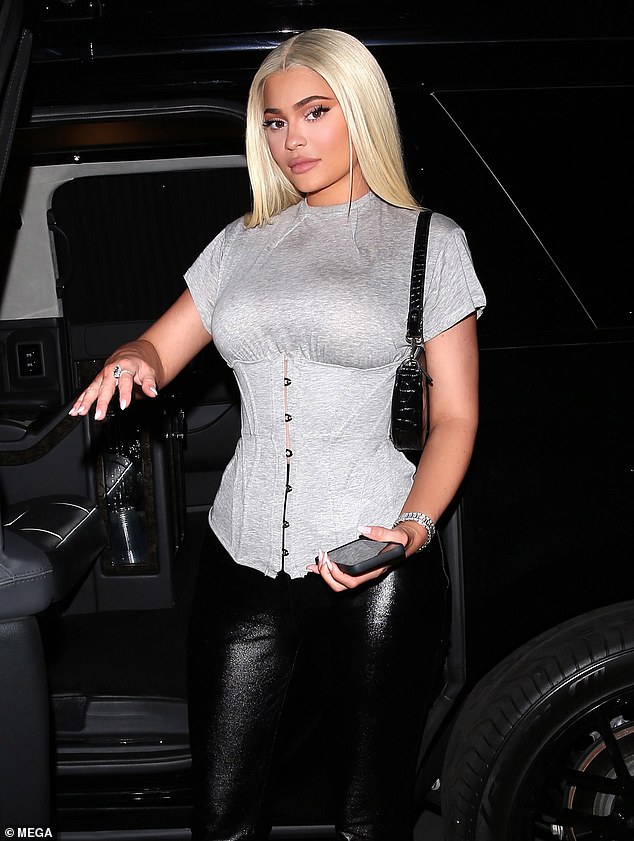 Back to blonde! Kylie Jenner steps out in leather pants and stunning blonde hair in Beverly Hills on Monday night

The mogul had stepped out for dinner at the fancy LA hot spot Catch, and was accompanied by her pal Yris Palmer.

Lash technician Yris posted a snap to her Instagram Stories of two cocktails, tagging Kylie, which seemed to suggest the pair were in for a fun night out on the town.

There has been a broad reopening of restaurant dining rooms in Los Angeles over the past few months, and not all establishments require patrons to wear face masks, though they are usually encouraged to wear them as they are entering or leaving the building.

Fun night out: The mogul had stepped out for dinner at the fancy LA hot spot Catch, and was accompanied by her pal Yris Palmer 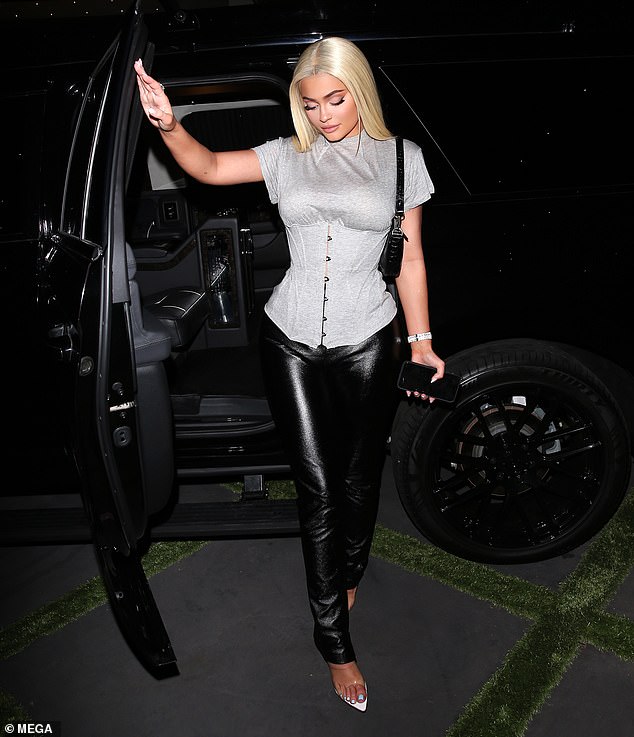 Blondie: The KUWTK star stunned as she stepped out of her vehicle unveiling her new look 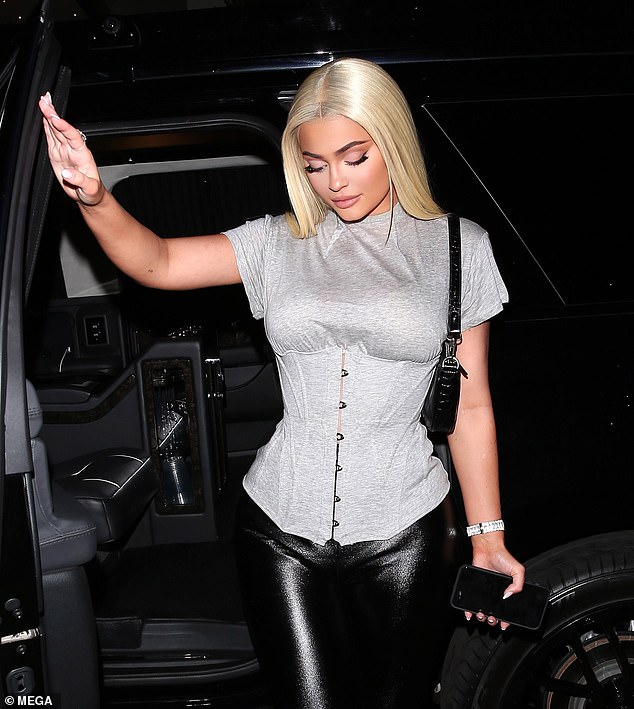 Tight-fit: Kylie looked ready for a night out on the town with a grey corset top and leather pants 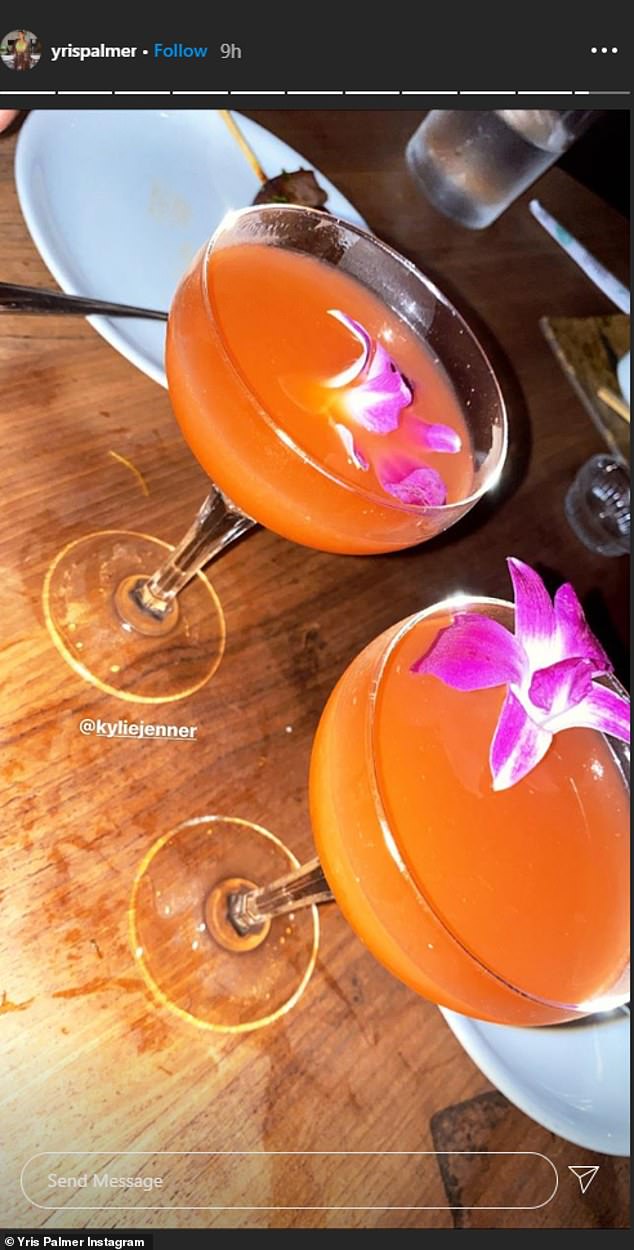 Girls gone wild: Kylie appeared to be out with pal Yris Palmer who posted this picture of two cocktails at LA hot spot Catch, tagging Kylie in the shot

Kylie has rarely been seen wearing a protective face mask, as she has enjoyed a number of nights out in Los Angeles, giving herself a break from quarantining at home with her baby Stormi.

The reality star and her sister Kendall Jenner have been keeping busy during lockdown, as they recently teased that they have been working on a new makeup collection together.

The siblings have given fans an insight into their new line of products, which are due to drop on KylieCosmetics.com on June 26. 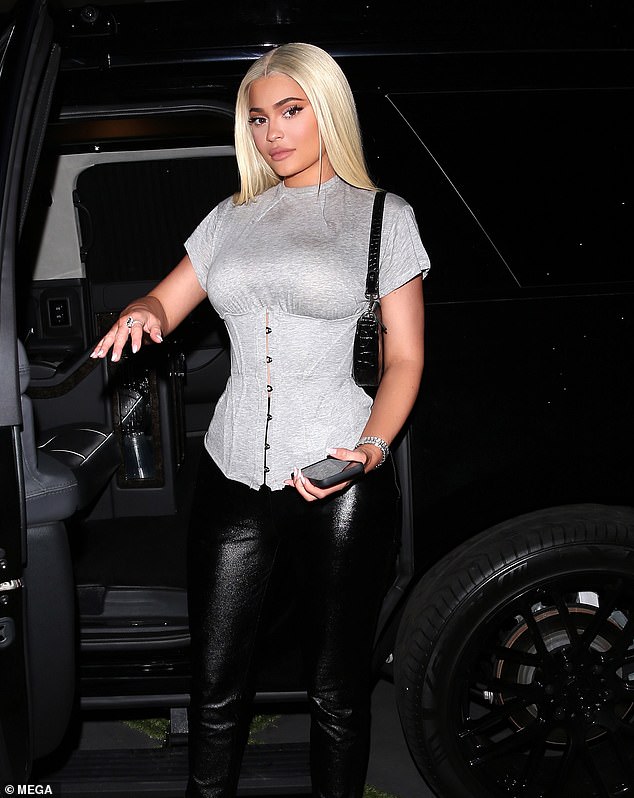 Poised: The reality star struck a very stiff pose as she stood out of her vehicle 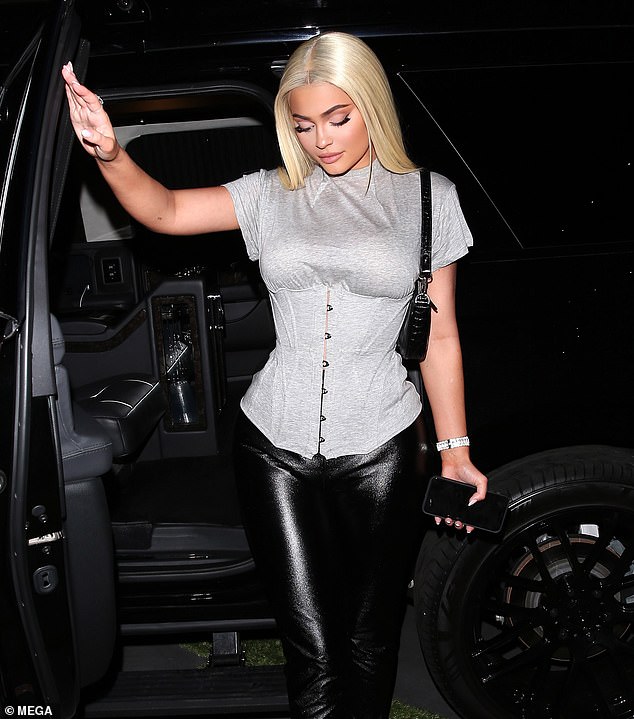 Revealing: Kylie has gone back to blonde after having brunette hair for the past year

Taking to Instagram recently , she captioned the post: ‘wow wow wow … can’t believe i’m finally announcing my next collection for @kyliecosmetics … and it’s with my SOULMATE @kendalljenner!’

And Kylie later admitted her sister and her ‘disagreed’ over the shades of one of the eye shadow palettes, but it has since become her favourite.

In another post, she added: ‘in love with the #kendallxkylie collection palette launching in just 5 days … it was so fun creating this with you @kendalljenner! we disagreed on how many mattes they’re are lol i had to fight for those 3 shimmers.’

Kendall also shared the exciting news on her social media accounts, revealing some of the proceeds would be going to support an organisation that works with black trans people.

She wrote: ‘finally! KENDALL X KYLIE @kyliecosmetics collaboration launching 6.26 … A portion of all sales from the collection will be donated to an organisation that protects and defends the rights and voices of black trans people… more information to come. (sic)’

The KendallXKylie collection debuts on June 26.