Kylie Jenner talked about ‘how rich she is’ over dinner at the Met Gala, says Jennifer Lopez’s fiance Alex Rodriguez during candid interview

Alex Rodriguez likes to keep talking points to baseball, his new career as a sports commentator, his two daughters and his fiancee Jennifer Lopez.

But on Tuesday the former New York Yankees player made the unusual move to gossip about another star. And it wasn’t just any star, but his future wife’s good friend Kylie Jenner.

The athlete told Sports Illustrated during his cover interview that at the dinner for the Met Gala in May the 20-year-old Kylie Cosmetics founder talked about ‘Instagram and her lipstick, and how rich she is.’ 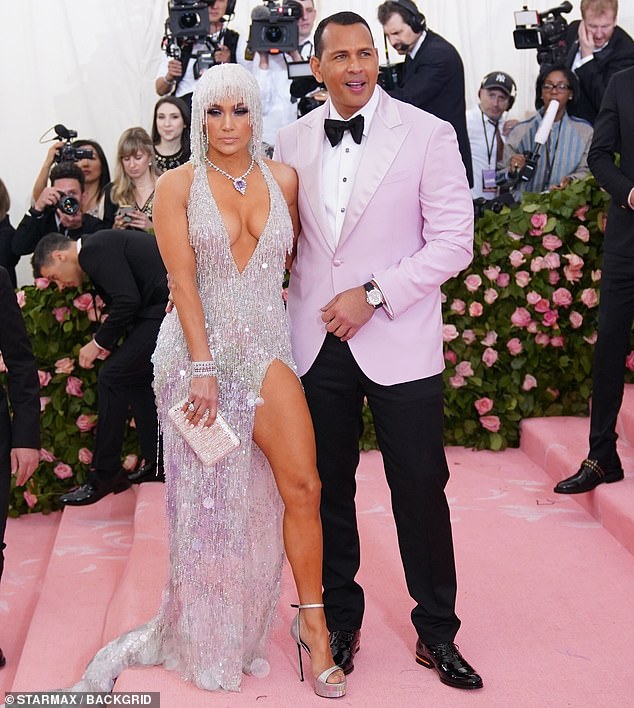 Uh-oh: Jennifer Lopez’s fiance Alex Rodriguez likes to keep talking points to baseball, his new career as a sports broadcaster, his two daughters and his fiancee Jennifer Lopez. But on Tuesday he made the unusual move to gossip about another star; seen with Jennifer at the Met Gala in May 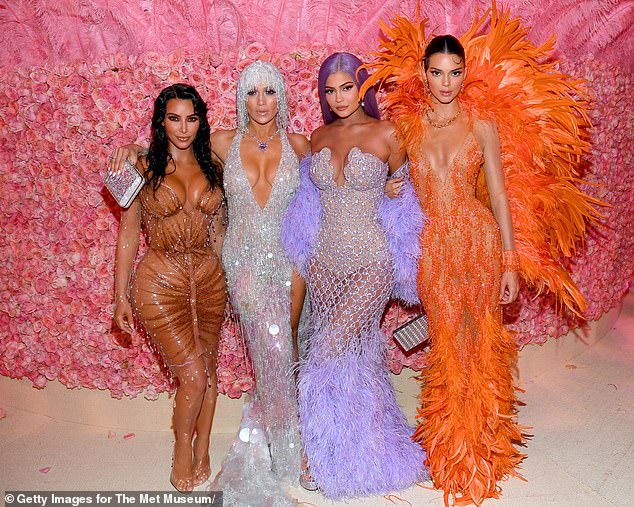 No he didn’t! The athlete dished to Sports Illustrated about what Kylie Jenner talked about at the Met Gala dinner. From left, Kim Kardashian, Jennifer, Kylie and Kendall

The dishy quote was at the end of a long description of who was at his celeb-packed table.

‘We had a great table,’ Alex began during his sit down with SI.

‘The black guy from The Wire—Idris Elba, yeah, and his new wife. Some famous singer next to me, I don’t know what her name is. Versace—Donatella. We had Kylie and Kendall. And we had an Asian gentleman from Rich Asians, the lead. Kylie was talking about Instagram and her lipstick, and how rich she is.’

Kylie was at the same table as Jennifer and Alex not just because they are friends, but also because both women were dressed by Versace. 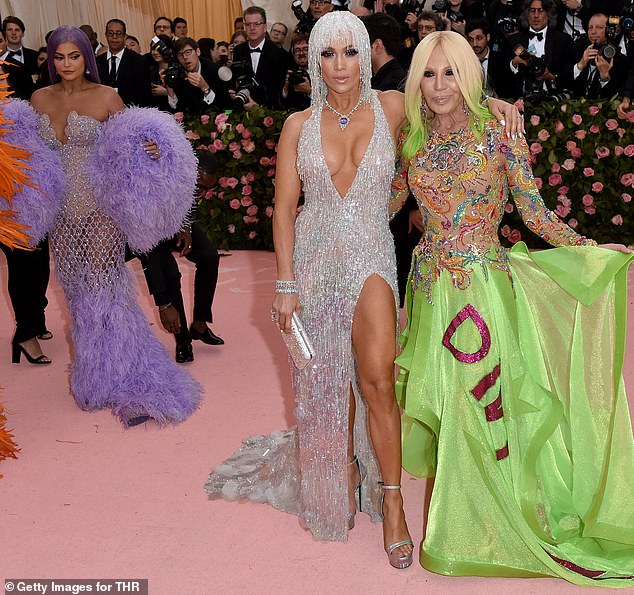 Looking hard: And at the Gala, held in May at the Metropolitan Museum Of Art, Kylie memorably was glancing at Jennifer’s famous bottom

Jenner has been the talk of the celebrity world ever since she became the youngest person to become a billionaire thanks to Kylie Cosmetics.

So it’s no wonder that she was – if A-Rod is right – boasting about her money.

But Jenner often tries to downplay her success, making it seem more like hard work married with luck.

Lopez has a habit of not dishing on other celebrities after she was criticized for trashing Cameron Diaz and Gwyneth Paltrow in a Movieline cover story in 1998 so it will be interesting to see if she comments on Alex’s faux pas.

At the Met Gala all seemed fine with Alex and Jennifer and the Keeping Up With The Kardashians stars. 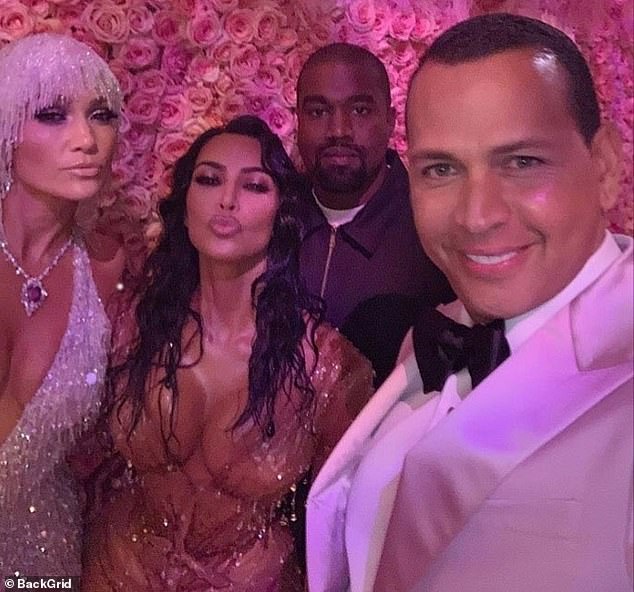 Jennifer posed with Kylie and her half sister Kim Kardashian as well as Kendall.

And Jennifer and Alex took a selfie with Kim and Kanye proving they were as chummy as ever.

The 2019 Met Gala is also where Kylie was caught checking out J-Lo’s bottom.

Kylie and Alex seem to go back a bit. They were also photographed together at the 2018 Met Gala along with Kim Kardashian and Lopez.

The magazine also talked to Jennifer, who described her first meeting with Alex: ‘We shook hands, and it was this weird electricity for, like, three seconds,’ she said. 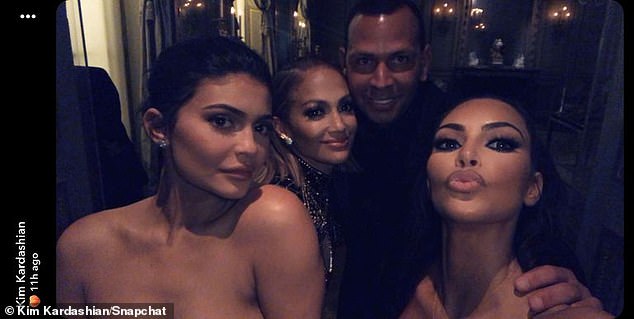 Good one year ago: Kylie and Alex seem to go back a bit. They were also photographed together at the 2018 Met Gala along with Kim Kardashian and Lopez 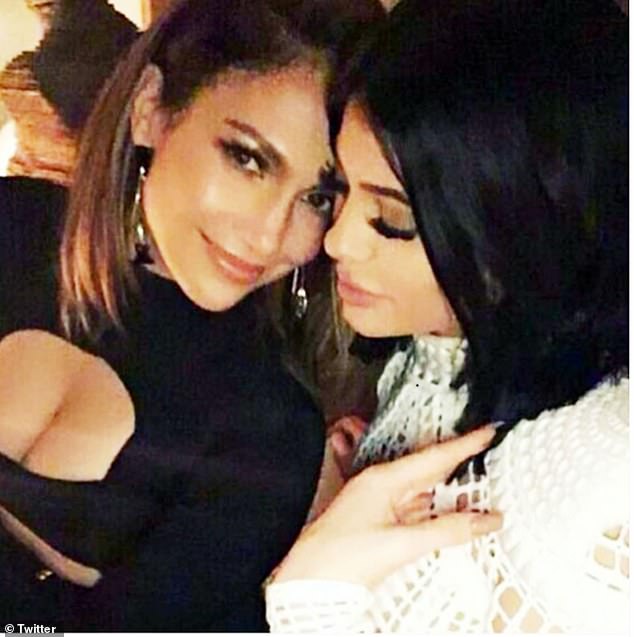 But they are buddies! Jennifer cuddled with Kylie at an earlier party, proving they are on good terms 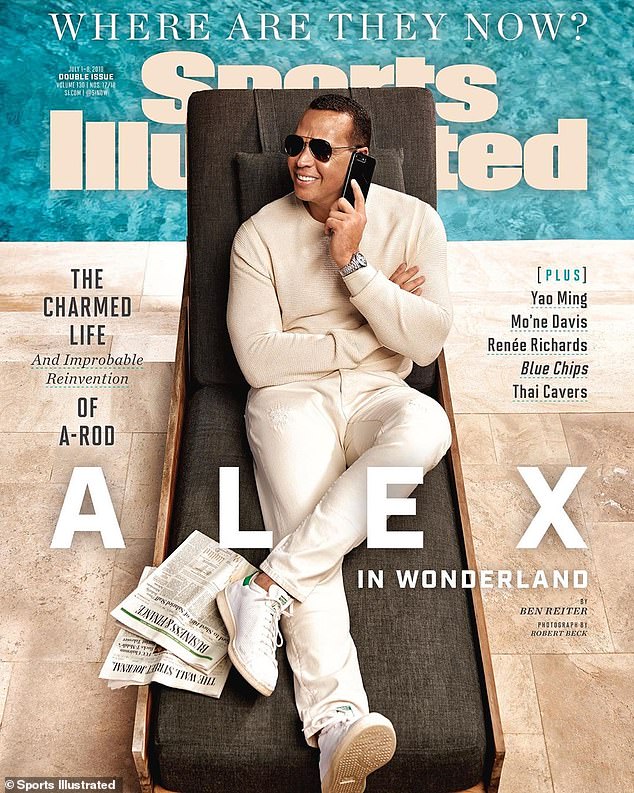 Sitting pretty… for now: Alex took the latest cover of Sports Illustrated to talk about his comeback

‘Three to five seconds of looking at somebody right in their eyes, and getting stuck.’

The World Of Dance star also said that they balance each other out because she is more creative and he is more numbers.

‘I’ve been in the public eye, I’ve navigated the media in a certain way, I’m creative and artistic and have all these skill sets,’ she offered. 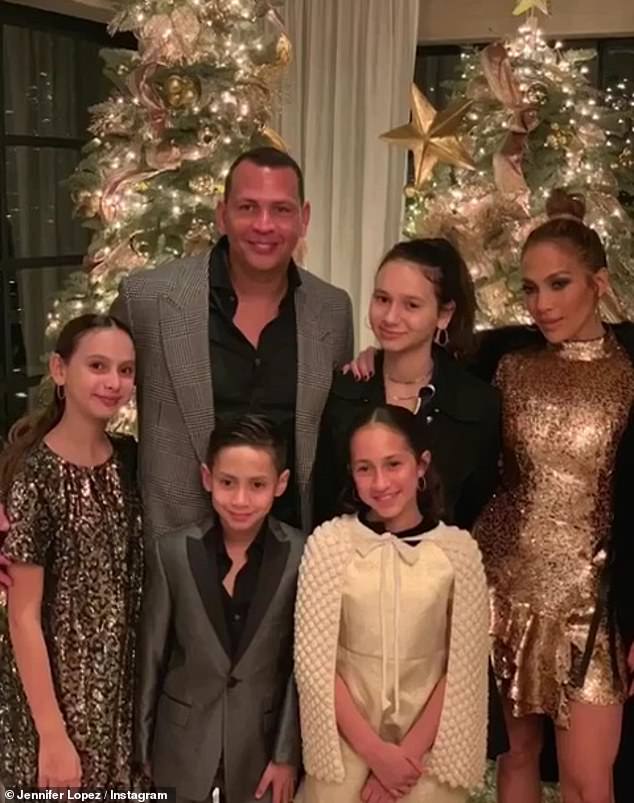 Family life: Alex and Jennifer each have two children from previous partners

‘He’s a business-minded guy who knows math and numbers and money and equity and all that stuff-like, EBITDA [Earnings before interest, tax, depreciation and amortization], right? What I was missing, he kind of had. And what he was missing, I had.’

Alex also addressed his fall from grace when he was suspended from baseball in 2014.

‘I fell from the Empire State Building. Nobody pushed me. I f***ing  jumped. No parachute. I have no one to blame for myself. But what’s changed is, I got my a** humbled. I paid a deep penalty. I’ve learned lessons. And I’m different.’