Kylie Jenner gives a look at her lavish shoe closet after going on shopping sprees at Gucci and Balenciaga: ‘I have a problem’

She’s the world’s youngest billionaire. And she seems to have no problem spending the money.

On Thursday, Kylie Jenner, 22, gave an inside look of her shoe closet that some could only dream of.

The beauty mogul shared to her Instagram account some purchases from her recent shopping spree and then gave a glimpse of the closet in which her new shoes will live. 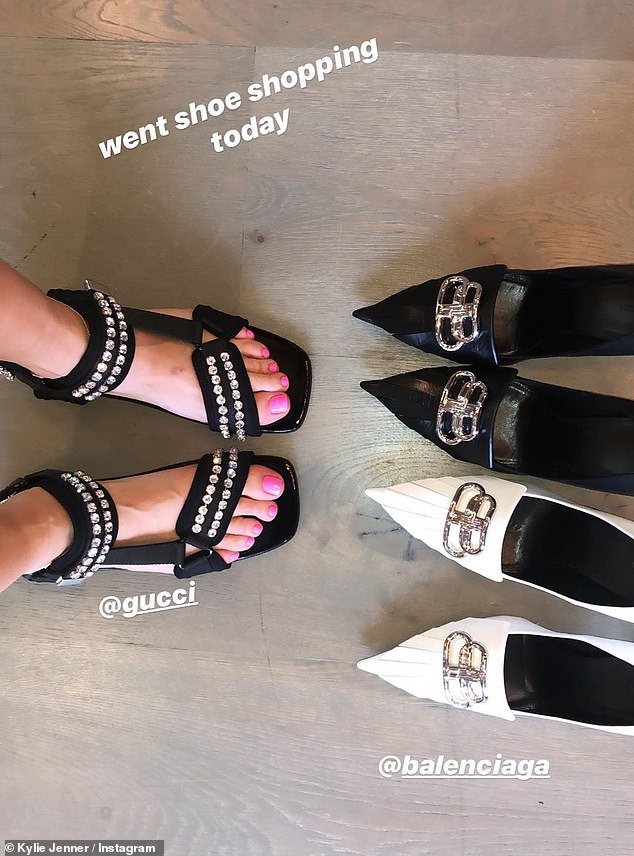 Big spender: Kylie Jenner gave an inside look of her shoe closet that some could only dream of. In a series of Instagram stories, Jenner showed her lavish shoe collection on Thursday

In the photo not one, but two pairs of Balenciaga pointed-toe pumps in black and in white sat on the floor of her closet, which retail for $995 each.

Next up, she put on a pair of red Balenciaga heels that had a long ribbon strap. She showed off her new addition while sporting a gold chain ankle bracelet.

Her last purchase, a pair of Bottega Veneta leather flats that go for a cool $690. 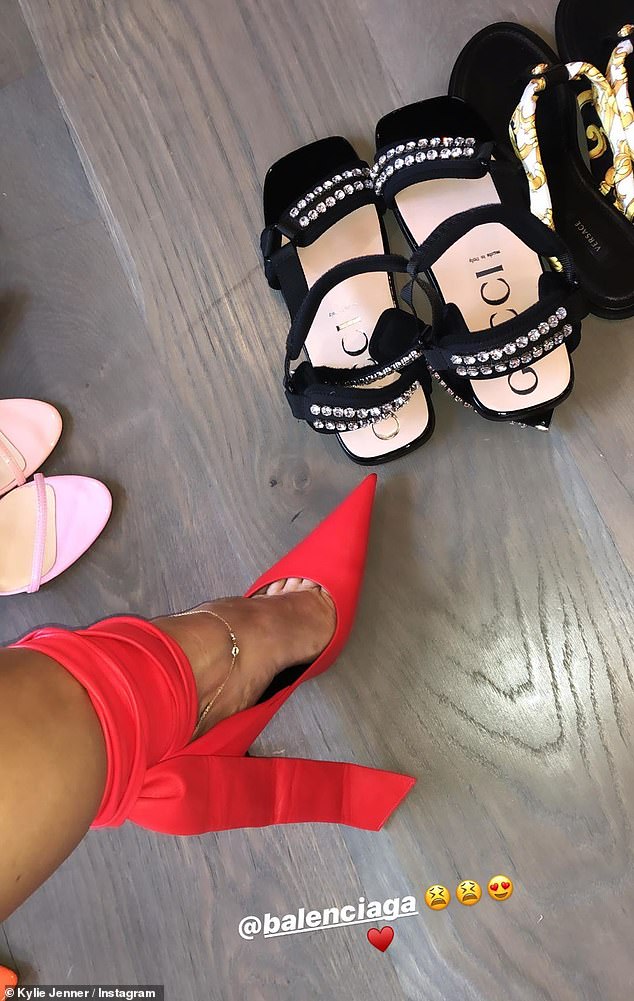 Bright red! Kylie showed a fancy Balenciaga high heel that had a ribbon that tied around the ankle 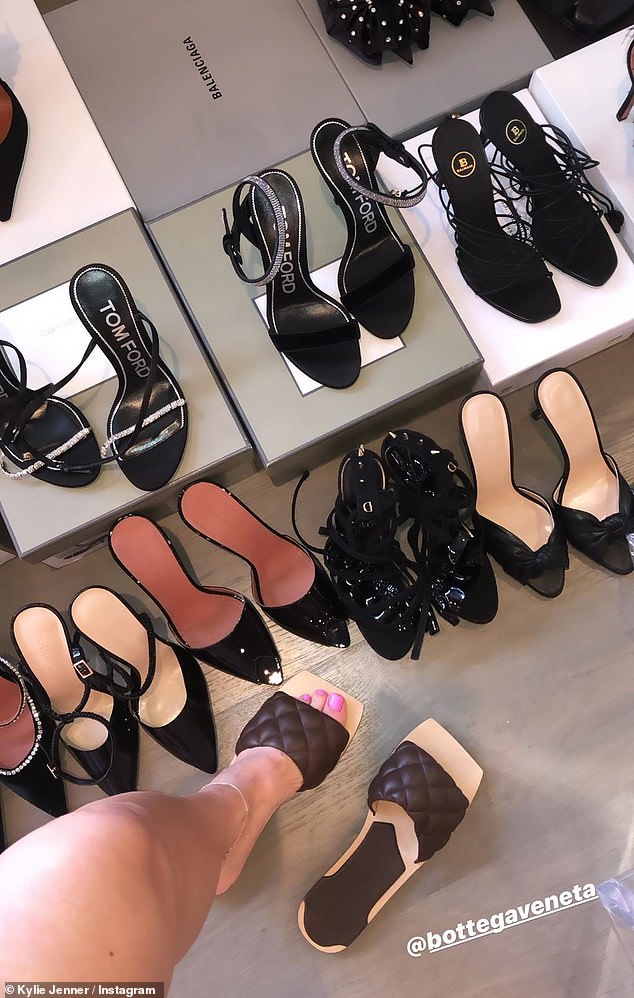 Last but not least: She modeled her last purchase, a pair of Bottega Veneta leather flats that go for a cool $690

Once she was done with her fashion show, she shared a photo of her massive shoe collection with heels on shelves, and even lined up on the floor according to color.

‘I have a problem??’ she wrote in the photo full of designer heels.

But, this isn’t the only closet that the reality star has in her Hidden Hills home. 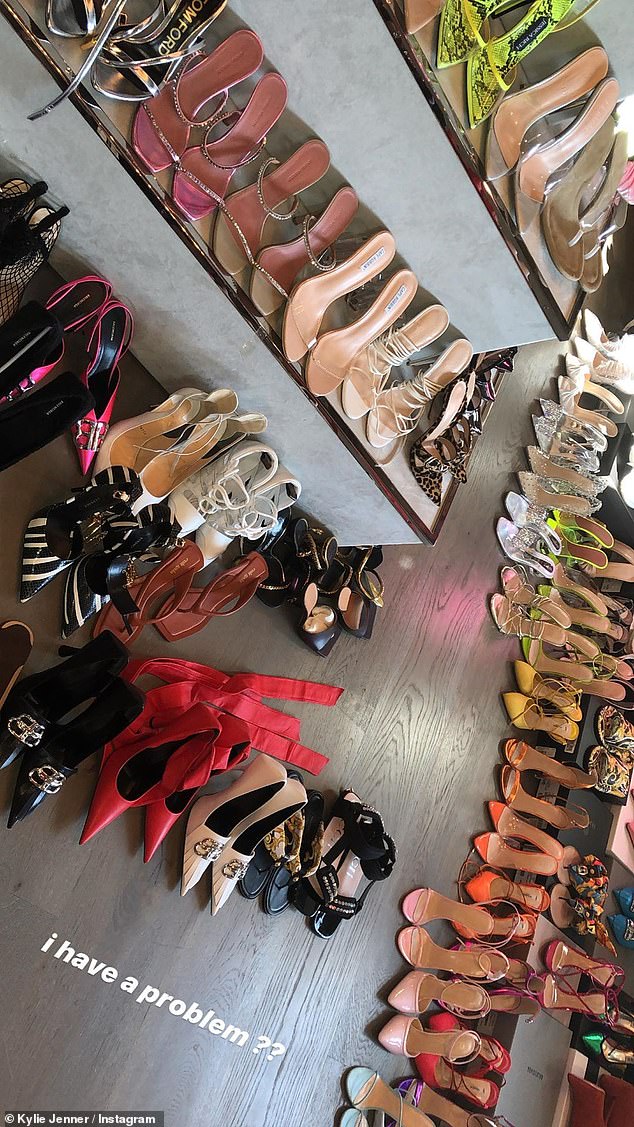 Large collection: The reality star’s shoe collection consists of endless amounts of high heels that all appear to be color coded

According to People, ‘There is a huge closet for her regular everyday clothes. Then she has a workout closet which is strictly for workout clothes. And then obviously there is a purse closet that is dedicated to her collection of incredible bags,’ her interior designer Martyn Lawrence-Bullard revealed.

‘And she also has a fitting room, where the stylists come and bring collections for Kylie to try on and to create outfits,’ he added.

The interior designed also said that the mother-of-one to her daughter Stormi has ‘at least 400 designer purses’ but ‘lots of them are collectors items. She’s bought some as investments and they’re treated like works of art.’ 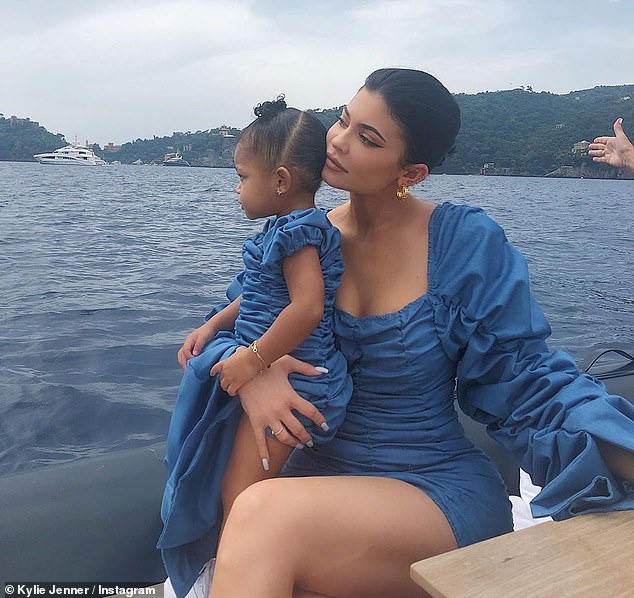 Birthday girl: Kylie recently celebrated her 22nd birthday in Italy. The family brought along her daughter Stormi. The two sported matched outfits while out on a boat with her father and Stormi’s dad, Travis Scott

Kylie reached her status at the end of last year after she signed an exclusive deal with Ulta leading to her famous lip kits to finally be sold in stores.

According to Forbes, between the Ulta deal and her non-stop success with Kylie Cosmetics the milestone wasn’t hard to reach.

‘I didn’t expect anything. I did not foresee the future,’ the billionaire told the site. ‘But [the recognition] feels really good. That’s a nice pat on the back.’ 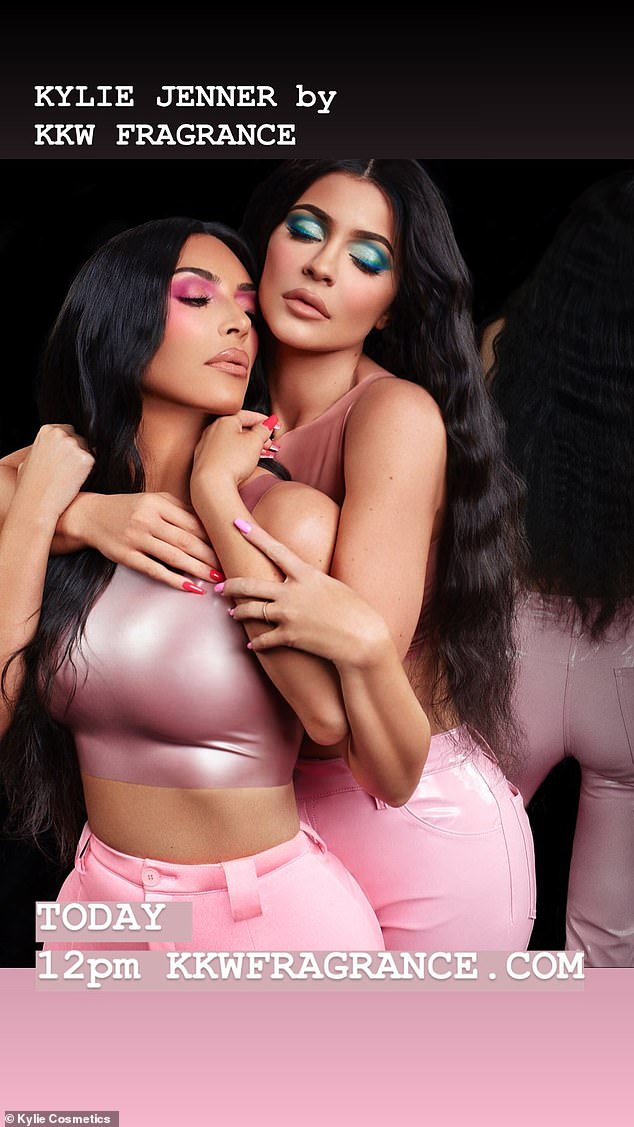 More money for them: On Friday Kylie and Kim dropped their joint perfume