Kristin Cavallari lays out the stark differences in raising her daughter and two sons: ‘It’s harder to raise girls because girls are drama’

For the most part, Kristin Cavallari has been keeping her three children, whom she shares with estranged husband and former NFL quarterback Jay Cutler, off of social media.

But just this week she’s opened up about the differences in raising girls and boys — from her experiences as a mom.

‘It’s harder to raise girls because girls are drama,’ the reality star, 34, confessed to Us Weekly on Tuesday, April 6, in a reference to her five-year-old daughter Saylor. 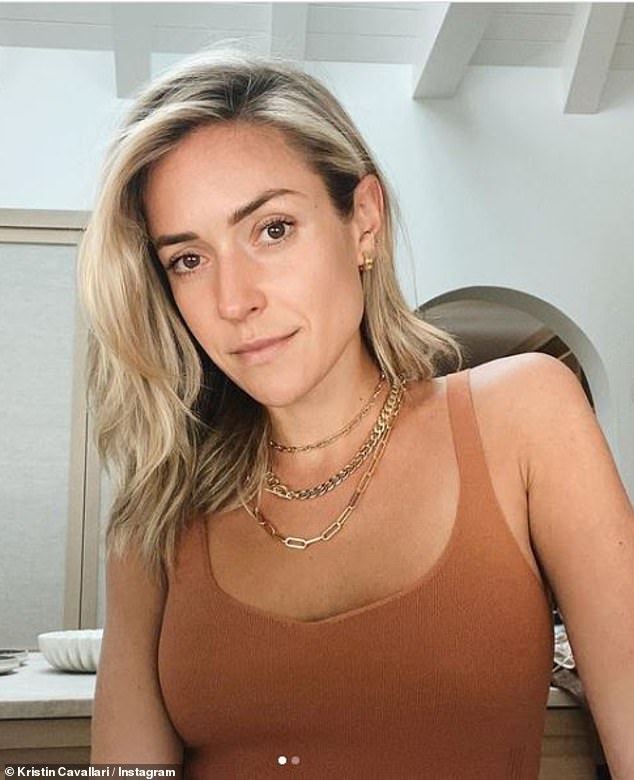 Mom experience: Kristin Cavallari, 34, opened up about raising her daughter compared to her two sons, in new interview with Us Weekly

The Very Cavallari alum laid out some of the challenges she’s been facing with her little girl, compared to her two sons: Camden, eight, and Jaxon, six.

‘It’s a lot of drama, and Saylor’s payback for me is she’s very tough,’ she admitted.

‘She’s set in her ways. She knows what she wants, and she’s not going to stop until she gets it.

The former Laguna Beach: The Real Orange County star went on to describe Saylor as ‘super girly’ but at the same time ‘really tough.’ 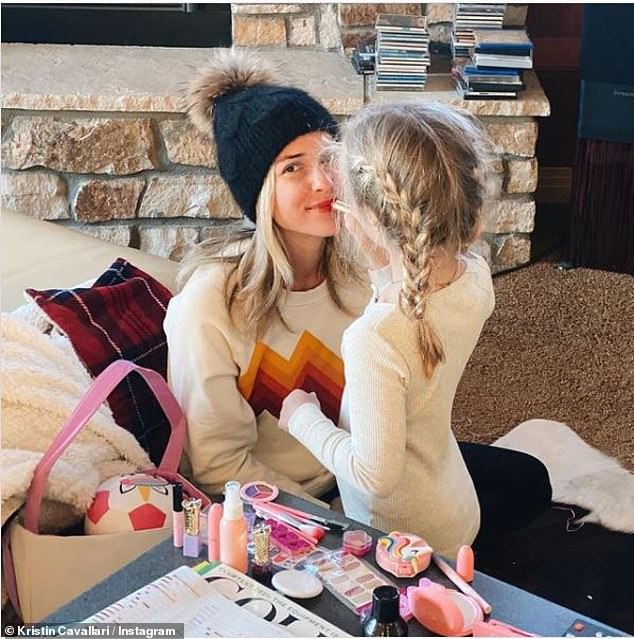 Girly time: In describing her experience raising her daughter, the reality star revealed: ‘It’s a lot of drama, and Saylor’s payback for me is she’s very tough’

The Colorado native also shared how they can now share in some common interests.

‘So she’s kind of, like, the best of both worlds. Like, she loves dresses and makeup actually. She’s normally not a huge dress girl, but this week she’s wearing dresses every day and it’s the cutest thing and it just melts my heart,’ she gushed with obvious pride.

‘She’s very into hair and makeup and nails right now,’ The Uncommon James founder revealed before adding, ‘I even got her a little pedicure [set]. It’s a little inflatable thing that you can put water in it. She loves doing all of that stuff, but I also really love baking with Saylor.’ Privacy: The Uncommon James founder has made a point of not showing the faces of her three children on social media; mother and daughter snuggled up for a photo on Thursday, April 8

Because Saylor’s in a different school than her boys, Cavallari makes a point to spend an hour each day after school devoted exclusively to her.

‘So we’ll take the dogs for a walk down the driveway. We’ll bake, we’ll do makeup and nails, you know, any of that kind of stuff.’

Cavallari’s bonding experience with her sons is a far different experience.

‘[I’m] having to learn how to play Xbox and how to play Madden. I played some basketball game last night. I don’t even know what it’s called,’ she explained.

‘My oldest, Camden, his love language is quality time. So I’m having to play these games with him, which is fine, you know? Or he also just actually likes basketball and throwing the football around and doing all that stuff.’ 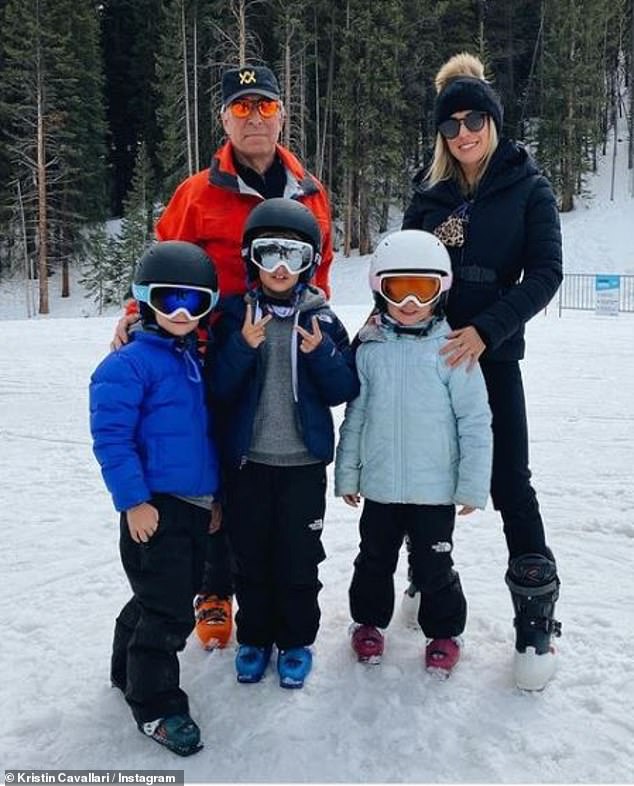 Differences: Cavallari confessed raising her two boys (left and center) is a far different experience than her daughter: She is pictured with her kids during a recent trip to Colorado

As for Jaxon, her middle child, Cavallari shared how ‘he’s still very much like a mama’s boy.’

In yet another difference she said ‘he’s still really sweet. He’s my arts and crafts kind of a guy. So I can easily make arts and crafts and do all that creative stuff with him, which is really fun.’

Cavallari and Cutler, a former star quarterback with the Chicago Bears, announced they were divorcing in April 2020, after nearly seven years of marriage and 10 years together.

She has been dating comedian Jeff Dye for more than five months, although there has been talk that they had split in early March, but that was before they were seen on a tropical getaway in Cabo San Lucas, Mexico at the end of the month. 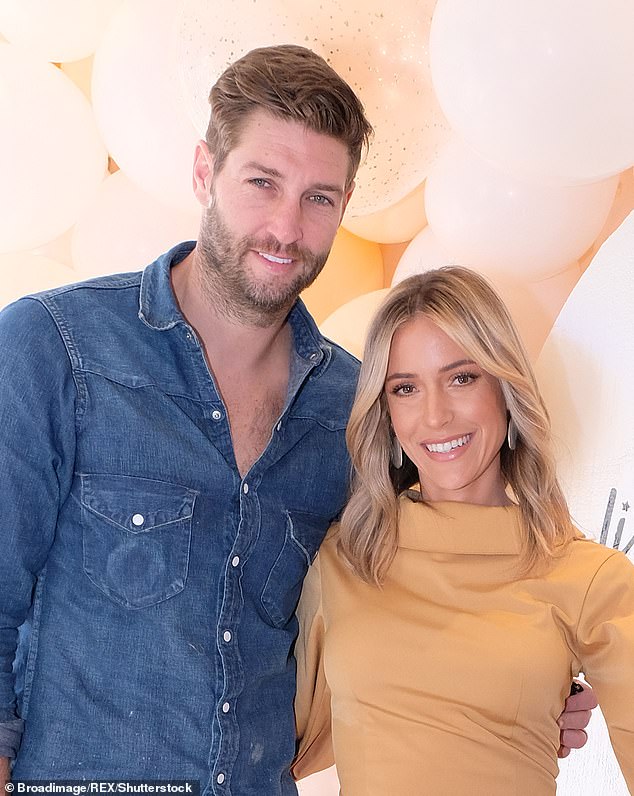 Co-parenting: Cavallari and estranged husband Jay Cutler announced their split in April 2020, after nearly seven years of marriage and 10 years together; they are pictured in March 2019