Kristen Stewart looks exactly like Princess Diana in new photos from the set of her upcoming movie, Spencer.

The 30-year-old actress is playing the iconic, late royal in the biopic, which is expected out sometime this fall, and the resemblance between the two women has proven to be truly remarkable.

In new photos from the movie’s set this week, Stewart was seen in character as Diana alongside two young actors who, according to People, appear to be playing Diana’s sons, Prince William and Prince Harry. In the photos, Stewart nails Diana’s distinct casual style in a pair of light-wash, high-waisted jeans, a tucked in t-shirt, oversized blazer, and a baseball cap. 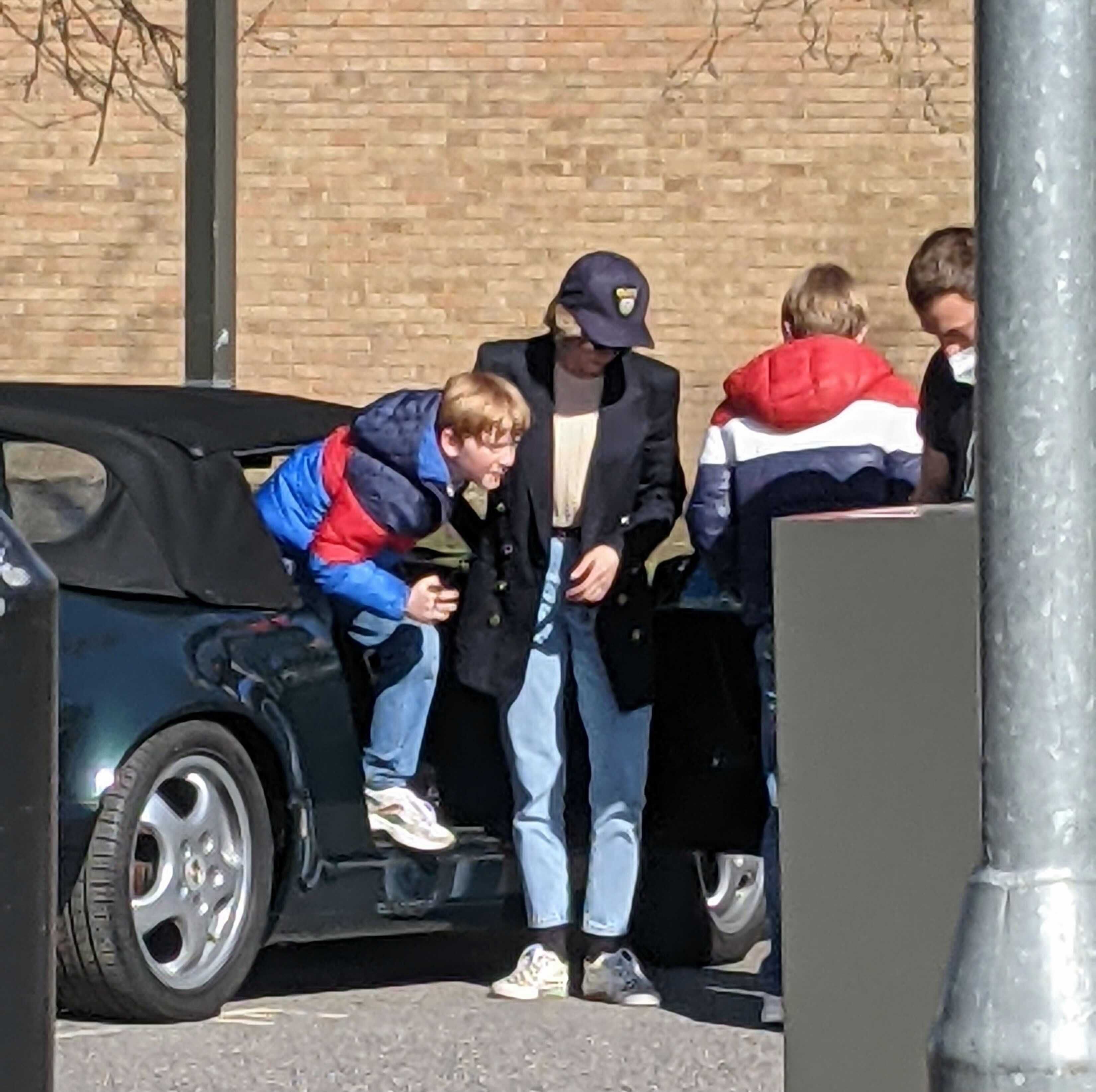 The movie takes place over a three-day period in December 1991, when, during a Christmas visit with the royal family at the Queen’s Sandringham Estate, Diana makes the difficult decision to leave Prince Charles.

“Spencer is a dive inside an emotional imagining of who Diana was at a pivotal turning point in her life,” Stewart said of the project, per People. “It is a physical assertion of the sum of her parts, which starts with her given name; Spencer. It is a harrowing effort for her to return to herself, as Diana strives to hold onto what the name Spencer means to her.”

Stewart has spoken several times since accepting the role about how seriously she’s taking her portrayal of Diana. The actress revealed to InStyle last fall that she was working with a dialect coach to perfect Diana’s accent and reading biographies to learn more about the royal.

“This is a really kind of poetic, really internalized imagining of maybe the heaviest three days’ time before she does something as gnarly as leaving the royal family,” Stewart told ET Online in November 2020. “I’m just sort of reading everything that I can and then forgetting it, because it’s kind of a really internalized story.”