‘I began a therapy journey’: Kourtney Kardashian reveals she got professional help five years ago that has made her more ‘sensitive’

Kourtney Kardashian was in a rough place after she split from longtime partner and father to her three kids, Scott Disick, in 2015.

That led the 42-year-old reality TV star to go on a ‘therapy journey’ in 2017 to work out her problems, she told the March 3 issue of Bustle magazine.

After dozens of sessions, the pinup quit her snarky comeback comments that she had become famous for and instead started expressing her true feelings which made her feel more ‘sensitive.’ 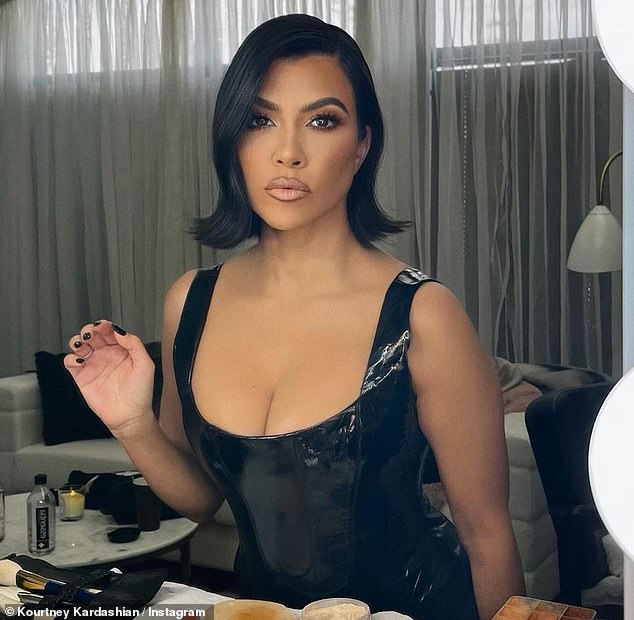 Talk it out: Kourtney Kardashian was in a rough place after she split from longtime partner and father to her three kids, Scott Disick in 2015. That led the 42-year-old reality TV star to go on a ‘therapy journey’ in 2017; seen in February 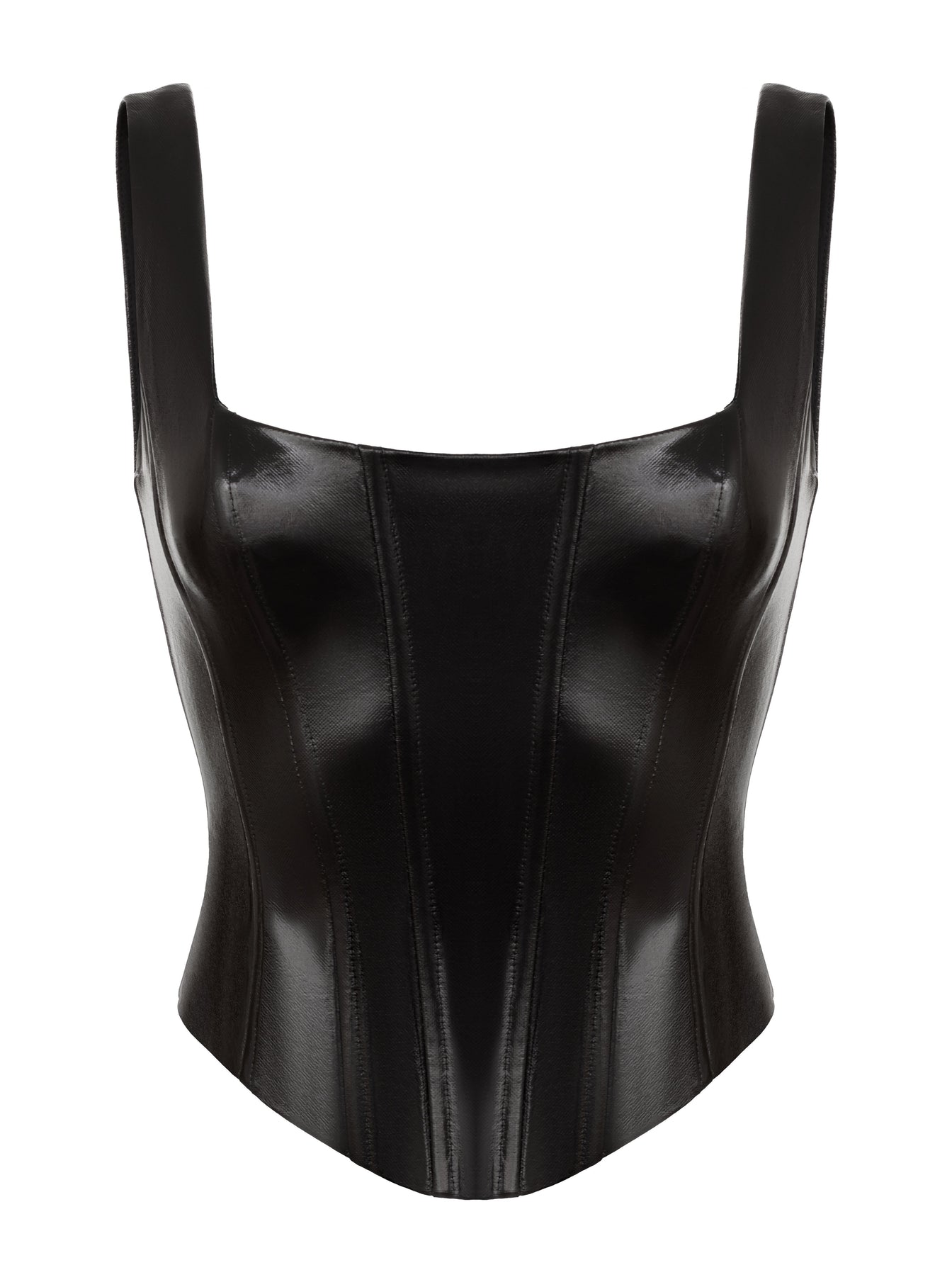 ‘I just have feelings; like, an abundance of them. I would just start crying all the time,’ said the brunette beauty who is now engaged to rocker Travis Barker.

But having those tough times were a lesson to her: ‘I see the growth that comes from those unhappy places which make it all worth it. I’m like, “If we didn’t go through these roller coasters, you wouldn’t get to the good part.”‘ 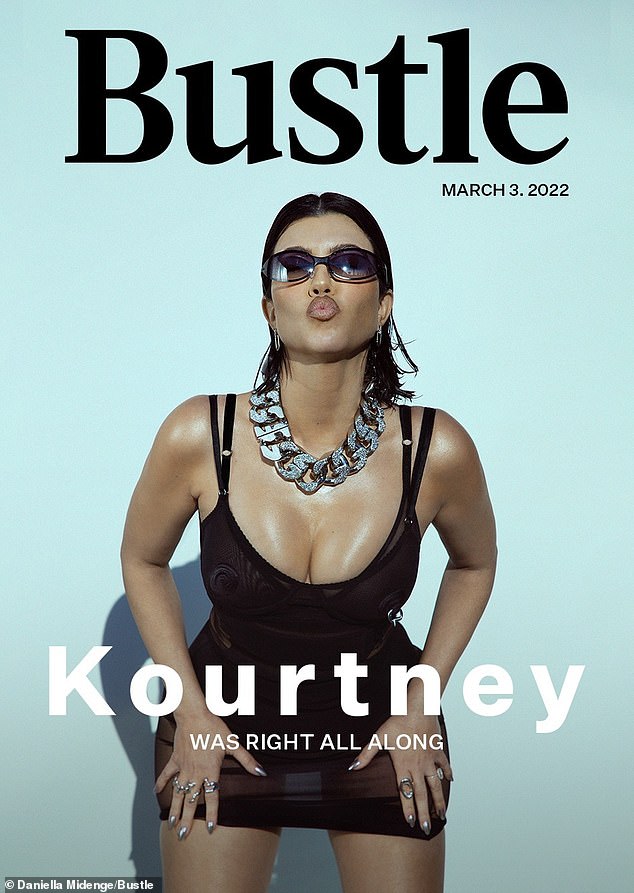 The big interview: The TV star shared her feelings with Bustle magazine as she wore sexy black dresses and bulky jewelry

In 2020 she told Health magazine that therapy helped her to cope with anxiety.

‘Once a week I go to a double session,’ she told Health. ‘I look forward to it every week! Having that awareness, I find that I can almost catch things before they become a bigger deal.’

And she has leaned back on what she learned while in session.

‘When those harder moments do happen, I think, “What’s the lesson that I’m supposed to be learning?”‘ she continued. 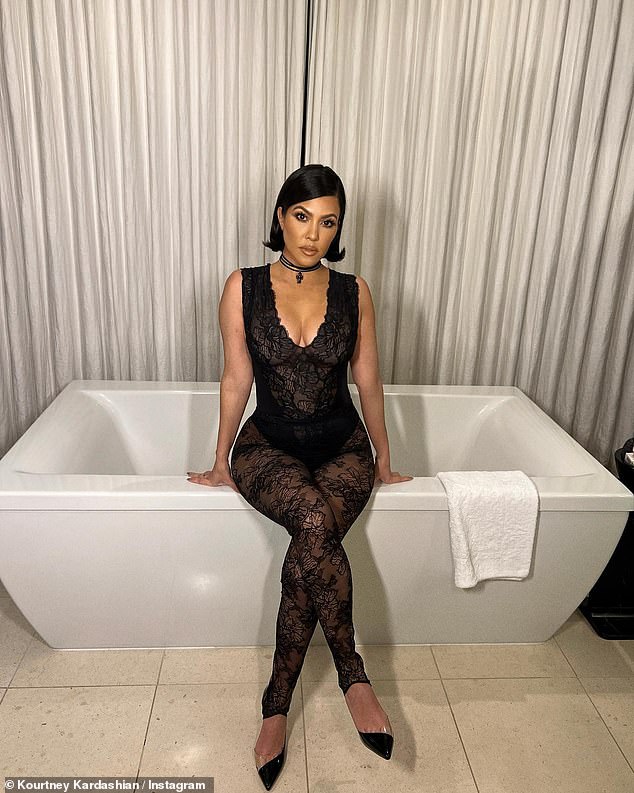 The real deal: That caused the pinup to quit her snarky comeback comments and instead express her true feelings which made her feel more ‘sensitive’

In addition to therapy, she thinks exercise and having faith is helpful to staying calm.

‘My workouts are key, too. And I go to church once a week, if I can. I go with friends, and we go to dinner afterward. I’m such a homebody; it’s important for me to force myself to do something social!’ she shared.

She also told Health that she was trying to put her energy into things that are ‘fulfilling and enjoyable.’

‘I’ve been taking less time with filming and, in general, with work,’ she added. ‘My sisters don’t like when I say “setting boundaries,” but it’s more about a schedule. I try to make myself available to my kids to really be a mom. And I want to be in charge of my time and schedule in order to do the things that are bringing me happiness.’ 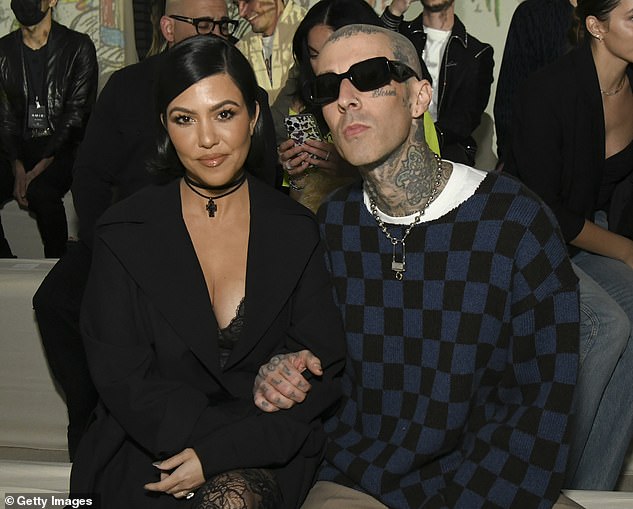 The man in her life: The looker is now engaged to longtime friend Travis Barker; seen in February in Los Angeles

The POOSH founder admitted to Bustle she struggled in the later seasons of Keeping Up with the Kardashians because while she was used to defending herself in rows with her siblings with pithy insults, the work she’d done on herself meant she no longer had anything ‘mean’ to say, and so her only response was to cry.

She said: ‘I was used to always being a b**** and having no feelings…

‘[Therapy] made me really sensitive. And normally I’d have a really good comeback [to insults], like, ‘Well, you’re covered in cellulite.’ But then I would be like, ‘I have nothing mean to say. I’m not a b**** anymore, and I just have feelings; like, an abundance of them.

‘I would just start crying all the time.’ 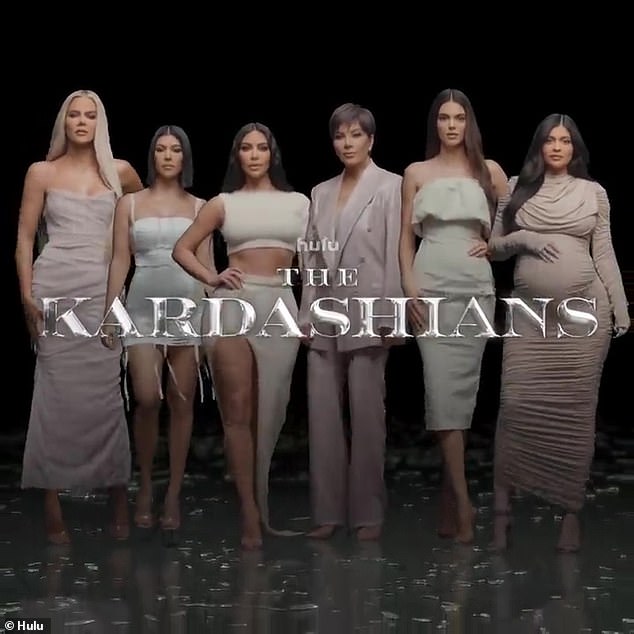 All good: Kourtney also said she was happier than ever with her career now that she has started the new Hulu show

Kourtney admitted working on the show became ‘toxic’ for her and she often felt like she was playing a character.

She told Bustle magazine: ‘Shooting our show, it became a really toxic environment at the end for me.

‘I would fight with my sisters. There was, like, just a lot going on. And even for me personally, I wasn’t in the happiest place.

‘I felt like I was being almost a character. ‘This is Kourtney, and she’s in a bad mood, so even though she was laughing really at lunch, we’re going to cut out the laughing and let’s only use the annoying comment that she said.’ ‘

Kourtney – who has children Mason, 12, Penelope, nine, and Reign, seven, with former partner Scott Disick – had to give herself a ‘pep talk’ before filming every day. 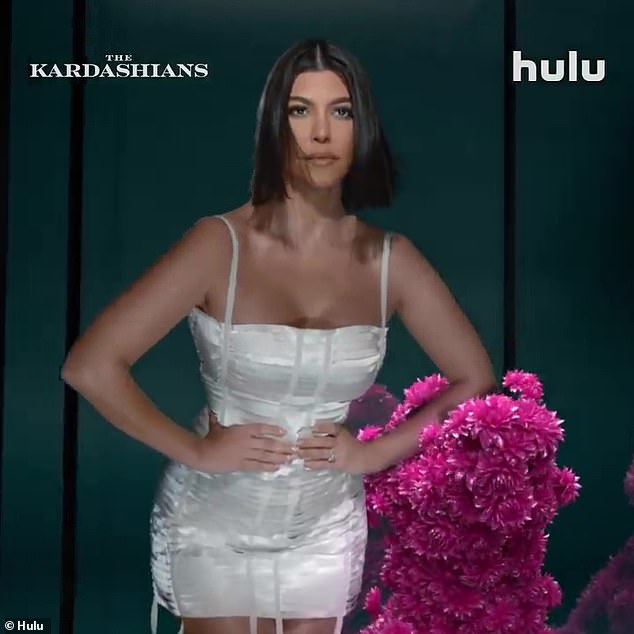 Safe place: She said: ‘Workwise, I’m happier than I’ve ever been… ‘Having the break shifted the mindset with my sisters. When you’re doing that [show] every single day, you don’t have the space to take a break and be like, “Wait, we actually love each other”‘

She said: ‘I would give myself a pep talk before walking in, “Like, say we were shooting at Khloé’s house.” I’d be like, “It’s going to be a good day. Let’s have a good mood. Let’s put a smile on our face.”‘

However, the break between their E! show ending and filming starting on Hulu’s The Kardashians, has helped the siren resolve her issues with her family and Kourtney is happy to still be involved with the program.

She said: ‘Workwise, I’m happier than I’ve ever been…

‘Having the break shifted the mindset with my sisters. When you’re doing that [show] every single day, you don’t have the space to take a break and be like, “Wait, we actually love each other.”‘