Last night’s Emmy Awards ceremony was all about the Game of Thrones reunions. The cast gathered and mingled in their suits and gowns; BFFs Sophie Turner and Maisie Williams joined forces once again; and Lena Headey, Nikolaj Coster-Waldau, and Peter Dinklage proved that they’re much closer in real life than the Lannister siblings are on-screen.

But perhaps one of our favorite moments was between Kit Harington (Jon Snow) and Emilia Clarke (Daenerys Targaryen), who put on a pure, heartwarming display of friendship after the awards show. 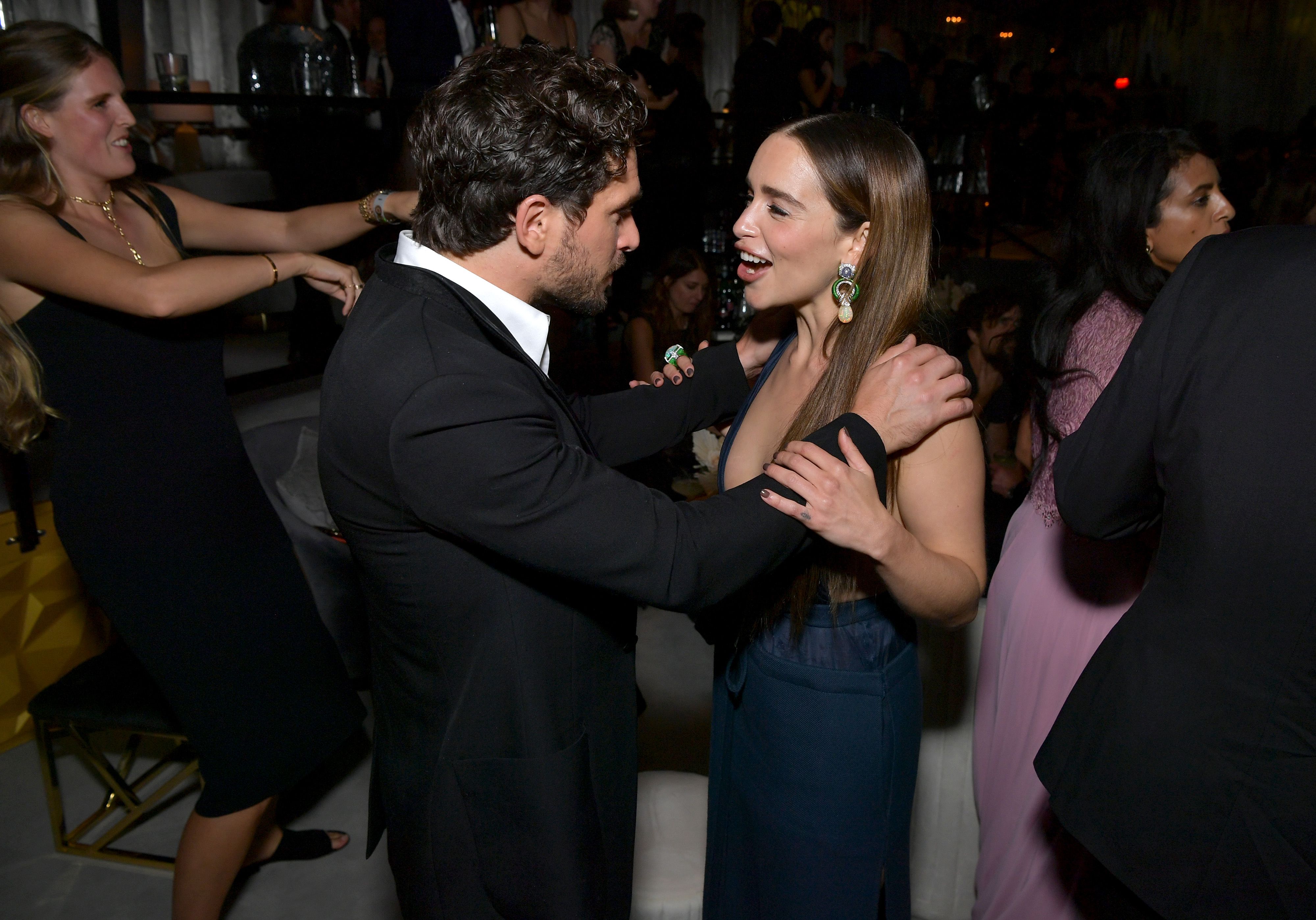 The two were seen embracing and chatting during HBO’s Emmys after-party, making us nostalgic for their scenes together. If only their characters’ stories on GoT had ended on a happier note. Viewers may recall that—spoiler alert!—in the finale, Jon killed Daenerys to stop her from conquering the world. It was a heartbreaking end to their love story, but at least in real life, Harington and Clarke remain close friends. 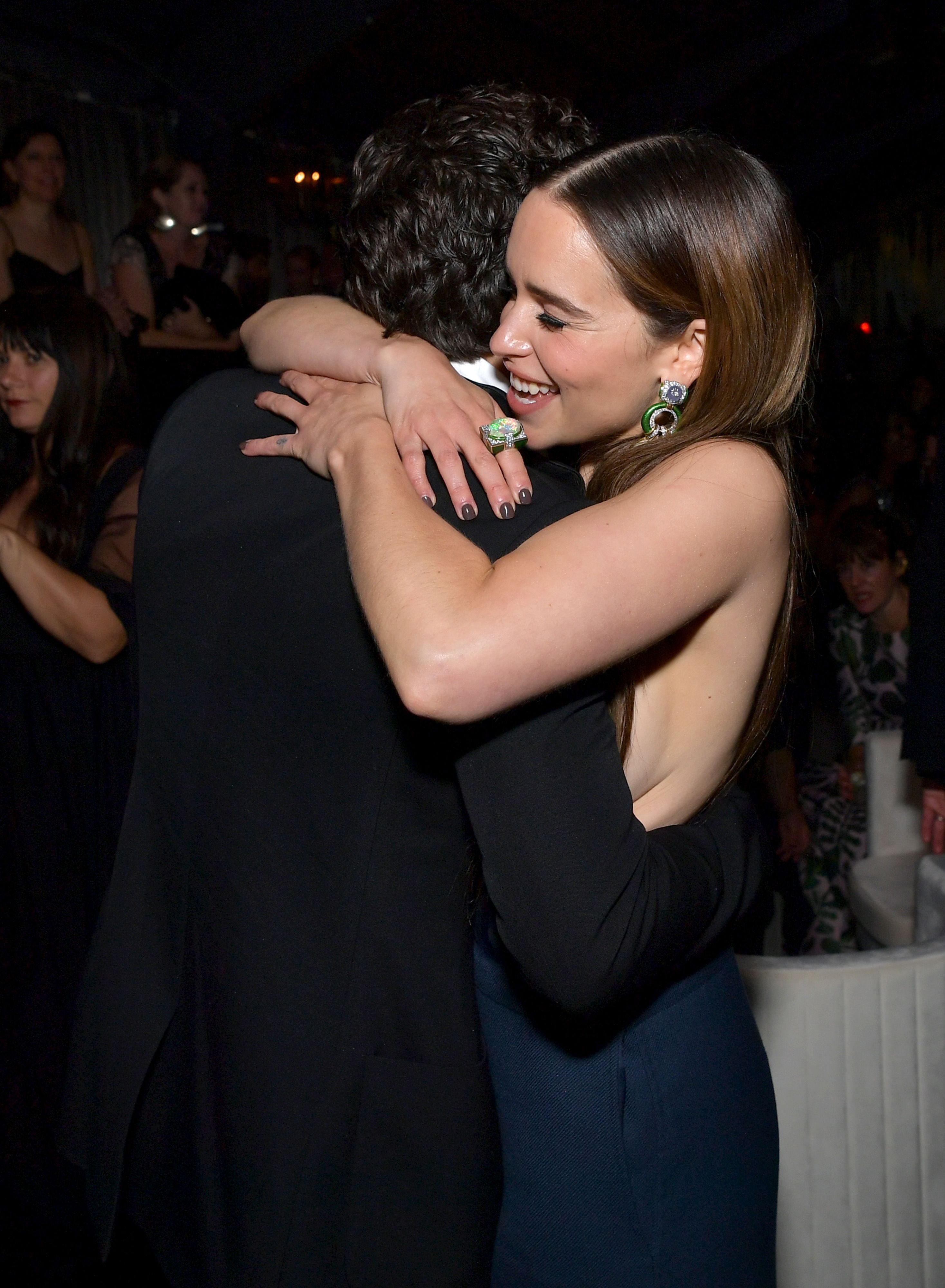 In an interview with Esquire in April, Harington said, “I think we’re good mates because we, maybe more than anyone else, know what the other one’s going through a bit.” Clarke is also good friends with the actor’s wife, Rose Leslie, a fellow GoT alum. The two even traveled to India together this summer. 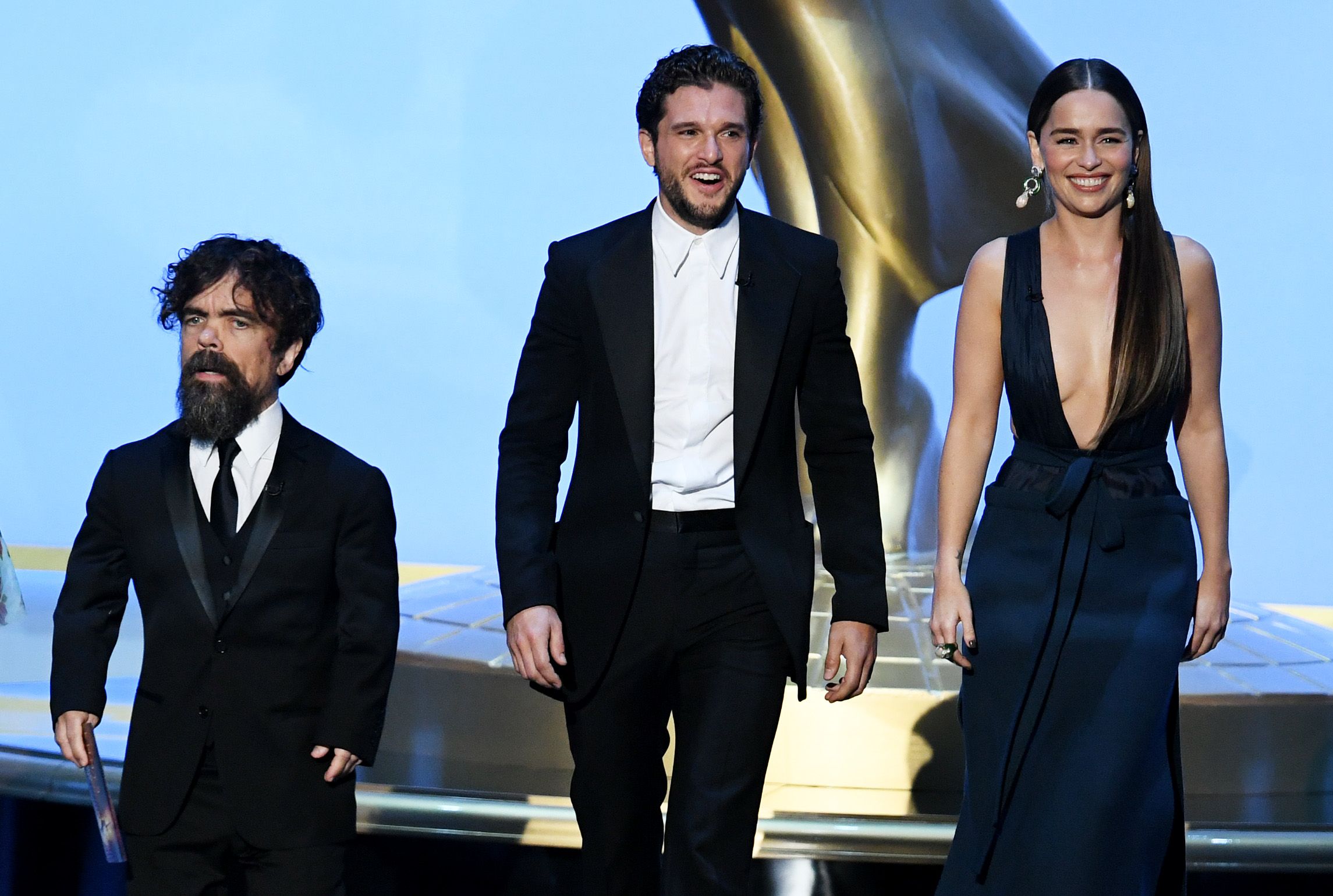 Harington had a similar exchange with Sophie Turner, a.k.a. Sansa Stark, earlier in the night. The two were captured embracing in the theater, and Turner was seen complimenting her costar and holding his face in her hands.