While modeling her latest Valentine’s Day collection, the 41-year-old reality star flaunted her gym-honed physique as she held up a black SKIMS heart over her head.  In the second image, she slipped out of her black lingerie into a hot pink bra and matching thong underwear as she posed with a silver balloon.

This post comes as her romance with Pete Davidson is heating up even though her estranged husband Kanye West has been criticizing them. 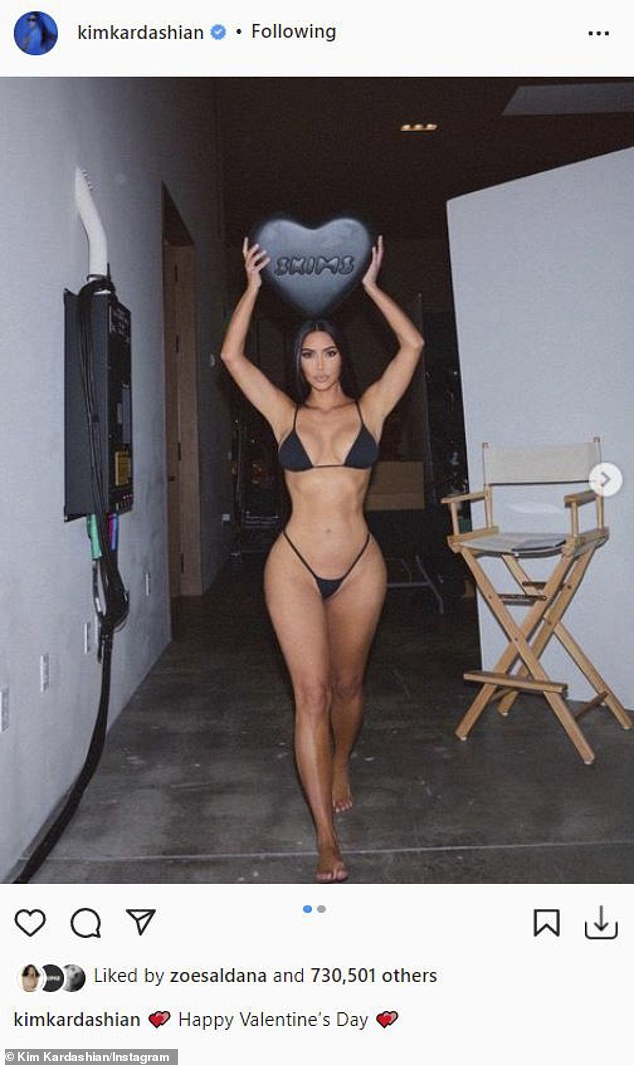 This marks her first Valentine’s Day since filing for divorce from estranged husband Kanye West on February 19, 2021.

In her new post, Kim kept the tone upbeat.

‘Happy Valentine’s Day,’ the KKW Beauty founder, who has been dating SNL star Pete Davidson since October, captioned her slideshow.

Earlier in the day, her rapper ex, 44, shared a Dailymail.com article showing Kim out with her boyfriend Davidson, with the star appearing to send a message with her choice of outfit. 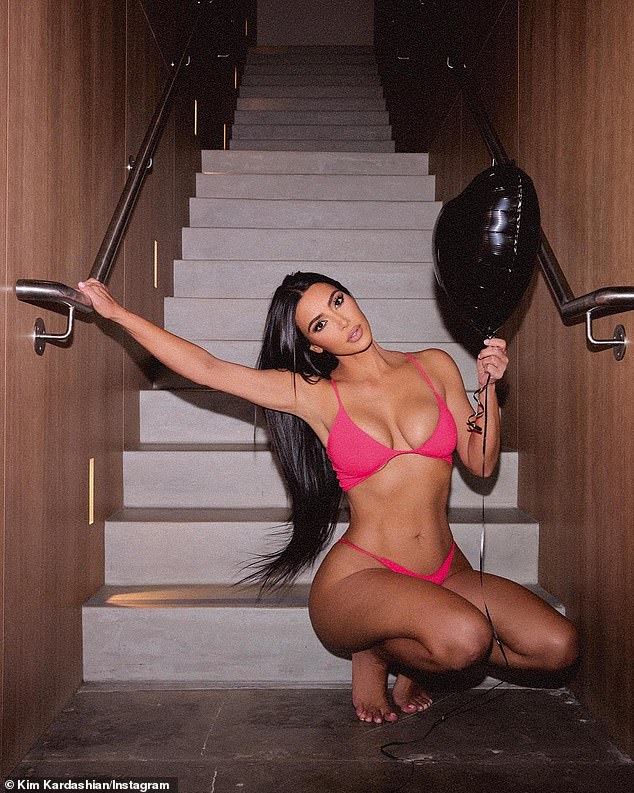 Working it! In the second image, she slipped out of her black lingerie into a hot pink bra and matching thong underwear as she posed with a silver balloon 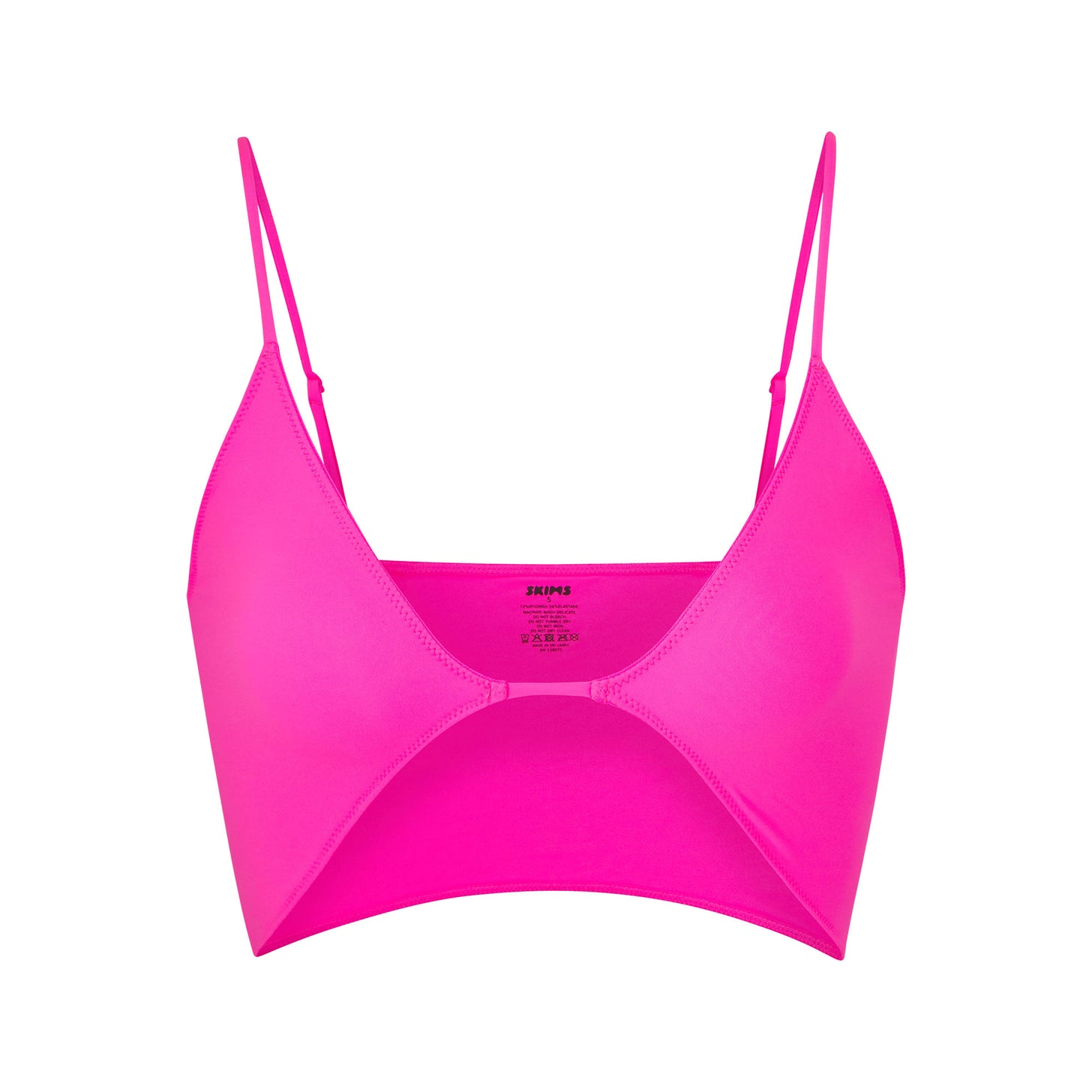 After news broke that he split from new girlfriend Julia Fox, the father-of-four: ”I DON’T HAVE BEEF WITH KIM I LOVE MY FAMILY SO STOP THAT NARRATIVE IM NOT GIVING UP ON MY FAMILY.’

Kanye went on to reveal that he had bought Kim the $23k Balenciaga coat she wore on the date night with Pete, spilling he gave his ex the coat before her Saturday Night Live hosting gig three months ago – the night she met Pete.

‘I BOUGHT THIS COAT FOR KIM BEFORE SNL I THOUGHT IT WAS PARTICULARLY SPECIAL I HAVE FAITH THAT WE‘LL BE BACK TOGETHER,’ Kanye wrote. 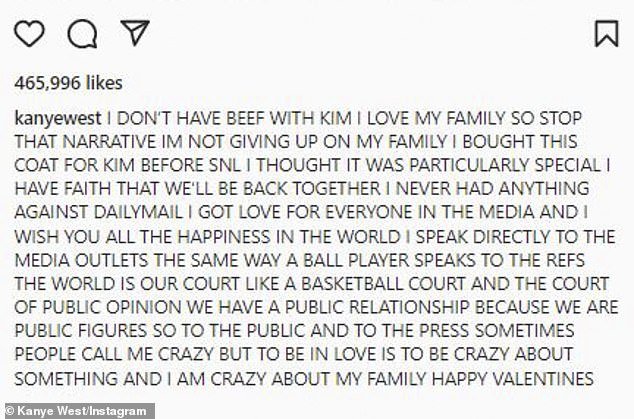 Gift: Kanye revealed that he had bought Kim the $23k Balenciaga coat she wore on her date night with Pete, spilling he gave his ex the coat before her SNL hosting gig in October, the night she met Pete

He continued in the Valentine’s Day post: ‘WE HAVE A PUBLIC RELATIONSHIP BECAUSE WE ARE PUBLIC FIGURES SO TO THE PUBLIC AND TO THE PRESS SOMETIMES PEOPLE CALL ME CRAZY BUT TO BE IN LOVE IS TO BE CRAZY ABOUT SOMETHING AND I AM CRAZY ABOUT MY FAMILY HAPPY VALENTINES.’

Kim’s decision to wear a coat gifted to her by her ex on her date night is telling, as is the fact she paired the grey glitter number with $1,700 metallic silver Balenciaga boots – the same boots she famously shared a photo of daughter North wearing back in 2016 and most likely another gift from Balenciaga superfan Kanye.

Minutes after his coat post, Kanye shared another, thanking fans for their comments about his relationship with Kim. ‘THANK YOU GUYS FOR YOUR SUPPORT OF MY FAMILY MY FAMILY MEANS MORE TO ME THAN ANY OTHER ACCOMPLISHMENT IN LIFE,’ he wrote. 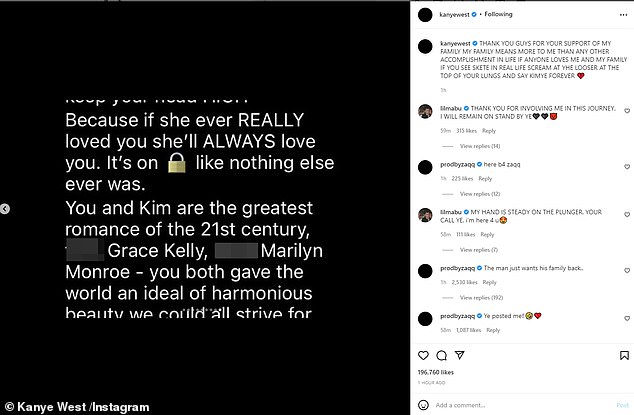 Icons: Minutes after his coat post, Kanye shared another, thanking fans for their comments about his relationship with Kim 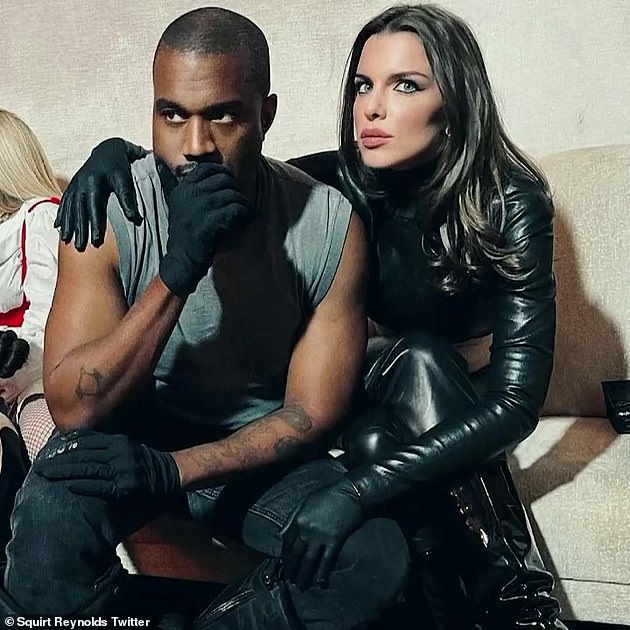 All over? The Uncut Gems star had ‘liked’ a post from Kanye’s ex wife Kim on Sunday, hinting their romance may have cooled off

He added of Kim’s new love: ‘IF ANYONE LOVES ME AND MY FAMILY IF YOU SEE SKETE IN REAL LIFE SCREAM AT YHE LOOSER AT THE TOP OF YOUR LUNGS AND SAY KIMYE FOREVER.’

Meanwhile, Fox was spotted tearfully jetting out of LAX airport alone after her social media activity implied her whirlwind romance with Kanye West is over.

The Uncut Gems star, 32, who attempted to hide her emotional state behind a mask during the outing, had ‘liked’ a post from Kanye’s ex wife Kim Kardashian on Sunday, after deleting all photos of the rapper from her own page.

The telling ‘like’ comes after Kanye shared a number of Instagram posts declaring ‘I wish my wife were with me’ and pining for his family to be reunited. 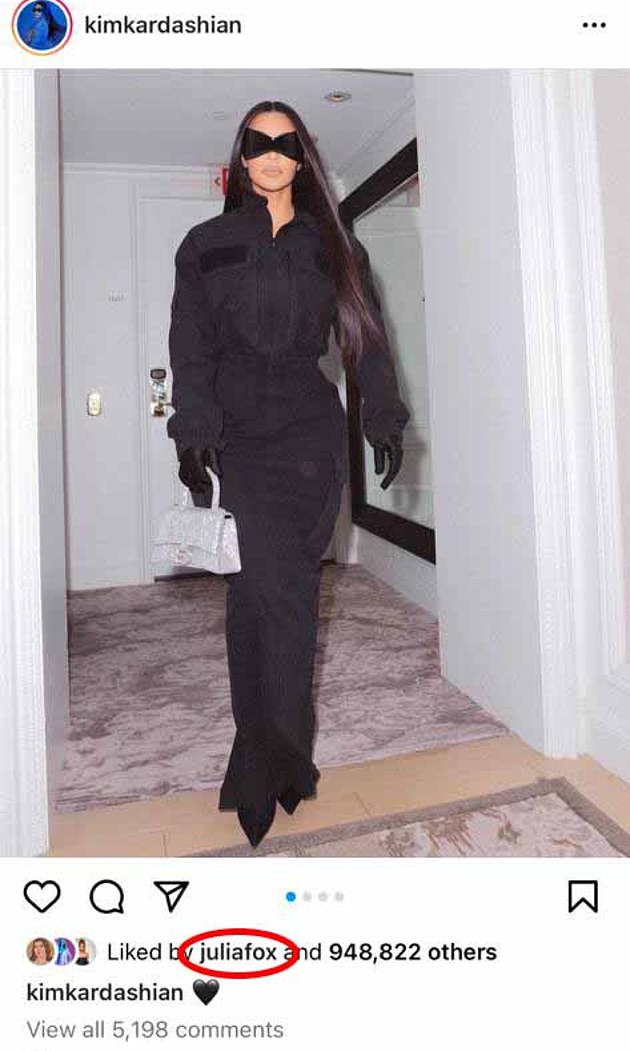 Sending a signal: Julia ‘liked’ a post from Kanye’s ex wife Kim Kardashian on Sunday, after deleting all photos of the rapper from her own page

Sources told E! News last week that Julia ‘doesn’t have the energy’ to put more into a relationship with the rapper.

‘Julia is a mom first and her family and work obligations are in New York,’ the source said of the actress. ‘Ye did express he wanted her in Los Angeles, but she couldn’t take that on.’

The insider also noted: ‘Although they remain close, their relationship has evolved.’

A second source told the gossip site: ‘When she’s not around, he reverts back to his old ways with social media outbursts and public antics.’

Message: Kanye shared a post on Sunday from the Super Bowl where he wrote: ‘I wish my wife was with me and our children sitting at the 50-yard line’ 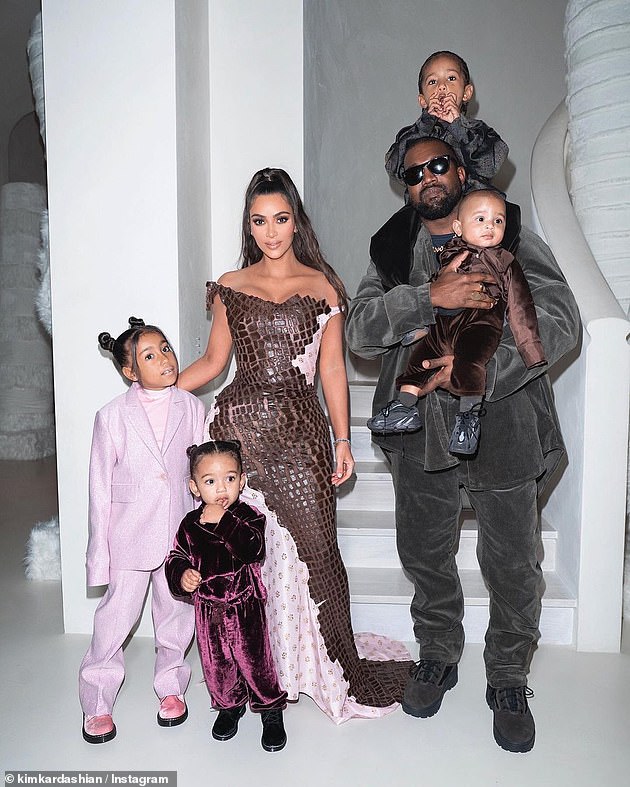 And while Julia has remained ‘unbothered’ by his recent pleas to estranged wife Kim to bring their family back together, she is ‘focusing on her friends and family right now, and does not have the energy to put into a relationship.’

Another insider told Page Six that Julia and Kanye are in ‘an open relationship’ as he’s been seen dating other women, most recently Chaney Jones.

‘Their bond transcends typical norms because they’re evolved beings who just want each other to be happy,’ one insider close to Fox told the outlet. ‘There is no jealousy or bad vibes.’