She has appeared on countless magazine covers including everything from fashion bible American Vogue to Hugh Hefner’s Playboy.

But Kim Kardashian is trying something a little different for her latest cover appearance, which has been shot by her husband, rapper Kanye West, at his home in Wyoming.

Kim, 39, stars in the latest edition of UK-based fashion title Another Magazine, stripping down to her underwear, for a collaboration-of-sorts with her designer friend Michèle Lamy, 76, as they model each other’s designs. 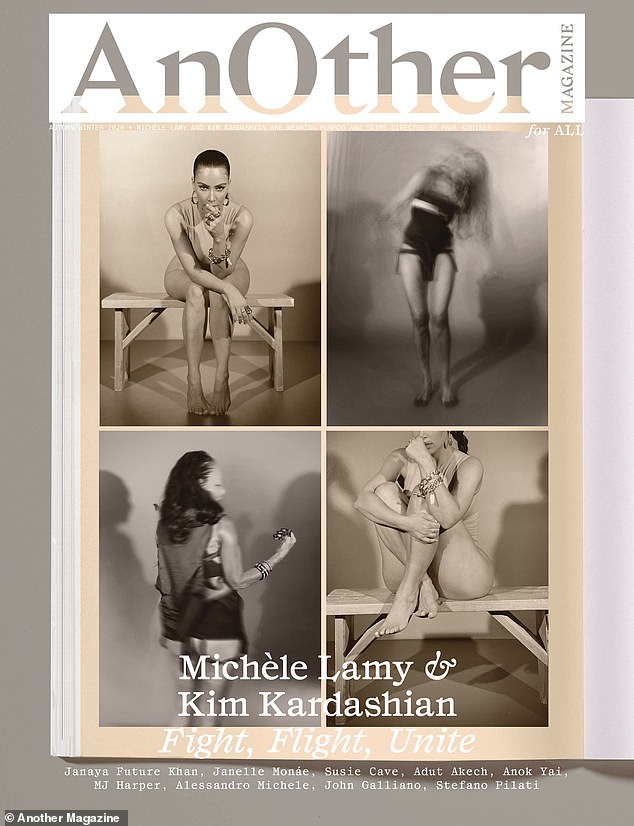 She’s in fashion: Kim Kardashian strips down to her underwear in sexy magazine cover shot by husband Kanye West… as she collaborates with designer pal Michèle Lamy

In the arty spread, Lamy wears Kim’s latest SKIMS range and her own jewellery, while Kim models Lamy’s HUNROD jewellery and her own underwear – presumably SKIMS.

While Kim’s photo-session was shot in Wyoming by her husband Kanye, Michèle was shot by renowned photographer Rick Owens in Paris.

Michèle and texted each other in July this year about the shoot, guided by photographer Paul Kooiker, where the pair appear to have a brief, jovial discussion about working together.

‘Good morning Kim … impatient to see us in AnOther pages … but also looking at them I want movement, dancing, perhaps a video in the making with a song … a duet!’ Michèle begins.

While Kim responds: ‘OMG so u think we can??? I sound awful haha.’

The accompanying article then details how the pair first met seven years ago, and explains how the shoot portrays ‘two women in isolation’ at a time of ‘greatest uncertainty.’ 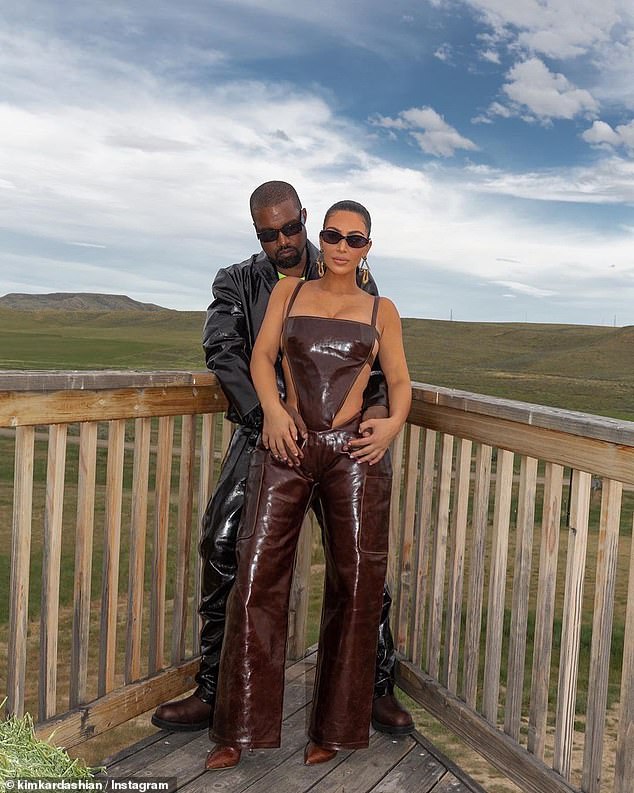 Home away from home: The pictures were believed to be taken at Kanye West’s $14 million ranch in Wyoming some time this summer (the pair pictured at the ranch above this year) 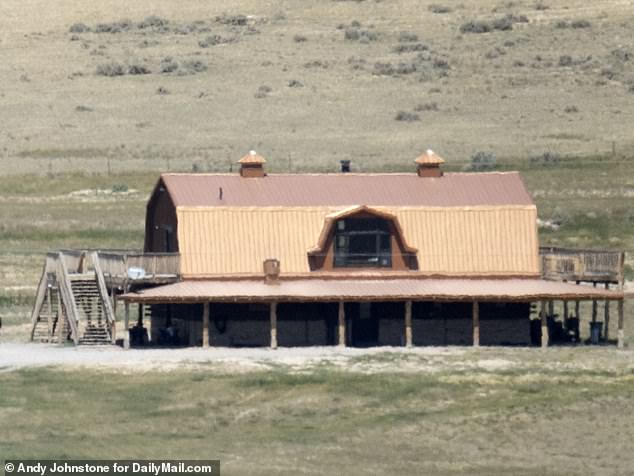 Digs: Kanye’s $14million ranch in Cody, Wyoming, where the at-home shoot is said to have taken place

The piece appears to describe Kim as being ‘pensive and venerable’ in the shots taken by her husband in Wyoming, while Michèle is called ‘restless fit’ as she is clearly moving around in every frame.

Dutch photographer Kooiker is said to have given precise instructions to Kanye and the other photographer, on how to shoot Kim for the series of portraits.

It is not clear when the photos were taken, but Kim has been spotted in Wyoming numerous times this year, where her husband owns a $14 million ranch.

Kanye has been spending most of his time at the ranch to work on his unlikely bid for presidency, while Kim has stayed largely in Los Angeles to continue with her many business operations, including her SKIMS underwear range. 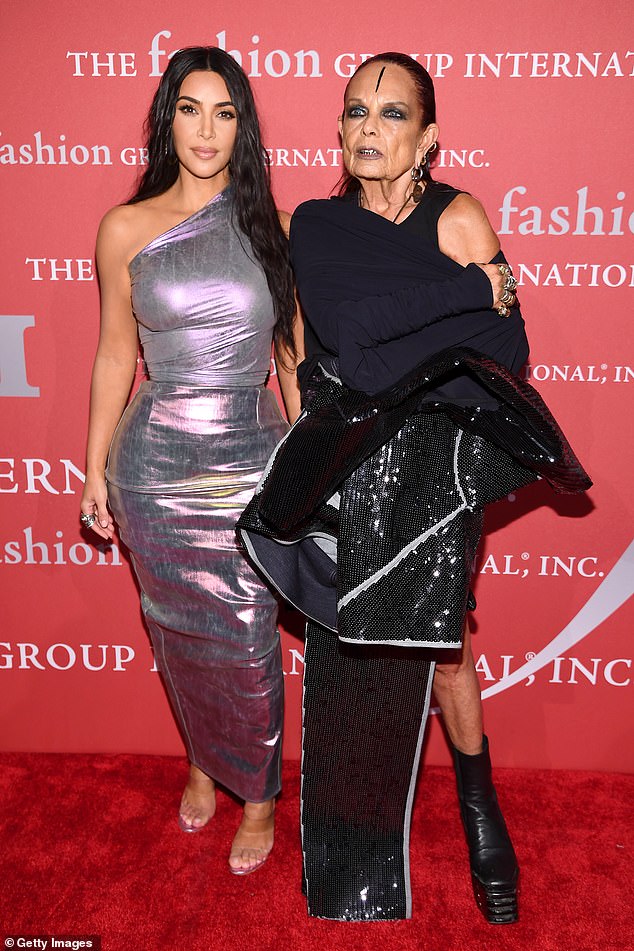