She’s got to study for 18 hours a week as part of her criminal law studies.

And Kim Kardashian, 38, appeared as committed as ever to her legal passion as she paid a visit to some law offices in Los Angeles where she is taking private classes to become a lawyer.

The reality star was dressed in baggy layers despite the SoCal sunshine as she carried a book about Criminal Law as well as a binder of notes. 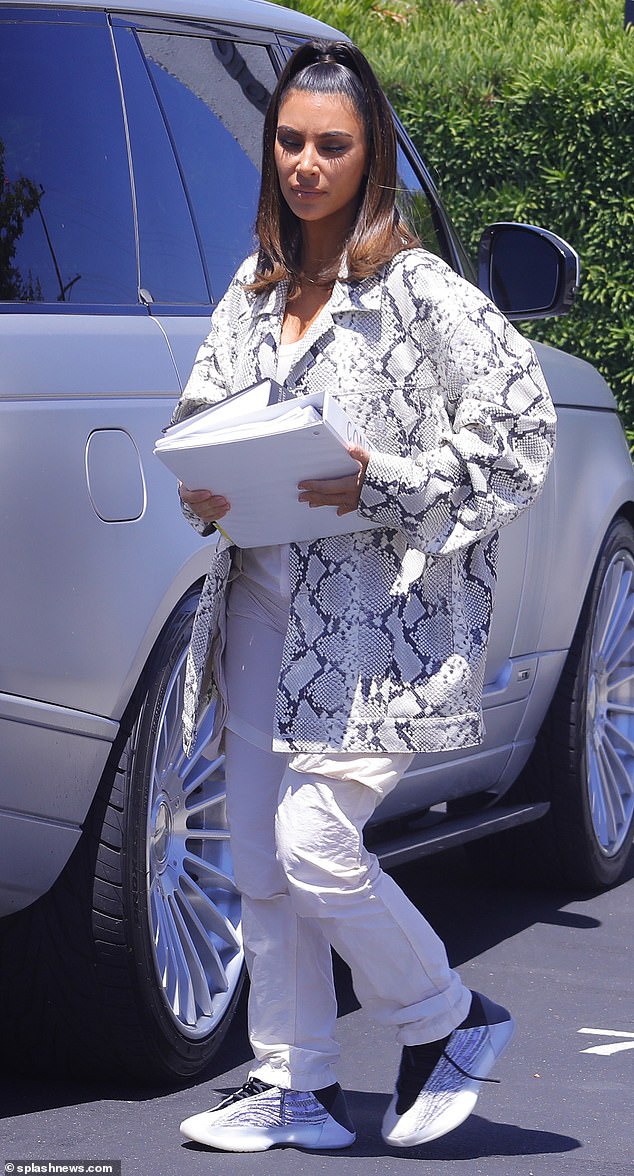 Committed student: Kim Kardashian is seen on Tuesday as she visited some law offices in Los Angeles as she continues with her legal studies

Kim wore some white pants with some Yeezy sneakers and a long T-shirt and rocked her hairdo of the moment, half-up in a high ponytail.

Kim has been working with two mentors; Jessica Jackson and Erin Haney, on her studies which she revealed back in April.

In a Vogue interview she said she was coming to the end of her first year of studies and would be taking the ‘baby bar’ exam this summer.

She discussed her new direction in life, revealing that she has been studying for the 2022 state bar exam since last summer.

When fans started raising questions about how she could become a lawyer without a law degree, Kim hit back explaining that anyone can do it, depending which state you live in.

Conservative look: Kim, 38, donned lots of layers despite the sunshine 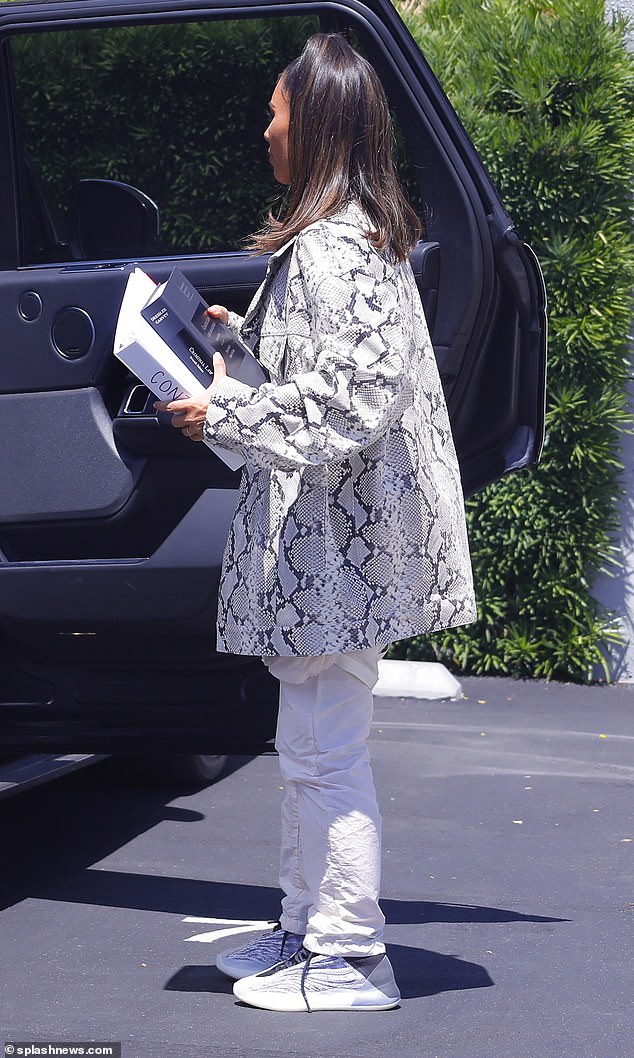 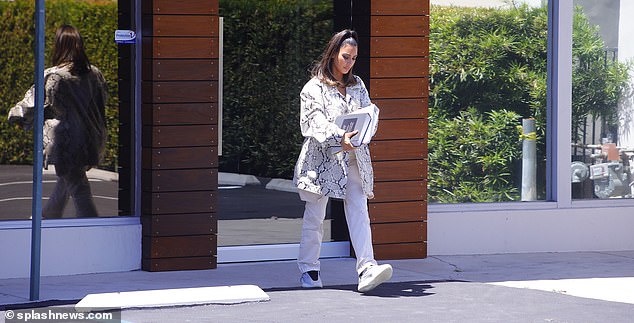 Mentors: The TV star takes private classes with two mentors in her bid to become a criminal lawyer

Kim said on social media that despite not finishing college she needed just 60 credits to ‘read the law’ in an ‘in office law school being apprenticed by lawyers’ – and she had 75.

California does not require a law degree as a prerequisite for taking the bar exam. Neither do Vermont, Virginia or Washington.

California allows people to become ‘law readers’ by apprenticing with a practicing lawyer for a designated amount of time each week.

Layers: Kim wore some white pants with some Yeezy sneakers and a long T-shirt and rocked her hairdo of the moment, half-up in a high ponytail 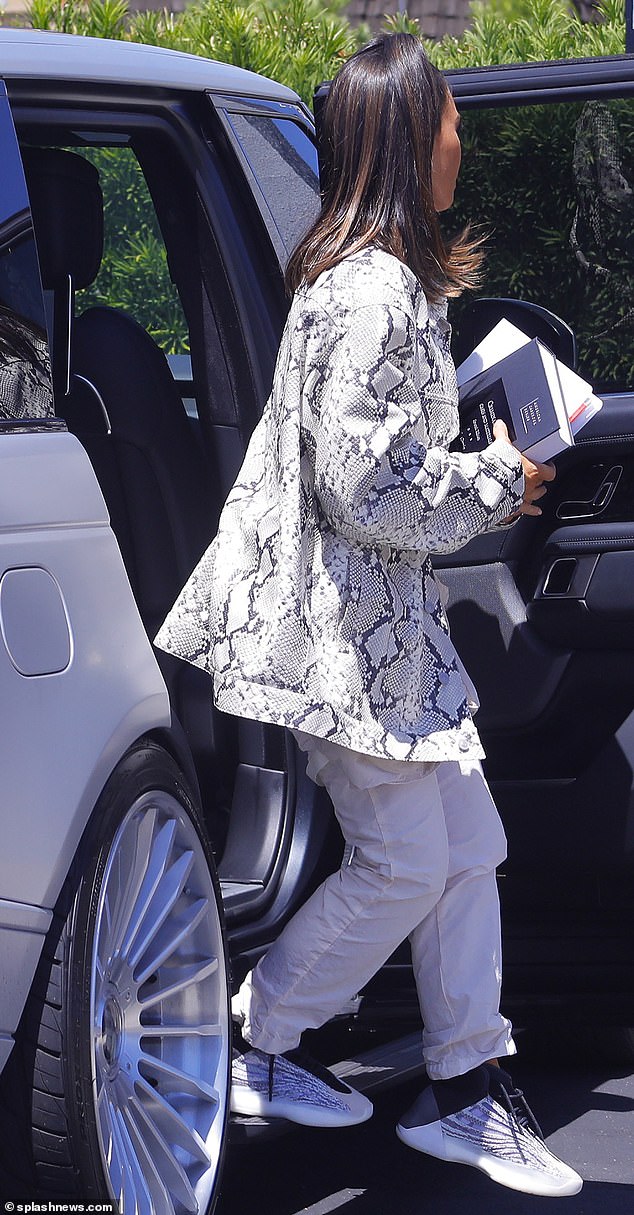 She said she was inspired to study law after successfully petitioning US President Donald Trump last year to pardon Alice Marie Johnson.

Johnson, a 63-year-old great-grandmother, had served nearly 22 years of a life sentence for cocaine trafficking.

A week after meeting with Kardashian, President Trump pardoned Johnson in June 2018. 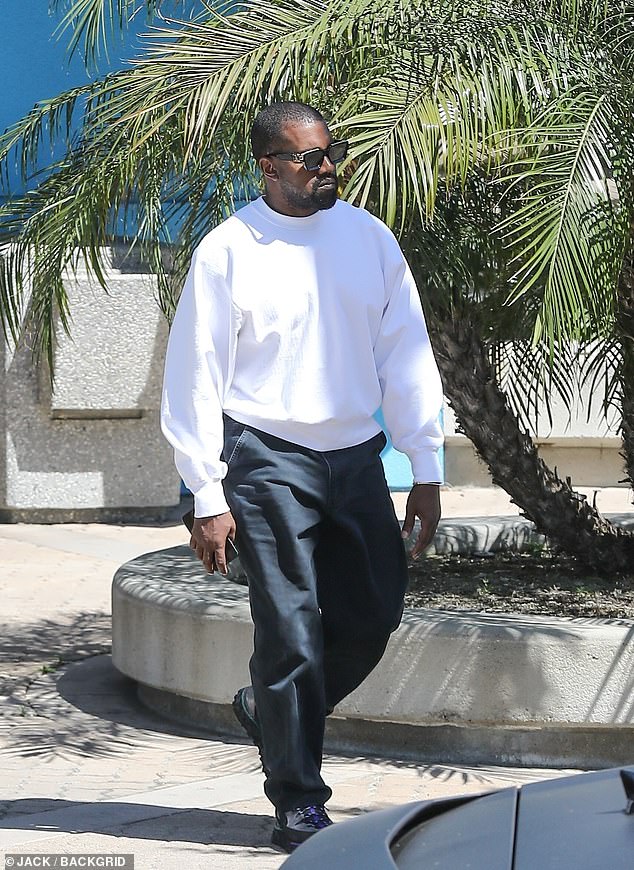 Coordinated couple: Kim’s husband Kanye West was seen out separately at his offices in Calabasas