Today in sentences we never expected to write, Kim Kardashian appears to have been snubbed by the royal family after asking the attend the Queen’s Platinum Jubilee. The Daily Mail reports that representatives for Kim (who appears to be in London with her boyfriend Pete Davidson), “asked for tickets” to attend the Platinum Party at the Palace, but officials “rejected her.”

Apparently, Kim still hopes to attend the party despite the Palace denying her tickets, and she is “trying to acquire tickets by other means.”

“Kim rarely gets turned down to attend any event, so this has been quite surprising, especially as she doesn’t visit the UK often,” a source said. “Kim and Pete love the Royal Family and really wanted to be a part of this special celebration.” 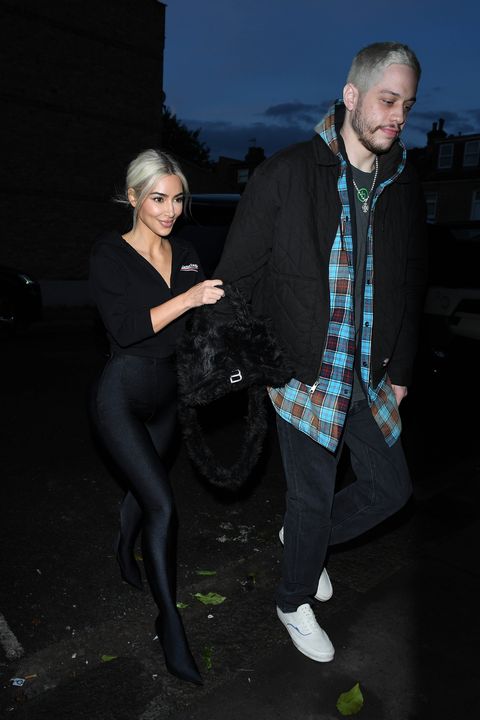 Truly would give anything to see Pete Davidson and Kim Kardashian show up at Buckingham Palace for a party with the Queen, so here’s to hoping this works out in her favor. Also, before you side-eye Kim for trying to show up at Buckingham Palace, many celebrities are attending the event, while members of the royal family are said to be showing up on Her Majesty’s behalf.

The Queen herself did make an appearance at Trooping the Colour yesterday, but it’s unclear how many more events she will attend this weekend. She skipped Friday’s Service of Thanksgiving, with the Palace releasing a statement saying that she “did experience some discomfort” at Trooping the Colour and that “taking into account the journey and activity required to participate in tomorrow’s National Service of Thanksgiving at St Paul’s Cathedral, Her Majesty, with great reluctance, has concluded that she will not attend.”