Kim Kardashian is telling the world how she really feels about her sister Kourtney Kardashian’s relationship with Travis Barker.

The KKW Beauty founder appeared on “The Ellen DeGeneres Show” on Thursday and dished about the family’s new TV series, what it’s like to have the summer off from filming since ending “Keeping Up with the Kardashians,” and her big sister’s public displays of affection with Barker.

Kardashian told DeGeneres that the time spent away from cameras over the past several months has provided her and her sisters more quality time with friends and family. She also hinted that a new show is in the works.

“People have had this free time off and had these beautiful new relationships blossom and it’s going to be really fun and interesting to see filming dynamics and us back together. I’m excited,” Kardashian said in a sneak peek clip. 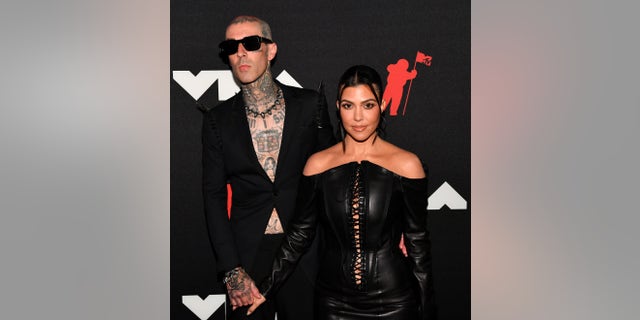 DeGeneres then got down to business by asking Kardashian about her sis Kourtney’s new beau and whether or not he’ll appear on the family’s upcoming reality series.

“I honestly haven’t talked to him about it but I’m assuming because he’s such a big part of Kourtney’s life that hopefully they will be on,” Kardashian replied.

She then confirmed she is a true fan of “Kravis.”

“I love their relationship. They’ve grown so much together,” Kardashian, 40, gushed.

DeGeneres then stated the obvious: that Kourtney and Barker cannot keep their hands off of each other. The two have become known for locking lips for the cameras, while on vacation and at public events. Most recently, the pair made out at the MTV Video Music Awards.

“It’s so cute isn’t it?” Kardashian said to the host of her sister and Barker’s PDA. “It’s a lot but it’s so cute. I love love love them.”

It was announced last year that “KUWTK” would be leaving the E! network after the last season wrapped in 2021. However, the family announced they did sign an exclusive deal with Hulu, making the shift from Comcast to Walt Disney.