Among the myriad benefits of reality stardom, one is often overlooked — a free lunch.

Kim Kardashian caught up with sister Khloe in front of the cameras on Monday, as the pair filmed Keeping Up With The Kardashians.

As a working meal producers would normally pick up the check for the meal at the Granville Restaurant in Studio City. 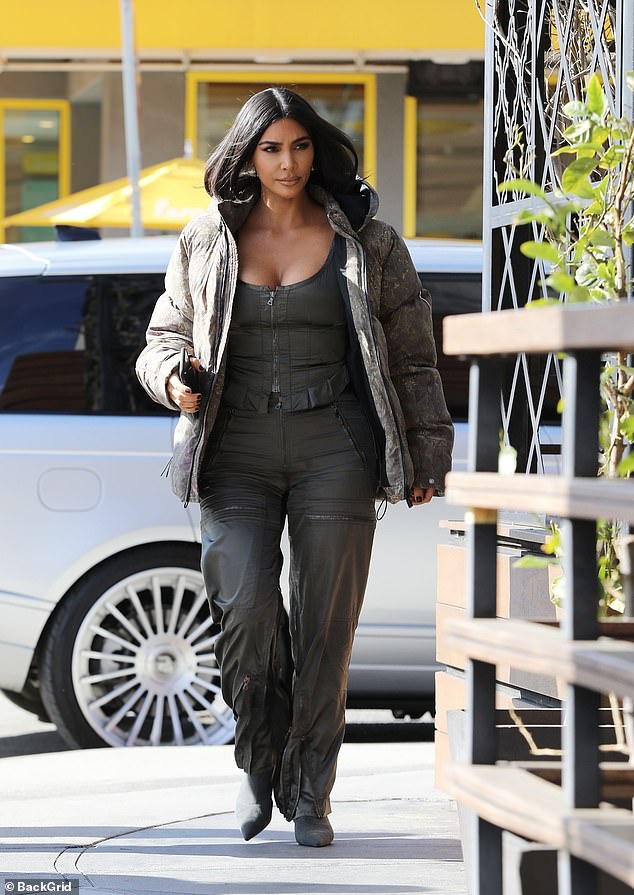 Here comes Kim: Kim Kardashian is keeping up with Khloe as sisters wrap up warm to film KUWTK show over lunch in Los Angeles on Monday 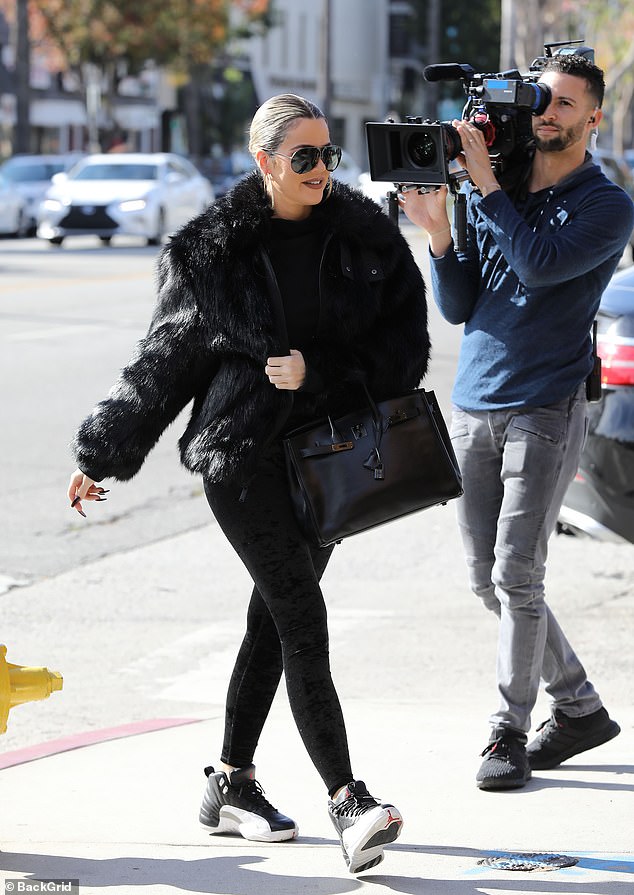 Back to black: Khloe teamed the athleisure look with a fake fur jacket and spendy deigner bag

Filming over lunch is a technique often used by KUWTK bosses to provide a natural setting for a conversation between the main players, who don’t shy away from having difficult discussions in public.

And while the pair’s diets may mean they do nothing more than nibble at the food, it still makes for a tasty prop.

On the menu on Monday is perhaps Kim’s newly short sleek hair – the 39-year-old was rocking a fresh jaw-length bob with center parting. 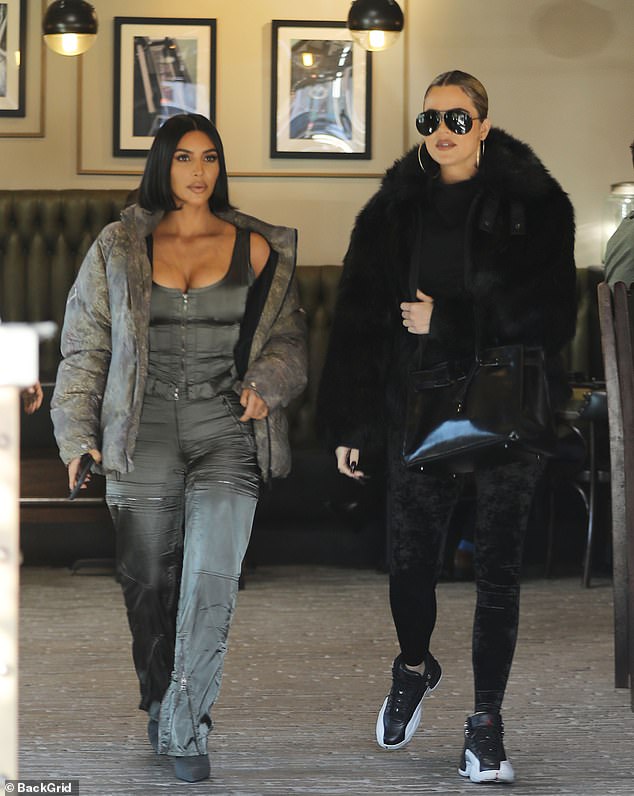 Sister sister: The sisters continued bonding following their meal as they left the restaurant together 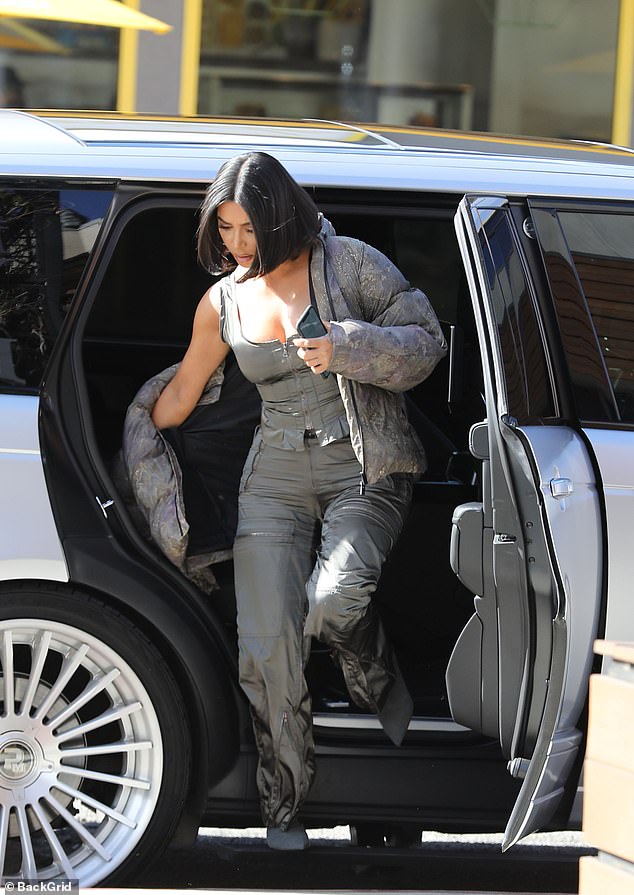 Winter warmers: Kim made sure to beat the chill in a padded grey jacket 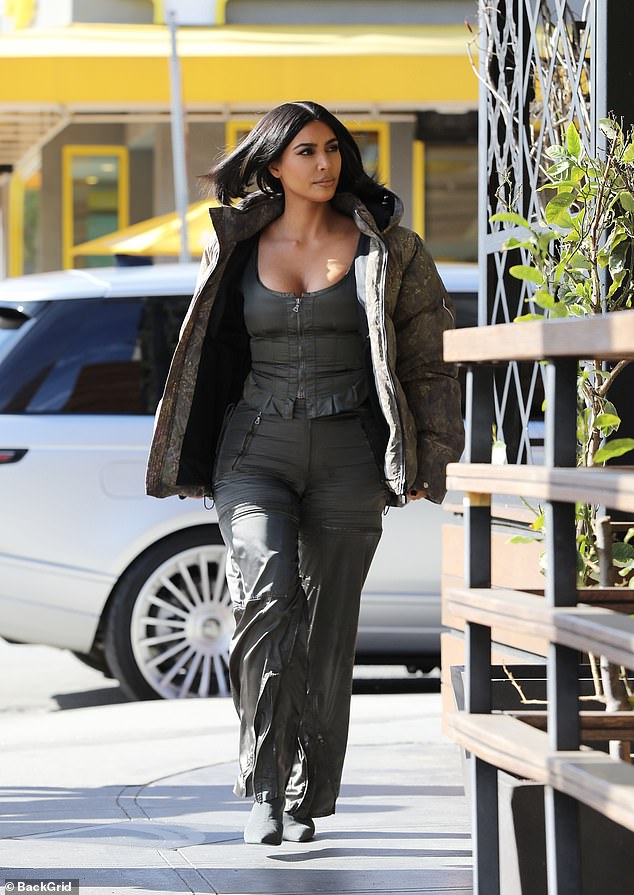 Got that flick down: She showed off the shorter style on the way to lunch

Or perhaps they chatted about Khloe’s comment on social media that she wishes her ex Tristan Thompson ‘never messed up’.

When one fan wrote, ‘I wished Tristan never messed up! Him and Khloé were so cute together! #KUWTK.’

Khloe responded. ‘Same babe. Same lol #KUWTK but we are coparenting so well right now. It is a great space to be in. Coparenting is such a hard space. Much respect to all coparenters.’ 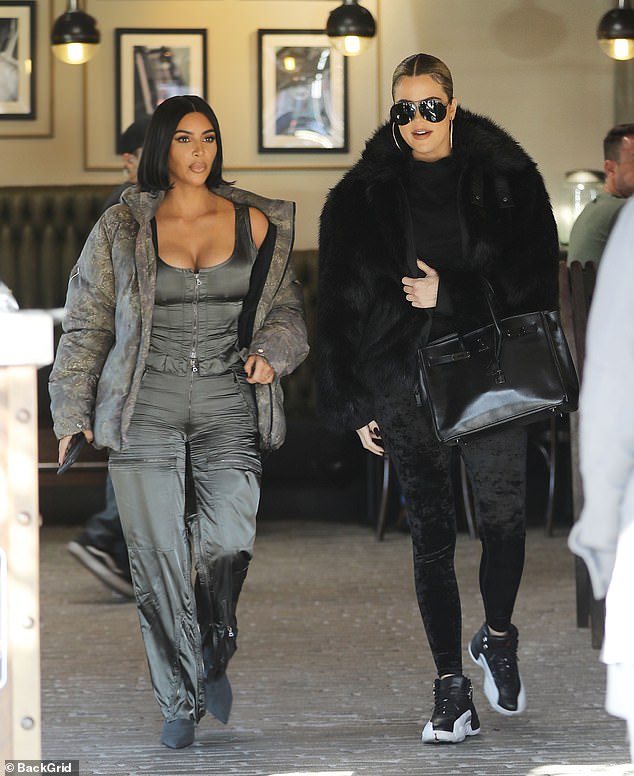 Always stylish! The sisters appeared to have really thought about their stellar casual chic ensembles ahead of their arrival Lunch with Kim: Cameras followed the siblings as they headed into the eatery

Or perhaps they were chatting about how mother-of-four Kim was paid $1.35million for her Australian Uber Eats advert.

The reality star stars opposite Magda Szubanski – who is in character as Sharon Strzelecki from Aussie show Kath & Kim – in the commercial, which sees her wear a netball outfit and appear confused by her co-star’s pronunciation of ‘noice’.

According to NW magazine, Kim agreed a deal which is worth $2 million in Australia to appear in the commercial, the equivalent of US$1.35 million. 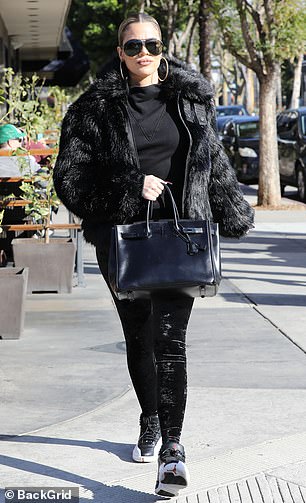 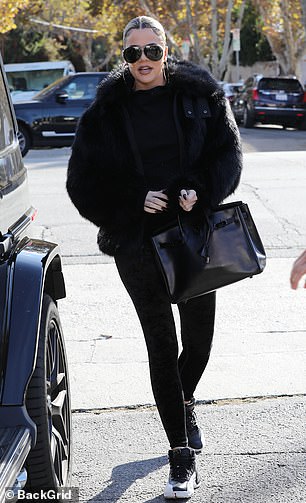 Designer! Khloe walked around the town with a large Birkin bag Elder sister: Kim led the way as they walked out of the eatery

Lunch on Kim! And while it’s not known, Kim could have easily footed the lunch bill, after recently cashing in $1.35 million for her Uber Australia ad appearance