Kim Kardashian and her attorney are hitting back over claims that her skincare line SKKN BY KIM is a trademark infringement of the similarly named brand SKKN+ used by small business owner Cydnie Lunsford.

Lawyers for Lunsford first served Kardashian, 41, with a cease-and-desist letter last July, claiming that her Brooklyn-based company Beauty Concepts LLC has provided salon and skin care services under the name SKKN+ since July 2017.

However, a statement from Kardashian’s lead attorney Michael Rhodes to DailyMail.com on Tuesday calls it nothing more than a ‘shakedown effort’ from Ms. Lunsford and legal team to ‘damage her name and reputation’ and leverage a large settlement. 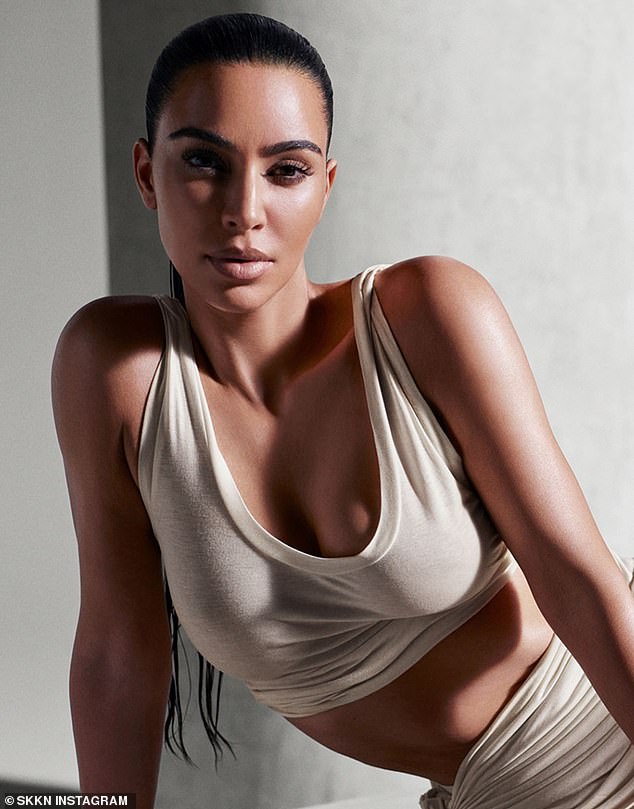 Under fire: Kim Kardashian has hit back at a lawsuit over her SKKN skincare line trademark as her team say ‘we’ve done nothing wrong’

Lunsford and her legal team have accused Kardashian of trying to use her celebrity to bully a small business for the rights to use the trademark, TMZ reports.

Beauty Concepts states that it is a ‘Black and woman-owned business’ the survived the pandemic and opened a store ‘only to learn [Kim Kardashian] was launching her new brand with a strikingly similar name,’ per the report.

They claim in their docs that after allegedly reaching out to Kardashian, they were ignored by her team who pushed ahead with the SKKN launch.

This lawsuit is not what it seems. SKKN BY KIM is a new brand that follows in the footsteps of Ms. Kardashian’s successful KKW line of products. Building on independent research and development, her company filed a trademark application for SKKN BY KIM to protect the new branded products. This prompted the current shakedown effort.

Mid-last year, we received a letter from Beauty Concepts, an esthetician studio in Brooklyn owned by Ms. Lunsford. We applaud Ms. Lunsford for being a small business owner and following her dreams. But that doesn’t give her the right to wrongfully claim that we’ve done something wrong. In its letter, Beauty Concepts claimed to own rights to a logo made up of SKKN+, and had just filed for trademark protection for that logo. The business was a one-person shop offering facials from a single Brooklyn location. The salon had no signage and was by appointment only. To our knowledge, Beauty Concepts sold no products under the SKKN+ name.

Several times we reached out to Beauty Concepts, trying to find a sensible path to coexistence. We pointed out that running a small esthetician business in Brooklyn does not give it the right to shut down a global skin care line. We discovered that Beauty Concepts was doing business at one point without the legally required licenses. In the end, Beauty Concepts didn’t really engage with us beyond demanding a lot of money.

Since we’ve done nothing wrong, we stood our ground. We think the case is less about the law of trademarks and more about trying to leverage a settlement by threatening to harm Ms. Kardashian’s name and reputation. That’s not going to work and we look forward to presenting our case in court.

But in response, Kardashian’s attorney Rhodes  – who defended the family in the recent Blac Chyna case – claim they did try to engage with Ms. Lunsford and Beauty Concepts LLC to come to an agreement.

‘We applaud Ms. Lunsford for being a small business owner and following her dreams,’ it says, in part, in Rhodes’ response. ‘But that doesn’t give her the right to wrongfully claim that we’ve done something wrong.’

Rhodes later added: ‘Several times we reached out to Beauty Concepts, trying to find a sensible path to coexistence. We pointed out that running a small esthetician business in Brooklyn does not give it the right to shut down a global skin care line.’

In the original cease-and-desist letter that was obtained by TMZ, Beauty Concepts claimed that it operates a website and social media account using the same block letters as Kardashian’s brand, and that it applied to the U.S. Patent and Trademark Office back in March to register the SKKN+ logo.

The company stressed that it had put a lot of time and effort into building their brand over the past three years, and were now concerned that Kardashian’s brand would cause confusion in the marketplace.

At the time, Kardashian’s lawyer responded to TMZ saying: ‘We certainly appreciate and support small businesses, and our hat is off to Ms. Lunsford. But the question at hand is one of trademark law and we’ve not done anything deserving of legal action by her.’ 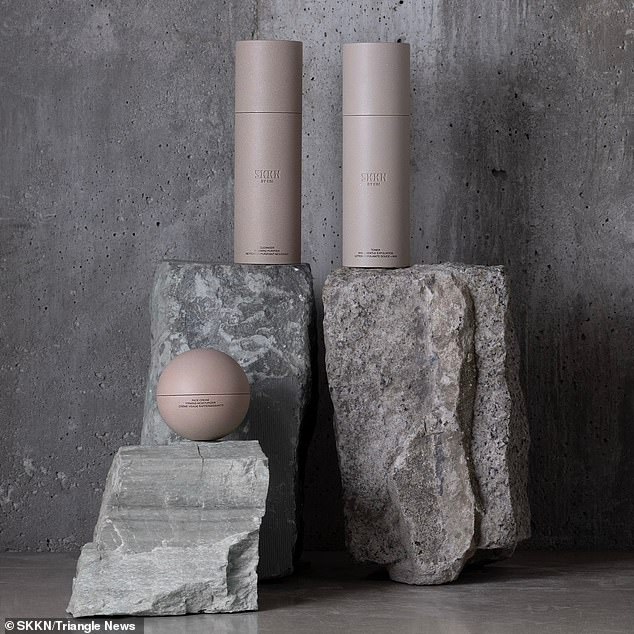 New release: Earlier this month, Kardashian went on a publicity blitz to launch her new skincare line SKKN (Pictured above)

Adding: ‘We are disappointed that she has chosen to run to the media knowing that we were scheduling a call for tomorrow, requested by her attorney. So while disagreeing with the letter, we’re hopeful that we can smooth things over once both sides speak.’

Earlier this month, Kardashian went on a publicity blitz to launch her new skincare line SKKN and broke down how to use the products – admitting the whole system uses nine products worth a total of $630.

It’s not the first controversy that Kardashian has faced over the line, after fans accused her of ‘copying’ Lori Harvey’s skincare line which is called SKN. 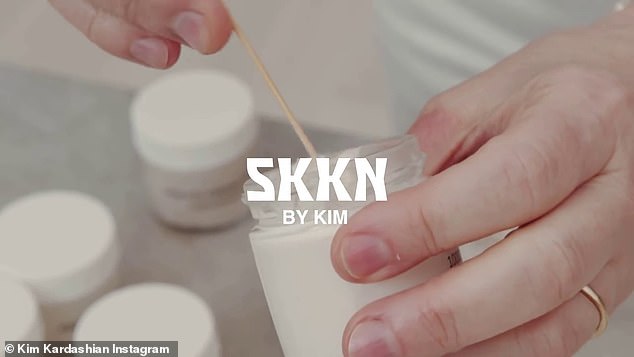