‘So embarrassing’: Kim Kardashian says she cannot keep her four kids from interrupting her during important Zoom calls

Kim Kardashian is not any different from other parents when it comes to the kids interrupting important conversations.

The Kardashians star, 41, was taking part in a panel discussion at the second annual A Day of Unreasonable Conversation on a panel called ‘How to Get Sh*t Done in a Divided America’ Thursday in Los Angeles, when the audience learned she also has trouble keeping the kids away when trying to take a call.

The social justice reform advocate was talking about the importance of storytelling to panel host Baratunde Thurston, 45, when film producer Scott Budnick, 46, with whom she works on those efforts, told a few stories about her. 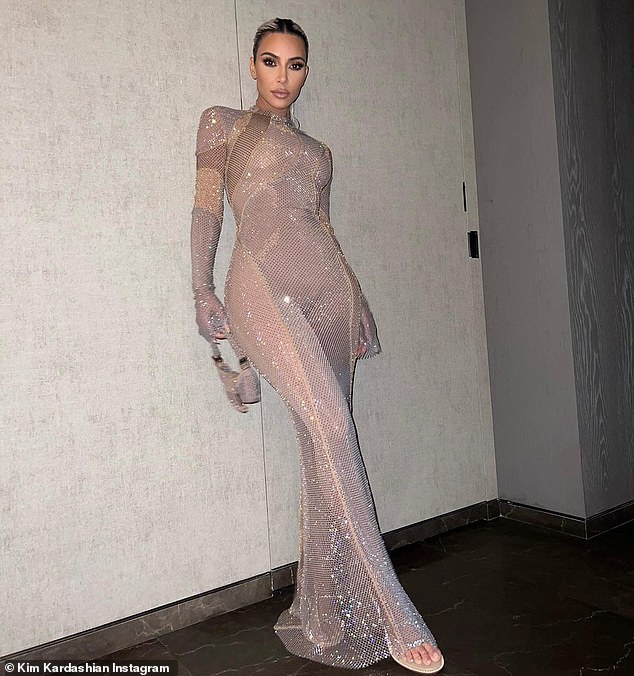 Calls: Kim Kardashian, 41, is no different from other parents when it comes to the kids interrupting important calls, she said; seen this week in NYC at the Fendi show

‘This woman right here, it’s like we find out the governor loves the Oklahoma Sooners football team … She’s on every Zoom. “Hey, Kim, the evangelical pastor in Oklahoma is interested in learning about the case.” Okay, we’re on a Zoom that night, with all of her kids running around the Zoom,’ he explained.

Scott continued to describe the Skims founder’s willingness to quickly join a meeting, but no matter how hard she tries, she’s never alone. 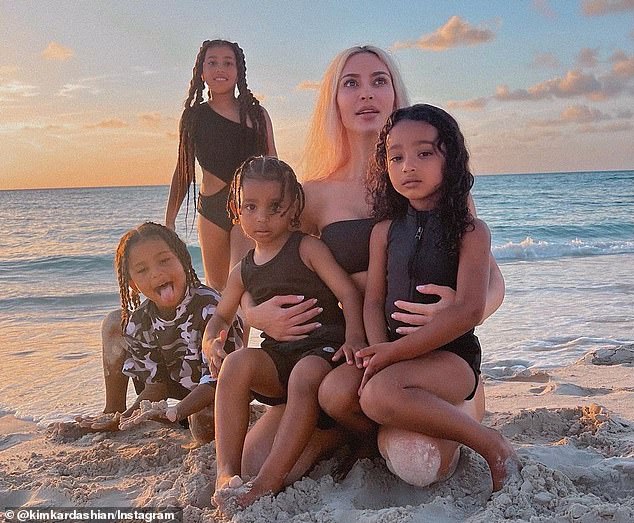 Kids: The mom of four shares North, nine, Saint, six, Chicago, four, and Psalm, three, whom she shares with with ex Kanye West 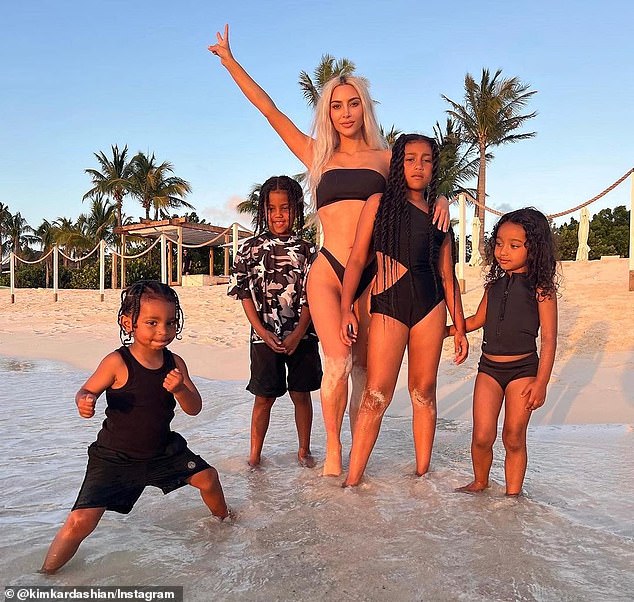 Social justice: In a panel discussion on her social justice reform advocacy Thursday in Los Angeles, it was revealed that no matter what she does, the kids always seem to interrupt her Zoom calls

The kids: North, nine, Saint, six, Chicago, four, and Psalm, three, whom she shares with with ex Kanye West, always find a way to be there.

‘No matter how many doors she locks,’ the Just Mercy producer said, ‘she cannot keep the kids out of the room.’

Kim agreed, saying, ‘They figure out a way in.’ 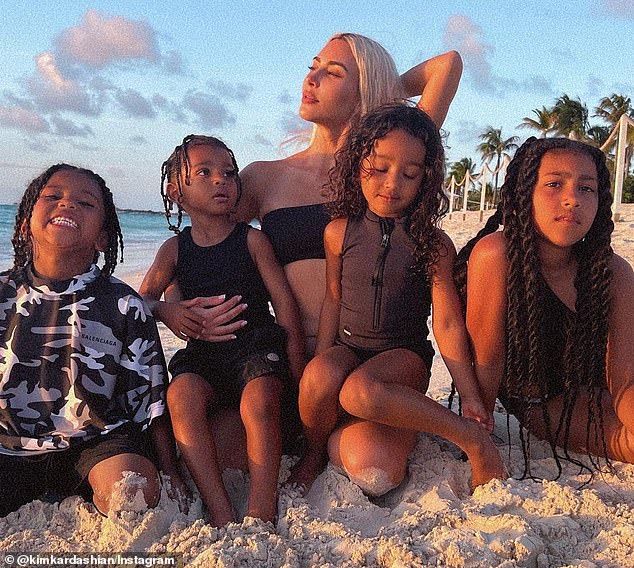 So embarrassing: Kim said it was ‘so embarrassing’ when the kids were running around in the background during Zoom calls. It was revealed she even locked the doors but ‘she cannot keep the kids out of the room’

At one time North walked into her room with a phone and said, ‘Mom, I’m live.’ Kim quickly cut off the stream with ‘No, stop. You’re not allowed to,’ before the video came to an end.

However, in August, the Skkn by Kim founder was driving with North and niece Penelope Disick, 10, and tried to get the girls to lip-sync with her, when North pleaded with her to stop saying, ‘Mom! Mom, please delete that!’

The Keeping up with the Kardashians star did not, and it resulted in quite a bit of backlash on social media about Kim not respecting her daughter’s right to privacy. 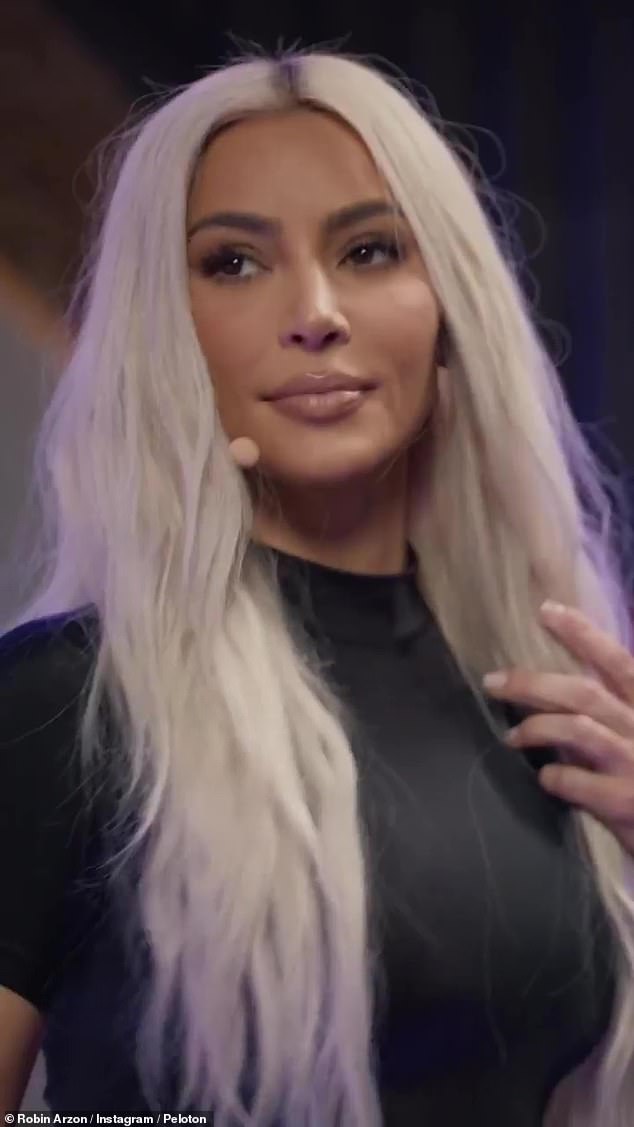 Rules: Kim says she has rules for social media at home. One time North went live on TikTok without her mom’s knowledge, and Kim quickly shut the stream down telling her daughter, ‘No, stop. You’re not allowed to’ 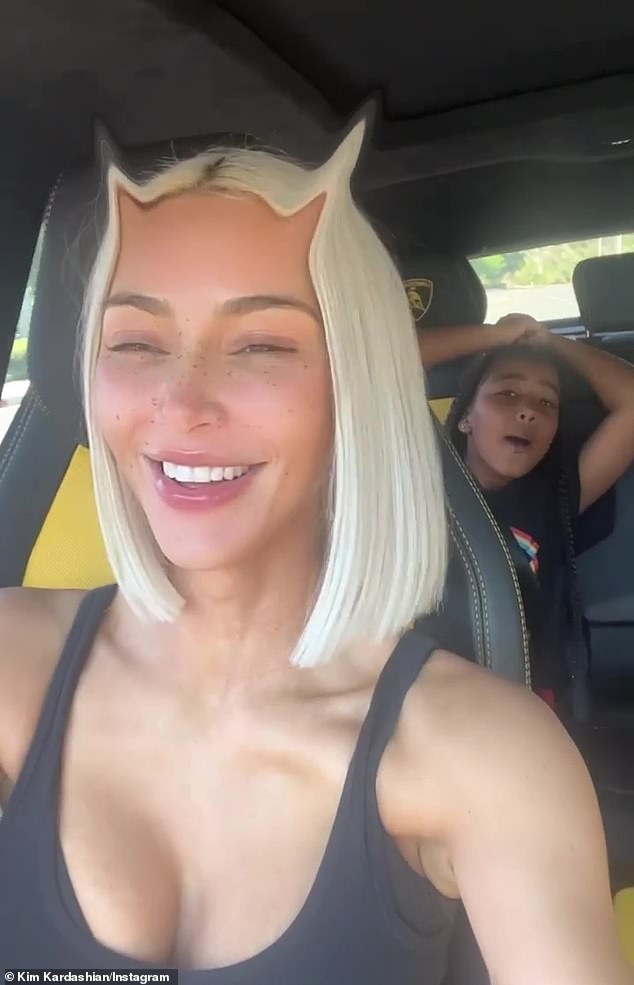 Backlash: The reality star received some backlash after she posted a video in August in which North is heard pleading with her mother to ‘please delete that!’ Viewers were concerned Kim didn’t respect her daughter’s privacy