Kim Cattrall continues to stand by her decision to back out of making any more Sex And The City films as she faced ‘so much misery’ amid the backlash.

The 64-year-old actress played hugely popular character Samantha Jones on the series and two follow-up films, but refused to do another amid a public feud with co-star Sarah Jessica Parker, 55.

And in a new interview with the Women’s Prize For Fiction Podcast, the British-born star has revealed that she she was eager to move on from the iconic project and ‘tell stories that [she] hadn’t heard before’. 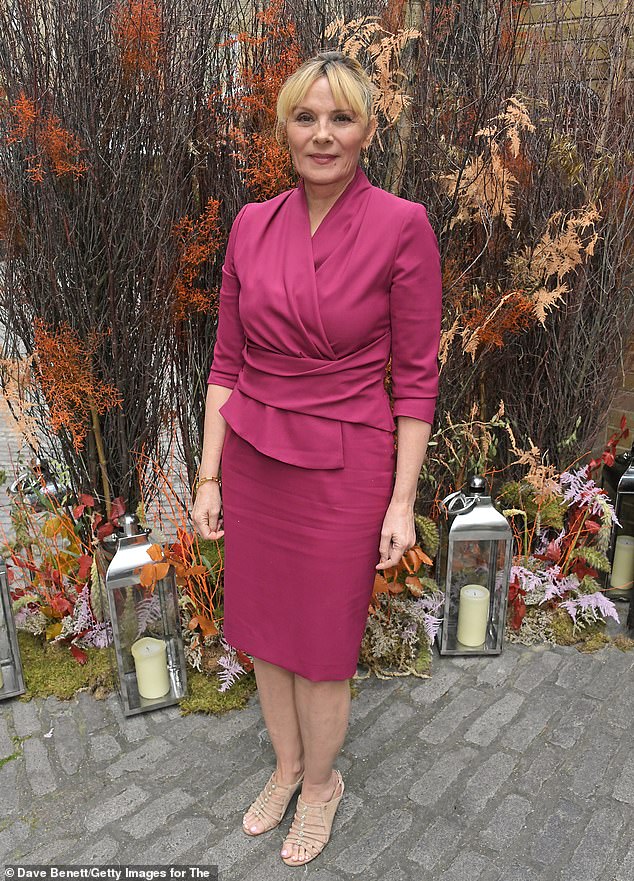 Freedom of choice: Kim Cattrall continues to stand by her decision to back out of making any more Sex And The City films as she faced ‘so much misery’ amid the backlash. Pictured in 2019

Speaking of that time, she told host Zing Tsjeng: ‘I remember getting a lot of grief on social media for not wanting to do a film. And that was astonishing.

She continued: ‘I am lucky enough to have a choice… And it’s, it’s something that I feel very lucky to have. And I’m very protective of it. But I wouldn’t be any good doing something that I really didn’t want to do. 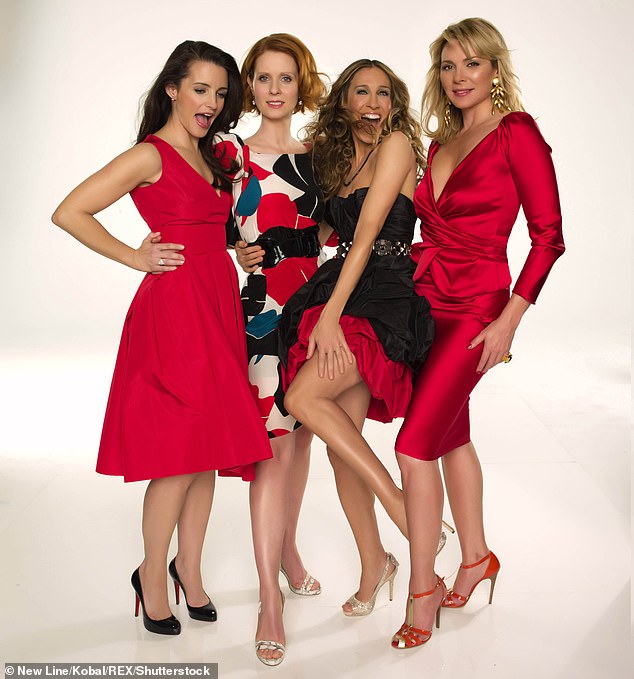 Return? It’s been reported that Sex And The City could return for a limited series without Cattrall. Pictured with co-stars (L-R) Kristin Davis, Cynthia Nixon and Sarah Jessica Parker

‘And I have a great appetite for telling stories that I haven’t heard before. And because it helps me in some ways, it just helps me work things out.6’

Her interview comes as it’s been reported by Page Six that HBO Max is considering a new limited series version of Sex And The City, but this time without Cattrall.

Aside from Cattrall, Parker is expected to return, as well as the other lead actresses: Kristin Davis, 55, who plays Charlotte, and Cynthia Nixon, 54, who plays Miranda.

Cattrall’s absence shouldn’t be surprising, as she has said multiple times that she’s no longer interested in returning to the franchise. 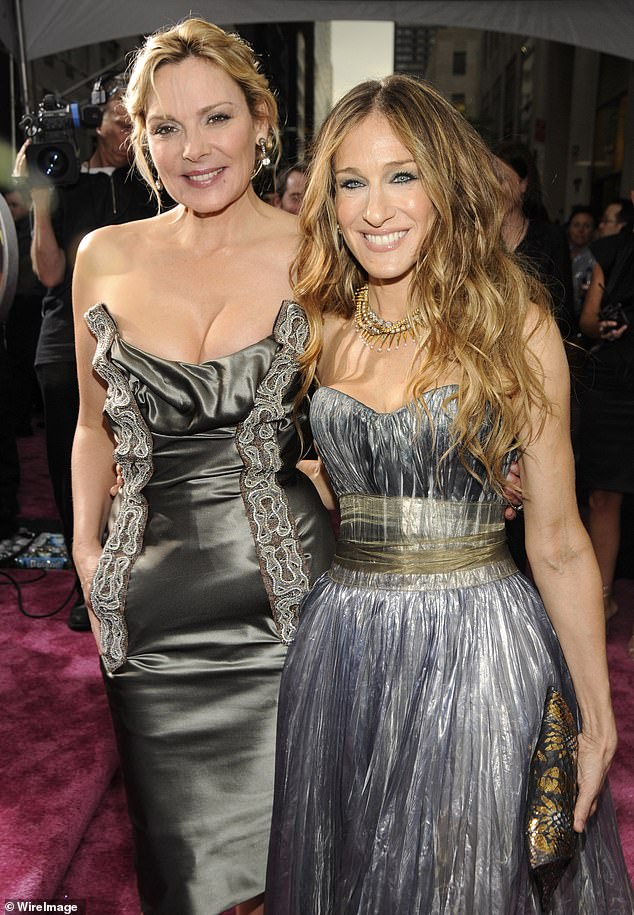 Back in October 2017, the Filthy Rich actress told Piers Morgan there wouldn’t be a third Sex And The City film featuring her.

‘Not for me. That was part of turning 60. That was a very clear moment of how many years do I have left and what do I want to do with it? What haven’t I done?’ she mused.

She also echoed the feelings of many fans that the franchise went downhill with its final two movies, with the second film being singled out for extra criticism.

‘I feel that the show was the best when it was the series and the bonus was the two movies.’ 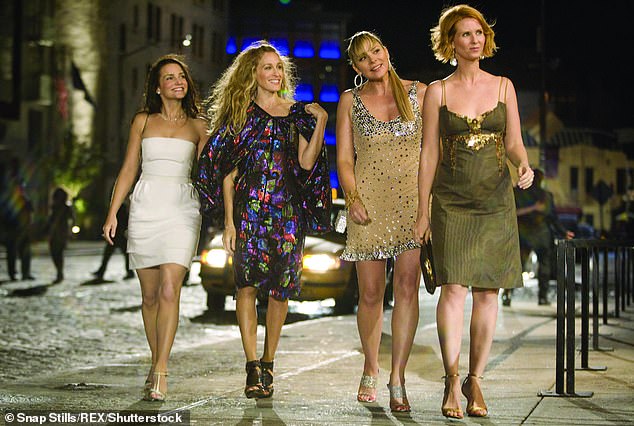 No thanks: Back in October 2017, the Filthy Rich actress told Piers Morgan there wouldn’t be a third Sex And The City film featuring her; still from Sex And The City: The Movie

In September 2019, Parker told Entertainment Tonight that she was interested in filming ‘some episodes of Sex And The City,’ though she reject the term reboot.

‘I wouldn’t call it a reboot, I would call it a “revisit,”‘ she clarified.

‘I’d like to see where all of them are,’ she continued, adding that the characters could confront all the ways culture has changed since the series finale in 2004.

She thought evolving ‘technology and social media’ could create fodder for new storylines, while changes in ‘sexual politics’ and the development of ‘the #MeToo movement and Time’s Up’ were worth exploring.

‘I think Carrie Bradshaw would just be so greedy to share her feelings and thoughts,’ she added.

Parker and Cattrall’s long public feud would seemingly make it impossible for Cattrall to return to the show.

Their biggest conflict came into view in 2018, when the wife of Matthew Broderick shared her condolences with Cattrall in an Instagram comment after her brother’s death was reported.

‘Your continuous reaching out is a painful reminder of how cruel you really were then and now,’ she wrote. 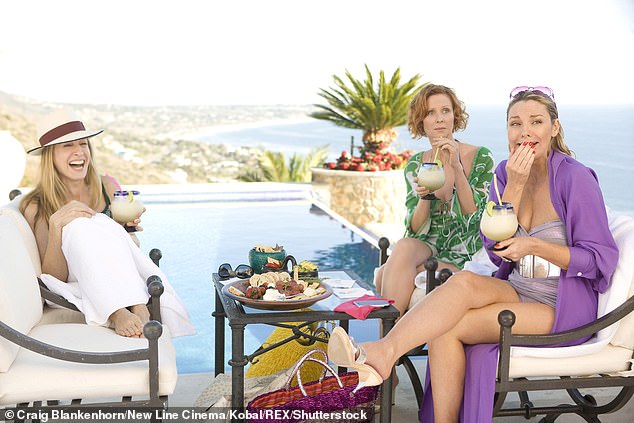 Back for more: In September 2019, Parker told Entertainment Tonight she was interested in exploring ‘social media’ and ‘the #MeToo movement and Time’s Up’ on a revived SATC

Over the years, Cattrall has claimed many of their disagreements were over money.

In 2008, The Telegraph reported that Parker was given an executive producer credit (which doesn’t necessarily imply any additional duties or creative control) that bumped her salary up an additional $300,000.

Cattrall then negotiated for a higher salary as well, but instead of bonding together or trying to raise all their salaries, the lead cast were angered by her move and ‘wouldn’t even sit with [Cattrall] at mealtimes’.

When the four actresses were in discussion for a third Sex And The City movie, Cattrall was allegedly the one who quashed the deal after she told Warner Bros. she would only appear in it if the studio produced films she had in development, which it refused to do. 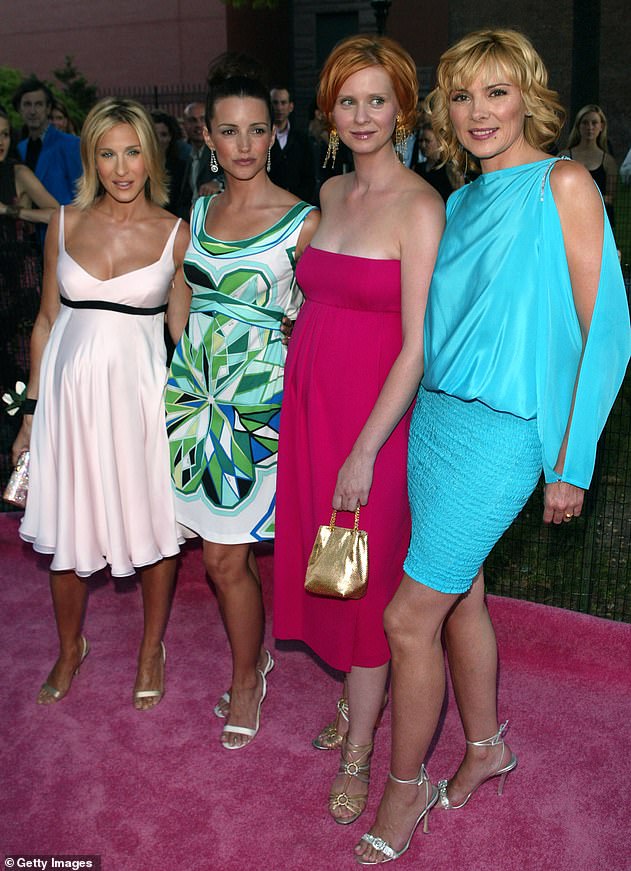 Brutal: Cattrall has reportedly feuded with Parker over money. In 2018, she lashed out publicly on Instagram after Parker shared her condolences following her brother’s death