Killing Eve villain Harriet Walter has revealed that she planned to snub the Queen’s offer of a damehood – but decided to accept the honour as a ‘feminist’ move.

Dame Harriet, 69, who plays chain-smoking assassin Dasha in the hit BBC drama, was awarded the gong in 2011 for services to acting.

In an interview last week, she said: ‘My first reaction was, “I’m going to be really right on and turn it down”. 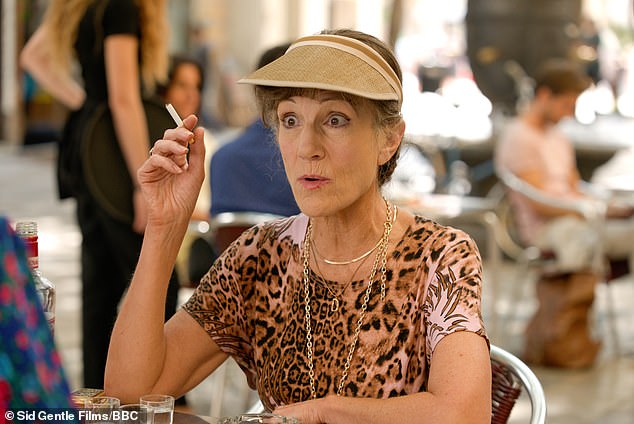 Harriet Walter, who stars as Dasha in the BBC hit drama Killing Eve, planned to turn down the Queen’s offer of a damehood but decided to accept it as a ‘feminist move’

‘I thought, “I’m an egalitarian and I don’t believe in inequality.” And then I thought, “You know what? All the guys in my profession, when they get to a certain age they get offered a knighthood and part of it is because they’ve had the access to the roles that will keep them in the profession for decades”.

‘And I wanted to say, ‘Come on, let’s hear it for the dames!’ Suddenly my egalitarian credentials went down the tubes and my feminist credentials dominated.’

The actress has enjoyed a five-decade career encompassing more than 70 films and TV shows, including Call The Midwife, The Crown and Downton Abbey. But her biggest recent success came as the evil mentor to Jodie Comer’s Villanelle in Killing Eve.

She said of playing ‘gloriously immoral’ Dasha: ‘It’s different to anything I’ve ever done. I have a crazy side to me that no one has ever seen. I’ve played a lot of aristocratic people. It’s so nice to play someone loopy.’ 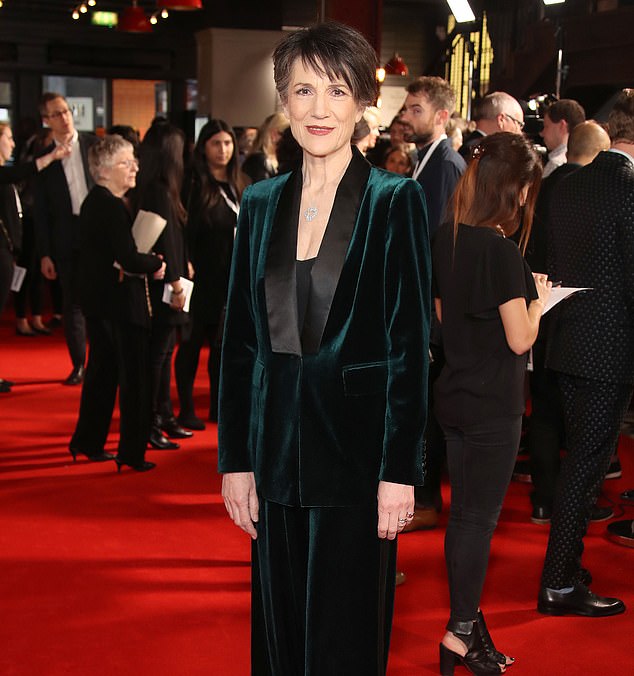 The 69-year-old, who is an egalitarian and ‘does not believe in inequality’, accepted the honour as she said all men in the industry are offered a knighthood ‘when they get to a certain age’

The niece of the late horror actor Sir Christopher Lee, Dame Harriet was rejected by five drama schools before landing a place at the London Academy of Music and Art.

She was recently nominated for an Emmy for her role in Succession as the prickly ex-wife of media magnate Logan Roy, played by Brian Cox.

‘I’m in semi-disbelief about it because I’ve managed to get through life with relatively few awards but I’ve never stopped working,’ she said.

‘I was in the bath when I heard it from my agent.’

Dame Harriet will next star opposite Ben Affleck and Matt Damon in the £25 million historical drama The Last Duel. It was due to be shot this summer but filming was postponed because of the pandemic.