Khloe Kardashian matched in silver with her daughter True at a Christmas Eve gathering the pair attended on Friday.

The reality star, 37, took to Instagram with a series of posts documenting the festivities, as she wore a sequined silver gown that accentuated her curvy figure, with her shoulder-length blonde locks parted.

The Keeping Up with the Kardashians star shared images of herself posed next to three-year-old daughter True, who wore a shimmering silver dress with her locks pulled up in a bun. 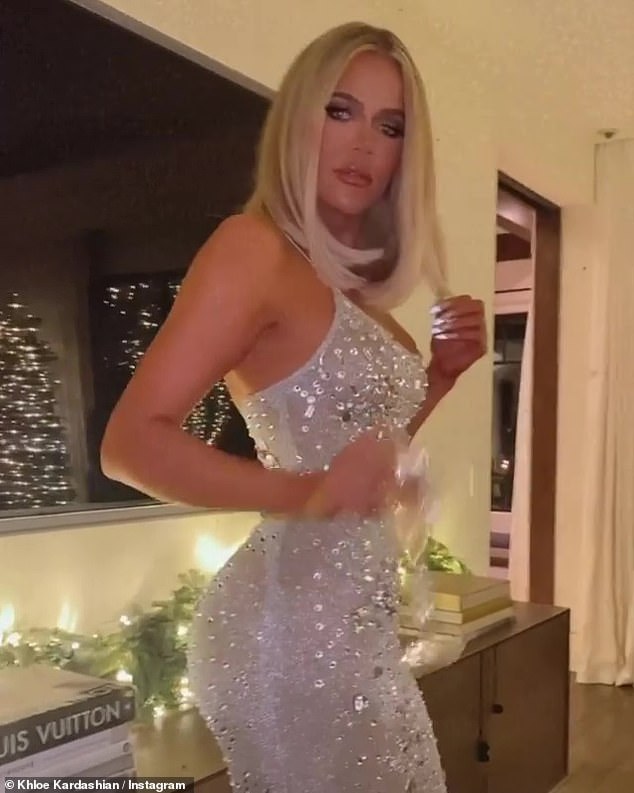 Stunning figure: Khloe Kardashian, 37, matched in silver with her daughter True at a Christmas Eve gathering the pair attended on Friday

The Good American entrepreneur also danced with her daughter and shared a clip of True and other youngsters on hand greeting Santa Claus.

The Los Angeles native captioned the shot, ‘Twas the night before Christmas,’ as all seemed to be having a spectacular time at the holiday gathering.

Khloe, who shares True with NBA player Tristan Thompson, 30, looked to be thriving weeks after news broke that Thompson fathered a son with a woman named Maralee Nichols during a timeframe earlier this year when he and the reality star looked to be reconciling.

On Thursday, TMZ reported that Khloe’s mother Kris Jenner planned on a much smaller Christmas Eve get-together amid a rise of COVID-19 cases in the family’s native Los Angeles. 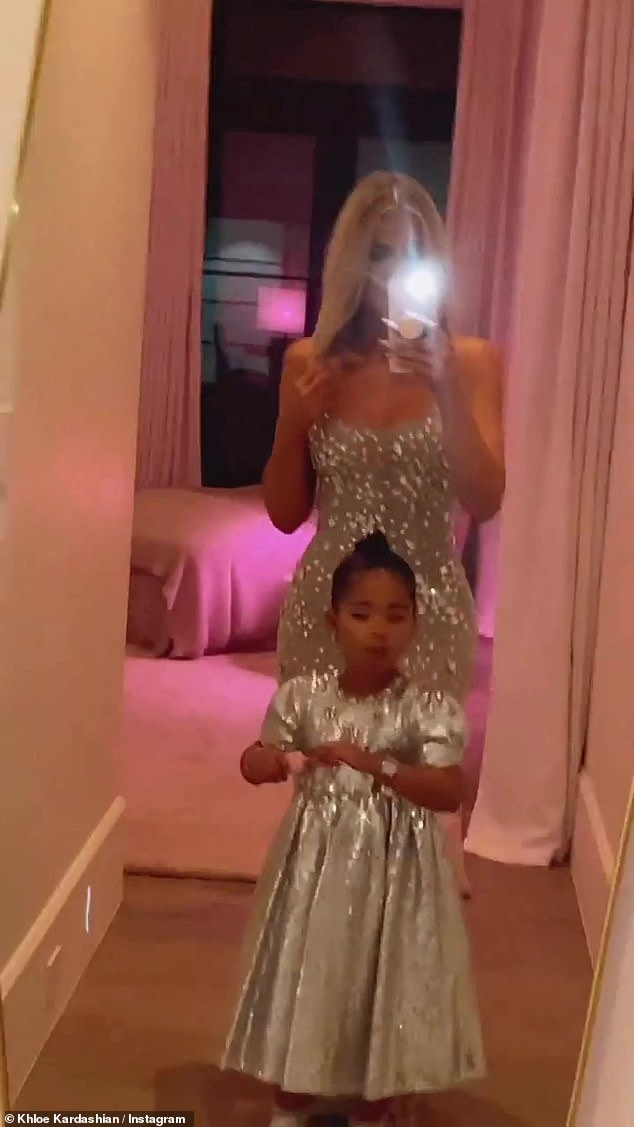 Fun time: Khloe snapped a shot alongside her daughter in a mirror at the party 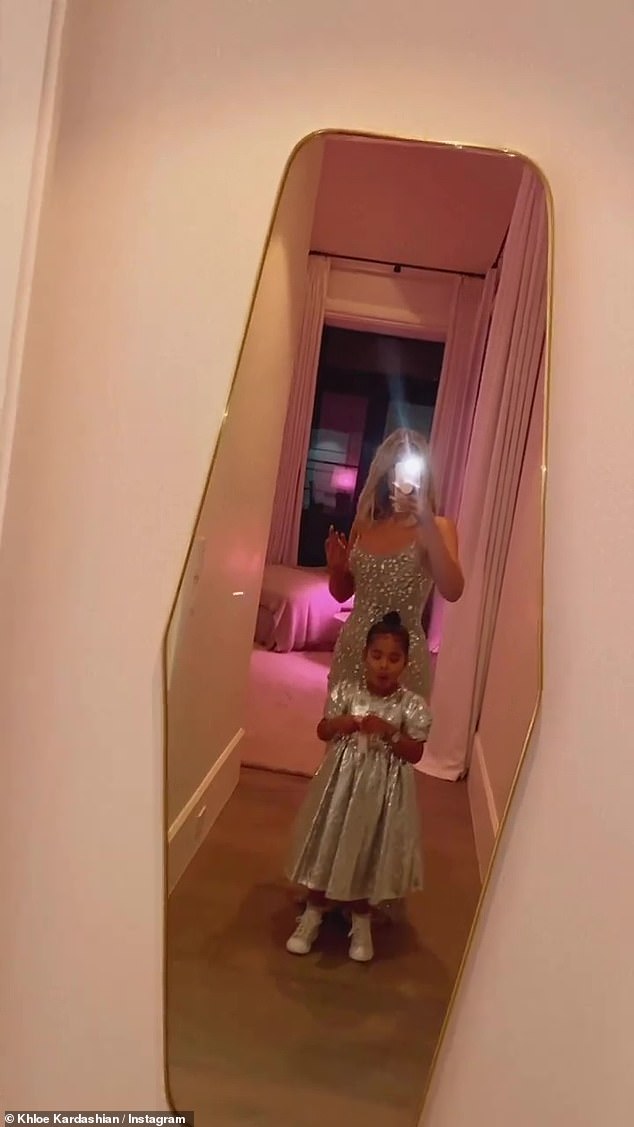 Seasonal style: True wore a shimmering silver dress with her locks pulled up in a bun 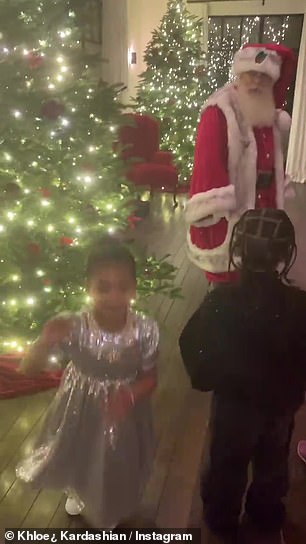 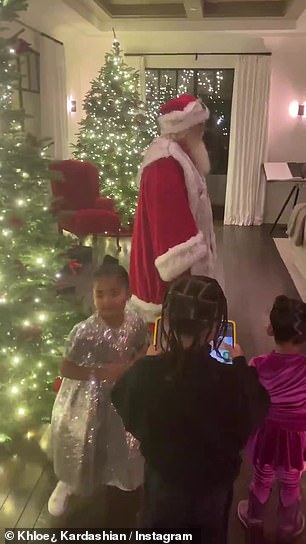 He’s here! Khloe shared a clip of True and other youngsters on hand greeting Santa Claus 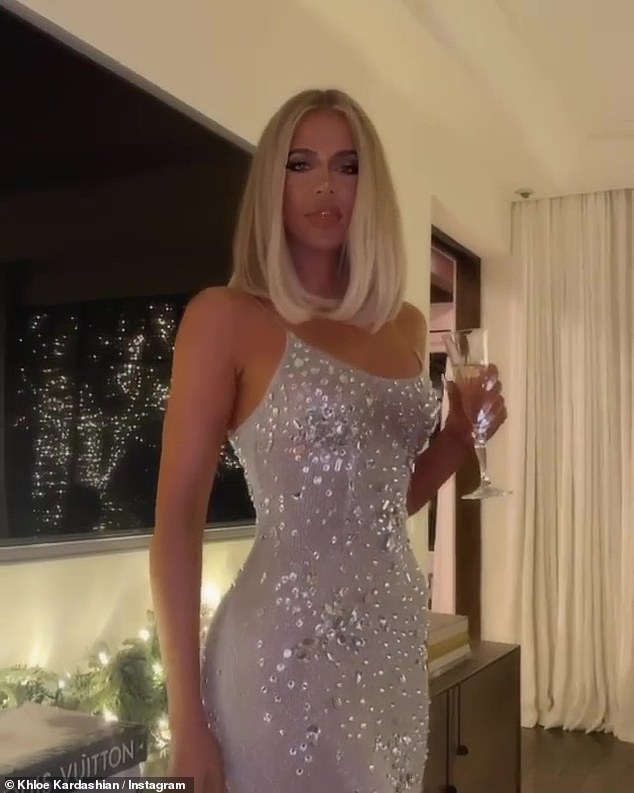 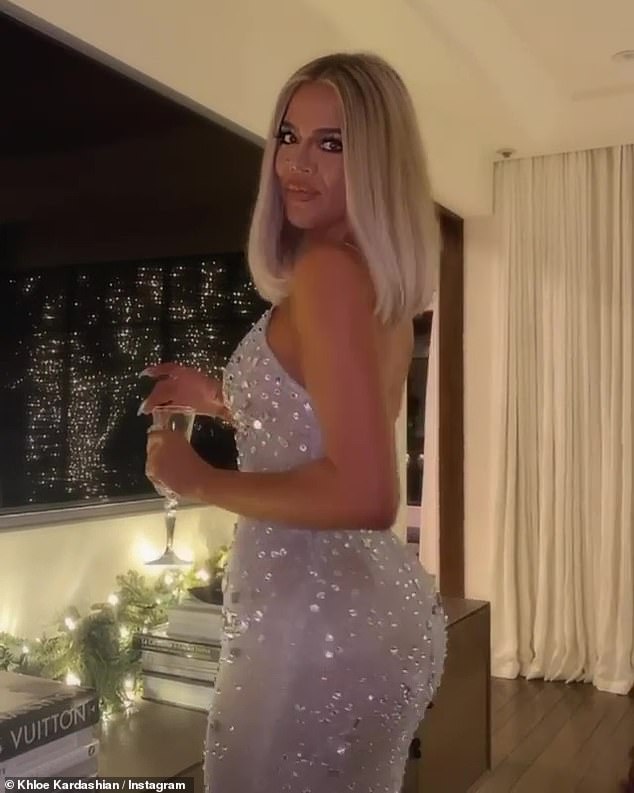 Luxe life: The reality star posed in front of a large TV and desk decorated with books and

The outlet reported that Kris planned on having her daughters and grandchildren present, but few others.

In the past, the reality TV family has had huge gatherings with celebrities in attendance and performing.

Both Khloe and her daughter had to quarantine after they tested positive for COVID-19 in October.

‘Hi guys I wanted to let you know True and I tested positive for Covid,’ Khloe tweeted in October. ‘I’ve had to cancel several commitments and I’m sorry I won’t be able to make those happen. Luckily I have been vaccinated so all will be ok. We will be over here in quarantine and following current guidelines.’