The Good American Jeans co-founder shared a cute video of her baby girl playing around in the hot tub on Friday. 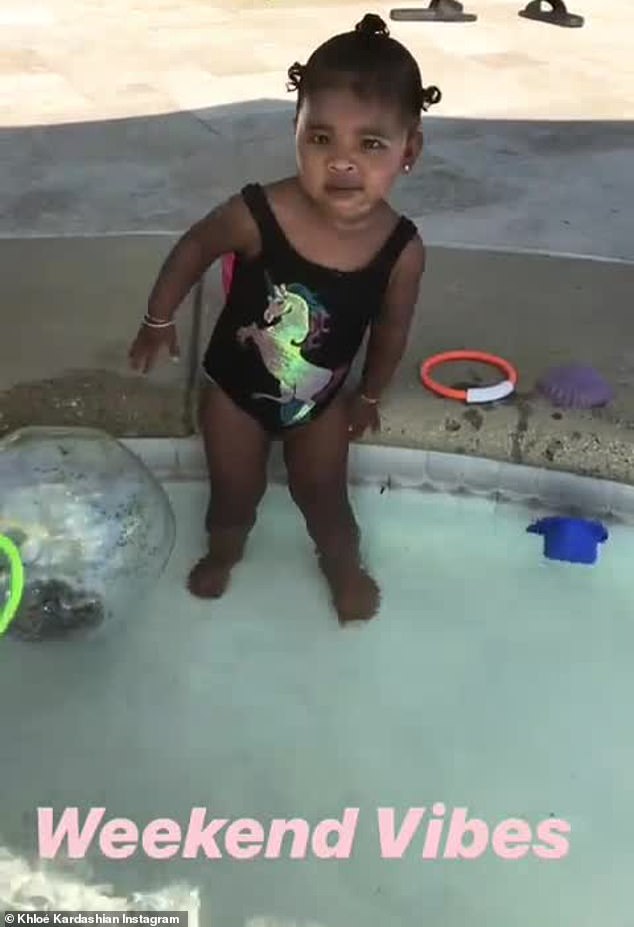 Splash time: Khloe Kardashian doted on daughter True Thompson while she splashed around the hot tub on Friday

True looked like she was having a great time as she bounced around the shallow end of the hot tub while mom watched.

The little one looked darling in a iridescent unicorn print one-piece while her short hair was combed back into two little buns.

While wading in the shallows, she clapped and moved to the reggae tune World A Reggae by Ini Kamoze. 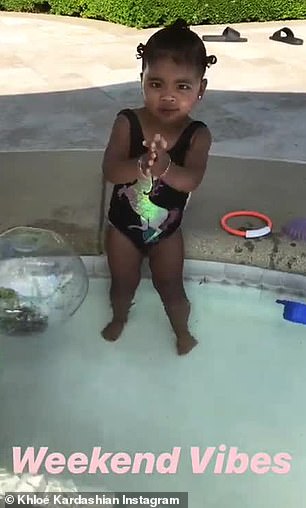 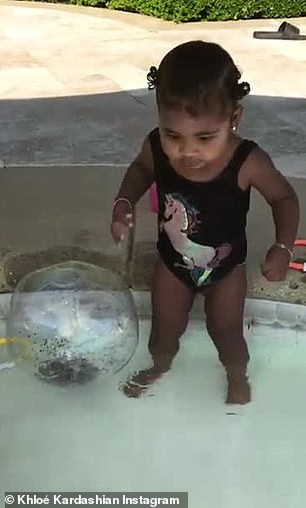 Fun in the sun: True looked like she was having a great time as she bounced around the shallow end of the hot tub while mom watched 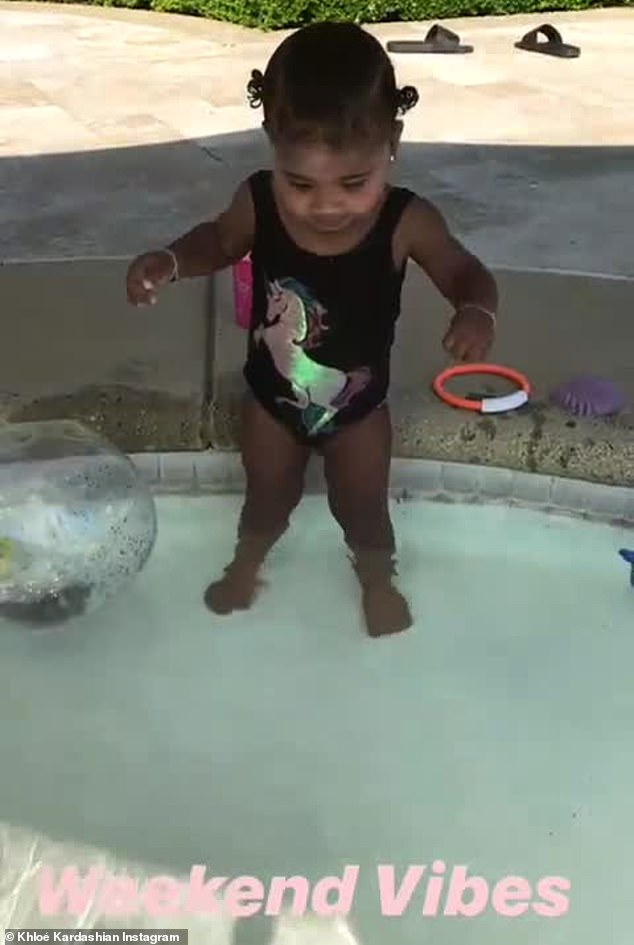 Jah: While wading in the shallows, she clapped and moved to the reggae tune World A Reggae by Ini Kamoze

The Keeping Up With The Kardashians star split from True’s father Tristan Thompson when he kissed Jordyn Woods at a party in February.

She insisted that despite his infidelity, she could never hate him because he helped her ‘create an angel’ in their 15-month-old daughter True.

Khloe made the comments when she responded to an Instagram post which read: ‘I know Khloe hates Tristan but Baby True starting to look just like him.’

The Revenge Body host said she isn’t ‘holding on to hate’ because she’s too busy raising her ‘beautiful baby’ in Los Angeles. 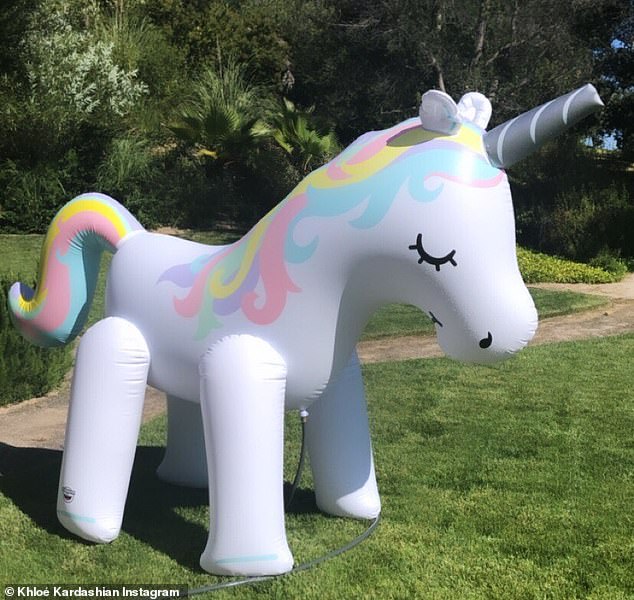 ‘Why would I ever hate anyone who helped create such an angel? People make mistakes but I won’t hurt my own healing by holding on to hate,’ she responded. ‘I’m too busy raising my beautiful baby and securing that [money bag emoji] to hate any individual. Sweet True has always looked like her daddy. She’s beautiful!!’

Khloe also claimed that her baby girl is ‘the star of my life’ as she navigated her career and parenthood.

‘At dinner one night, when I was looking for baby names, MJ, my grandmother, said, “You should name the baby True.” I was like, “Oh my gosh, I love that name.” I love that there’s family history, a story behind it,’ she said.

And sources claimed that the Good American designer has an ‘unbreakable bond’ with her first child.

‘Khloe spends every day and night with True because she feels it’s very important for True to always have a parent around and since Tristan is not around much, she wants to make sure she sees True daily,’ a source said. ‘She takes True everywhere with her. She has a nanny and assistant helping her, however, she’s extremely hands on and does a lot of things herself.’ 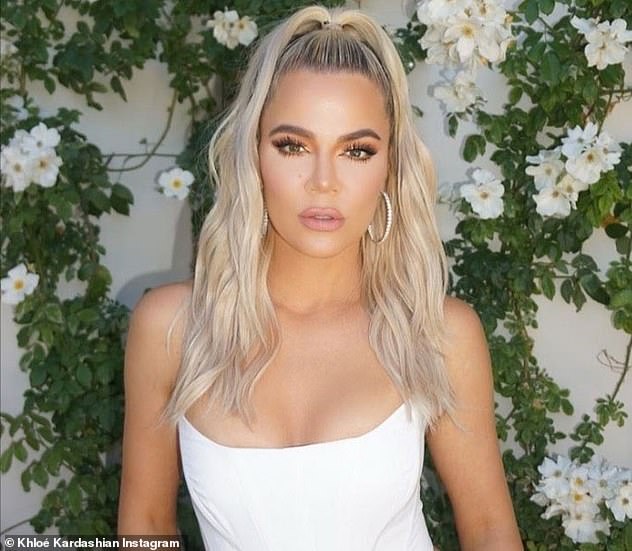 Out with the old: The Keeping Up With The Kardashians star split from True’s father Tristan Thompson when he kissed Jordyn Woods at a party in February.